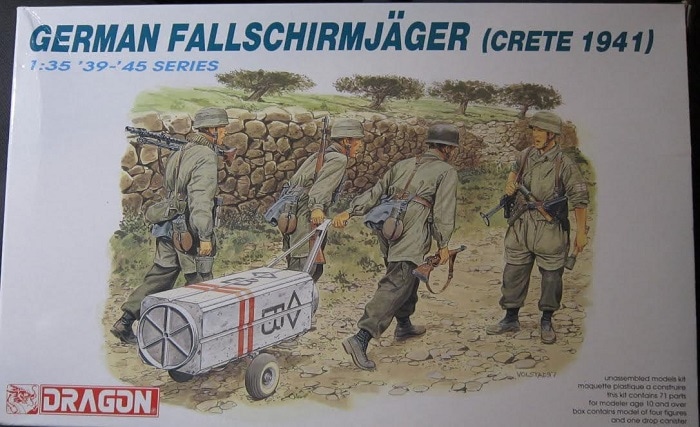 The Fallschirmjäger (German) were the paratrooper  branch of the German Luftwaffe before and during World War II. They were the first German paratroopers to be committed in large-scale airborne operations and came to be known as the "green devils" by the Allied forces they fought against.

DML Dragon is a prolific model manufacturer based in Hong Kong China. They make all manner of model subjects in the popular scales.

The box art shows 4 German paratroopers moving down a gravel road next to a stone wall that has and orchard behind it.

They all wear paratrooper's jump smock (2nd pattern), the paratrooper type steel helmets (some with canvas covers), field-grey pants tucked into the tops of their shoes.

The lead trooper is facing the other 3 men and appears to be barking orders at them. He is armed with a MP40 submachine gun, has a pistol holster on his belt and a potato masher type grenade tucked into the belt. He has a potato masher grenade in his left hand.

The next two troopers are pulling a wheeled steel equipment container that carried their weapons and supplies.

They each are armed with 98K carbines. One trooper carries his in his right hand and the other one has his slung over his back. They each carry dark colored canvas bread sack on their backs and canteens. One of them has a pistol holster on his belt and a bandoleer of 98k ammo around his neck.

The fourth and last trooper is walking behind the 2 pulling that cart. He has a MG34 over his left shoulder and is carrying the ammo drum for it in his right hand. He has a dark colored canvas bread bag too on his back and a canteen and a pistol holster on his belt.

One side panel of the box has 2 color box arts of other figure kits that DML makes: kit no. 6067,13th Mountain Division "Handschar" troops & kit no. 6068, Soviet Army Scouts & Snipers.

​The other side panel says that the kit contains parts for four figures and paint and glue are not included.

This is followed by the kit's copyright date of 1997 over DML's street address in Hong Kong, China and the kit was manufactured there.

There is a 2-view illustration in color of each of the figures and one view of the equipment container. The cart has black markings on it of a diamond over a letter B and then 2 stripes surrounding the unit.

Below that there are black and white line drawings of a gas mask case, a 98K carbine ammo pouch (bandoleer) and paratroopers jump smock (2nd pattern). 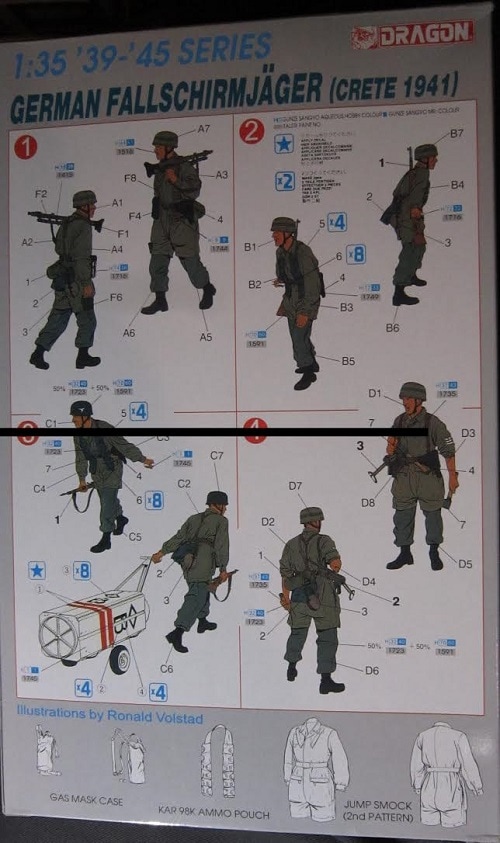 ​All illustrations are by DML's resident artist Ron Volstad.
​WHAT'S IN THE BOX:

This kit contins 4 light-grey trees of parts (3 of which are co-joined), a decal sheet and a sheet of assembly instructions for the cart in 2 sealed cello bags. 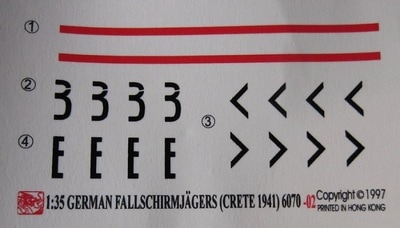 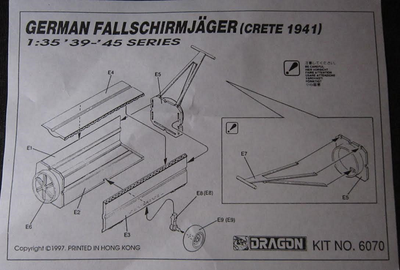 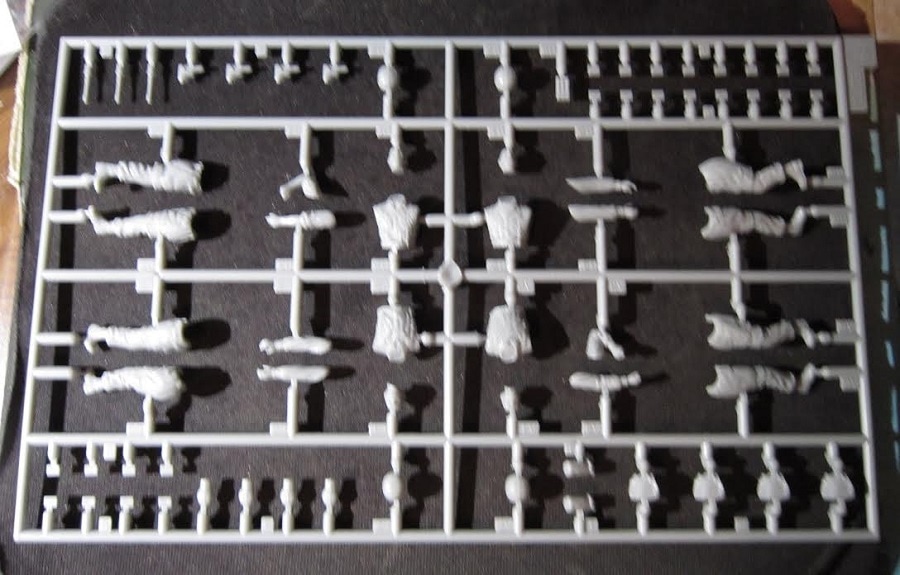 ​The second light-grey tree is the co-joined 3 small trees.

One holds the parts for the equipment container (11 parts)

The next small tree holds a MG34, its extended and folded bipod, 2 ammo drums for it, a pouch and a belt of its ammo. (8 parts) 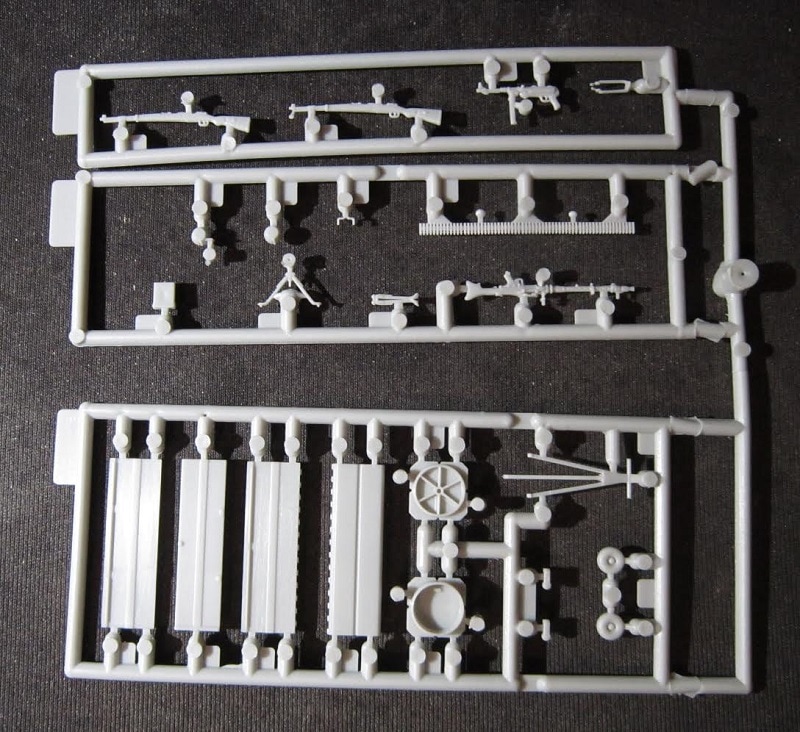 ​This is a neat kit with some good poses and details.

Highly recommended.
​I purchased my kit back in the 90's at my local hobby shop.