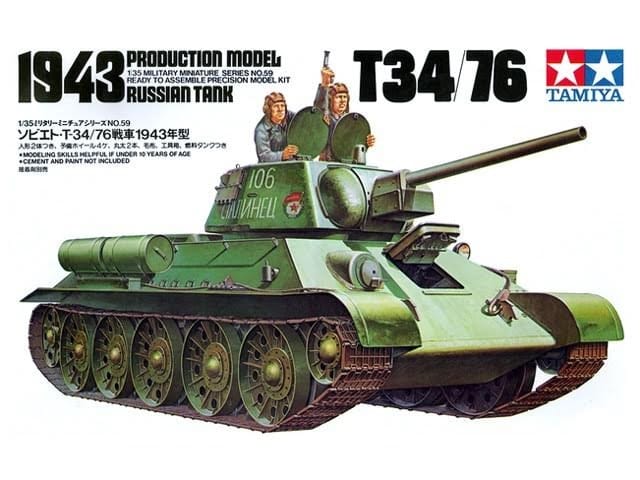 Kit no. MM159
By Ray Mehlberger

Soon after the beginning of Operation Barbarossa (campaign against the Soviet Union), intellegence officers in the operation room of the Supreme Commander of the Wehrmacht (OKW) recieved papers in succession which reported German victory over the Russians. The officers going through the papers looked full of self-confidence and men operating typewriters were elated with the victory.

Now the story comes back to the 1930's in the Soviet Union. Recognizing the need of tank forces, Joseph Stalin and the brains of the Red Army decided to develop high-speed light tanks and attacking heavy tanks, after athe example of the United Kingdom that had acquired a position as a leader in the theory regarding tanks, and tank tactics. The Russian authorities introduced into this the idea of the "Operation Plan 1919" of Fuller who ws said to be a genius in tank tactics.

Thus were born Russian BT tanks, which developed from the first model 1 through the model 7/2 into the last B7-7M (BT-8). In the meantime, the Russians improved on the Christie suspension which had proved to have some disadvantageous points, and repeatedly put it to practical tests.
The shape and construction of the BT tanks indicated the basic design of Russian tanks to be developed later. The features of the BT tanks included sloping armour plates on the body, characteristic cylindrical turret which projected rearward to contain projectiles, and diesel engine employed in the last model. These features were all inherited by later Russian tanks, which developed into modern tanks.

The A-20 and T-32 tanks, successors to the BT tanks,were designed  by a team which consisted of M.E. Koshkin, who served as chief designer and young able engineers from the Leningrad Technical Institute who ranked beside Kotin, designer of the KV tank.

In 1938, Koshkin's design team was ordered to design a new medium tank. Unlike the A-20 and the T-32 which used both wheels and tracks, the new tank was to be a full-tracked fighting vehicle. It was to have a weight of 25 tons, armour thickness of 45 mm maximum, a 76.2 mm main gun, Christie-type suspension, and Russia's proud V-2 diesel engine which proved successful in the BT-7M.

In reply to the efforts of the designers, Russian production engineers developed new production processes with "More an Faster" as their motto. One of them was "chilled casting" which took the place of conventional sand-mould casting. The chilled casting employed metal moulds and could be called a kind of die casting. It was used in making large castings for the diesel engine, the heart of the T-34 tank.This process, unlike the sand-mould casting, required little skill which could be attained in a very short time.

Also, large presses were employed to stamp out armour plate for the T-34 tank. They were able to stamp iron plates with thickness up to 45 mm and produced mainly turret roofs and side armour plates in large quantities. These production processes ere based on the Russian priority principal and sybolic of thorough-going Slavic rationalism.

On the other hand, the V2-34 diesel engine, the heart of the T-34 tank, compared favourably in precision with engines manufactured in West Europe. German engineers were suprised at the precision of the diesel engine when they inspected captured T-34 tanks. It is said that they took their hat off to Russian engineers who made parts of light aluminum alloy used in some components ofthe diesel engine.

They have done the T-34/76 at least 3 times. I have all of these kits. There is the 1942 version, this 1943 version and the CHTZ version. The most noticeable differences are the road wheel patterns, different in all three and the turret difference of the CHTZ one.

The box art shows a T-34/76 1943 version posed against one of Tamiya's signature all white backgrounds that they use for most of their box arts.

The tank is overall Russian dark green with a white no. 106 over a Russian word and a Order of the Red Banner logo on the sides of the turret. There are 2 crewmen looking out of the top turret hatch. One is firing a flare signal pistol. Both wear leather tanker's helmets.

One side panel has a color illustration of a 1942 and a 1943 version T-34/76. The 42 one is unmarked and in a covering of winter white wash. The 43 version is overall dark Russian green with a white turret no. 20. These are followed by the history of the T-34/76 in Japanese and mention of Tamiya being in Shizuoka City, Japan.

The other side panel shows color box arts of  4 other AFV kits that Tamiya makes. These are all shown posed against scenic backgrounds and not the usuall all white.

No kit numbers are provided for these 4.
​WHAT'S IN THE BOX:

The instructions consist of a single sheet that accordion folds out into 8 pages in 8 1/2" x 11" format and printed all in Japanese.

Page 1 begins with a black and white repeat of the box art, followed by the history of the T-34/76 in Japanese and an illustration of the 1942 version and a KV-1 tank.

Page 2 continues the history in Japanese and shows a wartime black and white photo of a column of T-34's over a illustration of a German Pz.Kpw. IV ausf. F, a Tiger and a Panther. Also a Russian tank unit makeup size.

Page 3 has a part name list in Japanese and the parts trees illustrations.

Page 4 through 6 gives a grand total of 8 assembly steps.

Pages 7 & 8 have the color and marking illustrations.

There is a 3-view of a T-34/76 that is in a base of dark Russian green with wave pattern of winter white wash over it, but no markings.

Four different turret slogans are shown. One just has the no. 20 on the turret sides. The second one is the box art scheme and the last two are patriotic or donation marks. I donno what they say and the Japanese text is not translatable for me. Don't read Japanese...sorry. 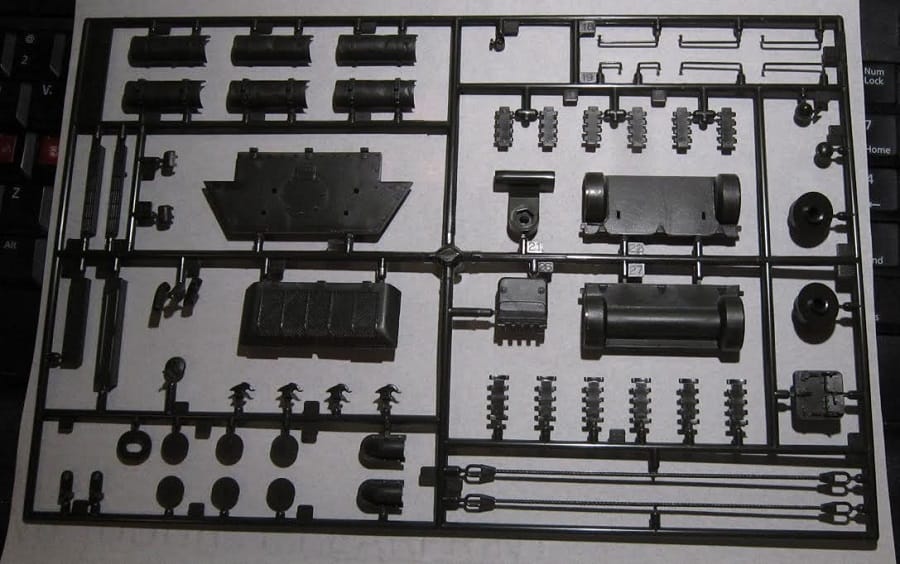 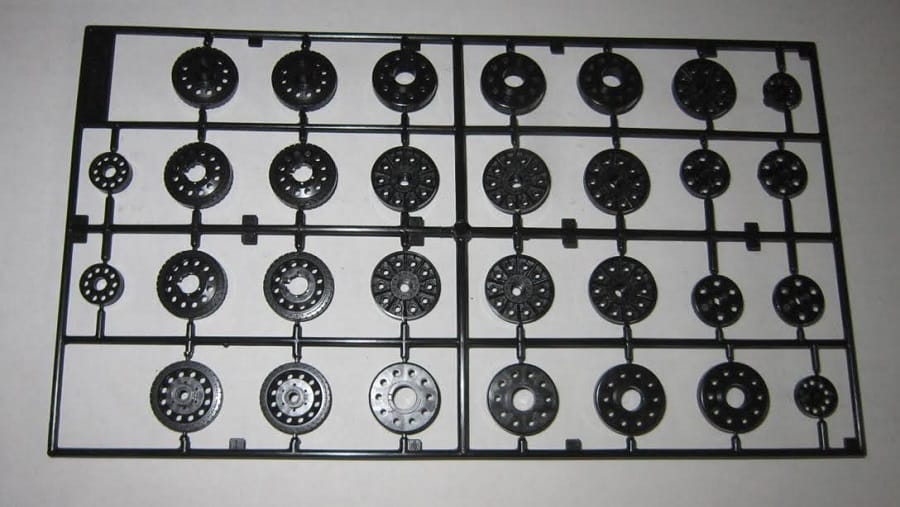 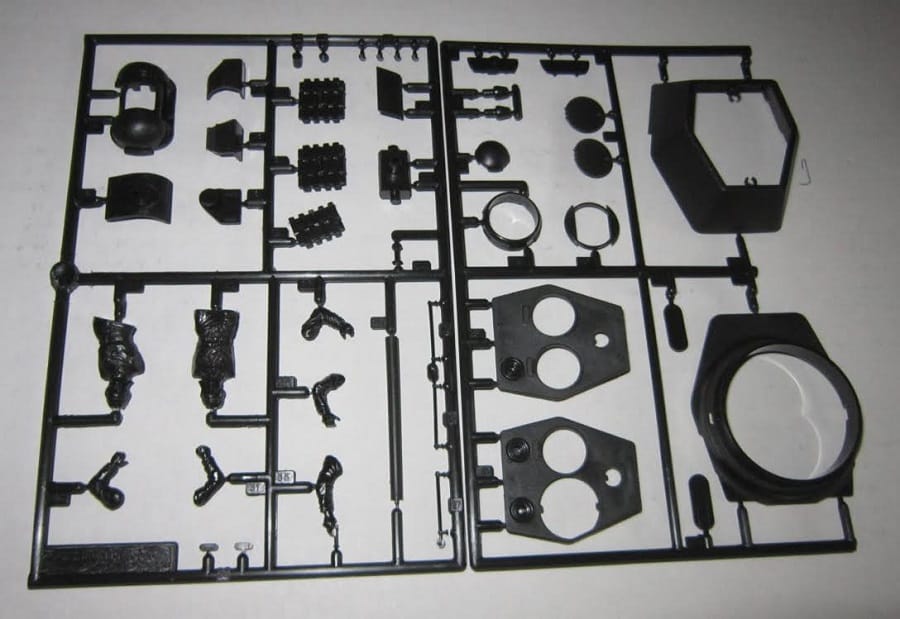 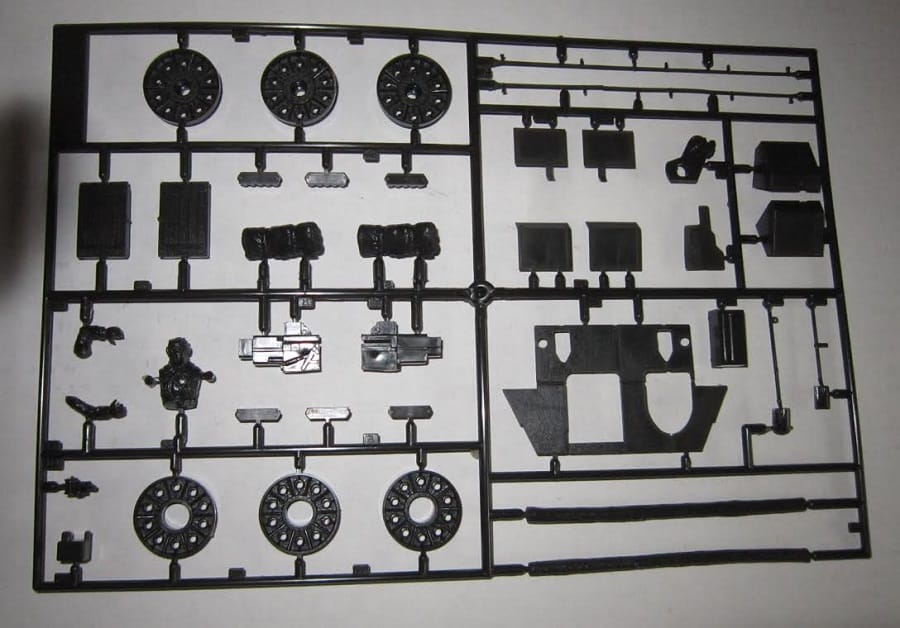 The one piece upper and lower hull parts complete the plastic parts in the kit and are identical to the 1942 Production Model reviewed earlier. 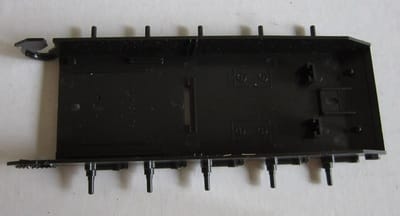 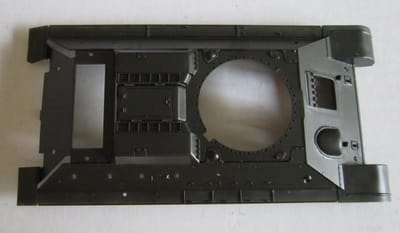 ​The black vinyl treads are next there are 2 long runs of these rubber band type treads. These are the old type that needs to be super glued or heat welded into a loop. Not the newer glueable type seen in today's armor kits.

​The length of brass rod and the steel screw and nut are next. 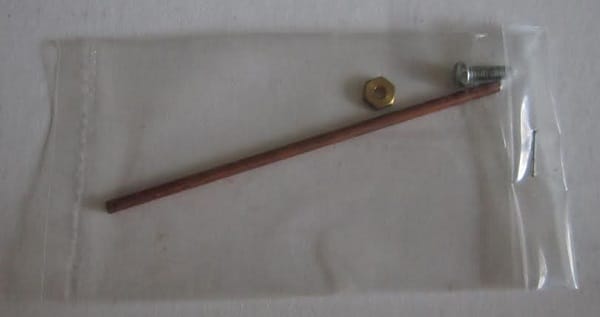 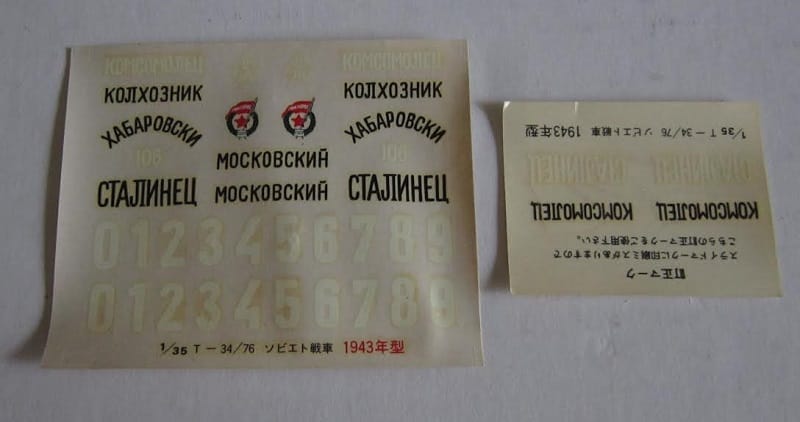 ​
This is a neat kit of the T-34/76 1943 version. It complements the 1942 version that Tamiya markets and is enough different for the differences to be noticeable.
​Highly recommended.