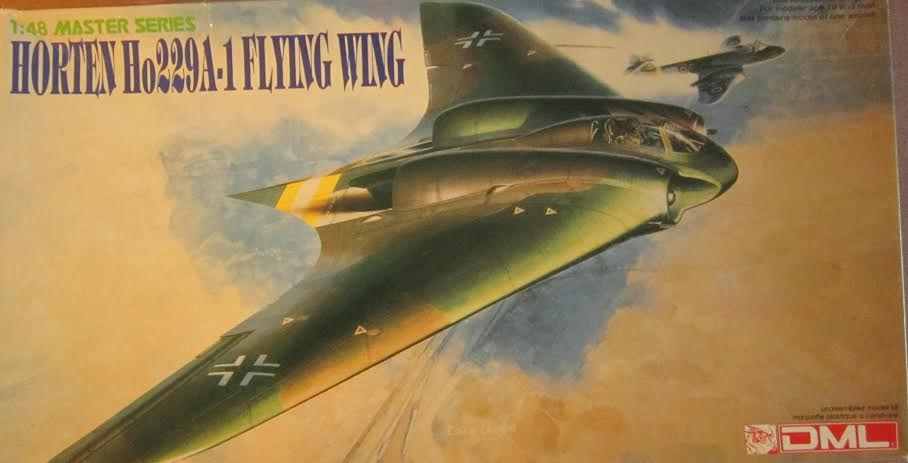 The Horten H.IX, RLM designation Ho 229 (or Gotha Go 229 for extensive re-design work done by Gotha to prepare the aircraft for mass production) was a German prototype fighter/bomber initially designed by Reimar and Walter Horten to be built by Gothaer Waggonfabrik late in World War II. It was the first flying wing to be powered by jet engines.

Only jets could provide the speed, but these were extremely fuel-hungry, so considerable effort had to be made to meet the range requirement.

Based on a flying wing, the Ho 229 lacked all extraneous control surfaces to lower drag. It was the only design to come even close to the 3×1000 requirements and received Göring's approval. Its ceiling was 15,000 metres (49,000 ft).

The box art shows a Ho-229A-1 flying above the clouds with a British Meteor jet fighter behind it. It is overall dark-green with a yellow, white, yellow fuselage band and has skeletal white German crosses above the wings.

A corner of the box art says the kit contains 127 parts and is for modelers age 10 and older. Kit contains one aircraft model.

One side panel has a 1-paragraph history of the aircraft in 6 languages, including English and Marco Polo Import Inc's address in City of Industry, CA, who was the U.S. distributor of this kit in 1992 and their FAX and telephone numbers.

The other side panel has 3 color walk-around type photos of the model made up in the box art scheme.

Marco Polo's address and phone number are repeated. Kit was made in Hong Kong, China.
​WHAT'S IN THE BOX:

This kit contains 7 light-gray trees and the decal sheet in 4 sealed clear cello bags, a steel PE fret with a stiff cardboard sheet in a cello bag that is stapled to a cardboard shelf at one end of the tray, the instructions and a small sheet with illustrations of the PE parts that is saying that 2 parts are excess and not needed to complete the kit.

Page 1 begins with a black and white repeat of the box art, over the history of the Ho-229A-1 in 6 languages, including English.

Page 2 begins with CAUTIONS about the kit, over international assembly symbol explanationas and a suggested paint color listing of Gunze Sangyo and Italeri brands of paints in the 6 languages, above a black and white photo of the model made up in the box art scheme, showing the nose-gear door with a red 13 outlined in black on it.

Page 3 through 5 give a total of 9 assembly steps.

Page 6 has a 4-view of the aircraft and a view of the engine, for marking and painting of the box art scheme. It is as it looked in 1945 in Berlin.

Page 7 has another 4-view of a Ho-229A-O in overall dark-green over a light-blue undercarraige. It has solid black German crosses outlined in white and a yellow, white, yellow fuselage band. It is as it looked in Friedrichsrode in 1945.

Neither is showing a swastika on the tail. I believe the actual aircrafts had those.

Page 8 has the parts trees illustrations down the left side and decal application instructions down the right side in the 6 languages. The copyright date is 1992 and printing was done in Hong Kong, China. 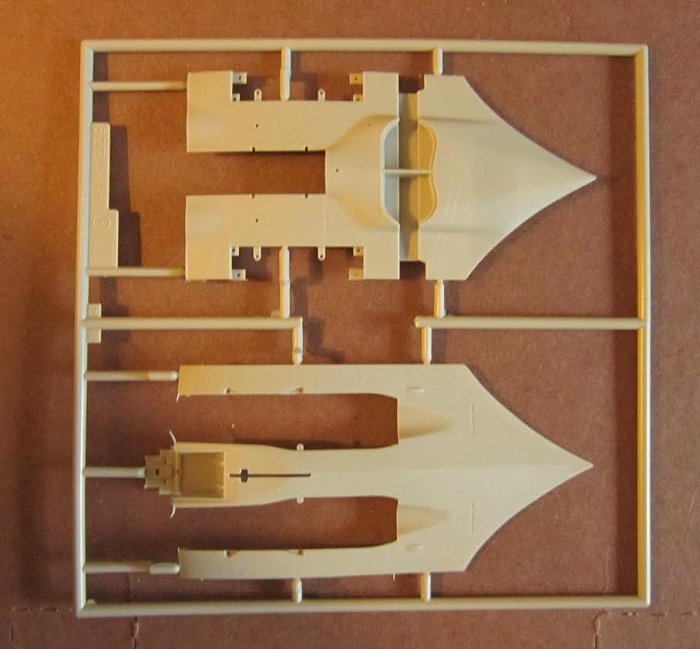 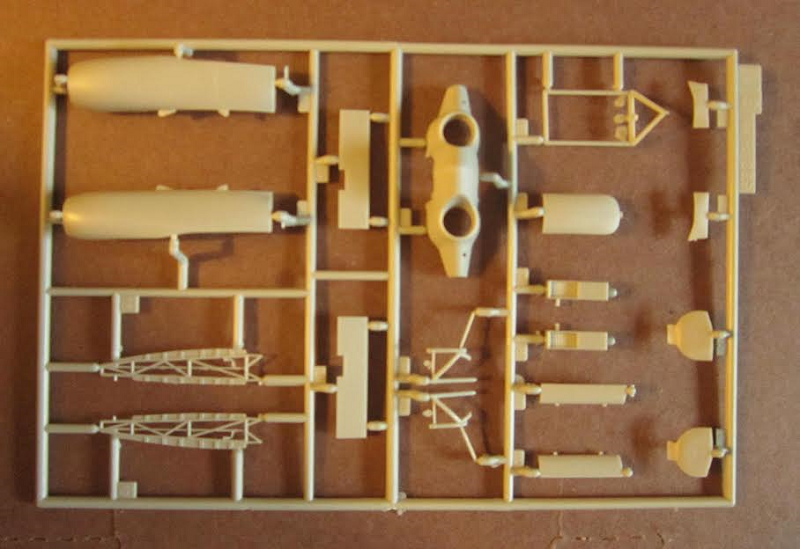 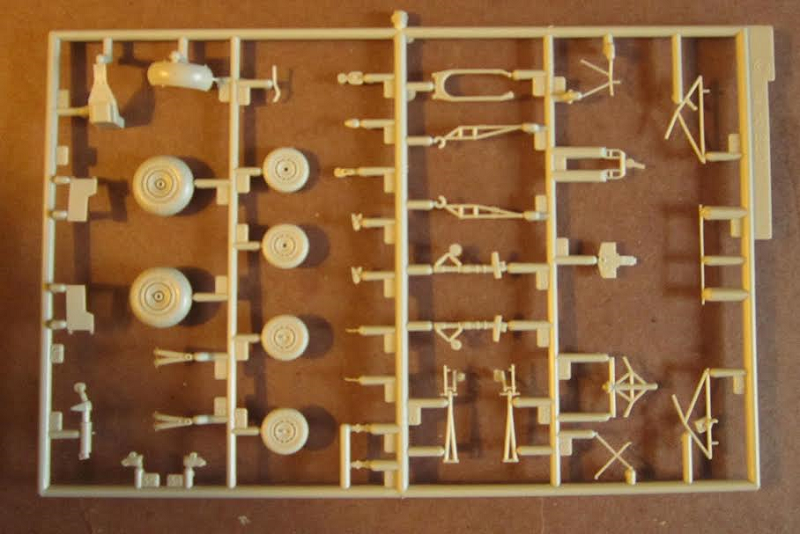 ​There are are 2  light-gray letter D trees. They hold upper and lower wing halves. (2 parts per tree) 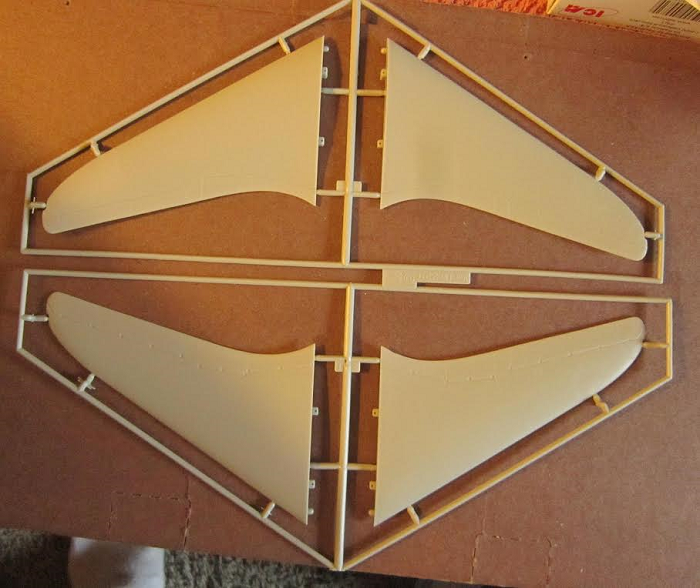 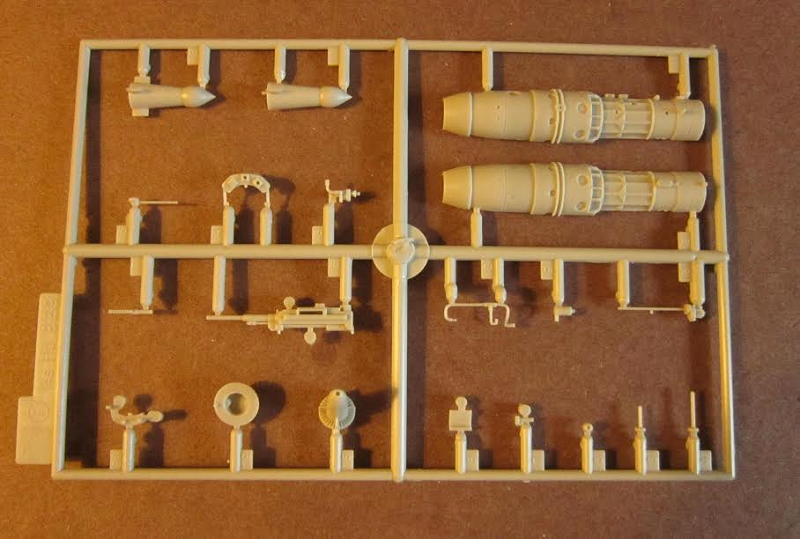 ​letter MA is the steel PE parts. I cannot identify all these except for antenna (18 parts) 1 part is excess. 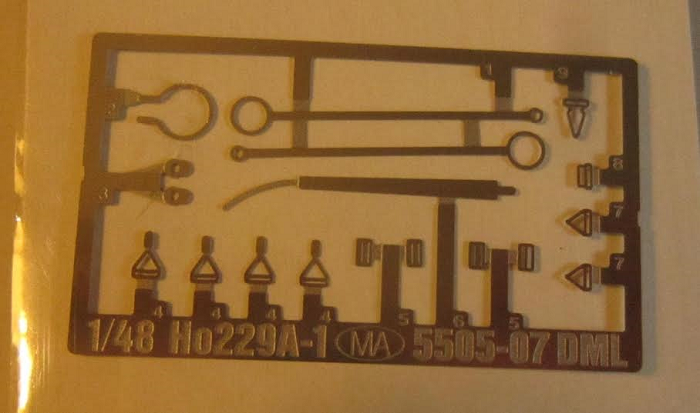 The antenna that is excess to the model. 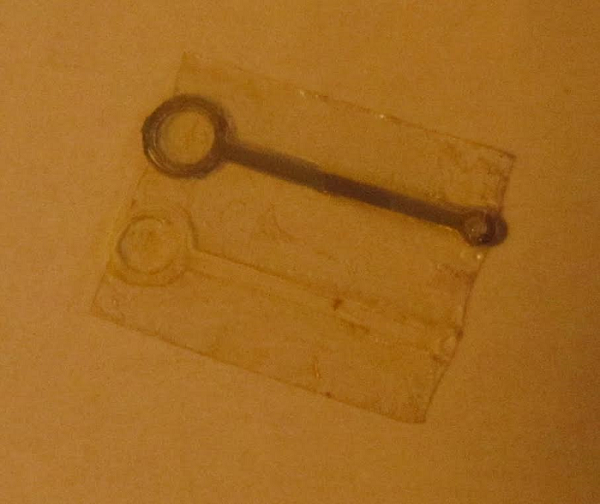 The parts layout for the photo etch pieces. 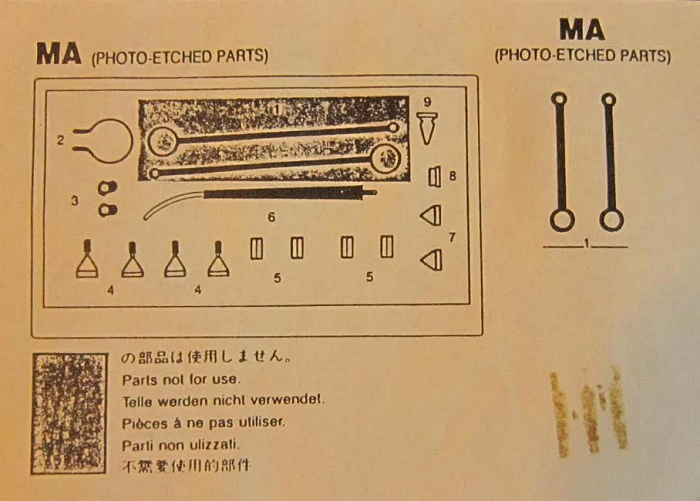 ​The kit has great detail. There is no pilot figure included though.
Highly recommended.