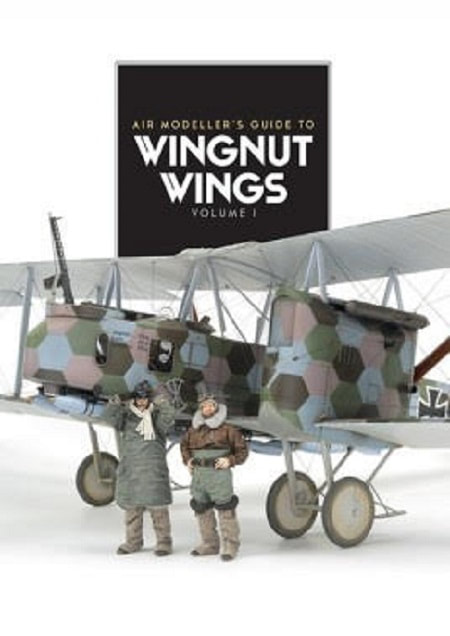 World War I was the first war in which aircraft were deployed on a large scale. Observation balloons had already been employed in several wars, and Germany employed airship Zeppelins for reconnaissance over the North Sea and strategic bombing raids over England.

Aeroplanes were also originally used mostly for reconnaissance. Pilots and engineers learned from their experiences leading to the development of new designs such as fighters, bombers, and ground-attack aeroplanes. Ace fighter pilots became popular heroes and the designs have remained close to aviation enthusiasts’ hearts ever since.

experienced, with guides on painting techniques and finishes, and subjects such as rigging, all backed by advice on available after-market details and decals.

A feature on painting the large range of figures available will guide even the novice figure painter to achieve good results with information and reference on the air crew's uniforms.

It is all printed in color on slick-coated pages.

There are over 500 color photos in this book.

Each chapter is on a Wingnuts brand 1/32nd scale model. We are walked though the builds of these aircraft kits step by step and it is very therough and informative.

The German Hansa Brandenburg by modeler Daniel Zamarbide Suarez.
This is a monoplane floatplane.

The last pages in the book have tips and hints on rigging, wood grain and a listing of after-market suppliers.

The very last page has an advertisement and application blank to get the Meng Air Modeller via an I-pad.

This book is very helpful to the novice WWI modeler and will really get a new modeller of this era started for sure.

It is said that coming late last year would be the Wingnuts book vol. 2 the cover art of that book is ove a twin-engined floatplane biplane British bomber...neat.

A complete listing of AFV Modeller books can be seen at:
www.casematepublishing.com