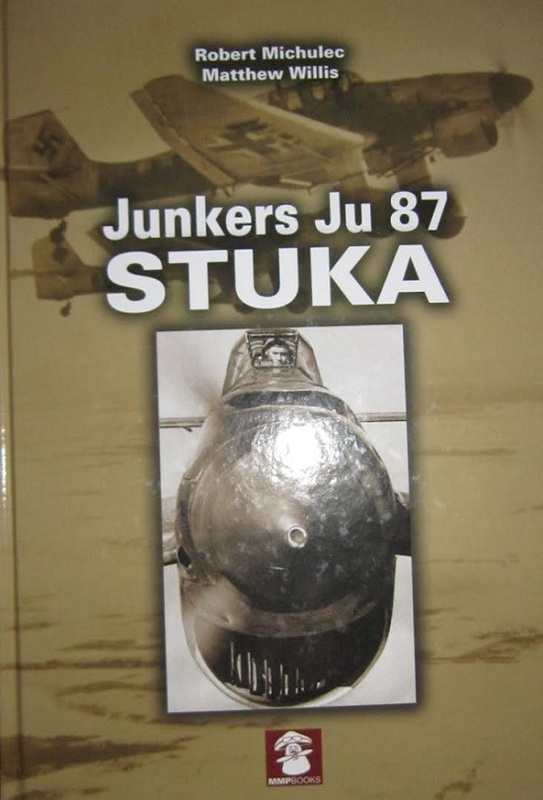 The Junkers Ju87 was one of the most critcally important aircraft of WWII. Utterly synonymous with the devastating Blitzrieg warfare that allowed German forces to sweep across Europe, the Ju87 is symbolic of both the zenith and the nadir of the concept of the tactical dive bomber.
So iconic is the Junkers creation that the abbreviated German term for the dive bomber, "Stuka", has become a name for the Ju87 alone. (Stuka is short for Sturzkampfflugzeug, literally "dive-bombing warplane")

The arrival of the Ju87 was an item that also clearly signalled the intent of Hitler's Third Reich as it could not be regarded as a defensive weapon, but only one for offense. Its effectiveness nevertheless came as a shock in 1939, despite the knowledge of German trials and limited use in the Spanish Civil War.

The Ju87 was employed as a form of mobile, tactically flexible artillery closely co-operating with infantry and tank forces. Stuka units used their devatating precision to punch holes in the enemy front lines, through which ground forces could pour.

The dive bombers would then hamper counter attacks and consolidate the position of the tanks and infantry. Conventional level bombing was unable to achieve adequate accuracy in these tasks partly due to the inadequacies of available bombsights and the greater technical difficulties associated with level bombing. In addition, the psychological and propaganda effect of this terrifying "super weapon" had a deonstrable effect upon the Germans enemies and a positive effect on the German ground forces morale.

In this way, Poland and later France and Belgium were over run in a matter of weeks, in each campaign. The deadly integration of forces allowed Germany to defeat countries with equipment of comparable quality. It was the Stuka , with its pinpoint precisiion, and howling dive-brakes and siren, that characterised Blitzkrieg.

However, when used outside its tactical niche, and without adequate air-superiority, the Ju87 proved vulnerable. In the Battle of Britain, after a successful campaign against Channel shipping, the Luftwaffe tried to use the Stuka in a strategic role for which it was never intended, or crews were trained. The type suffered unsustainable losses and was partly withdrawn. Later, in the Mediterranean and the Eastern Front, the Stuka regained its fearsome reputation.

Mushroom Models Publications Books (MMP) is based in the U.K. They have all their books printed in Sandomierz, Poland by Stratus in English. Stratus does their own line of books in Polish too.

The cover art shoes 2 Stuka's flyin above a head on shot of the nose of the Stuka.

There are 125 black and white wartime photos in the book.

There are 38 line drawings in 1/72nd scale included.

Color profiles by Simon Schatz number 26 and an additonal 3 by him are top views.

There are 5 data lists and 35 technical manual illustrations.

There is an illustration f the Stuvi 5B bomb sight.

Also included are color photos of a Ju 87 R-2 that is hanging from the ceiling in the Museum of Science & Technology in Chicago, IL U.S.A. These number 22.

There is a color illustration of the dashboard of a Ju 87 B-1 that has a listing of what all the instruments are, plus 2 tech manual illustrations of it.

This is one great book on the Stuka and highly recommended.

I want to thank Dr. Roger Wallsgrove, Editor-in-chief of MMP books and the folks at Casemate Publishing who sent me this great book.

This book and 2 other were sent me in a heavily padded envelope.

All MMP book titles can be seen on their web site at:
http://www.mmpbooks.biz