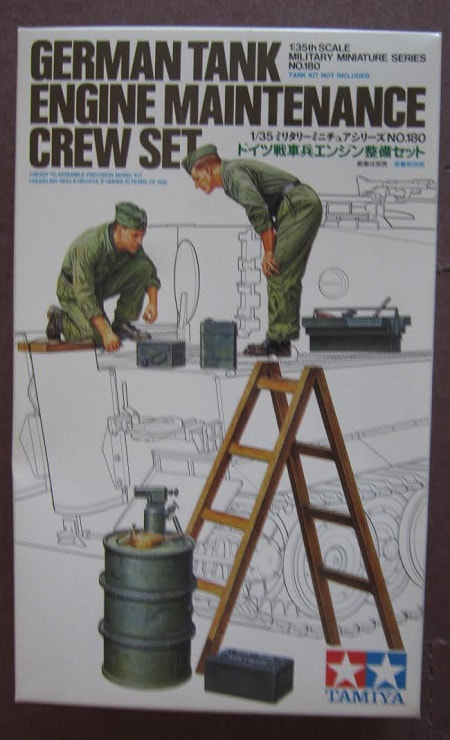 The box art shows 2 maintenance men atop the rear deck of a Tiger tank. Both men are in field-gray uniforms with side caps and low shoes.

One man is kneeling on one knee and holding a wrench. The other man is watching him and bent at the waist with his hands on his knees. There are 2 panzer-gray oil cans , a metal tool box and a wood tool box on the deck with them. The illustration of the Tiger's rear is a line drawing.
In the foreground there is a wood ladder and a fuel drum with a blow-torch and a oil squerter on top of it and a battery on the  ground.

One side panel shows color illustrations of a tubular wrench, a screwdriver, a hammer, a oil squerter, a blow-torch, oil cans, metal tool box, wood tool box, battery and a oil drum, followed by a paragraph in Japanese.

​
The other side panel shows small illustrations of Tiger variants and 2 views of a Maybach HL230 engine.

Inside the tray of the box there are 15 black and white photos out of Tamiya's armor photo album and illustrations of 3 variants of model cement they manufacture. 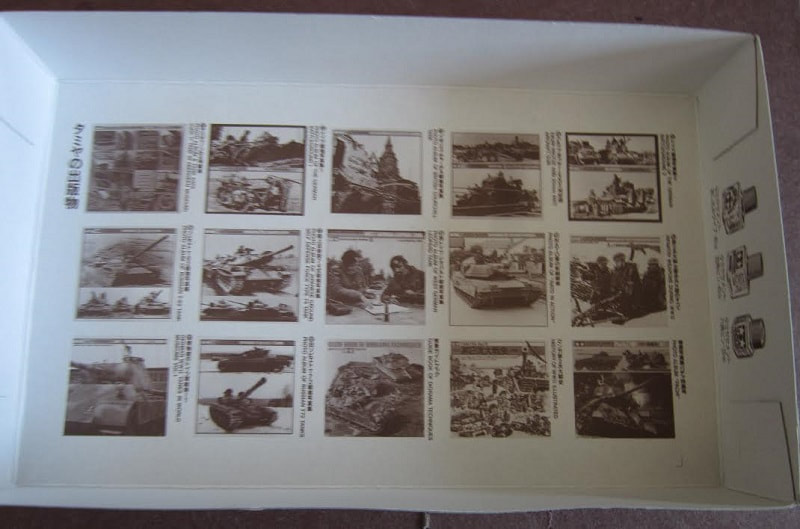 This kit holds 2 dark-gray trees in a sealed cello bag and the instructions.

The instructions consist of a single sheet folded in the center to create 4 pages in 7 1/2" x 11" page format.

Page 1 has the history of the crew in Japanese, English, German and French, with a line drawing of the Maybach HL230 P45 engine and small black silhouettes of the Panther, Jagdpanther, King Tiger, Hunting Tiger, Tiger I and the Sturmtiger.

Page 2 begins with READ BEFORE ASSEMBLY instructions, a list of tools needed and a color listing over the first 2 assembly steps in the 4 languages.

Page 3 to 4 give a grand total of 7 assembly steps.

The bottom of page 4 has the painting instructions in the 4 languages and a customer service coupon. 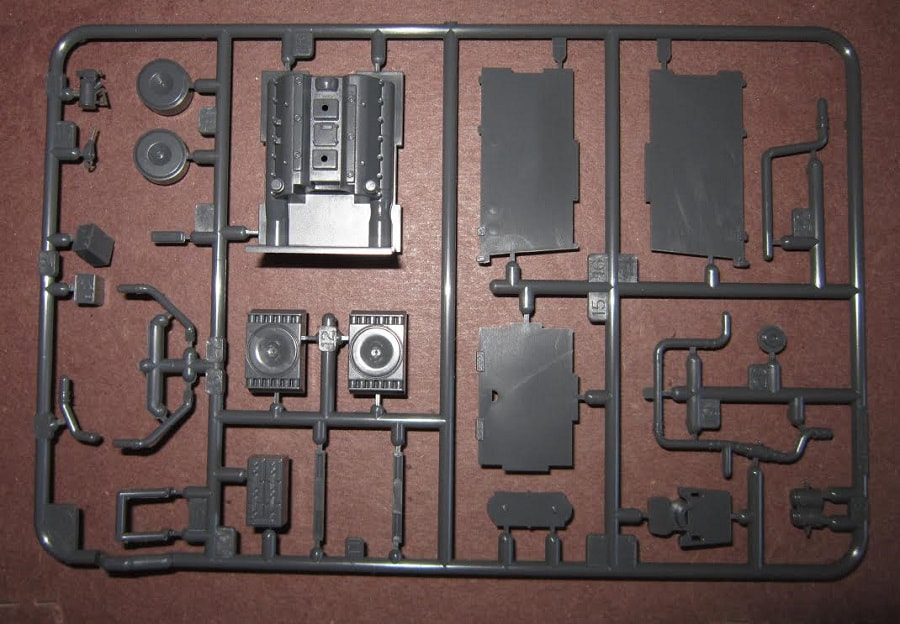 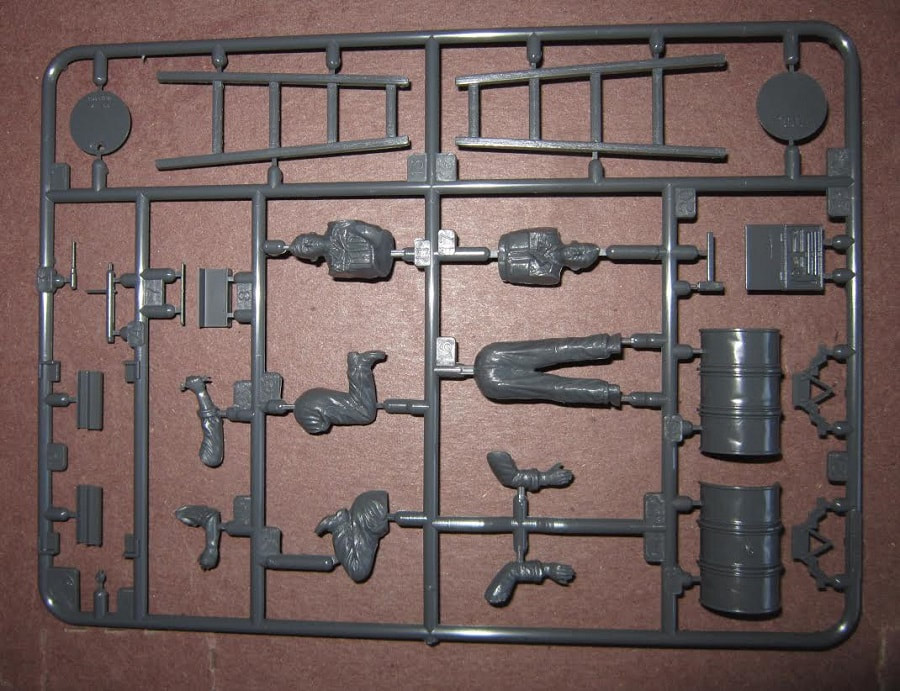 ​These figures will look great in a diorama of them working on a Tiger variant kit.
​Highly recommended.