In Box Review of Airfix 1/72nd
Scale Handley Page Hampden B. Mk. I

Pattern no. 491
By Ray Mehlberger

MSRP: 12.00 euro one place in Europe, but more places overseas have it as shown on Scalemates site.

The Hampden, which together with the Whitley and Wellington formed the R.A.F.'s heavy bomber force at the outbreak of the Second World War, was designed to a specification issued in 1932 and first flew on 21st June 1936. It was the first monoplane bomber to be built by Handley Page and was a great advance over the cumbersome biplanes which equipped the R.A.F. In the early 1930's, with a comparatively high speed and a useful bomb load, the Hampden showed great promise and the first production order was place within a few weeks of the prototype flying.

The unusually deep and slim forward fuselage of the Hampden, designed to reduce drag, gave it a distinctive appearance and earned it the nickname of "Flying Suitcase" and "Tadpole". In production, the fuselage was split and each side assembled complete with all the fittings and wiring before being joined on the center line. This and other advanced production techniques gave a very high rate of production.

By the end of 1938, the Hampden was in squadron service with the R.A.F. and contracts for further production had been given to British Electric and to Canadian Associated Aircraft. In addition, 100 further machines powered by the in-line Napier Dagger engine had also been ordered under the name of "Hereford", although eventually many of these were converted back to Hampden configuration. One Hampden was supplied to the Royal Swedish Air Force with whom it served for many years.

When the war began, ten squadrons of No. 5 Group were equipped with Hampdens and they immediately went into service on armed reconnaissance missions by daylight and in one action on 29th September, 1939 five Hampdens were lost to German fighters. Shortly after that Bomber Command ceased to operated the large bombers by day. Early in 1940, Hampdens began to take part in the night leaflet raids over Germany and also started their long career as mine-layers in enemy waters. In the Norwegian Campaign, the Hampdens once again were used as day bombers and because of high losses the rear armament was doubled and armor installed. In May 1940, Hampdens first bombed the German mainland and from then until September 1942 operated as night bombers, taking part in the first 1,000 bomber raids sand in regular attacks against Berlin.

Although obsolete as a bomber, the Hampden continued to serve as a torpedo-bomber operating from Britain and from Russia and these Coastal Command versions flew until the end of 1943. When production was completed, 1,580 Hampdens had been built in England and Canada, the last in March 1942 and the Hampdens had played an important role in preparing the way for four-engined bombers which replaced them.

The box art shows a group of three Hampdens making a bombing run. The lead aircraft has a wave pattern of dark green and earth over black undercarriage. It has white cowling fronts and a red fuselage code of P (roundel) EA and a small red serial no. AE238 under the elevators. It has a color illustration of Popeye on the side of the nose.

This kit contains 4 jet-black trees of parts, jet-black wing and fuselage halves and elevator fronts, 2 clear trees, decal and customer service coupon in a sealed cello bag. The clear display stand and instructions are not in the cello bag.

The trees are not alphabetized. 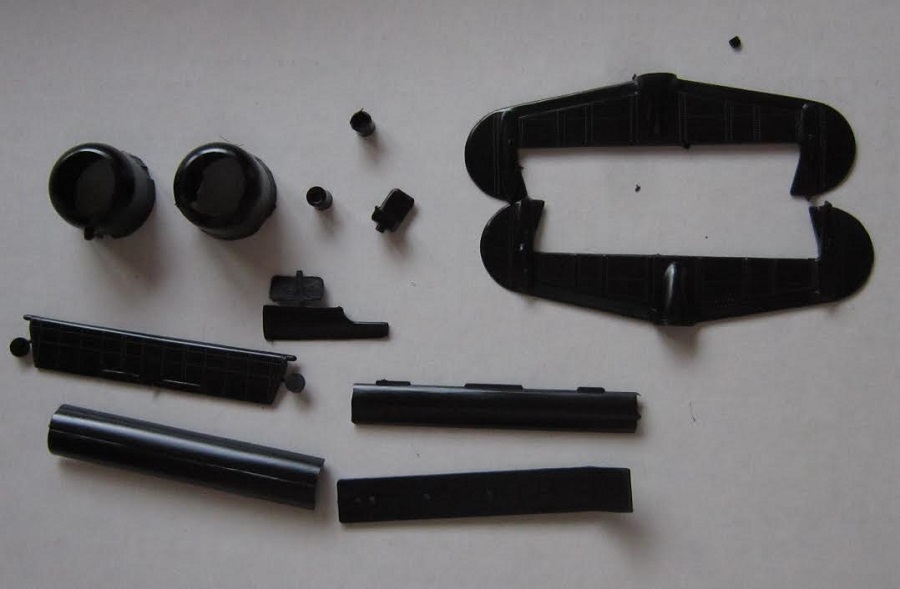 Loose jet-black parts have already been listed above. 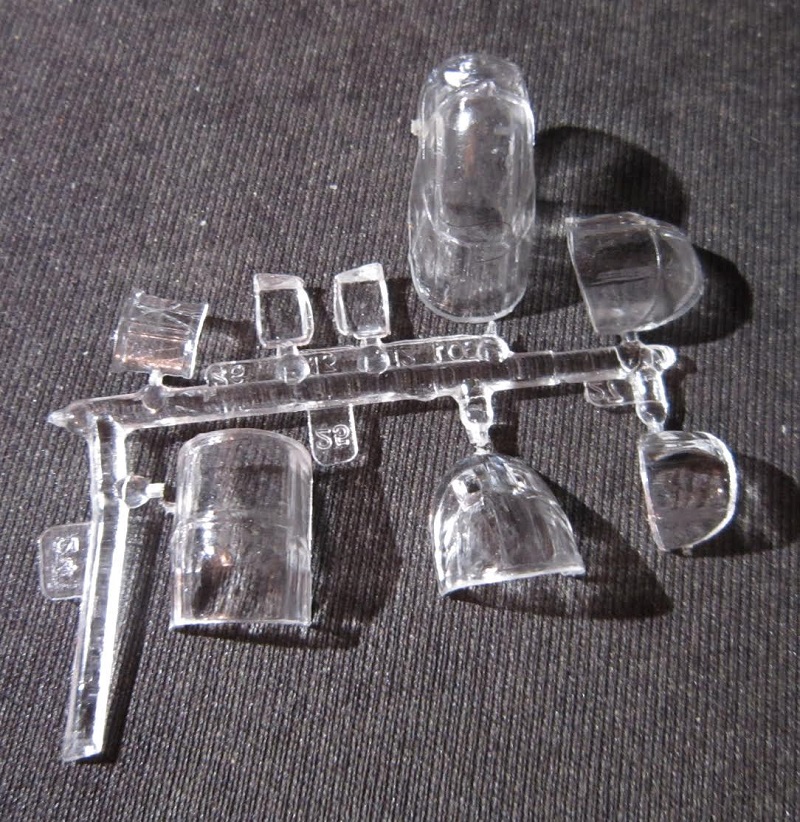 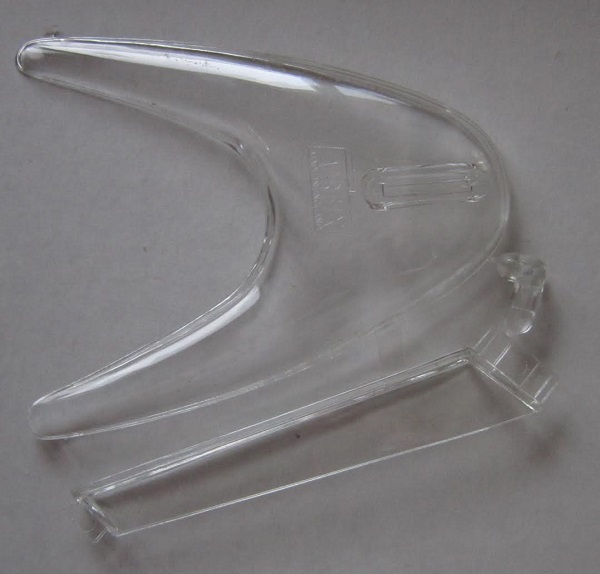 ​The decal sheet, instructions and customer service coupon complete the kits contents.
The decal sheet has a tissue to protect it's face. 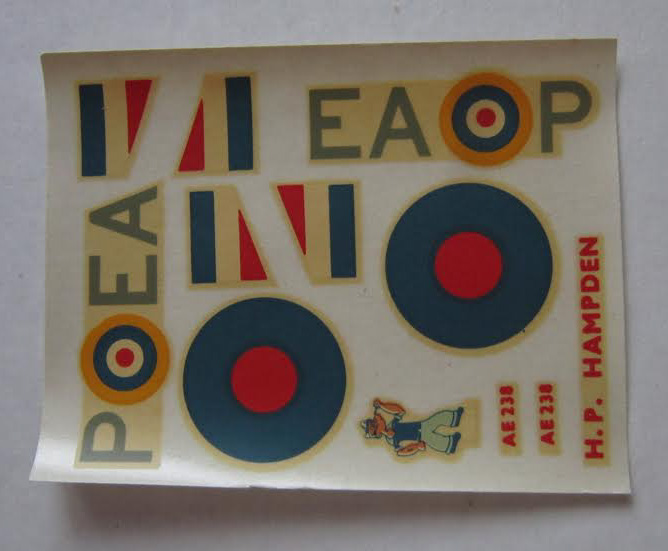 The instructions consist of a single sheet folded in the center to create 4 pages in 11" x 8" page format.

Page 1 provides the history of the Hampden.

Page 2 to page 4 gives a grand total of 4 assembly steps.

The fourth step is color schemes and marking instructions.

All steps have text to walk modelers through the builds.

Page 4 gives a 3-view of the box art schem (already described above).

Airfix accidentally put 2 sets of instructions in this kit.

This is a nice model of an early British bomber.

Recommended
​I bought my kit at my local hobby shop back in the late 60's.