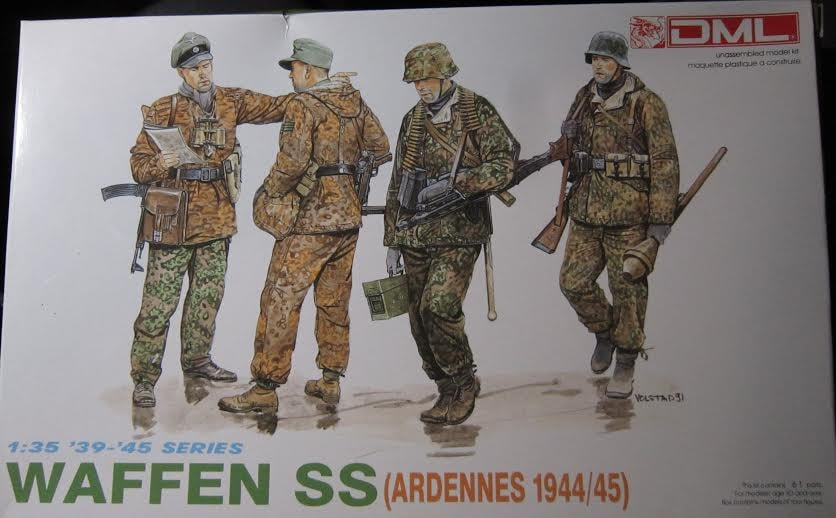 The box art shows 4 Waffen SS soldiers posed against an all-white background, similar to how Tamiya does all their box arts.

All four figures are dressed in camouflaged uniforms of 4 different patterns.

Reading left to right, the first figure is an officer. He wears an officer's hat on his head, has a pair of binoculars strung around his neck, has a pistol holster and MP44 ammo cases and a dispatch case on his belt. He is armed with a MP44 autormatic rifle that is slung over his right shoulder. He has sheet of paper in his right hand and is pointing with his left arm while shouting orders to the other 3 men.

The next man is facing the officer. He wears a cloth field cap on his head and is holding his steel helmet with a camouflaged cover on it in his left hand. He is armed with a MP40 submachine gun slung oer his right shoulder. His pants are bloused at the bottom into the tops of his low shoes.  He has ammo pouches for the MP40 on his belt and a potato masher type grenade tucked under the belt in front.

The third man is marching along and is carrying a MG42 machine gun slung over his left shoulder. He has a belt of ammo for it slung around his neck and is carrying a case of its ammo in his right hand. He has a shovel in its pouch on his belt, a canvas bread bag and a canteen. His pants are bloused into the tops of his low shoes.

The fourth and last man is marching along and is carrying a 98K carbine slung over his right shoulder and he is carrying a panzerfaust in his left hand. He has ammo cases for the 98K on his belt, a mess kit, canteen and canvas bread bag. His pants are bloused into the tops of his low shoes.
One corner of the box art says that the kit is intended for modelers over the age of 10 and that it contains 61 parts.

One side panel of the box says that the kit contains parts for 4 figures and that paint and glue are not included. This is followed by Marco Polo Import, INC's stree address in City of Industry, CA and their FAX number. Marco Polo was the U.S. importer and distributor of DML kits at one time in the past.

The copyright of the kit is given as 1992 and the kit was made in Hong Kong, China.

​The bottom of the box serves as both the assembly and painting
instructions. The is a color 2-view of each of the figures and color swatches showing close ups of the 4 different camouflage patterns.

Below these there are black and white line drawings of a P-38 holster, a MG34 accessory case, a M35 dispatch case, a G43 ammo pouch, a MP40 ammo pouch and a MP44 ammo pouch. 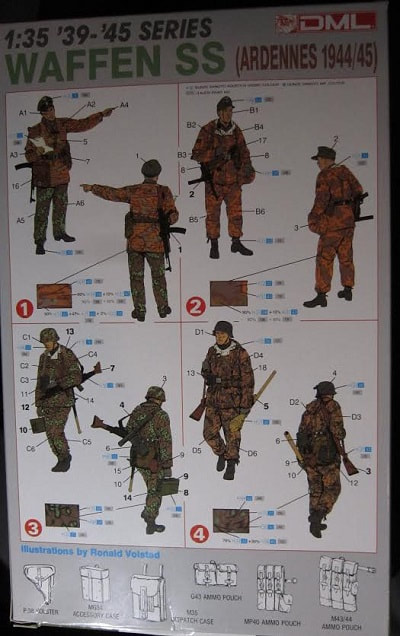 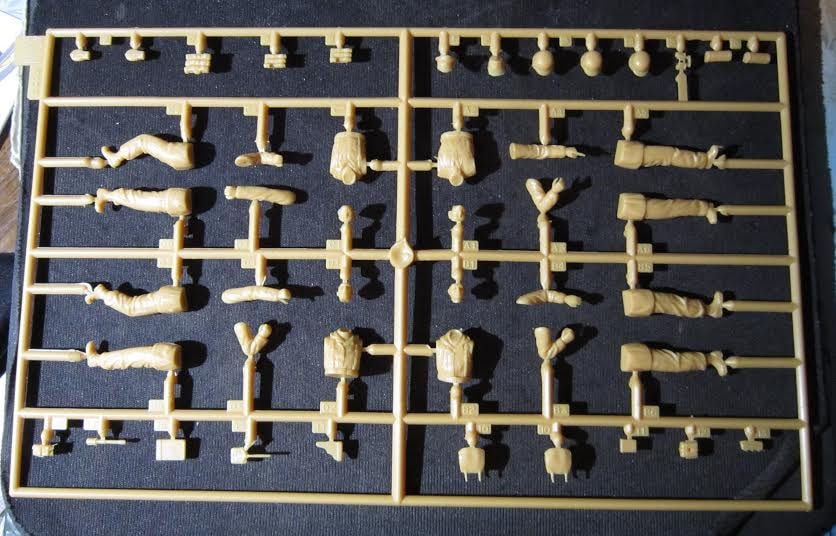 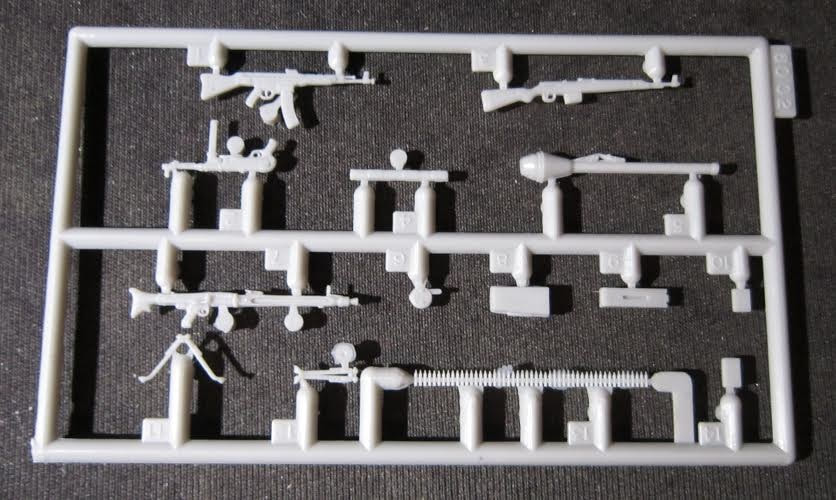 These figures and weapons are well detailed. However, the poses are rather ho-hum.

I purchased my kit at my local hobby shop back in the early 90's.