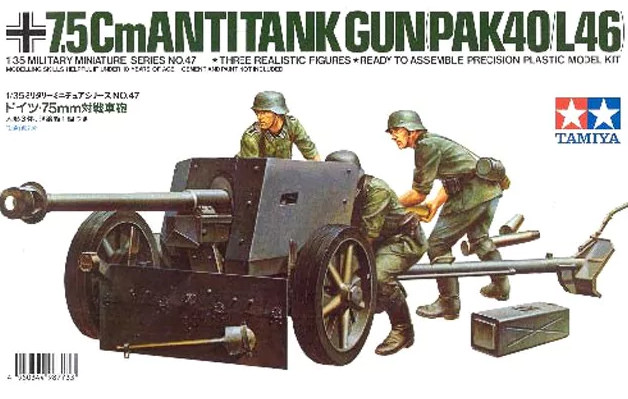 With 23,303 examples produced, the Pak 40 formed the backbone of German anti-tank guns for the later part of World War II, mostly in towed form, but also on a number of tank destroyers such as the Marder series.

A modified version of the gun designed specifically for vehicle-mounting was the 7.5 cm KwK 40, which differed primarily in using more compact ammunition, thereby allowing more rounds to be carried inside the vehicles.

The KwK 40 armed many of the German mid-war tank and destroyer designs, replacing the Pak 40 in the latter role.

Depending on the source, the Pak 40 may be referred to as the 7.5/L46, referring to the barrel's length in calibres.

This kit came in a shrink-wrapped end opening type box.

The box art shows the PAK 40/L46 and it's 3 man gun crew posed against one of Tamiya's signature all-white backgrounds that they use for the majority of their box arts.

The gun is panzer grey. The gun crewmen are all dressed in field grey uniforms with steel helmets and black jack boots. There are 2 spent ammo rounds and a ammo case laying on the ground.

No kit numbers are provided for these 4.

​The other side panel has color illustrations of 9 shoulder and collar insignia for wehrmacht soldiers and 10 insignias for SS soldiers.

Below this is the painting for the 3 gun-crew figures and a side view of the gun being towed behind a Sd.Kfz.251/1c German halftrack and a lot of Japanese text. 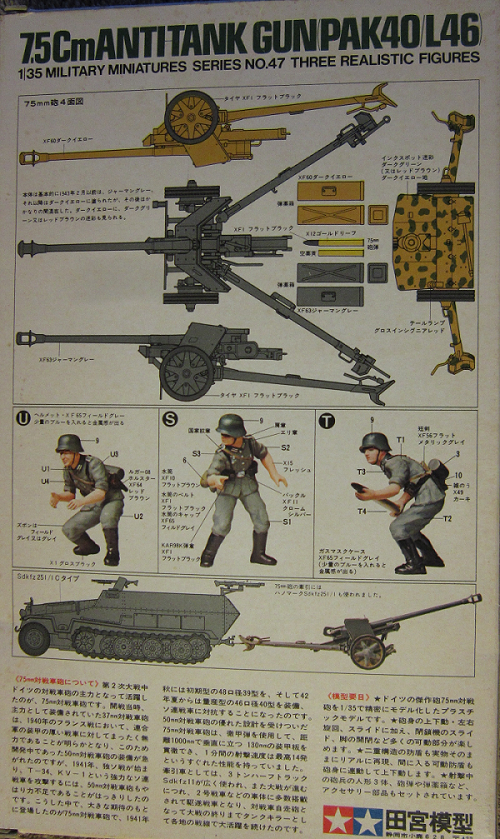 This kit contains 2 medium-grey trees and a dark-green tree in 2 stapled-shut clear cello bags and the instructions.

The instructions consists of a single-sheet that is printed on both sides in 8 1/4" x 23" format.

The face side begins with a black and white repeat of the box art over a lot of Japanese text and illustrations of a 37 mm German gun, a Pz.Kpfw. IV tank, a Soviet T-34/76 tank, a German Sd.Kfz. 11 halftrack and Marder tank.

Below them is an organizational chart, more Japanese text and the coloring guide for the gun and one figure, over a black and white photo of the gun and crew made up.

The reverse side of the instructions has a total of 9 assembly steps for the gun and 3 for the figures.

Trees are alphabetized, but not illustrated in the instructions. They do, however, have part number tabs next to the parts on the trees. Bad move Tamiya! 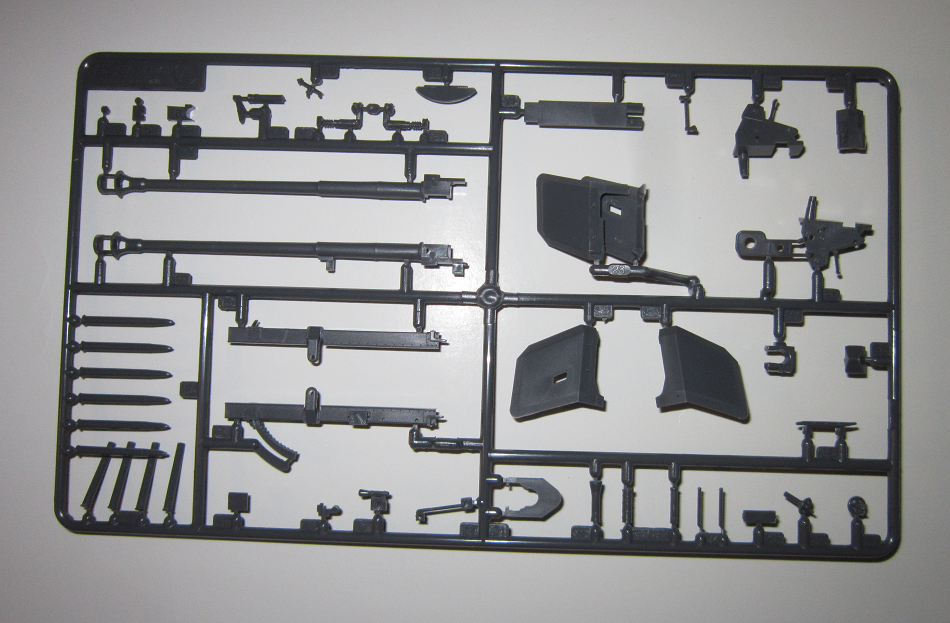 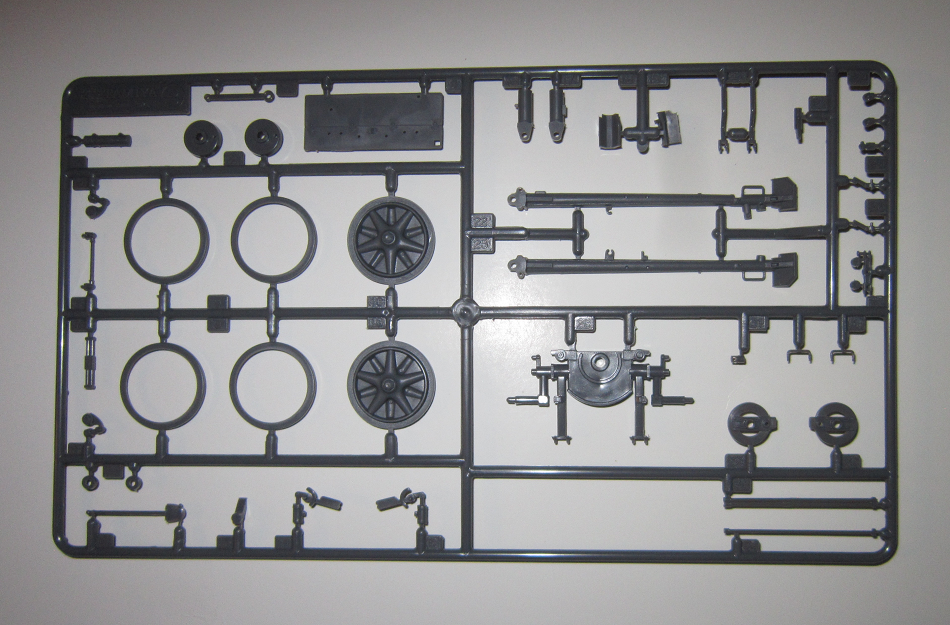 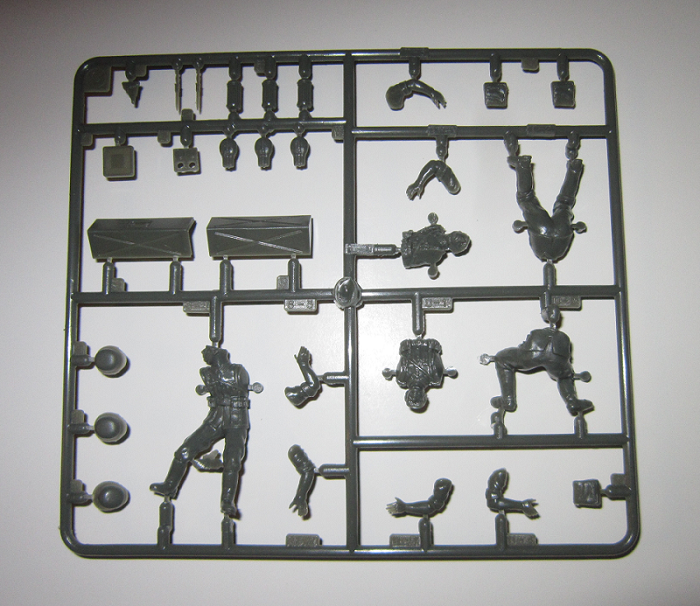 ​There are no decals provided. It would have been nice to have had some shoulder and collar and helmet insignias.