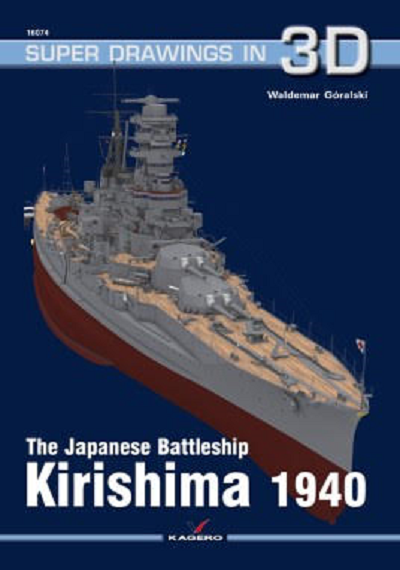 In 1907, Japan signed an alliance with Britain, which was then  a leading sea power. It ordered modern ships at British shipyards, and Japanese shipyards were to cooperate.

After the new class of battle-cruisers had emerged, Japan decided to design them for their navy. They were to be ships with a displacement of 19,000 tons and a main armament of 305mm caliber guns.

However, with the news that the British were working on a new design of the LION class cruiser with a  343mm main armament, work on the Japanese project was discontinued. An agreement was signed with the Vickers shipyard for the design and construction of new ships.

The design of the LION cruiser was significantly improved by Vickers in co-operation with the Japanese Navy Technical Department. The new project’s main armament envisaged 356mm guns, not used before and developed by Vickers.

Medium gun caliber was increased from 102mm to 152mm. The power unit was left as on the LION class. Four ships were ordered.

The first KONGO, was built at Vickers’ shipyard, the others were to be built in Japan. KIRISHIMA was built at Mitsubishi shipyard in Yokosuka. Keel laying was on 17 March, 1912. Launching was in December 1913. It was commissioned on 19 April, 1915.

As part of the Third Battleship Division, Kirishima participated in many of the Imperial Navy’s early actions in 1942, providing support for the invasion of the Dutch East Indies (now Indonesia) and in the Indian Ocean raid of April 1942.

During the Battle of Midway, she provided escort to Nagumo’s four carriers, before re-deploying to the Solomon Islands, before sailing as part of a bombardment force under Admiral Nobutake Kondo during the Naval Battle of Guadalcanal.

Kagero is based in Lublin, Poland. They print their books in both Polish and English. This book is all in English.

The cover is printed on slick coated stock. It shows a color illustration of the Kirishima from above and the bow against a dark blue background.

The back cover shows the Kirishima again from above and the stern against the dark blue background.

The book contains 152 color walk-around type illustrations in 3D and large sheet is inserted that is 26” x 19” format. It has black and white line drawings on both sides to 1/350th scale.

The face side has drawings of a port and starboard side view and a top view.

There is also included a pair of cardboard goggles that have one blue eye lens and one red one. This is to use to see the illustrations in 3D,

This is one neat book and will be of great interest to both modelers and naval historians.

I  want to thank Casemate Publishing  for sending me this sample  and the folks at Kagero.

All Kagero titles can be seen listed on Casemate’s site at:
www.casematepublishers.com