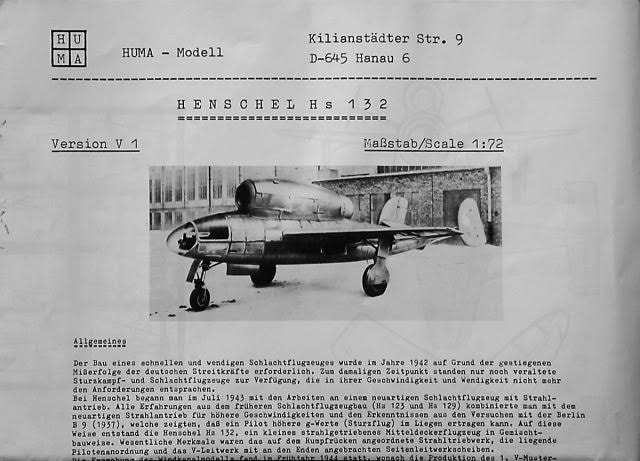 I paid $13.95 for my kit at Rosemont Hobby Shop in Allentown, PA back in the 80's while visiting my mother who lived nearby.
​HISTORY:

Due to increasing setbacks suffered by German forces in 1942, the need for a fast and manoeuvarble ground-attack aircraft became increasingly obvious. At the time concerned, the dive-bombers and close support aircraft available were all obsolete and no longer met the required demands in terms of performance and manoeuverability.

In July 1945, Henschel started work on a jet-propelled ground-attack aircraft. All previously gained experience hailing from the Hs 123 and Hs 129 was combined with knowledge derived from flight trials carried out with the Berlin B-9 in 1937. The results of these tests revealed that a pilot flying in a prone position could better cope with the effects of high  g-forces as well as with the techniques involved in flying new high performance jet aircraft.

It was in this way that the He 132, a small jet-propelled mid-wing monoplane of composite construction, was developed. Prominent features of design were the jet engine mounted on the back of the fuselage, a prone position cockpit and a positive dihedral tailplane with twin fins and rudders.

Construction of the first prototype (V1) began after testing of a wind tunnel model early in 1944. The almost complete prototype was finally captured by Russian forces in May 1945.
Sub-variants (proposed):

Fuselage: Circular metal monocoque. Pilot accomodated in prone position cockpit behind a fully glazed nose. Instrument panel was mounted below the pilot's position and read by means of mirrors.

Huma was a model company based in Germany that went out of business. Their forte was limited run aircraft kits in 1/72nd scale. Their subjects are usually prototypal aircraft that other model companies have not done.

The kit came in a sealed cello bag.
​WHAT'S IN THE BAG:

This kit contains one chalk-white parts tree, a clear canopy, the decal sheet and the instructions.
The instructions consist of a single sheet folded in the center to created 4 pages in 8 1/2" x 11" page format, folded again to fit the bag.

Page 1 begins with a black and white photo of an actual Hs 132 sitting in front of a hangar, over the history of the aircraft in German.

Spread across pages 2 & 3 is a 3-view, parts tree illustration, 2-view and an exploded drawing for assembly.

Page 4 has the history of the Hs 132 in French and English. 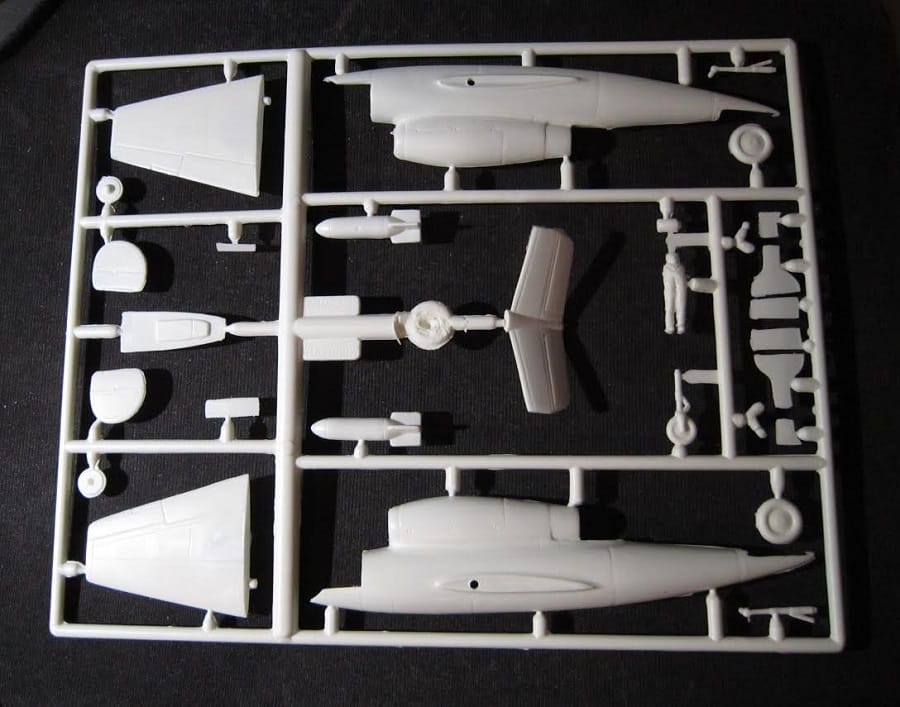 ​The clear part is the cockpit canopy. 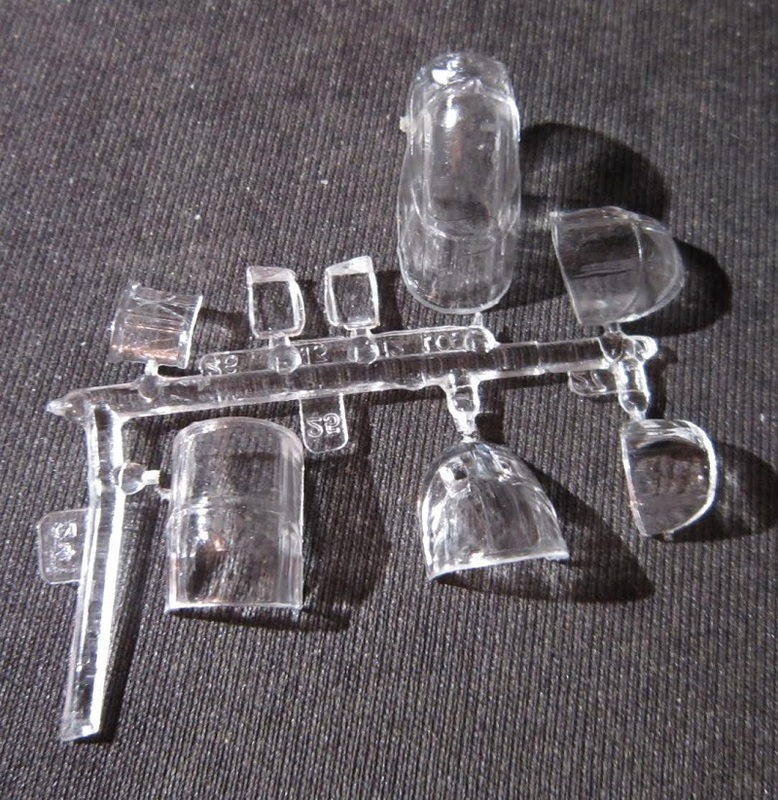 ​The decal sheet completes the kits contents. It holds skeletal and black and white crosses, swastikas, V1 and the dashboard instruments.

Huma provided a tissue to protect the face of the decal from scratching. However, it was floating around loose in the bag and not protecting a darn thing. So, I stapled it to the decal sheet. 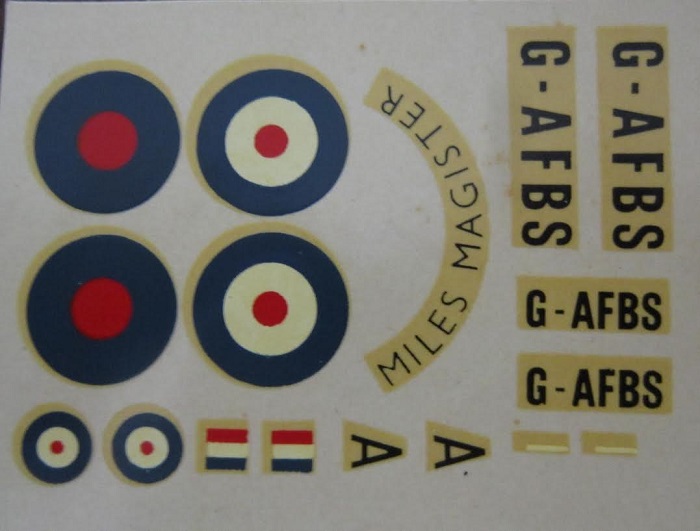 This is nice kit of a German one-off experimental German fighter.