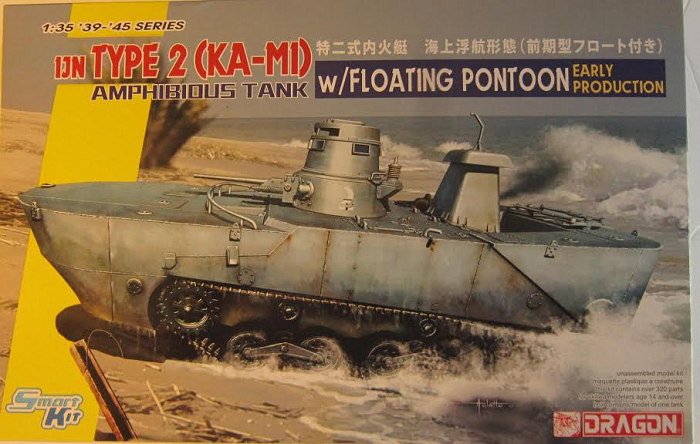 As early as 1928, the Japanese Army had been developing amphibious tanks and created several experimental models such as the Sumida Amphibious Armored Car (AMP), SR-I, SR-II Ro-Go, SR-III Ha-Go, which were produced only as one-off prototypes for concept testing in the 1930s. Each of the SR series were 3.6 to 7 tonne amphibious tanks with a 2 to 3 man crew, and armed with machine guns.
In 1940, the IJN took over development of amphibious vehicles. Mitisubishi used the knowledge gained from the SR program and the Type 95 Ha-Go as a base. The Type 1 Mi-Sha a/k/a/ "Type 1 Floating Tank Ka-Mi" was the first IJN prototype produced.

The Type 1 led to the development of the Type 2 Ka-Mi being produced in 1942. The Type 2 Ka-Mi was designed for the Navy's Special Naval Landing Forces for the amphibious invasion of Pacific Islands without adequate port facilities, and for various special operations missions.

The Type 2 Ka-Mi tanks were organized into "several amphibious tank units". Beginning in 1942, only 182 to 184 units of this tank were built.

The Type 2 Ka-Mi was based on the army's Type 95 Ha-Go light tank, but with an all-welded hull with rubber seals in place of the riveted armor. It was intended to be water-tight. Large, hollow pontoons made from steel plates were attached to the front glacis plate and rear decking to give the necessary buoyancy.

The front pontoon was internally divided into two "symmetrical sections" and each one was divided into three separate watertight compartments to minimize the effects of damage from flooding and shellfire. The pontoons were attached by a system of "small clips" with a release inside the tank, to be engaged once it landed for ground combat operations.

Steering was in the control of the tank commander, who operated a pair of rudders from the turret through cables. The crew included an onboard mechanic. It was the "best designed amphibious tank of the war".

The Type 2 Ka-Mi came into active service after the initial campaigns of World War II, and thus for the most part was too late to be used in its original design mission of amphibious landings. Many units were assigned to naval garrison detachments in the South Pacific Mandate and in the Netherlands East Indies.

The Type 2 Ka-Mi was first used in combat on Guadalcanal in late 1942. Later they were encountered by the United States Marine Corps in the Marshall Islands and Mariana Islands, particularly on Saipan, where they supported the Yokosuka Base Special Naval Landing Force (SNLF) in its failed amphibious operation.

They were also used during the fighting on the Philippine island of Leyte in late 1944 when they supported the 101st SNLF at Ormoc Gulf. According to Ralph Zumbro in his book "Tank Aces", several Ka-Mi were destroyed by US Army LVT-1s off the coast of Leyte during history's only amphibious tank vs. amphibious tank action; this is doubtful however, as most Ka-Mi tanks were destroyed after they came ashore.

A handful more were captured by US Army troops on Luzon in 1945, as well as several others captured by Australian and Commonwealth troops.

The Kubinka Tank Museum in Moscow, Russia has a Type 2 Ka-Mi on display, complete with its front and rear pontoons. A near complete hull is located near the airport in Babeldaob, Palau. Another specimen is located in Koror, Palau.

The latter is notable in that there is still a heavy anti aircraft machine gun mounted on the rear pontoon. These two tanks were once located in the center of Babeldaop Island in the late 1980s. They had actually been buried by the Japanese either to keep them out of American hands after their surrender, or as defensive fortifications.

After the war they were unearthed by locals. They were subsequently moved, one to the Old Communications center south of the airport, and one to Koror as part of war memorial displays.

The box art shows a KA-MI coming ashore past barbed wire and with a shell explosion behind it.

It is overall pale gray with some rust beginning in between plates.

It carries a logo of a white crescent moon with a narrow red horizontal bar across it over 2 red dots and a white bar with a black section in the center.

One side panel of the box has a color 3-view of the box art scheme. This is followed by a white sticker with Platz's name, telephone and FAX number and their web address, over "Not suitable for children under 3 years because of sharp parts", in multiple languages.

​
Copyright given is 2018. DML Dragon's address in Hong Kong, China and their web address is provided. Kit was made in China.

The other side panel of the box has a web address to go to and see the real tank, see the kit's details and read experts reviews there.

Page 1 of the instructions begins with a black and white repeat of the box art, over the parts trees illustrations. A few parts are blued out in these illustrations as being excess and not needed to complete the kit.

Bottom of the page has the first assembly step on it.

Page 3 to the top of page 5 give a grand total of 13 assembly steps.

The bottom of page 5 has three 3-views of schemes:

At the bottom of the page is the address of Dragon's European distributor based in Graz, Austria. The copyright date of 2018 and decal application instructions.

There are 2 identical medium-gray letter A trees. They hold: bogies, road wheels, drive sprockets, idler wheels etc. (37 parts each) One part is blued-out in the parts trees illustrations as excess. 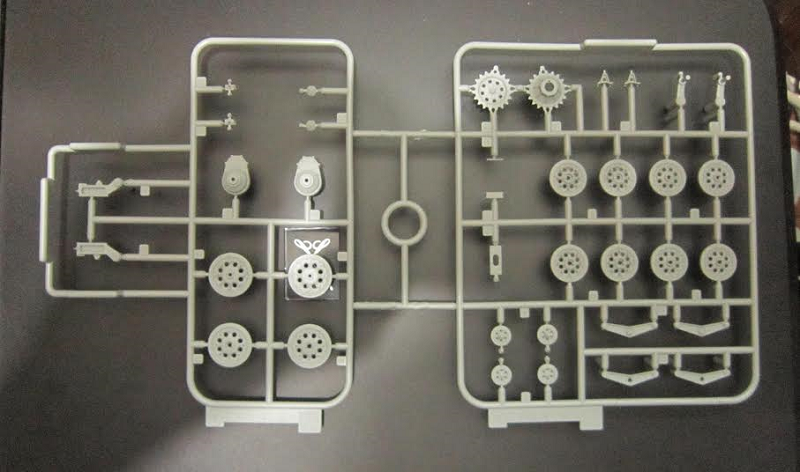 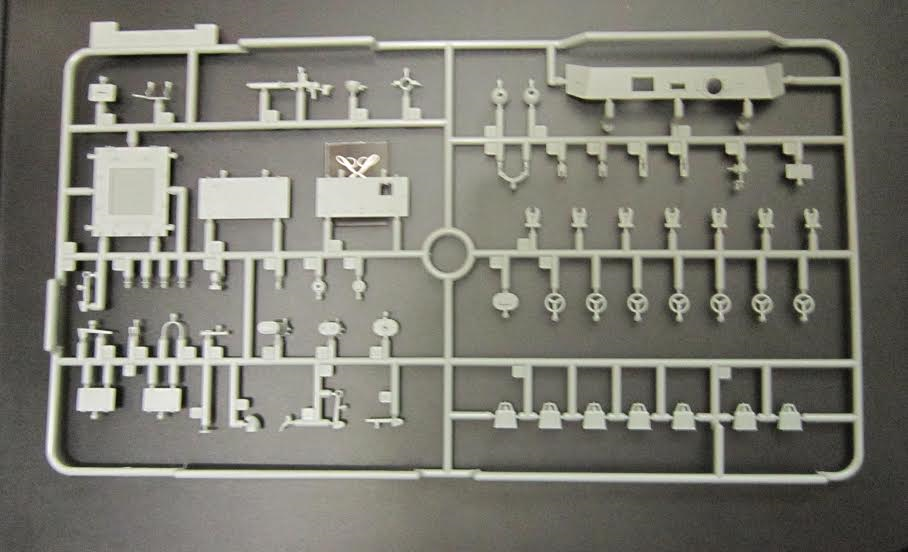 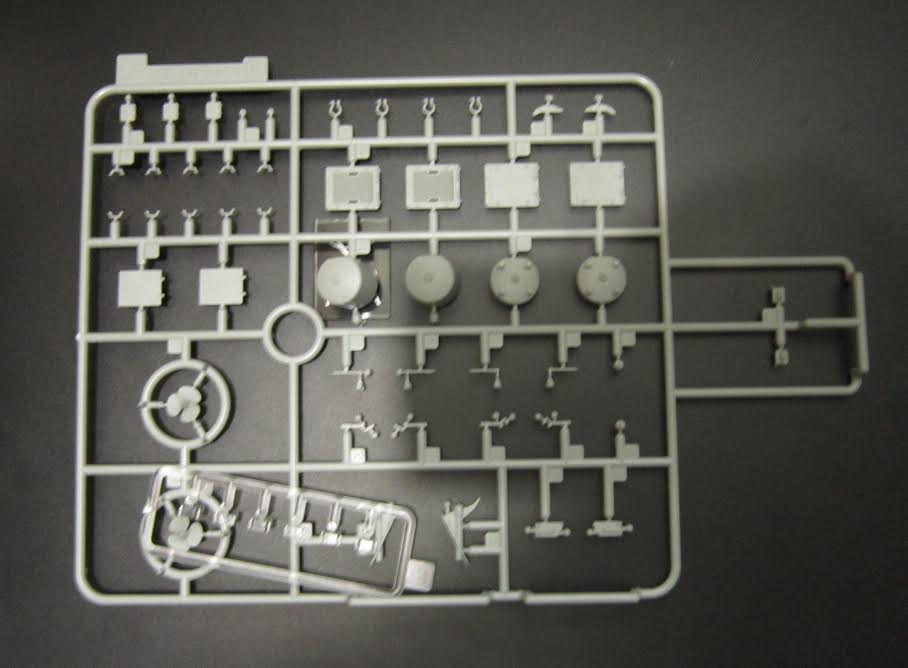 ​Medium-gray letter D tree holds the interior parts for the turret such as the main gun, handles, hatches, etc . (49 parts) 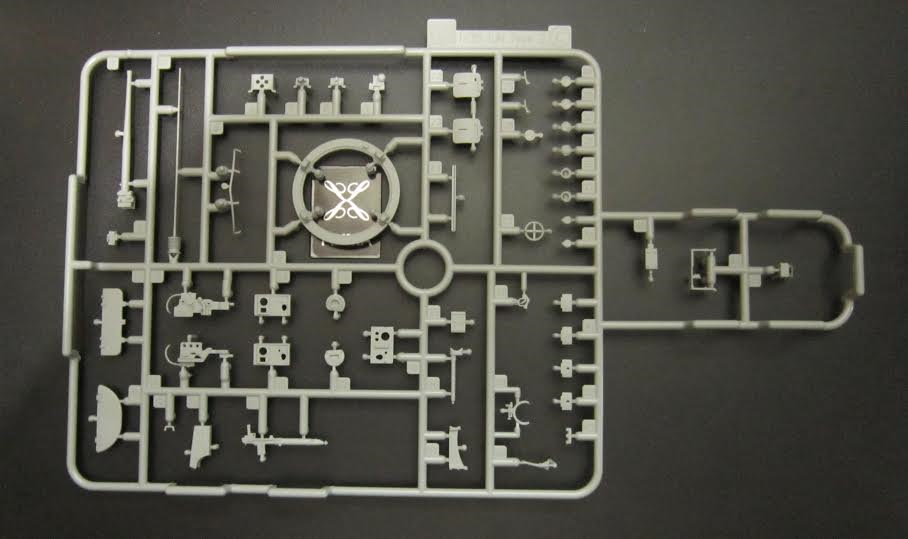 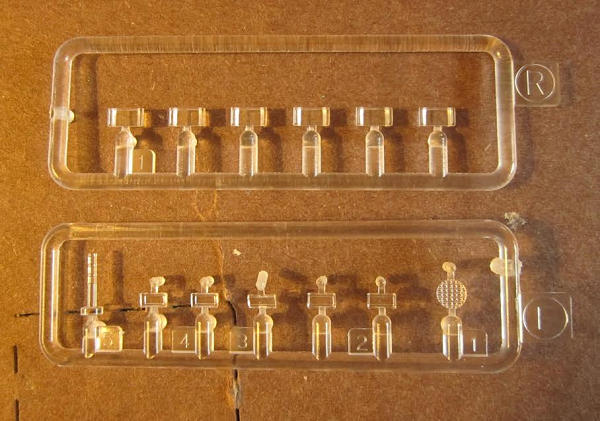 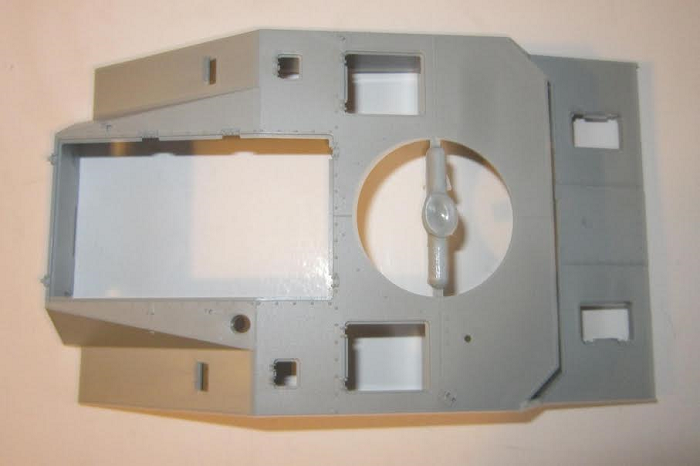 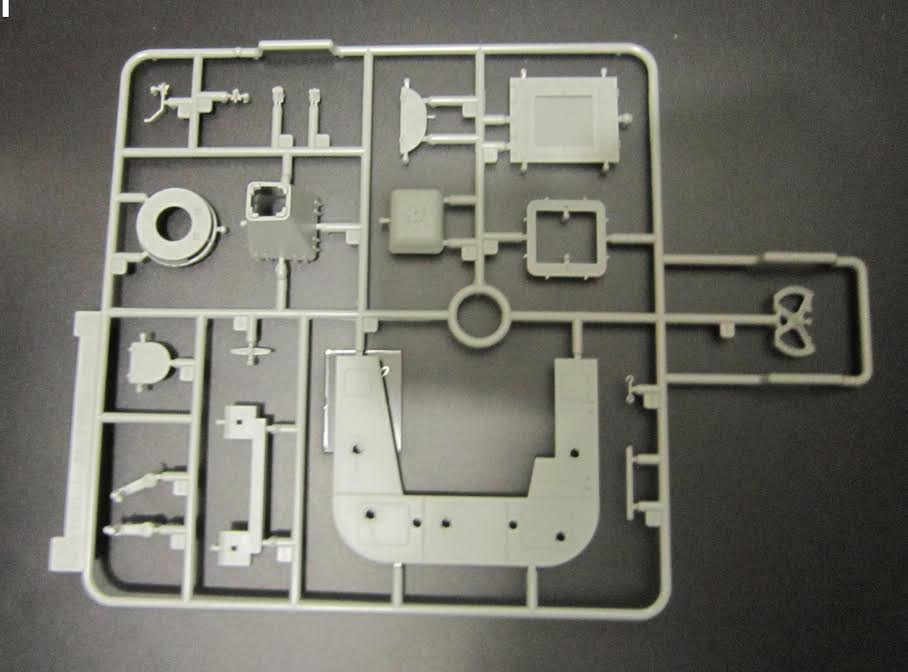 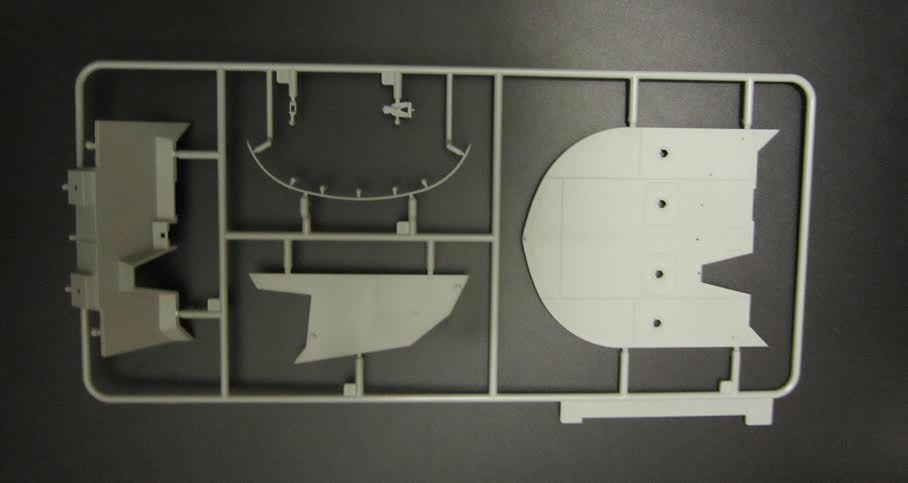 ​Letter L is the yellow DS tracks. Unusual color to mold them in and they are so narrow that they look more 1/72nd scale than 1/35th.

​There are  2 identical medium-gray letter M trees. They hold more parts for the pontoons such as more vents, rudder, etc. (32 parts) 3 parts are excess  and the main gun turret and commander's vision extension  broke off the tree. 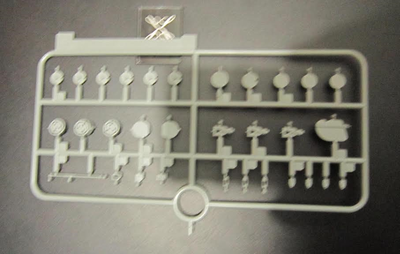 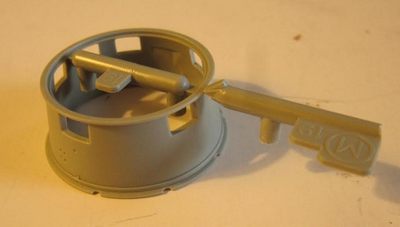 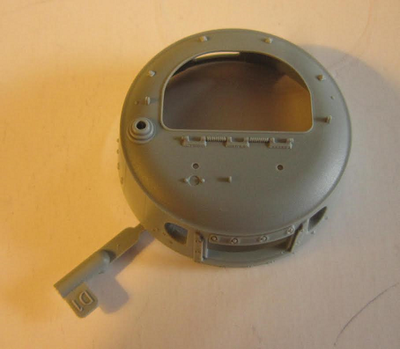 ​Letter MA is the brass PE fret. It gives the modeler the option of using photo etch grill pontoon vents lifting hooks, etc. that are molded in plastic. (31 parts) 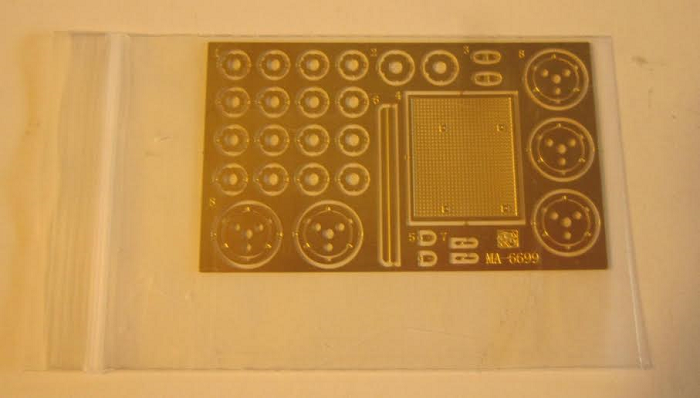 ​Letter MB is the length of copper wire. 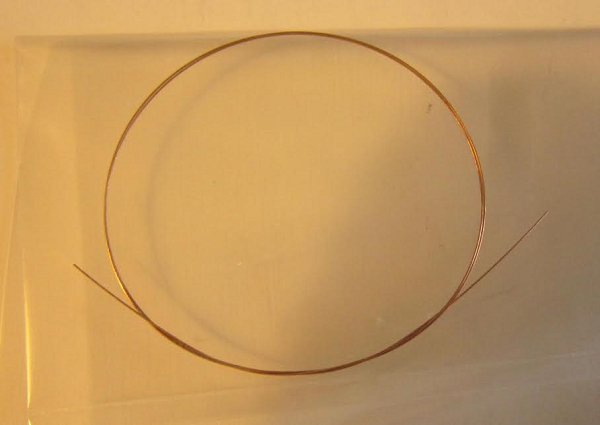 There is some nice detail inside the turret, but none inside the hull. No crew figures are included in the kit.

I got my kit as a gift from a friend in Japan.