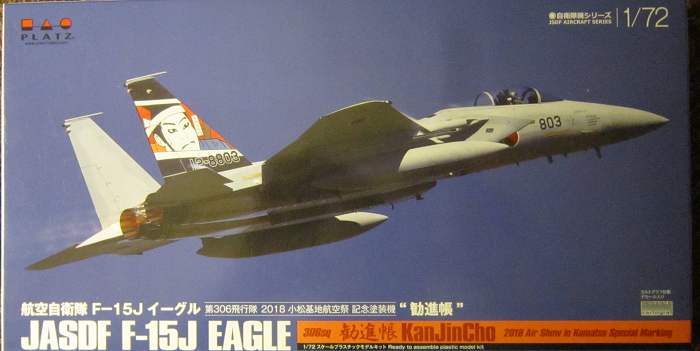 The Mitsubishi F-15J/DJ Eagle is a twin-engine, all-weather air superiority fighter based on the McDonnell Douglas F-15 Eagle in use by the Japan Air Self-Defense Force (JASDF). The F-15J was produced under license by Mitsubishi Heavy Industries.

The subsequent F-15DJ and F-15J Kai variants were also produced. Japan is the largest customer of the F-15 Eagle outside the United States.

In addition to combat, F-15DJ roles include training. The F-15J Kai is a modernized version of the F-15J.

The F-15J Eagle is the main fighter of the JASDF (Japanese Air Self Defence Force), often with various special markings for air-shows at each air base festival

The #803 in 306th Sqdn. in the 2018 Air Show in Komatsu Special Markings was the one that gathered many interests.

It featured a Kabuki story titled "KanJinCho", Komatsu, Ishikawa, where their Komatsu Air Base is located.

The characters in the story, "Benkei and Yoshitune" on the left side of the rudder, and "Togashi Saemon" on the right side were painted in brilliant colors.
This scheme is the one on the box art photo. This aircraft is overall light grey with a darker grey wave pattern on top.

It has a face of a Japanese man on the black rudder, with a white diagonal bar above and below him and the black serial no. 12-8803 outlined in white. A smaller black 803 is on the sides of the nose with a listing of the names of the aircraft's crewmen.
THE KIT:
​One corner of the box art says that the decals were printed by Cartograf in Italy.

One side panel begins with a close up color photo of the other side of the rudder, showing a different face. This is followed by a one-paragraph history of the aircraft in Japanese and English and features of the kit in both languages:
1/72 scale plastic model kit.

Total length 276 mm, total span 183 mm. Correct and realistic outline to details based on the research of the real aircraft. "Benkei and Yoshitsune" and "Togashi-Zaiman" in each one piece silk screened decal printed by Cartograf on large size mount. Fine color, easy to apply.

​The other side panel has 2 color photos of the aircraft at the air show.

Followed by: This is plastic unassembled scale model kit. Glue and paint not included. Some parts are extremely sharp, Handle carefully. Do not use near fire while using paint or glue. Suitable for modelers age 15 and above, is repeated again. Platz's web address is repeated too.

This is all said in Japanese and French.

​The bottom of the box has a 4-view color illustration of the box art scheme.
There is a second sheet in the kit that is the same size as the instructions. It is printed on both sides and it repeats what is on the box bottom. 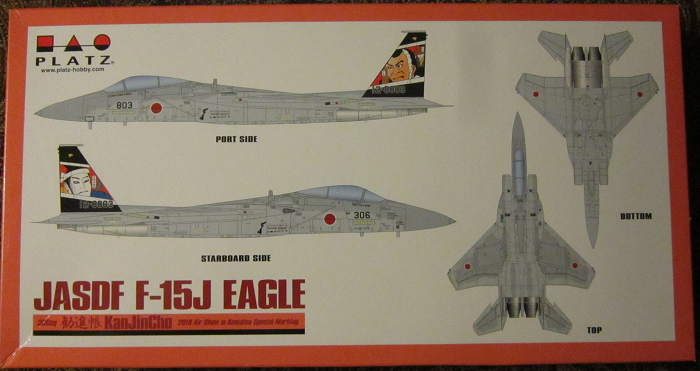 ​The first side panel of the kit's tray has 3 color box arts of other aircraft kits that Platz manufactures:

​1. The  F-1, kit no. AC-9 in 1/72nd scale was Japan's first domestically developed and built supersonic military jet. It was nicknamed "Supersonic Rei-Sen"(Rei-Sen being the Japanese term for Mitsubishi's famed A6M "Zero" fighter of WWII).

Its primary role is anti-ship attack with a secondary ground attack role. It can carry AIM-9 Sidewinder missiles for self-defense.

3. The T-2 in 1/72nd scale, kit no. AC-21. The Mitsubishi T-2 and a supersonic jet trainer aircraft used by the Japan Air Self-Defense Force. Introduced in 1975, it was the predecessor to the Mitsubishi F-1 military aircraft. It was also the first Japanese aircraft to break the sound barrier. All T-2s were retired by 2006.

The other side panel has 3 more color box arts of other aircraft kits Platz manufactures:

The kit contains 8 medium-grey trees in a self-sealing cello bag, with a clear tree in it's own clear cello bag, the decal sheet and instructions. Also included is a disk with a yellow hawk's head on a black background in the center. It has a wide white edge around it with blue words "306th TFS Komatsu Air Base". This is on a black vinyl backing.

The instructions consists of a single sheet that accordion-folds out into 6 pages in 7 1/4" x 10" page format.

Page 1 begins with small black and white photo of the actual F-15J in flight, over the history of the aircraft in Japanese and English and general instructions.

Page 2 through 5 gives a grand total of 9 assembly steps.

Page 6 has the parts trees illustrations.

Trees are alphabetized and have part number tabs next to the parts on them.

Medium grey letter A tree holds: the wings tops and bottoms and the fuselage top and bottom (6 parts) 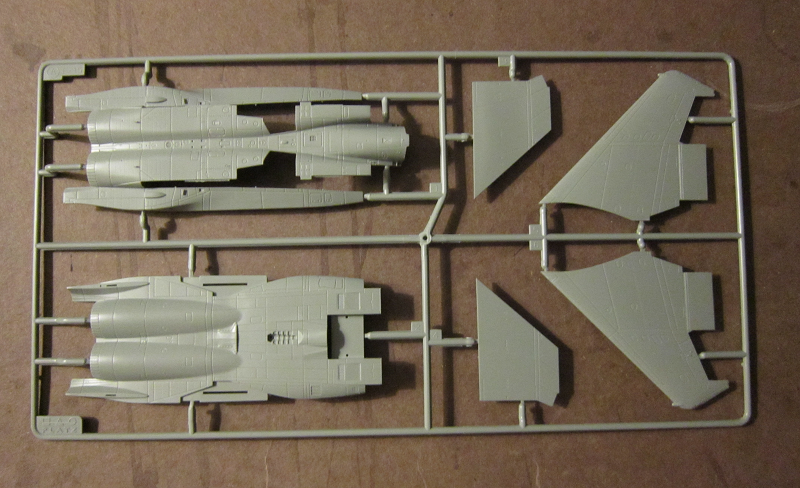 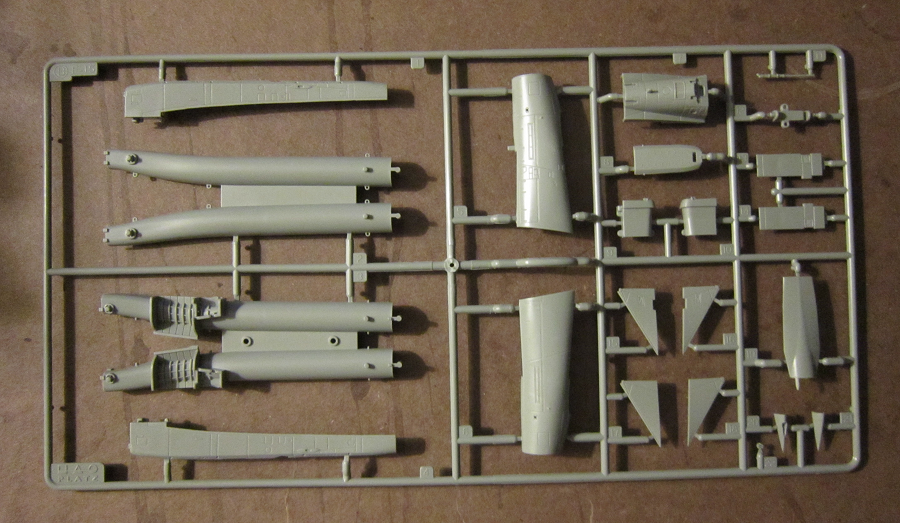 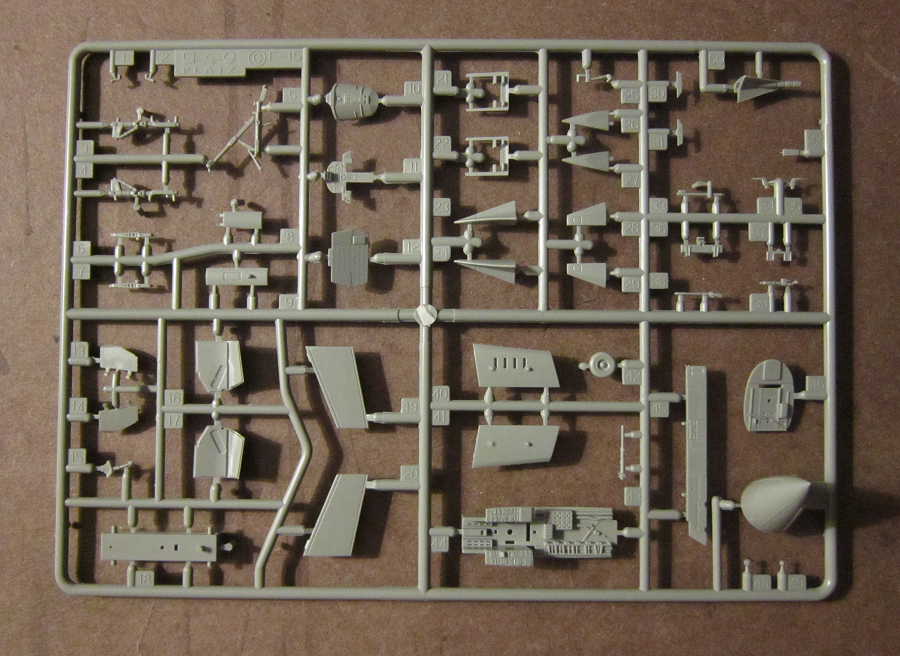 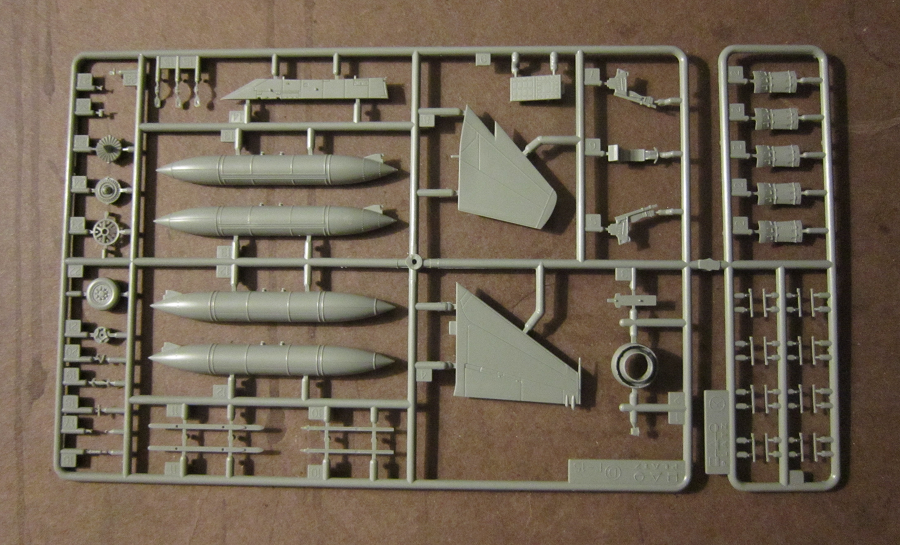 ​The decal sheet and the disk with the eagle head on it complete the kit's contents.

The decal sheet is in it's own cello bag with a tissue to protect it's face from scratching.

It contains hundreds of stencil marks, which I fear are really too small to handle and apply because of their tiny size.

There is no pilot figure included. Detail is engraved. 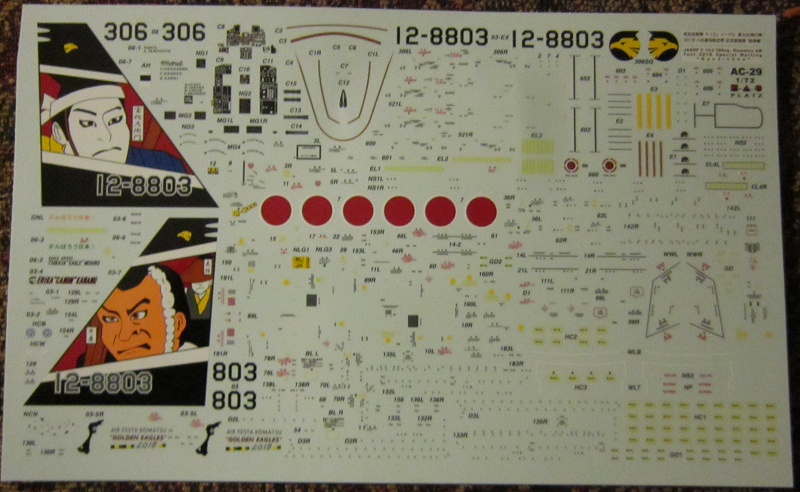 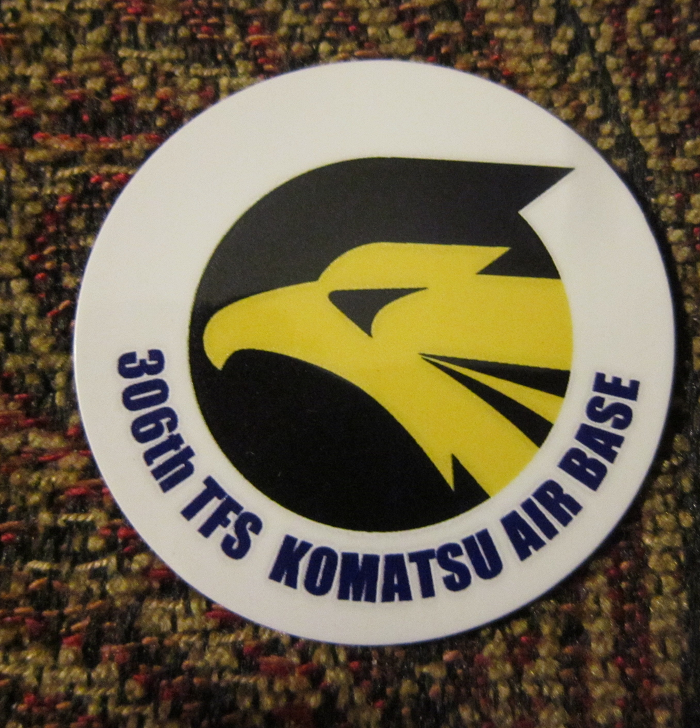 I want to thank the folks at Platz who sent me this review sample.
All their products can be viewed on their web site at:
http://www.platz-hobby.com