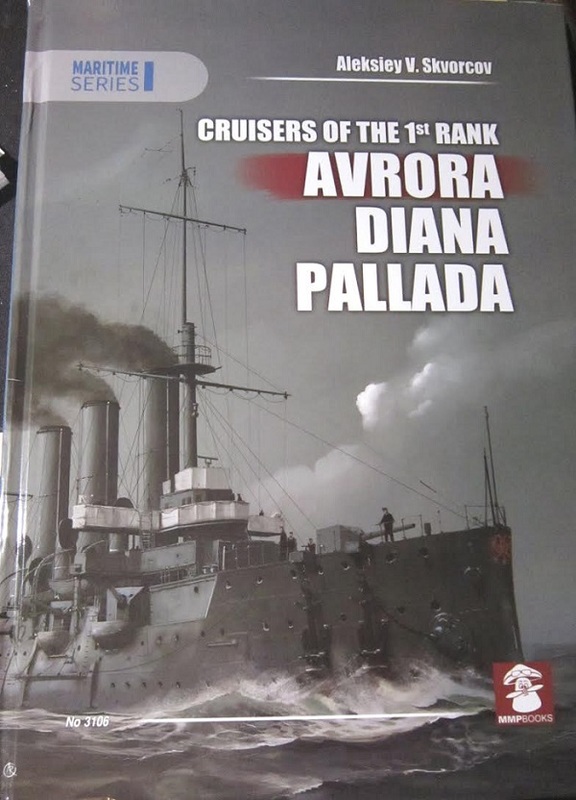 Review of Cruisers of the 1st Rank

The First-Class Cruisers “Aurora, Diana and Pallada” were created at the turn of the 20th century, in time to take part in the major events of the Russo-Japanese war. In 1904, the Diana and the Pallada were engaged in the defense of Port Arthur and the Battle of the Yellow Sea, and the Aurora participated in  the Battle of Tsushima the following year.

A decade later, the Diana  and the Aurora took part  in the hostilities of World War I on the Baltic Sea.

Another quarter-century later, the Aurora, which was by that time already known throughout the Soviet Union, took an active part in one of the bloodiest battles of World War II, the siege of Leningrad.

The Aurora was destined to become the most legendary ship of the domestic fleet’s three-century history as a symbol, monument and museum ship at permanent berth in Saint Petersberg, because of the part it played in the communist revolution in 1917.

Against this background, the active but relatively short fates of the Diana and Pallada were overshadowed by their younger sister.

MMP (Mushroom Model Publications) is based in the U.K. All their books are printed in Sandomierz, Poland by their associate Stratus Publications. Stratus also prints their own line of books in English and Polish. This MMP book is in English.

The First Rank is the Soviet way of saying First Class, like we say here.

The book was sent to me from Stratus in Poland in a bubble pack lined envelope.

The book contains over 300 black and white photos that cover the 3 Soviet Cruisers and also some pictures of other Soviet ships and cruisers from other countries.

It has many, many technical blueprint  line drawings showing every last inch (both inside and out) of these 3 cruisers.

Also, included are 4 loose sheets of the technical blueprint line drawings of these 3 cruisers, printed on both sides. They are each 11 ½” x 19”, folded 3 times to fit in the book loosely. Some are larger scale repeats of ones in the book No scale is given for them however.

The back cover of the book has addresses to look up MMP Books on Twitter, Facebook, You Tube or their email address.

This book will help ship modelers go the extra distance detailing any one of these 3 cruisers with all the scale line drawing plans showing every conceivable parts of these ships. It will also be of great interest to nautical historians and enthusiasts.

I sincerely want to thank Dr. Roger Wallsgrove, Editor-in-Chief of MMP and the folks at Stratus in Poland for sending me this review sample.

The U.S. distributor for MMP books is Casemate.

The Australian distributor is Platypus Publishers

Information about all MMP books can be found at: