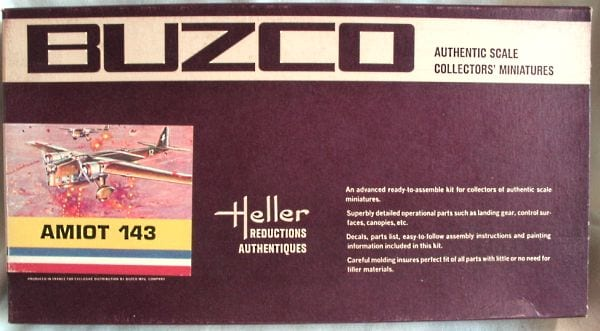 The Amiot 143M was a late 1930s French medium bomber designed to meet 1928 specifications for a bomber capable of day/night bombing, long-range reconnaissance and bomber escort.

In 1928, the French Air Ministry issued a specification for a four-seat Multiplace de Combat, a multi-seat combat aircraft to act as a light bomber, reconnaissance aircraft and long-range escort fighter. Amiot received an order for two prototype Amiot 140s, to be evaluated against the competing Bleriot 137, Breguet 410 and SPCA 30.

The Amiot 140 was a high-winged cantilever monoplane of all-metal construction, with corrugated wing skinning and a fixed tail wheel undercarriage. The pilot sat in an open cockpit, with cockpits for gunners in the nose and dorsal positions. A glazed gondola under the forward fuselage carried a bombardier/gunner, ensuring that the gunners had a clear field of fire all around the aircraft.

The Amiot was intended to be powered by two 515 kW (690 hp) Lorraine 18G Orion water-cooled W engines but these were unavailable and the first prototype was fitted with Hispano-Suiza 12Nbr engines to allow flight testing, making its maiden flight on 12 April 1931.

The second prototype was completed in February 1932 but the continued non-availability of its intended engines, either the original Lorraine-Dietrichs or turbocharged Hispano-Suizas, meant that it never flew. Despite this, on 23 November 1933 an order was placed for 40 Amiot 140s, to be powered by 662 kW (880 hp) Lorraine 12Q Eider engines.

The French Air Ministry had meanwhile revised its requirements, concentrating on the bombing role and asking for better performance. Amiot redesigned the aircraft to meet these requirements and incorporate lessons learned during testing of the Amiot 140.

The gondola under the fuselage was enlarged, allowing easier operation of the aircraft's guns and a fifth crew member (a radio-operator) to be carried. Manually operated gun turrets were provided in the nose and dorsal positions.
Orders were placed for two prototypes, differing only in the engines fitted, with the Amiot 142 having Hispano-Suiza 12Y engines and the Amiot 143 having Gnome-Rhone 14K radial engines.

The 143 flew first, on 1 August 1934, with the 142 not flying until January 1935. As it was decided to allocate the Hispano-Suiza engines to fighters, the Amiot 143 was selected, the existing order for 40 Amiot 140s being converted to 143's.
The Amiot 143 had the same high-wing and fixed undercarriage as the Amiot 140, with the wing thick enough to allow crew access to the engines by a tunnel between the wing spars.

The pilot sat in an enclosed cockpit, level with the leading edge of the wing and the navigator-bombardier, who was also provided with flying controls, sat in the extensively glazed gondola beneath the pilot.

The radio operator sat towards the rear of the gondola and in early aircraft operated two 7.7 mm (0.303 in) Lewis guns. Nose and dorsal turrets, each carrying a Lewis gun, completed the defensive armament, while the gondola also housed an internal bomb-bay.

After 40 aircraft had been completed, the design was revised, with the aircraft being fitted with a longer nose (increasing overall length from 17.94 m (58 ft 10 in) to 18.24 m (59 ft 10 in), a revised fuel system and with the Lewis guns in the nose, dorsal turrets and ventral position replaced by single 7.5 mm (.295 in) MAC 1934 machine guns, with a fourth gun used by the navigator-bombardier firing through a hatch in the floor.

Deliveries of the aging design eventually began in April 1935, continuing until March 1937, with a total of 138 being built. An improved version, the Amiot 144 was built to meet 1933 requirement for a Multiplace de Combat, combining the same fuselage and a similar wing with a retractable undercarriage. First flying on 18 January 1936, only one was built.

Buzco Manufacturing Co. was based in Hollywood, CA. Heller was based in France. I believe both companies have gone out of business.

The kit came in a shrink-wrapped end-opening type box. I am no fan of this type of box, because invariably parts of the decal sheet find their way past one of the end flaps to become lost forever. Give me a tray and lid type box any day of the week.

The box art is on the left of the lid. It shows 2 Amiot 143's flying through flak.

The one in the foreground is chocolate overall with bare aluminum engine nacelles. It has a diagonal red, white and blue fuselage band, with a white no. 12 behind it. a blue diving eagle outlined in white on the rudder with a tricolor vertical fin flash on the rudder flap. Beneath the wings is large white E-3 29.

The rest of the box top is jet black, with BUZCO in large letters, over features of the kit: detailed operational parts such as landing gear, control surfaces, canopies etc. Decals, parts list, easy-to-follow assembly instructions and painting information included. Careful molding insures perfect fit of all parts with little or no need for filler materials.

Parts are all in a sealed clear cello bag. They are not alphabetized or illustrated in the instructions ad do not have part number tabs next to the parts on the trees. Bad move Buzco-Heller !!
​WHAT'S IN THE BOX:

​There are 4 medium-gray wing halves and 2 loose fuselage halves, the clear cabin and turret windows (19 parts) 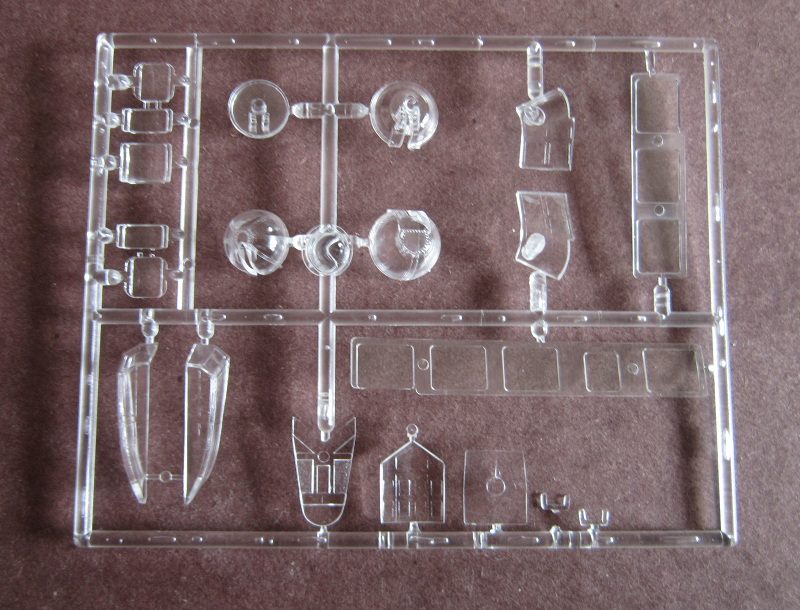 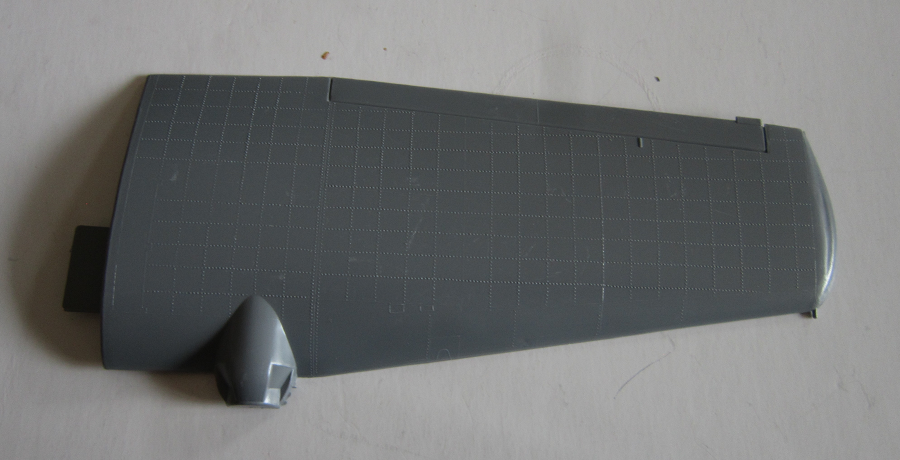 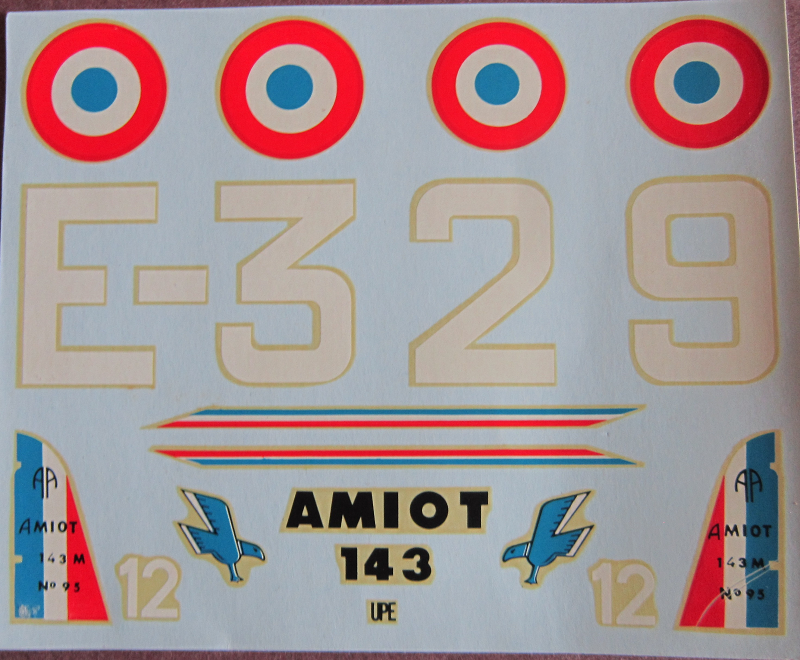 ​The instructions consist of a single-sheet printed on just one side. It is a large 20" x 11 3/4" format, folded twice to fit the box.

​Kit has nice raised detail. Flaps are all molded solid.

No crew figures are included.
​Recommended.