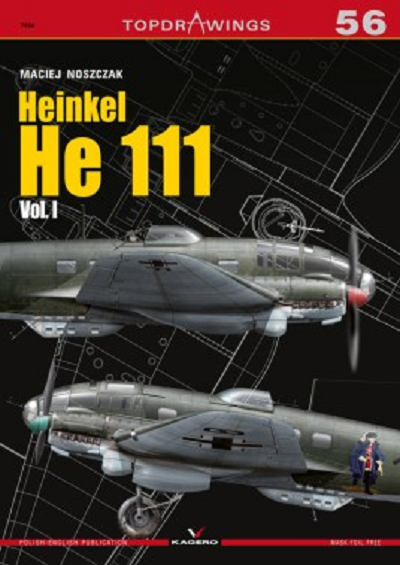 Book Review of Heinkel He-111 Vol. I Top Drawings No. 56
Author: Maciej Noszczak

The Heinkel He 111 was a German aircraft designed by Siegfried and Walter Günter at Heinkel Flugzeugwerke in 1934. Through development it was described as a "wolf in sheep's clothing".

Due to restrictions placed on Germany after the First World War prohibiting bombers, it masqueraded as a civil airliner, although from conception the design was intended to provide the nascent Luftwaffe with a fast medium bomber.

Perhaps the best-recognized German bomber due to the distinctive, extensively glazed "greenhouse" nose of later versions, the Heinkel He 111 was the most numerous Luftwaffe bomber during the early stages of World War II.

The bomber fared well until the Battle of Britain, when its weak defensive armament was exposed. Nevertheless, it proved capable of sustaining heavy damage and remaining airborne. As the war progressed, the He 111 was used in a variety of roles on every front in the European theater.

It was used as a strategic bomber during the Battle of Britain, a torpedo bomber in the Atlantic and Arctic, and a medium bomber and a transport aircraft on the Western, Eastern, Mediterranean, Middle Eastern, and North African Front theaters.

The He 111 was constantly upgraded and modified, but became obsolete during the latter part of the war. The German Bomber B project was not realized, which forced the Luftwaffe to continue operating the He 111 in combat roles until the end of the war.

Manufacture of the He 111 ceased in September 1944, at which point piston-engine bomber production was largely halted in favor of fighter aircraft. With the German bomber force virtually defunct, the He 111 was used for logistics.
Production of the Heinkel continued after the war as the Spanish-built CASA 2.111. Spain received a batch of He 111H-16s in 1943 along with an agreement to licence-build Spanish versions.

Its airframe was produced in Spain under licence by Construcciones Aeronáuticas SA. The design differed significantly in powerplant only, eventually being equipped with Rolls-Royce Merlin engines. The Heinkel's descendant continued in service until 1973.

Kagero is a book publisher based in Lublin, Poland. This book is all in English.
The book is soft-cover of 24 pages in 8" x 11 1/2". It comes in a self-sealing clear cello bag.

Inserted into the book are 3 loose line-drawings on sheets that are 16" x 11 1/2" each, folded in the center to fit the book.

The 3rd line drawings face side has a 2-view of the B-2 and 9 illustrations of the internal bulkheads.

There are die cut self-adhering masks inserted in the book.

The larger sheet is light-grey and has German crosses on it. 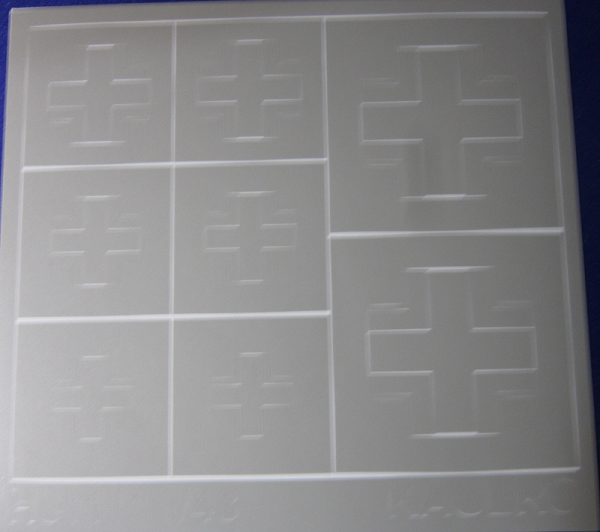 ​The smaller sheet is black and has cockpit windows on it. Unfortunately, the pattern die cut into it will not photograph. 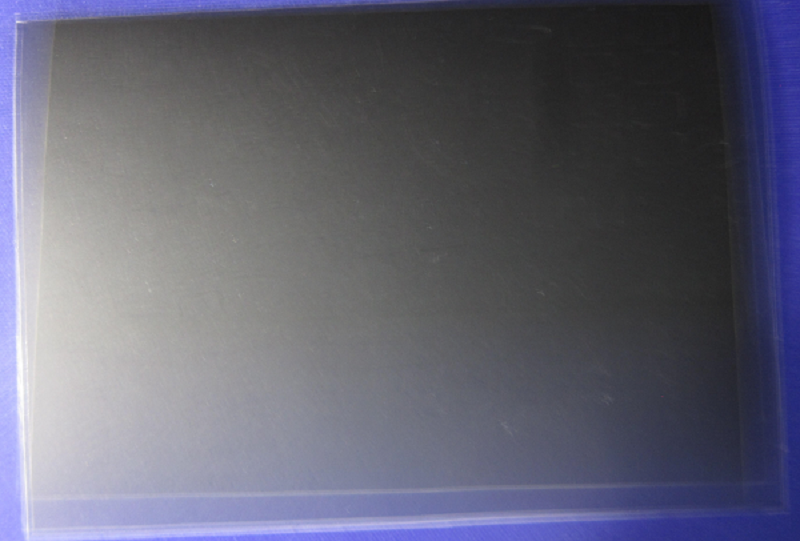 It is in a splinter pattern of dark-green and medium-green over a light blue under-carriage. It has a logo of a tirate on the port side just before the fuselage code.

This scheme is repeated inside of the book as a 2-view on page 14.

For color illustrations (including the back cover) there are:

1G+HL carried a RLM 70/71/65 scheme in slightly modified-A pattern. The plane sported individual name "Luftikus" and a figure of walker whose hat is thrown by wind on the post side of the fuselage. The figure was supplemented with legen "Tera Vento" and referred to the long distance flights to Italy performed by the crew. The individual code letter H in the 3 Saffel's color of yellow was repeated in the same color on the upper-surfaces of the wings and in black on the underside. The spinners were yellow .

The aircraft was hit by flak during a mission over Poland on 15 September, 1939. The damage of the left engine forced the pilot to turn it off. Due to the large distance to the front-line he decided  to try to fly behind the Soviet border  and managed to land in Olevsk. The Soviets helped repair  and test-fly the plane, and finally the crew had flown to Hannover-Langenhagen on 29 September, escorted by two Soviet fighters to the German bomber.

A 5-view of He-111P-2, coded black 1G+ yellow D black L, of 3/KG 27, crew Uffz Otto Wehmeir (pilot), Uffz Arthur Voigt (observer), Uffz Otto Miklitz (flight engineer), Uffz Manfred Kisker (radio operator), Munster-Handorf, 10 May, 1940. Behind the cockpit on the starboard side is a yellow circle with a bomb splashing into water logo. On both fuselage sides is the white outline of a pig with "muk man haben!" below it.

This is neat book, with the extras of masks and fold-out line drawings.
Highly recommended.

It will be of great interest to aircraft historians and modelers alike.
I want to thank the folks at Casemate Publishing who sent me this sample and also Kagero.