In 1945, Germany had the most advanced submarine in the world. In response to Allied demands that Federal Germany contribute to its own defence within NATO from 1955/56, the Federal Republic opted for new, smaller submarines which had to be completely redesigned. The aim was to provide a base for extensive trial programs and test series.

In June 1957, Messers, Beckedorf raised the U-2540 type XXI submarine that was sunk at Flensburg Lightship in 1945.

Transferred to the Howaldserke yard in Kiel, she was not only completely restored, but received also many modifications and additions.

On January 1, 1960 she was launched and christened U Wilhelm Bauer. Until 1968, she was in numerous trials on behalf of the German Navy, especially the testing of new snorkels, torpedos and sonar equipment. On February 5, 1970 the U Wilhelm Bauer was commissioned for the second time at Eckernforde.

This time, she served the federal agency for military engineering and procurement under a civilian crew. There followed numerous trips to Norway and torpedo trials. After a collision in 1978, and another in the spring of 1980 the submarine was finally decommissioned.

In 1984 she became the property of Bremerhaven’s Museum of Technology and Naval Engineering where she is still on display today.

MiniHobby Models is based in China.

This kit comes in a shrink-wrapped long and sturdy tray and lid type box.

The box art shows the Wilhelm Bauer cruising on the surface and creating a large wake. She is being over-flown by a Ju-88B with it’s bulbous cabin nose. The sub has a blue-gray hull with a dark deck (black?) and the bottom half of the conning tower is blue-gray and the top is bright red. There is a white number 088Y on the sides of the conning tower and a vertical white stripe with degree markings on it. (this stripe is not on the decal sheet). Domes that are at the front of the conning tower are white and a cone on the fore deck is aluminum.

The box art has a white sticker on it that says “STATIC MODEL”, because MiniHobby also makes this kit as a motorized one.

The other side panel has the sub’s history in English, followed by a color illustration showing a cross-section of the battery and engine compartment that comes in MiniHobby’s other motorized kit of the Wilhelm Bauer.

This kit contains 4 silver-gray parts trees, loose hull halves and a hull side panel in 4 sealed cello bags. Another cello bag holds 4 silver-gray domes, 2 back trees of propellers, 2 silver-gray sleaves and a bright yellow battery and engine compartment and a tree of black vinyl parts. Most of these parts are excess and not needed for this static kit.

Another sealed cello bag holds a tube of lubricating grease, some metal screws and an hour-glass shaped card that has black thread wound around it.

This thread is to use to make the hand rails around the deck. The rest of these things are strictly for the motorized kit and are excess here.

The instructions consist of a single sheet that accordion folds out into 8 pages in 8 ¼” x 11” page format.

Page 1 begins with a black and white illustration of the Wilhelm Bauer on the surface with a battleship in the background, followed by international assembly symbol explanations and an illustration of a small decal sheet that is NOT in this kit.

Below this, is a list of 10 colors suggested to use to complete the model. No hobby paint brand is given. They are named in English and Chinese. Each color is labeled with by a pennant with a number on it. These symbols appear throughout the assembly steps to show what color to paint various parts.

Page 2 through 8 give a total of 24 assembly steps.

Steps 1 to 3 are for assembly of the motorization parts, if this kit had been the motorized one….which it is NOT.

Page 7 (step 22) is a 2-view for decal application. Also shown here is how to stretch sprue, if you care to use that instead of the thread provided to make the deck hand rails.

Page 8 has steps 23 and 24, showing how the motorized kit can be made to submerge and surface, with all Chinese text only.

There are no parts tree illustrations in the instructions.

The trees are  alphabetized and they do have number tabs next to the parts. 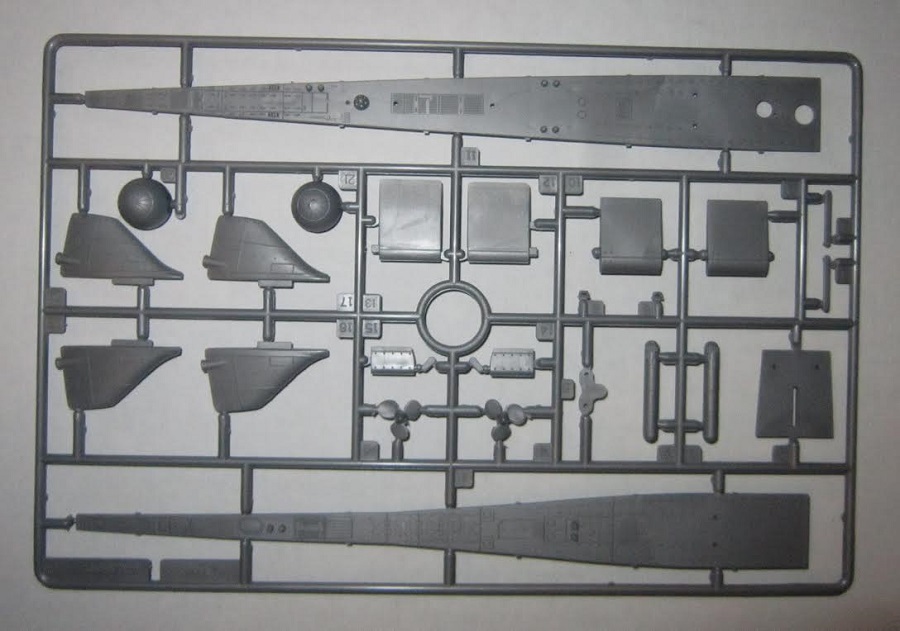 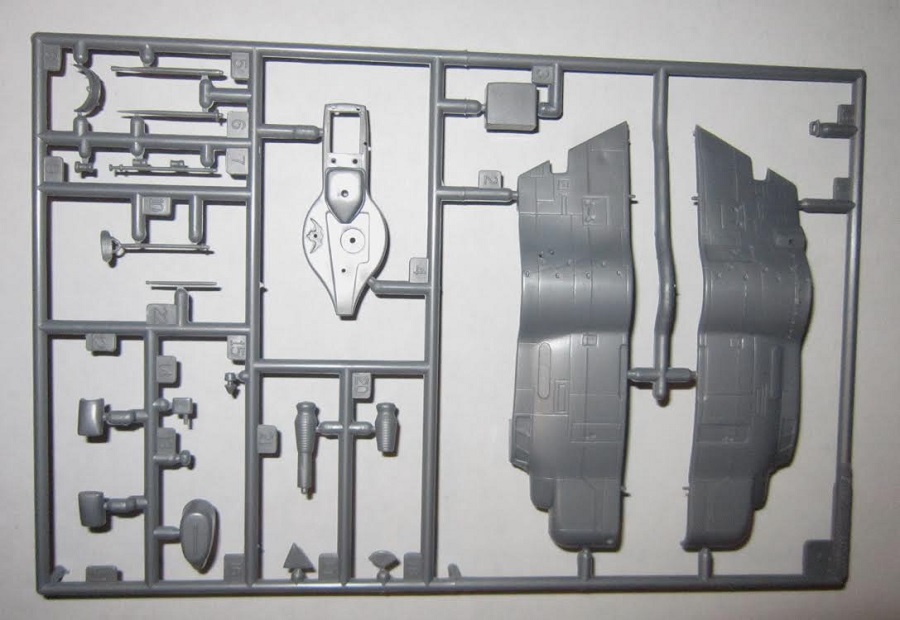 Silver-gray letter D parts tree holds: parts for the motorized kit, that are excess for this static model kit. 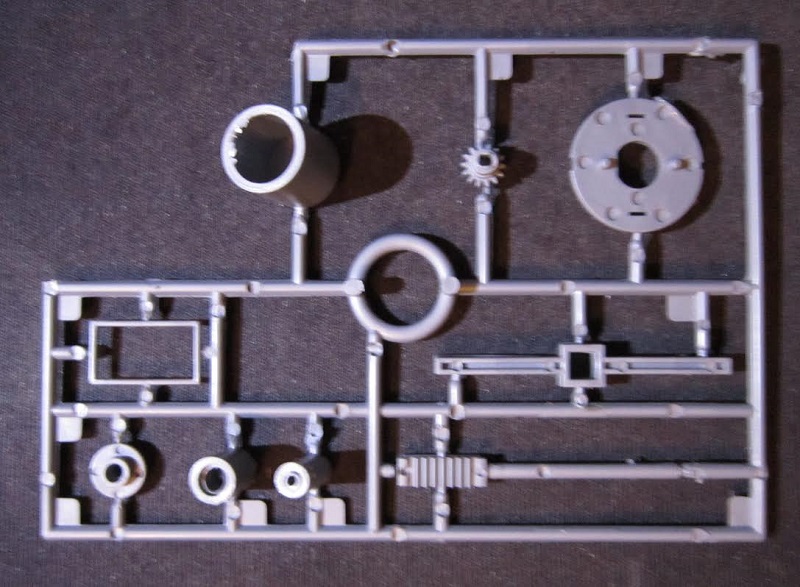 Black vinyl letter E tree holds 3 parts that are also only for the motorized kit, so are excess too.
Lettering jumps to the silver-gray letter H parts tree. It holds all the parts for the display stand. (5 parts) 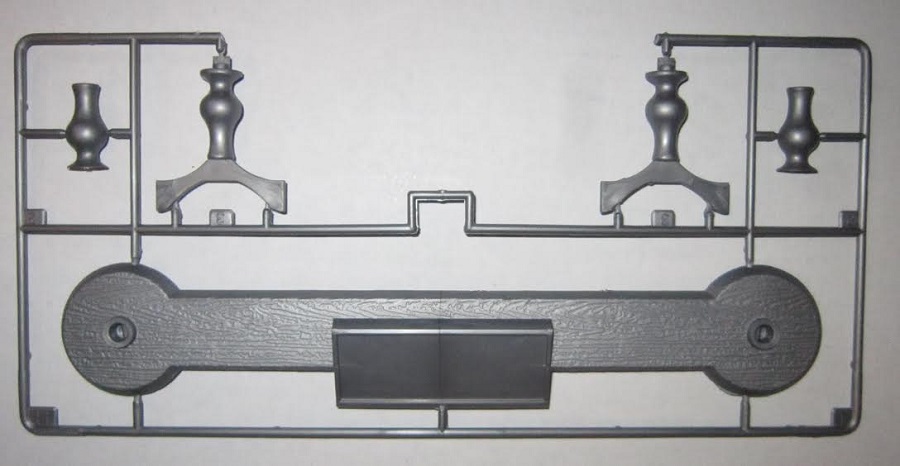 The yellow battery and motor compartment, some silver-gray domes, a metal rod with a silver-gray part on the end and two black vinyl trees of propellers are all for the motorized kit, as well is the tube of lubricant and the metal screws. Again excess for this static kit. 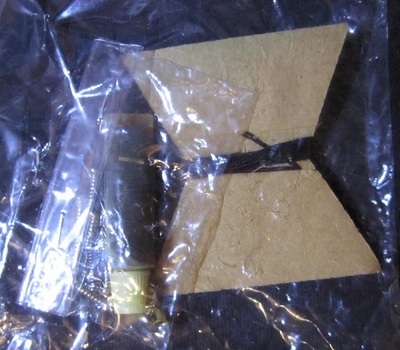 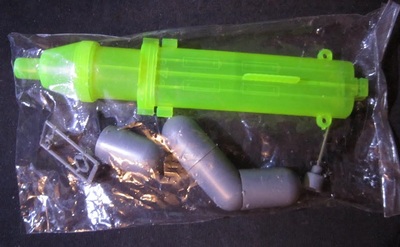 The black thread is next and to be used for making the deck hand railings if a model does not otherwise opt to make them from stretched sprue.
The decal sheet completes the kit’s contents. It has degree markings, the display base name plates, a flag and some other markings that are not shown in the instructions for placement anywhere. 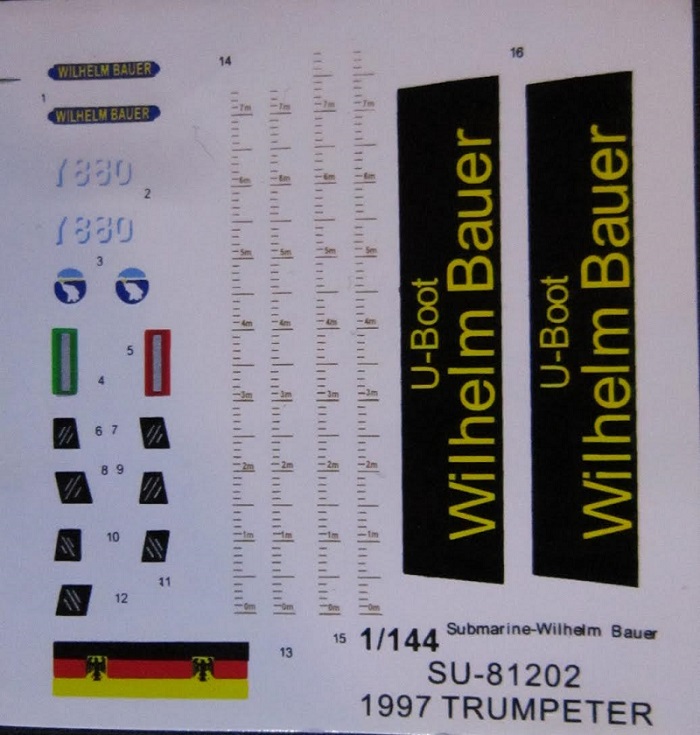 I bought this kit from a vendor at a recent IPMS contest I attended. He only wanted 10 bucks for it and thought that it was missing the electric motor.
I pointed out the sticker on the box art that says STATIC MODEL and explained to his that MiniHobby makes a second kit of the Wilhelm Bauer that IS motorized and that this one was NOT it. I talked him down to 7 bucks. Nice to get a bargain once in a while.