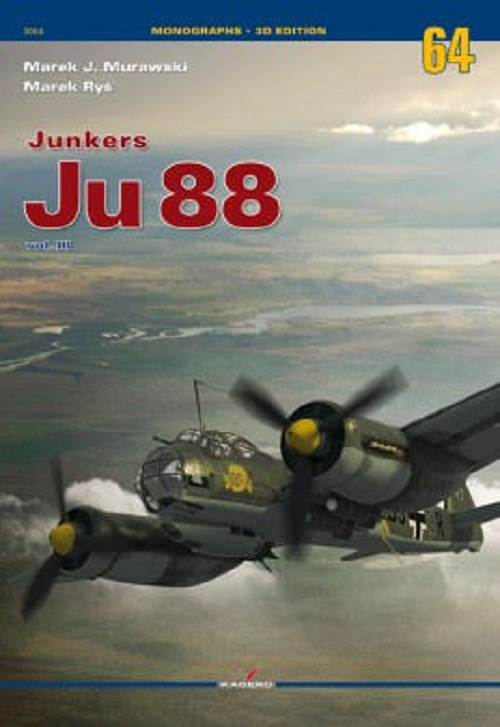 After the start of the production of the first production version Ju88 A-1, two subsequent versions, based on the same airframe were developed.
The first of them was the Junkers Ju 88A-2, designated as its predescessor, as Horizontal-und-Sturzbomber (horizontal and dive bomber), powered by new Junkers Jumo G-1 engines. Differing from the Junkers 211 B and D engines in having strengthened block structure.

The maximum take-off power of the G-1 version was 1,200 hp at 2,400 RPM. The Ju 88A-2 was the first variant adapted to use of Walter Starthilfe 109-500 A-1 take-off rocket boosters. These boosters were designed in late 1930's to facilitate the take-off of bomber aircraft carrying maximum bomb load.
They were liquid-fuel devices rated at maximum thrust of 500 kG and with the burn time of around 30 seconds. The Luftwaffe personnel quickly dubbed it Kraftei (power egg).

Indeed the take-off boster resembled an egg, had oval shape flattened in the forward section housing the parachute that deployed automatically after the booster's burn-out and jettisoning from underwing mounts.

The engine was 1.42 m long and its diameter in the widest place was 0..68 m. The rocket boosters were safe in operation, and assisted more than 3,000 documented take-offs without any serious accidents.

It includes a pair of cardboard goggles that have one blue lens and one red one to view the 3D illustrations.

It contains 120 black and white photos and 117 color 3D illustrations.

In the last few pages of the book there are color illustrations of a Ju 88A-1 of Kg.77 with fuselage code black 3Z + yellow Y black M. It has a white shield with a black eagle on it on the sides of the nose.

On page 2 there is black and white illustrations of the covers of 73 other books on aircraft shown that Kagero publishes.

The text is all in English.

The color 3 D Illustrations show all the inside of the Ju 88 and every instrument.

I want to thank Casemate Publishing, the U.S. distributor for Kagero and the folks at Kagero for this review sample.
A complete listing of Kagero titles can be seen on Casemate's web site at: