The Curtiss SOC Seagull was a United States single-engined scout observation biplane aircraft, designed by Alexander Solla of the Curtiss-Wright Corporation for the United States Navy. The aircraft served on battleships and cruisers in a seaplane configuration, being launched by catapult and recovered from a sea landing. The wings folded back against the fuselage for storage aboard ship. When based ashore or on carriers the single float was replaced by fixed wheeled landing gear.

Curtiss delivered 258 SOC aircraft, in versions SOC-1 through SOC-4, beginning in 1935. The SOC-3 design was the basis of the Naval Aircraft Factory SON-1 variant, of which the NAF delivered 64 aircraft from 1940.

Hasegawa is a prolific model company based in Shizuoka City, Japan. They make all manner of model subjects in the popular scales. Minicraft imports and distributes these kits and is located in Torrance, CA.

The box art shows a Seagull in overall bare metal with a yellow upper wing top and a blue cowling. There is a red band on the tail above a black 1124 and SOC-3, a large white letter E followed by a small letter M below the windscreen on the sides. The unit is not identified.

One side panel repeats the box art and provides Hasegawa's and Minicraft's street addresses.

The other side panel has 4 other box arts of other 1/72nd scale aircrft kits that Hasegawa manufactures: a A-7A Corsair, SAAB Viggen, F-100D Super Sabre and a F4E Phantom II. No kit numbers are provided for these 4 kits.
​WHAT'S IN THE BOX:

This kit contains 3 chalk-white parts trees, the clear tree, the decal sheet, all in a sealed cello bag.

The face side of the sheet lists what to do in the 7 assembly steps next to the 6th and 7th step illustrations. Above this is a one paragraph history of the Seagull and its specifications.
Minicraft's address in Torrance, CA appears.

The other side of the sheet shows steps 1 to 5. No parts trees illustrations are in the instructions. 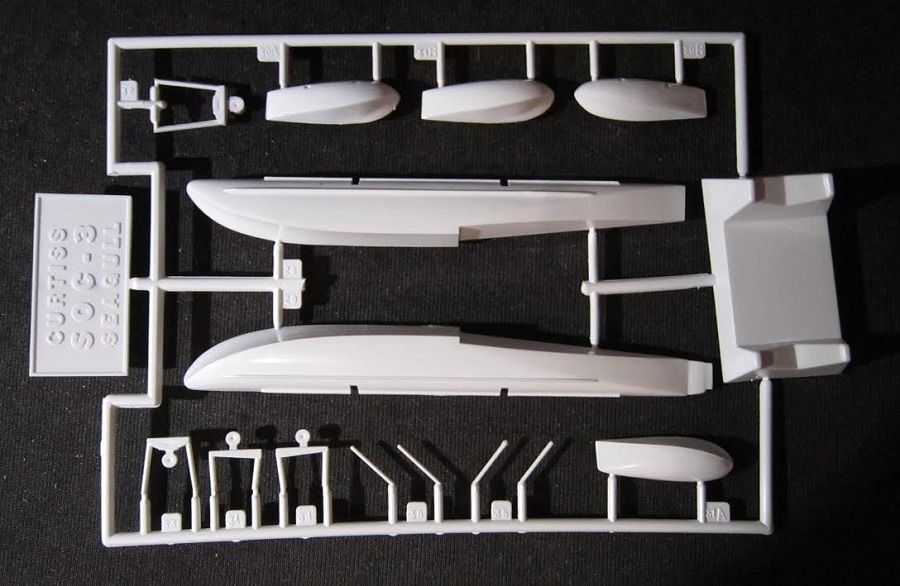 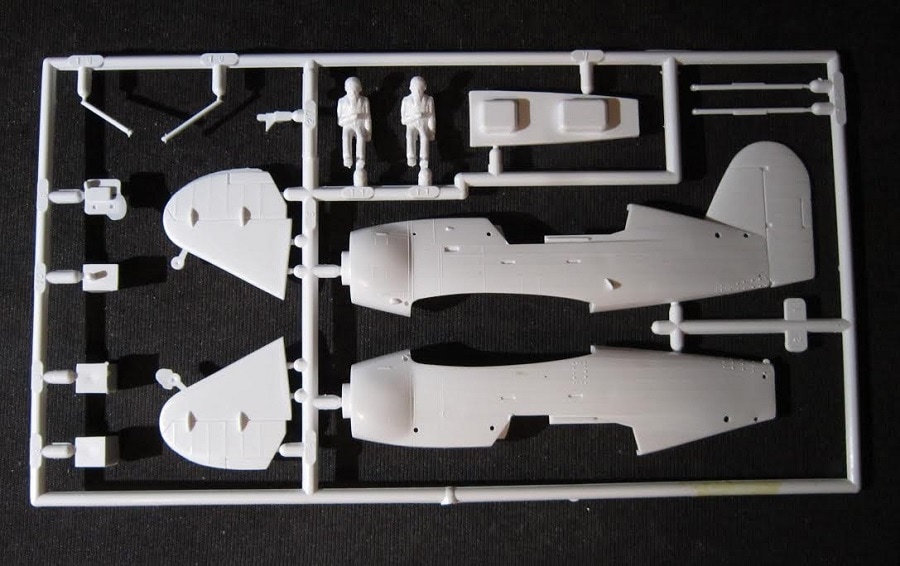 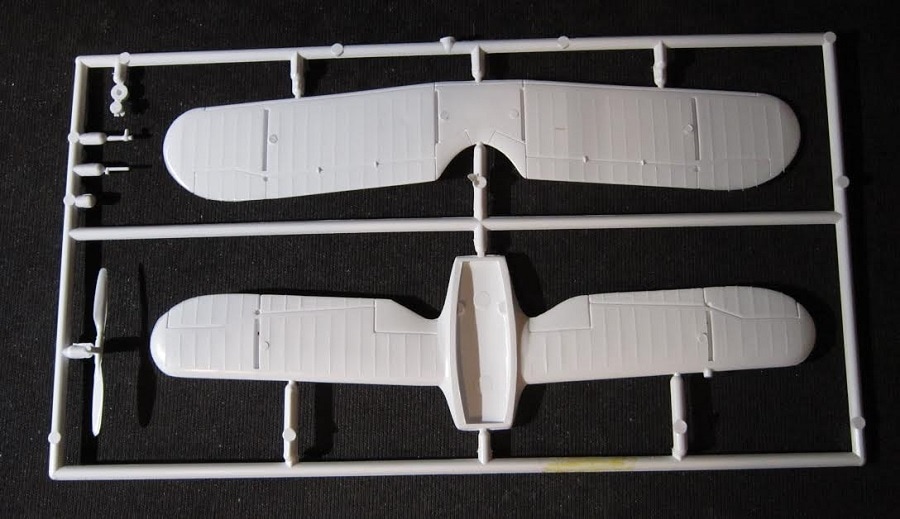 ​Next is the clear canopy part.

The decal sheet completes the kits contents. It and the 4 white trees and the clear tree are cello bagged. 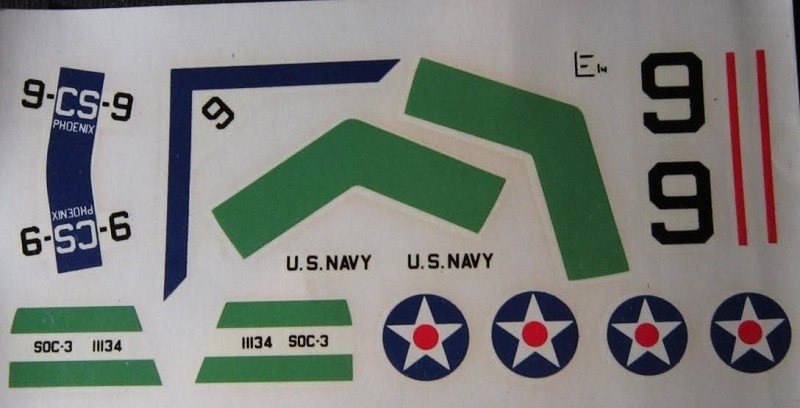 This is a neat old kit. Flaps are all molded solid. Panel lines are of the raised variety.
​I bought my kit years ago for a song at my local hobby shop and am willing to sell it for a decent offer.