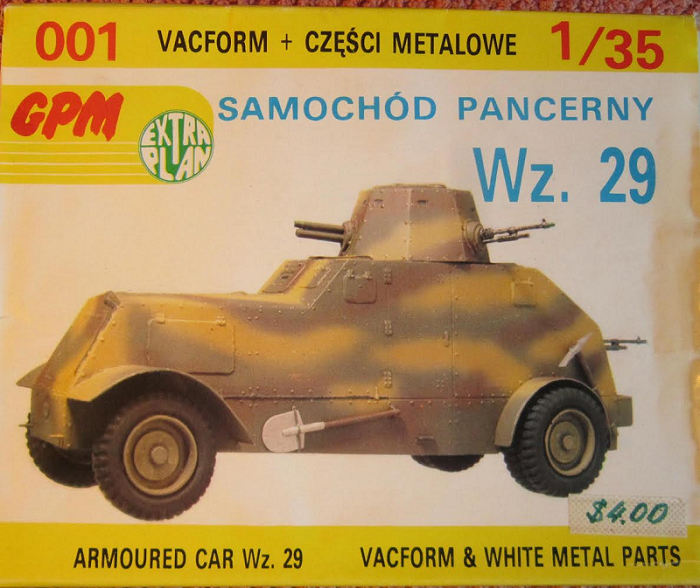 Samochód Pancerny wzór 29 ("armoured car year 1929 model"), commonly known as Ursus or CWS, was a Polish interwar heavy armored car. A handful of these vehicles saw combat during the Polish-German War of 1939.

The car was designed in 1929 by Rudolf Gundlach. The vehicle was based on the chassis of the Ursus A 2-ton truck (Italian S.P.A. 25C modified by Ursus Mechanical Works in Warsaw), the armored body was built by CWS, Warsaw.

The initial armament consisted of the French 37 mm low-velocity gun in the turret front, 7.92 mm machine guns in the turret left-rear and right-rear at 120 degrees to the gun (all operated by the commander), and another 7.92 mm MG in the hull rear (operated by the rear gunner).

Although this arrangement helped to achieve good balance of the turret, it was awkward to use. In the mid-1930s the right turret machine gun was removed.

The vehicle was sufficiently armed and armored for late 1920s, but was under powered, lacked all-wheel drive (which led to poor off-road mobility) and had high silhouette. Because of these shortcomings, only between 10 and 13 cars were built.

GPM Extra Plan is based in Lodz, Poland. I believe they have gone out of business.

The kit came in a non-shrink-wrapped end opening type box with interlocking end flaps. I am no fan of this type of box, because inevitably parts or the decal sheet find their way past one of the end flaps to become lost forever. Give me a tray and lid type box any day of the week.

The box art shows a WZ-29 posed against an all-white background, similar to how Tamiya does the majority of their box arts also.

It shows the armored car in a base of earth-yellow with wide dark-green bands and no markings.

One side panel shows 2 line-drawing box arts of other AFV kits that GPM made: a Samochod Pancerny Kubis armored car (kit no. 002) and a Drezyna Pancerna Tatra railway tank (kit no. 003). I believe these were also vacuformed kits in 1/35th scale.
​WHAT'S IN THE BOX:

The box contains 4 chalk-white sheets of vacuformed plastic that are loose and white metal parts that are in a clear taped-shut cello bag and the instructions.
There are no clear parts, crew figures or a decal sheet included. 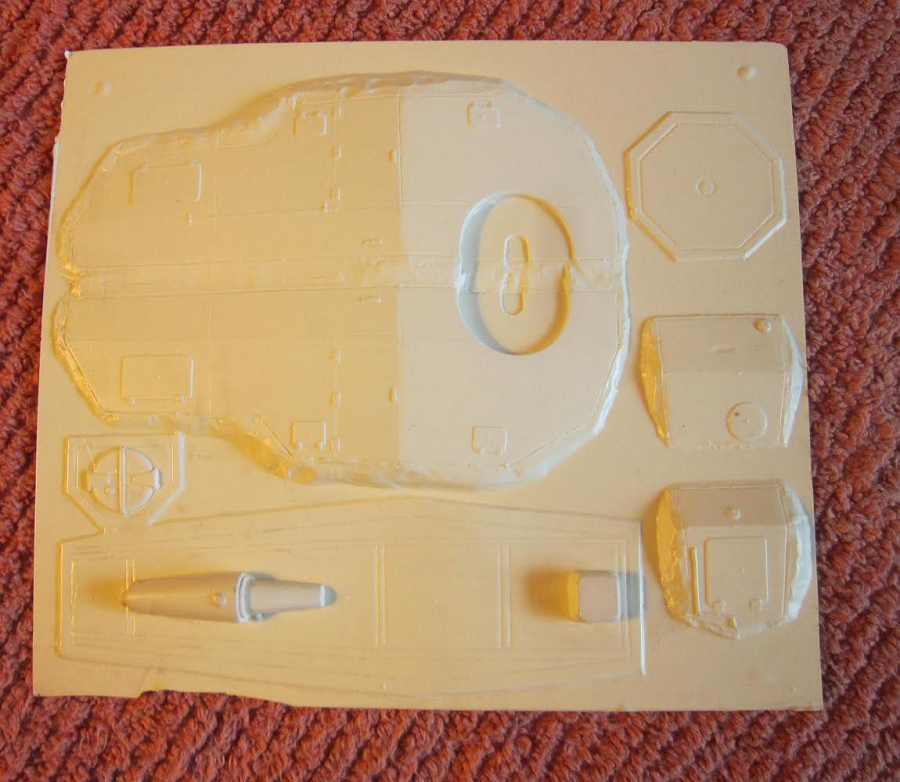 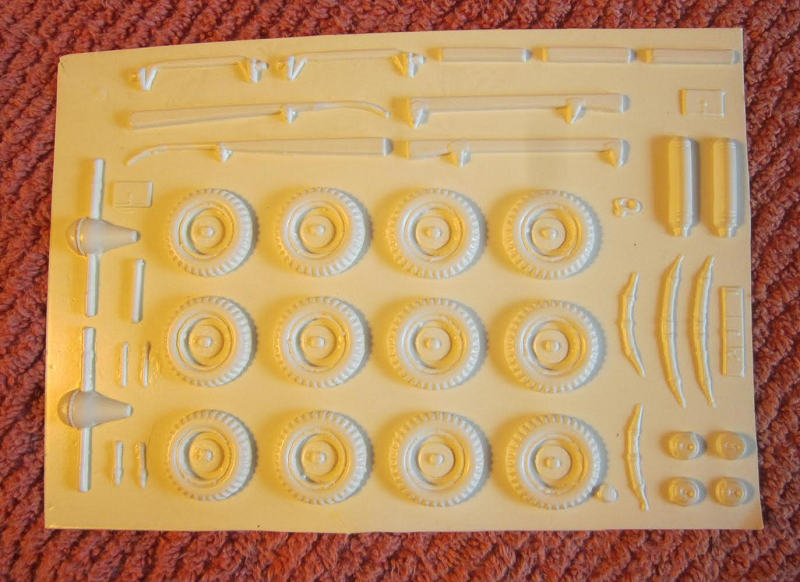 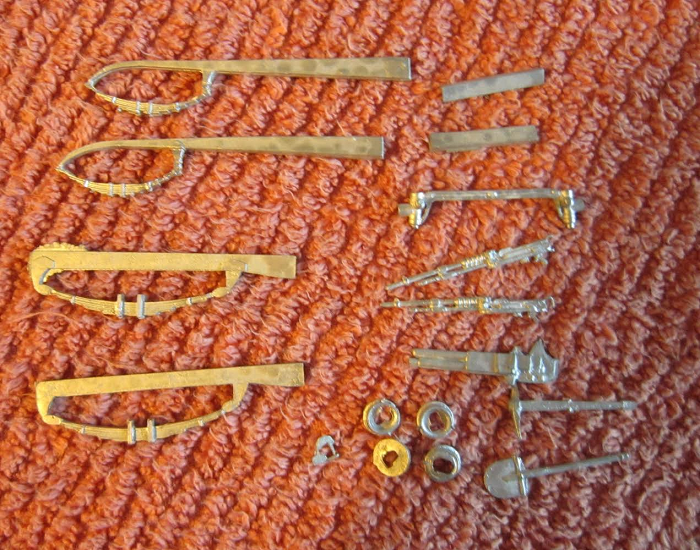