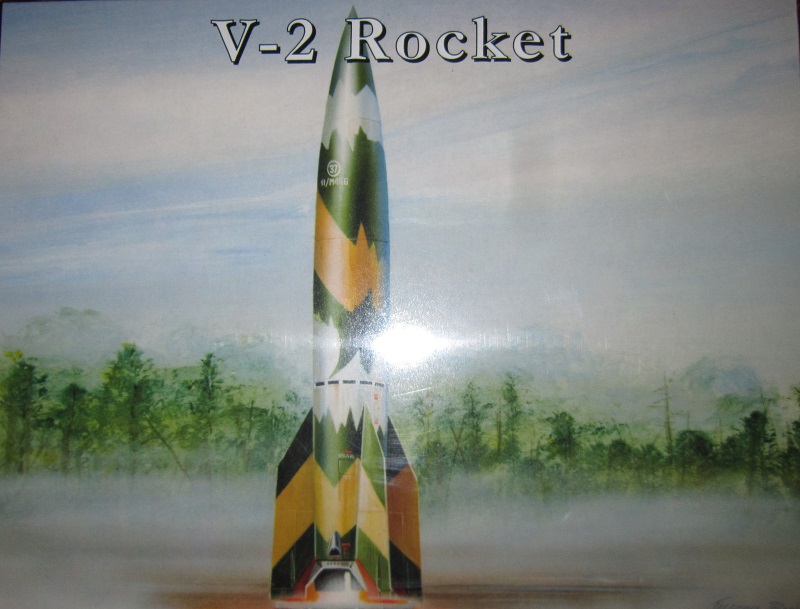 Pegasus Hobbies is a model company based in Montclair, California. I have 2 different models by them: this V-2 and a V-1. Both are pretty much snap together kits.

The V-2 (German: Vergeltungswaffe 2, "Vengeance Weapon 2"), technical name Aggregat-4 (A4), was the world's first long-range[4] ballistic missile. The liquid-propellant rocket was developed during the Second World War in Germany as a "vengeance weapon", designed to attack Allied cities as a form of retaliation for the ever-increasing Allied bomber effort against German cities. The V-2 rocket was also the first man-made object to enter the fringes of space.

Beginning in September 1944, over 3,000 V-2s were launched by the German Wehrmacht against Allied targets during the war, mostly London and later Antwerpand Liège. According to a BBC documentary in 2011, the attacks resulted in the deaths of an estimated 9,000 civilians and military personnel, while 12,000 forced laborers and concentration camp prisoners were killed producing the weapons.[5]

The V-2's greatest impact may have been after the war; as Germany collapsed, teams from all of the Allied forces raced to collect rockets, designs and the German engineers and scientists involved in the V-2 effort. In the immediate post-war era, these teams were combined with local groups to re-engineer and update the V-2 design. The knowledge gained from these efforts led to rapid progress, especially in the United States and the Soviet Union, and by the mid-1950s, nuclear-armed descendents of V-2 missiles were common battlefield weapons. By the end of the decade these had reached intercontinental range and became a primary strategic weapon.

Through a lengthy sequence of events, a significant portion of the original V-2 team ended up working for the US Army at the Redstone Arsenal. This team, led byWernher von Braun, would be turned over to NASA on its formation. For NASA they designed a series of booster rockets in the Saturn family, which successfully landed a man on the Moon

This kit comes in a shrink-wrapped tray and lid type box. The box art shows a V-2 being launched from a ground base unit in a clearing in a forest. It is in a plinter pattern of white, green and sand.

One side panel says that the kit is for modelers 14 years old or older and not for children under that age because of small parts that may be swallowed. Next to that is the P.O. Box address for Pegasus’s European Distributer in the U.K. and MADE IN CHINA.

The other side panel repeats the made for modelers over 14, followed by a one paragraph history of the V-2. A message about how great the kit is and that it is a good entry level kit for a new modeler. Paint and glue are not included and glue is not needed. It says there are 14 parts in the kit, but I counted 15.

This kit contains 15 parts in dark green plastic, a small decal sheet, a sheet of self-adhesing stickers and the instructions

The instructions consist of a single sheet folded in the center to create 4 pages in 7” x 9” page format.

Page 1 begins with a black and white repeat of the box art, followed by the history of the V-2.

Pages 2 and 3 give a grand total of 5 assembly steps.

Page 4 has the decal application and painting instructions.

No figures are included. Parts are all very nicely engraved.

Step 1 in the instructions assembles the 2 forward fuselage halves (A1 & A2) trapping the mid-fuselage ring (B5) between them.

Step 5 is attaching the V-2 to the launch pad.

Although a snap together kit, I glued mine together with Tenax 7R liquid cement.

The paint scheme shown is a splinter pattern, called in German as the Gezackt “Ragged Version 2”, in grun=RLM 71, white=RAL 9003 and dunklegelb=RL 7028.

The tiny decal sheet has a circle with the number 37 inside it, above 11/W456 all in white. This goes on the V-2’s fuselage sides about a 3rd way down from the nose.

There is a sheet of self-adhesing stickers in the kit that has all sorts of crazy designed markings aimed at kids. Included amongst these is the circle with 37 marking too. I doubt I want to use this sticker instead of the water slide decal of that marking. 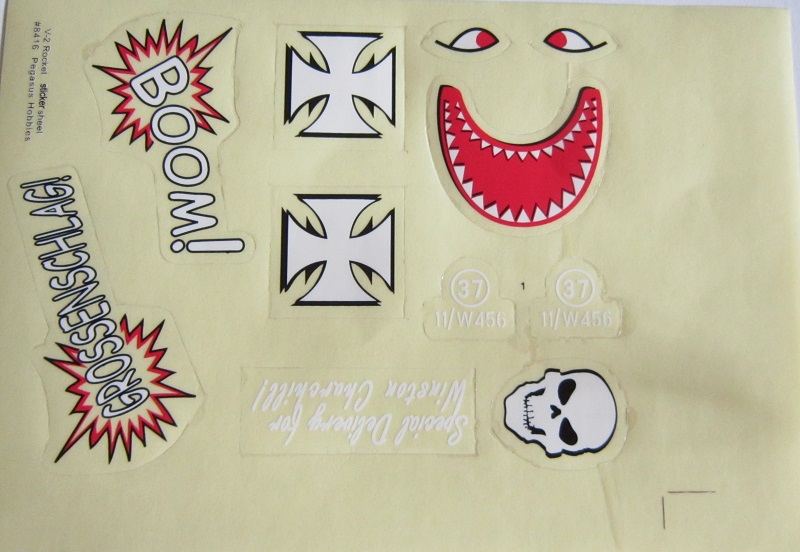 With only 15 parts and being a snap together kit this is a great entry level kit for the beginning modeler and a very easy build. It has excellent engraved detail. The price is very reasonable. Highly recommended. 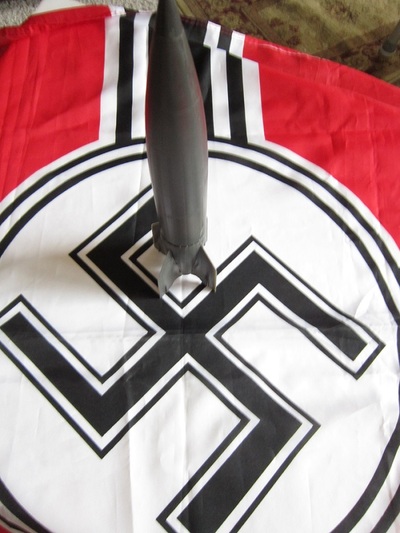 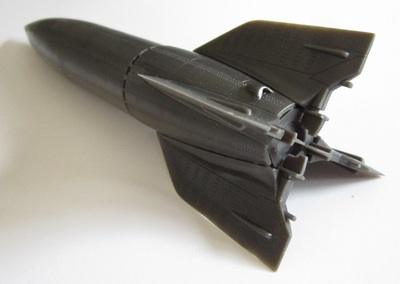 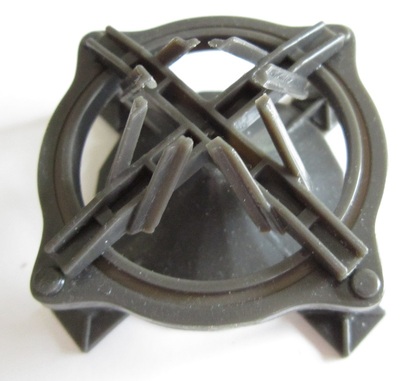