MSRP: OOP
HISTORY:
The Macchi M.C. 72 was an experimental seaplane designed and built by the Italian aircraft company Macchi Aeronautica. The M.C. 72 held the world speed record for all aircraft for five years.

In 1933 and 1934, it set a world speed record·for internal combustion-powered seaplanes which still stands.
Design and development

The Macchi M.C. 72 was one of a series of seaplanes developed by Macchi Aeronautica. An earlier model, the M.24 was a twin-engine flying boat armed with machine guns and capable of carrying a torpedo. Later in the 1920s, Macchi focused on speed and on winning the Schneider Trophy. In 1922, the company hired aircraft designer Mario Castoldi to design high-speed aircraft.

In 1926, the company won the trophy with the M.39 which attained a top speed of 396 km/h (246 mph). Further aircraft, the M.52, M.52R and the M.67, were designed and built but victory in the Schneider races kept eluding the Italians. Castoldi then designed the ultimate racing seaplane, the M.C. 72, a single-seater aircraft with two floats.

The M.C. 72 design was unique with a fuselage partly metal to the cockpit and wood monocoque bolted to the front tubular portion by four bolts The streamlined nose contours enclosed an oil tank with its outside wall exposed to the airstream. The wing was all metal with flat tubular water radiators smoothly faired into the wings.

The twin pontoons had three smoothly-faired radiators on the outer surfaces, the forward radiator for water and the centre and rear radiators for oil cooling. The float struts also featured water radiators and another radiator was fitted during hot conditions under the fuselage running from cockpit to tail.

The M.C. 72 was built in 1931 with the idea of competing for what turned out to be the final Schneider Trophy race, but due to engine problems, the M.C. 72 was unable to compete.

Warrant Officer Francesco Agello, test pilot of the Macchi M.C. 72
Instead of halting development, Macchi continued work on the M.C. 72. Benito Mussolini personally took an interest in seeing development of the M.C. 72 continue and directed state funds to the company.
Operational history

For two years, the M.C. 72 suffered from many mechanical defects, as well as the loss of two test pilots who died trying to coax world class speed out of the M.C. 72 (first Monti and then Bellini). The final design of M.C. 72 used contra-rotating propellers powered by a modified FIAT AS.6 supercharged V24 engine generating some 1,900-2,300 kW (2,500-3,100 hp).

After 35 flights, the engines were overhauled in preparation for a record attempt. The aircraft finally lived up to expectations when it set a new world speed record (over water) on 10 April 1933, with a speed of 682 km/h (424 mph). It was piloted by Warrant Officer Francesco Agello (the last qualified test pilot). Not satisfied, development continued as the aircraft's designers thought they could break 700 km/h (430 mph) with the M.C. 72.

This feat was in fact achieved on 23 October 1934, when Agello piloted the M.C. 72 for an average speed of 709 km/h (440 mph) over three passes. This record remains (as of 2012) the fastest speed ever attained by a piston-engine seaplane. After this success, the M.C.72 was never flown again.

Speed record
The M.C. 72 held the world speed record for all aircraft for five years. For comparison, the record holder for a land-based aircraft was held (for a time) by the Hughes H-1 Racer with a top speed of only 566 km/h (352 mph). Then in 1939, two German racing aircraft passed the M.C. 72.

Preserved Macchi M.C.72 in Italy at the Museo storico dell'Aeronautica Militare di Vigna di Valle
One M.C. 72, the aircraft that took the world record, survives. It is on display at the Italian Air Force Museum, near Rome.

Macchi-Castoldi M.C.72
Data from Flying-boats and Seaplanes since 1910[4]
General characteristics

Smer is a model company based in Prague, Czech Republic. I don’t know if they exist any more.

THE KIT:
This kit came in a shrink-wrapped tray and lid type box and the box art shows a MC 72 flying over a bay.

WHAT’S IN THE BOX:
This kit contains 3 off-white trees of parts, 2 loose off white fuselage halves, a clear plastic sheet with the windshield embossed in it and a clear plastic display stand, all in sealed cello bag. 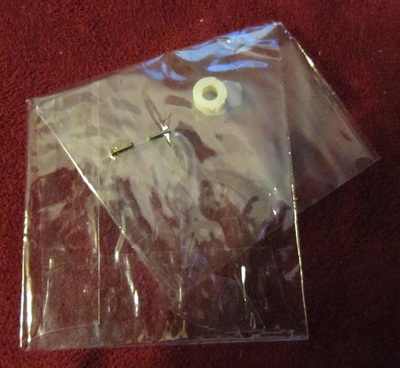 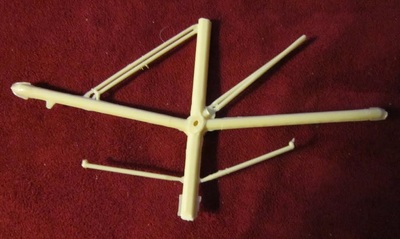 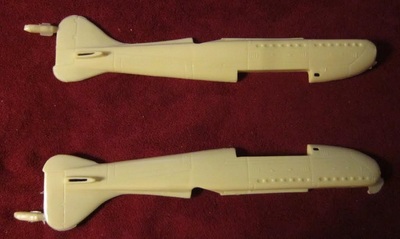 The instructions, decal sheet and a clear plastic stand complete the kits contents. 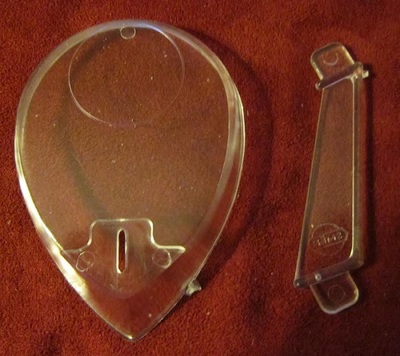 The instructions consist of a single sheet that is 4 pages in 8 ½” x 9 ½” page format.t.
Page 1 of the instructions begins with a color repeat of the box art, followed by a history of the M.C. 72 in Czech.
Page 2 & 3 have a black and white photo of the actual aircraft. One photo is of it parked on the shore of a bay with a pilot standing in front of it. The other photo shows it on a wheeled trolley (not included in this kit). There are 2 exploded drawings for assembly and lot more Czech text.
Page 4 has a 4-view for the only marking and painting scheme (the box art one). It differs some from the box art illustration and does not show the radiator panels outlined in white. Technical data on this page is also only in Czech.
The wings of this aircraft are wire-braced, however no wire is provided in the kit to do this wiring and the instructions are a little vague as to their positions.
There is no pilot figure in the kit. Detail is mostly of the raised type. Other than a molded-in pilot’s seat on one wall of the cockpit side there is no other detail in the cockpit. Control surfaces are molded solid and will need surgery to re-position.
The part trees are not alphabetized or numbered, either on the actual parts trees or in the assembly steps. There are no parts trees illustrations in the instructions. Which means more work to get the correct parts for assemblies.
I got this kit years ago from a fellow modeler I traded with in Prague, Czech Republic.
It first appeared by Smer in the 1970’s, but was kit no. 105 by Artiplast brand in the 1960’s. It last appeared from Smer as kit no. 813 in the 1980’s.