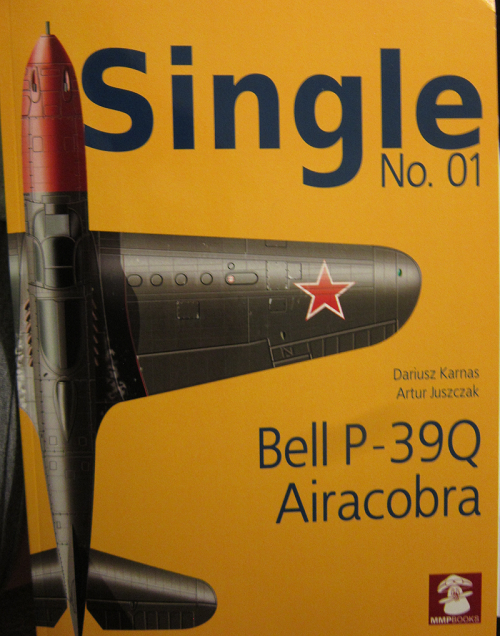 The Bell P-39 Airacobra was one of the principal American fighter aircraft in service when the United States entered World War II.

The P-39 was used by the Soviet Air Force, and enabled individual Soviet pilots to collect the highest number of kills attributed to any U.S. fighter type flown by any air force in any conflict.

Other major users of the type included the Free French, the Royal Air Force, the United States Army Air Forces, and the Italian Co-Belligerent Air Force.

Designed by Bell Aircraft, it had an innovative layout, with the engine installed in the center fuselage, behind the pilot, and driving a tractor propeller with a long shaft. It was also the first fighter fitted with a tricycle undercarriage.

Although its mid-engine placement was innovative, the P-39 design was handicapped by the absence of an efficient turbo-supercharger, preventing it from performing high-altitude work.

For this reason it was rejected by the RAF for use over western Europe but adopted by the USSR where most air combat took place at medium and lower altitudes.

Together with the derivative P-63 Kingcobra, the P-39 was one of the most successful fixed-wing aircraft manufactured by Bell

Mushroom Model Publications (MMP) is based in the UK. All their books are printed in Poland by Stratus in English.

Stratus also publishers their own line of books in both English and Polish.

The front and rear cover is bright yellow. The cover art has a top view of the P-39Q in Russian markings. Its left wing is wrapped around onto the back cover.

It is shown as it was with the Soviet 19 GIAP at the end of 1943. It is the personal aircraft of Captain Ravel Kutashov (41 victories).

This top view is repeated at the back of the book as a 3. It is olive-drab over a light-blue under-carriage. It has a large number "10" on the sides of the rudder and red panels on each side of the nose.

There are line drawings of the exterior of the cockpit. the pilot seat, foot pedals, instruments and dashboard.

There are 6 black and white photos of the instruments and dashboard, cutaway line drawings of the fuselage inner structure, cockpit exterior and interior.

There are 2 photos of the bottom of the wings of a U.S. marked P-39Q in a museum

The last 2 pages have a 4-view color profile illustrations of the cover art scheme (already described above).