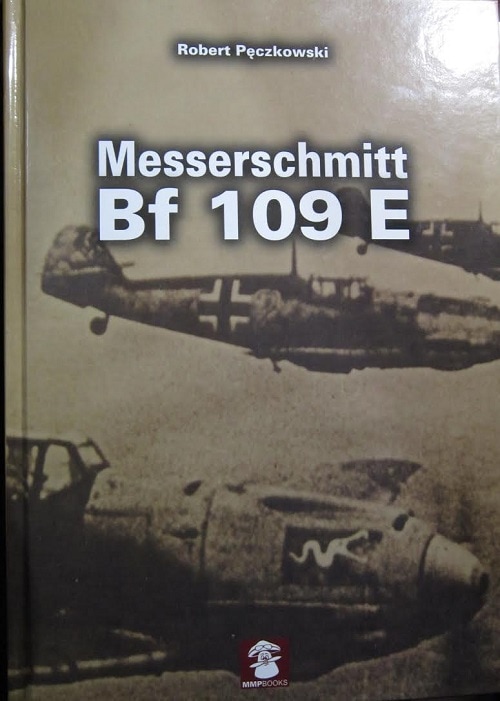 In late 1938, the Bf 109E entered production. To improve on the performance afforded by the 441–515 kW (600–700 PS) Jumo 210, the larger, longer Daimler-Benz DB 601A engine was used, yielding an extra 223 kW (300 PS) at the cost of an additional 181 kg (400 lb). A much bigger cooling area was needed to disperse the extra heat generated by the DB 601 and this led to the first major redesign of the basic airframe. Enlarging the existing nose mounted radiator sufficiently to cool the engine would have created extra weight and drag, negating some of the performance gains afforded by the increased power.

So it was decided to move the main radiators to beneath the wings' undersurfaces immediately outboard of the juncture between the wing root and wing panel, just forward of the trailing edges' inner ends, leaving the oil cooler under the nose in a small, streamlined duct. The new radiator position also had the effect of counterbalancing the extra weight and length of the DB 601, which drove a heavier three-bladed Vereinigte Deutsche Metallwerke (VDM)-made propeller.

To incorporate the new radiators, the wings were almost completely redesigned and reinforced, with several inboard ribs behind the spar being cut down to make room for the radiator ducting. Because the radiators were now mounted near the trailing edge of the wing, coinciding with the increased speed of the airflow accelerating around the wing's camber.

The overall cooling installation was more efficient than that of the Jumo engined 109s, albeit at the cost of extra ducting and piping, which could be vulnerable to battle damage. In addition, the lowered undercarriage could throw up mud and debris on wet airfields, potentially clogging the radiators.

After test fights, the V14 was considered more promising and a pre-production batch of 10 E-0 was ordered. Batches of both E-1 and E-3 variants were shipped to Spain for evaluation, and first saw combat during the final phases of the Spanish Civil War.

Mushroom Model Publications (MMP) is based in the U.K. All their books are printed in Sandomierz, Poland by their associate Stratus. Stratus does their own line of books also in both Polish and English.

This book is all in English.

The cover shows 3 Bf-109E's flying in formation against an orange background. The 109 in the foreground has a logo on the nose of a black rectangle with a white storm worm on it.

This book is an illustrated history of the evolution of the "Emil" (E) version of Germany's most famous WWII fighter aircraft.

How the Bf-109E changed during production from 1931 to 1941. How to recognize the different versions from the E-0 to the E-9, It documents the engine variants which led to design changes and introduction of fuel injection.

There are 31 color plates (two of these are 3-views and one is a 2-view), 107 black and white wartime photos, 70 drawings from technical manuals and 92 color walk-around type photos in museums.

There are 23 1/72nd scale line drawings as profiles, three that are 2-views and two that are 3-views. also a line drawing of fuselage inner formers, 2 of air intakes, 1 of a bomb and 1 of a canopy.

There are 5 data lists in the book and a propoganda poster. There are 2 illustrations of the instrument panel with 3 black and white photos of it.

The last page of the book is the bibliography.

This is a very thorough book about the Bf-109E's.

It will appeal to both aviation historians and modelers alike.

I want to thank Dr. Roger Wallsgrove, Editor-in-Chief of MMP and the folks at Casemate who sent me this book in a heavily padded envelope.

All MMP titles can be viewed on Casemate's site at: