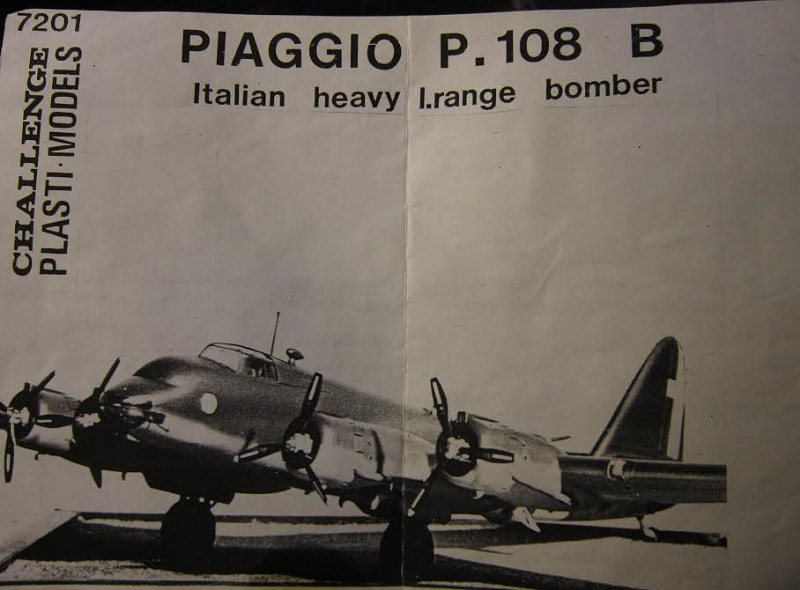 The Piaggio P.108 Bombardiere was an Italian four-engine heavy bomber that saw service with the Regia Aeronautica during World War II. The prototype first flew in 1939 and it entered service in 1941. It was one of a handful of Italian combat aircraft that could match the best manufactured by the Allies. Four versions of the P.108 were designed, but only one, the P.108B bomber, was produced in any quantity before the armistice.

The other variants included the P.108A anti-ship aircraft with a 102 mm (4 in) gun, the P.108C, an airliner with an extended wingspan and re-modeled fuselage capable of carrying 32 passengers, and the P.108T transport version designed specifically for military use. Only one P.108A and 24 P.108Bs were built. The combined total number of all versions (and prototypes) was at least 39, almost certainly more than 44.

Most of the P.108Cs were subsequently modified for use as military transport aircraft and could accommodate up to sixty passengers. Nine P.108 Ts were used by Luftwaffe transport units until the end of the war.

Robert’s Models is a company based in West Hazleton, PA. It is owned by Jeff Roberts whom I met when my mother lived there before she died.

Jeff started the company in the 80’s and this kit is one of his first releases and rather crude. He gave it to me as a gift. He produces vacuformed aircraft kits and resin after-market accessories for aircraft models.

The kit came in a large clear cello bag.
WHAT’S IN THE BAG:

The bag contains vacuformed fuselage and elevator halves, wheel wells and loads of resin parts in light-tan and dark-gray.

There is a clear vacuformed sheet of 2 of what I think are turret blisters. However, they are flat-topped and not domed like the blisters should be for a P-108. 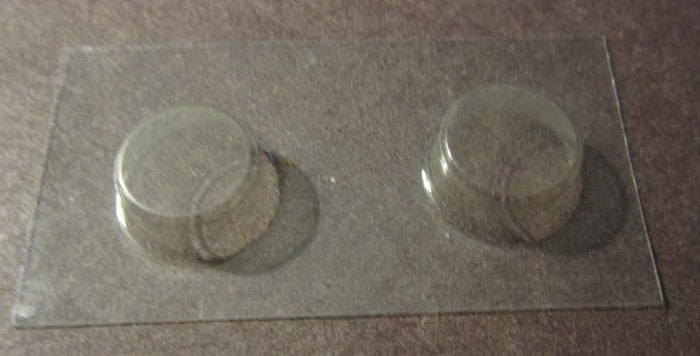 ​There are 5 dark-gray resin cowlings and 1 ½ main wheels and one landing gear strut. 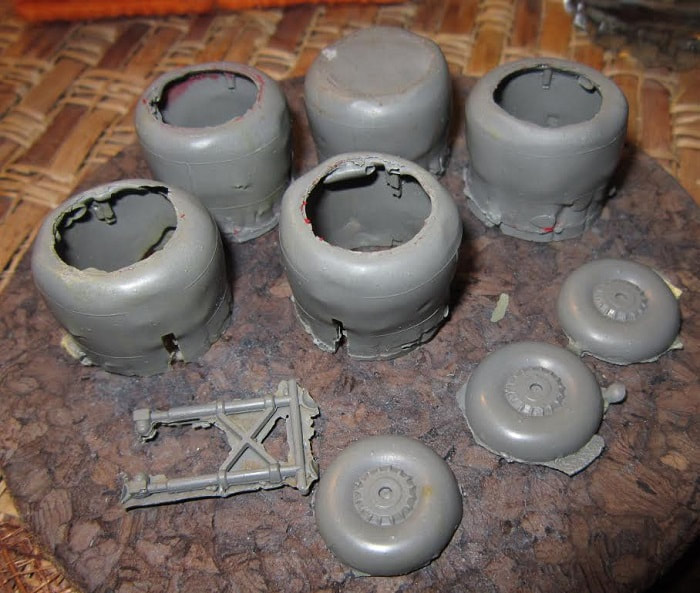 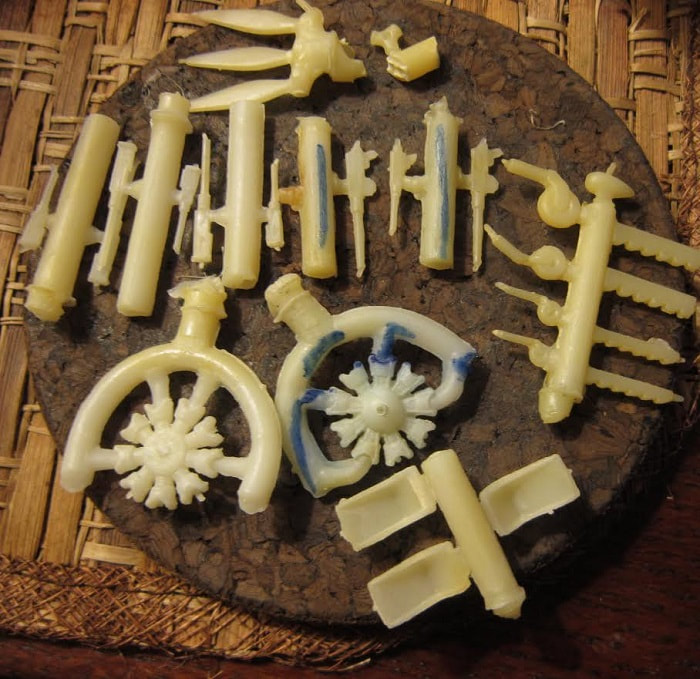 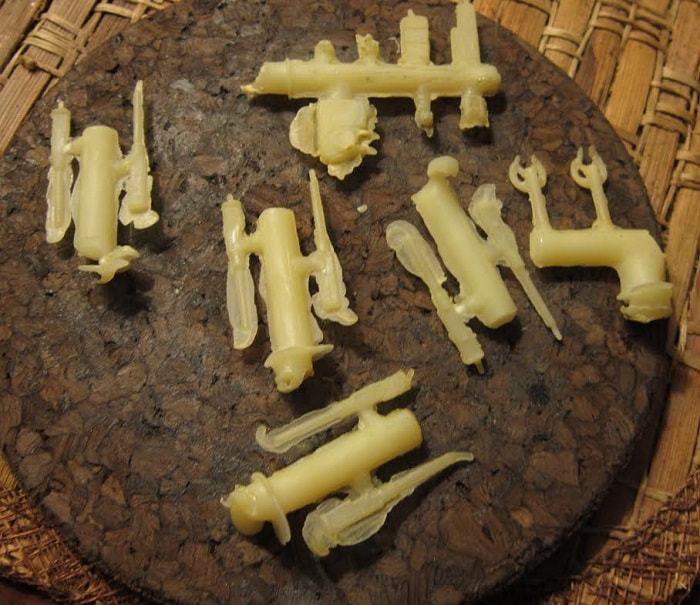 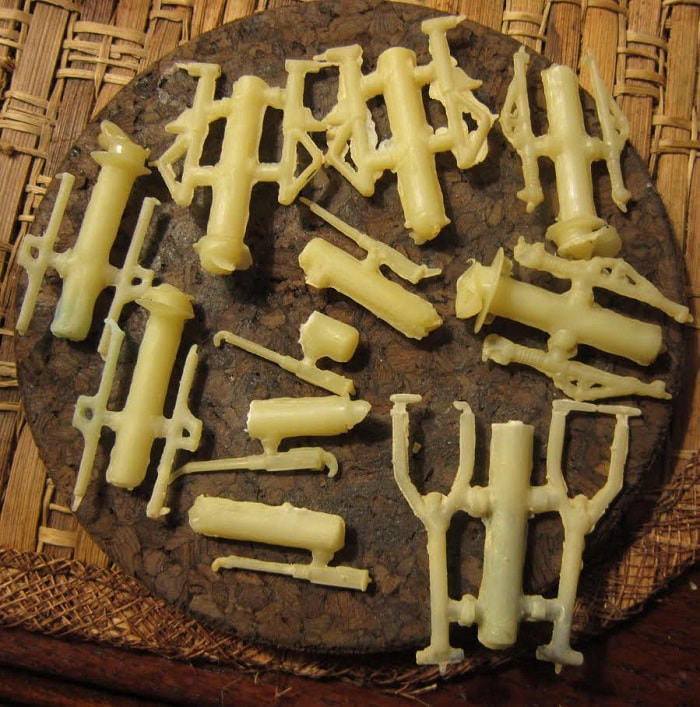 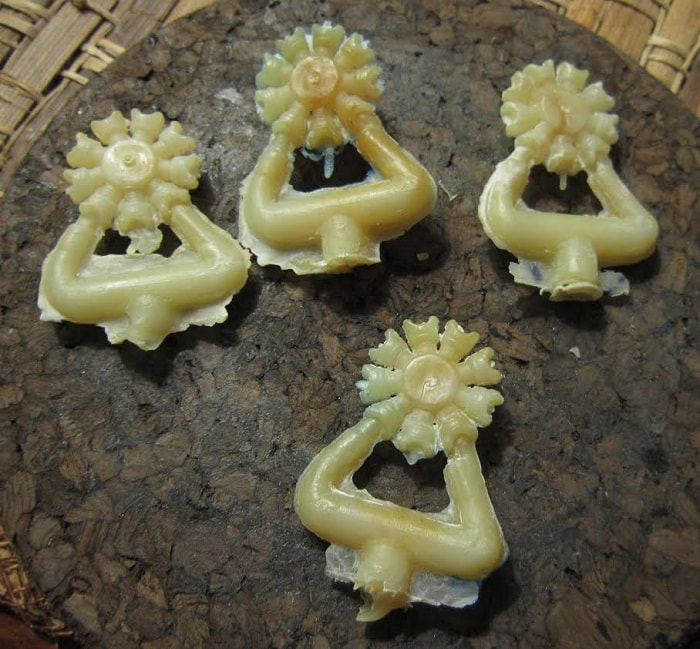 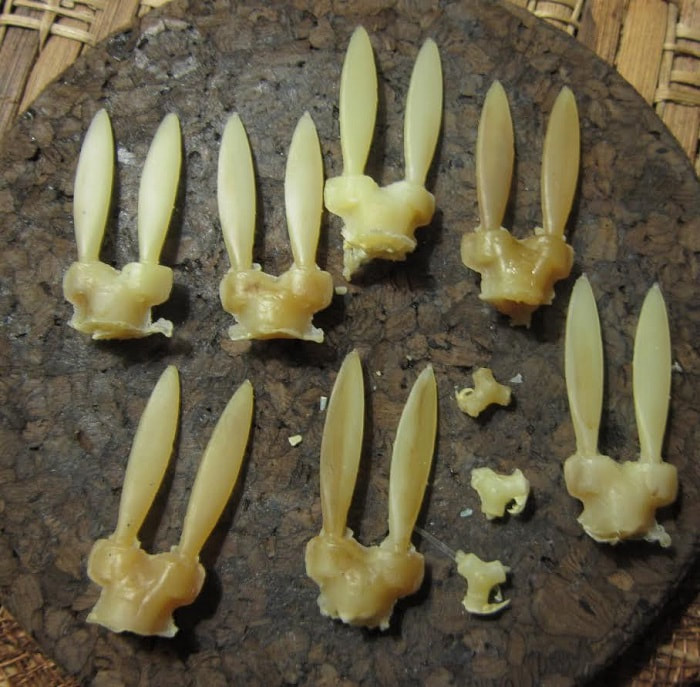 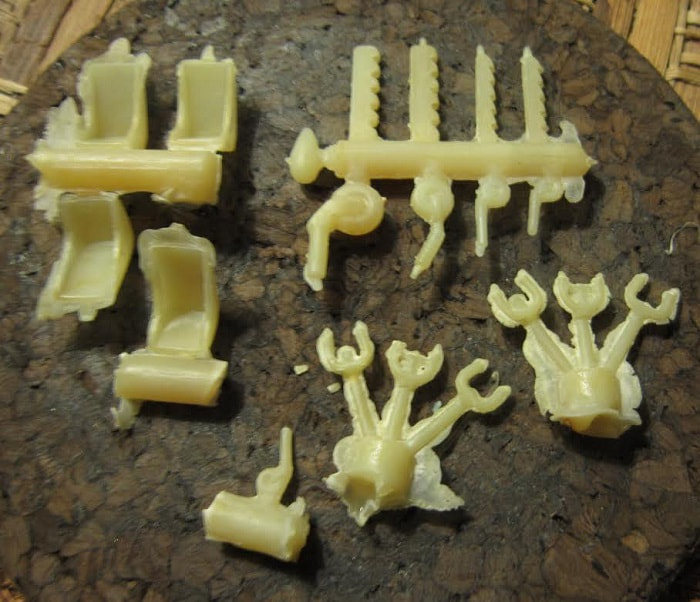 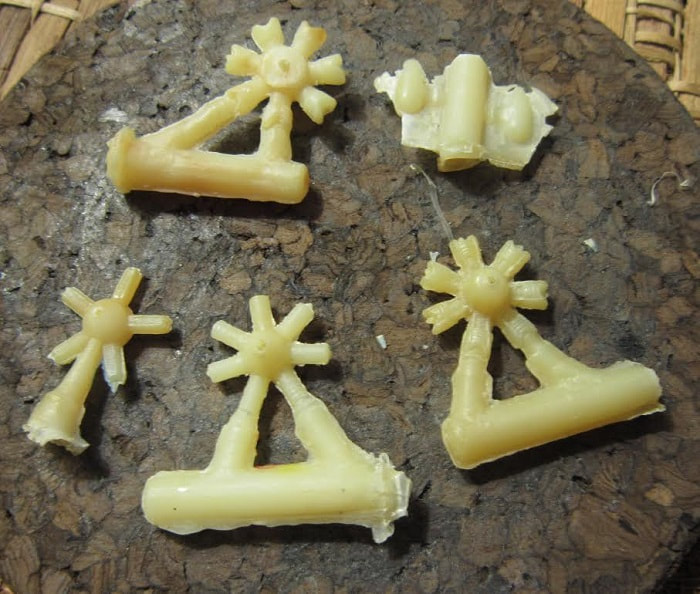 ​Jeff through a copy of Air International magazine, vol.31, no.6, December 1986 issue in the bag. It says in there that the article would be continued in the January 1987 issue. 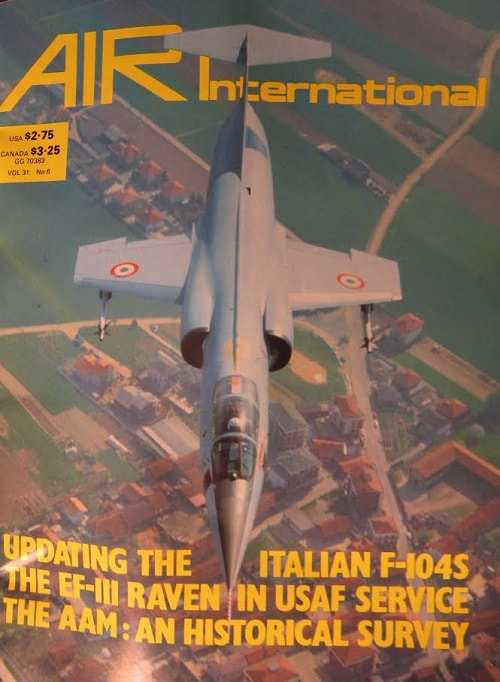 There are also 8 xeroxed pages about the P-108 included in the bag, that I strongly suspect is the second half of the article out of the January 1987 issue of Air International.

The is also a large xerox of a cut-away illustration of the aircraft that came out of Delta magazine (Italy). 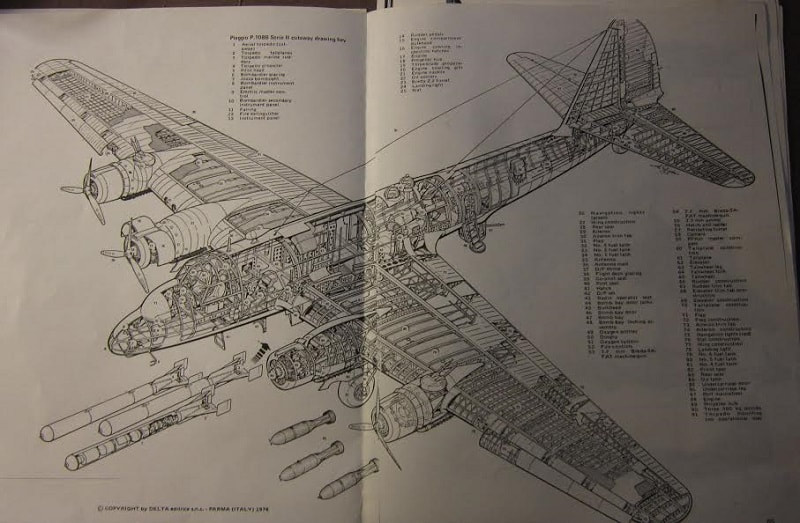 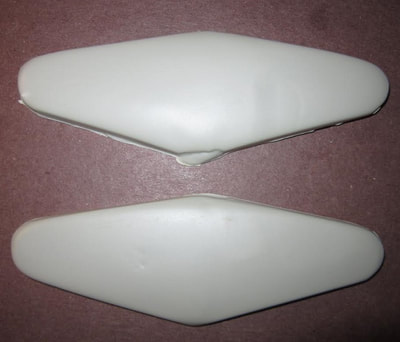 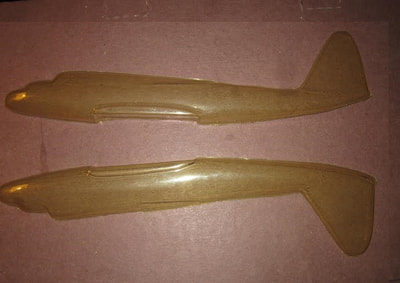 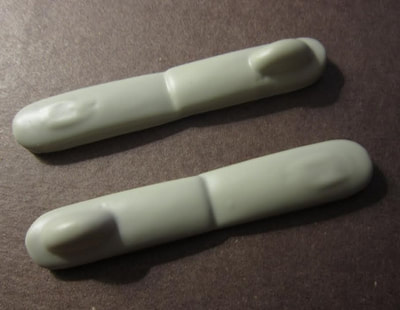 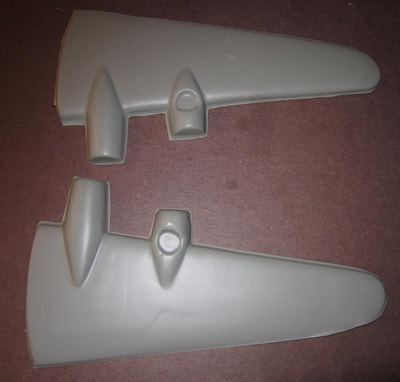 This kit is rather crude, and as I said is one of Robert’s Model’s first efforts. His stuff has gotten a lot better over the years.

However, the resins in this kit are full of flash and seams. The vac parts are detail-less with no engraving or panel lines. So, it’s get out the scribing tools.

I cannot recommend this kit really. I hate to say that because it was a Gift. I also haven’t a clue as to what Jeff was pricing this kit as years ago. His newer stuff runs rather high.