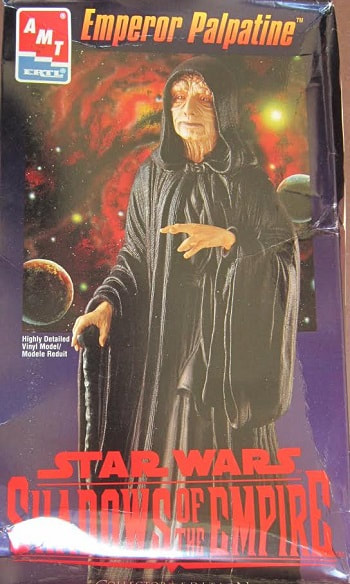 I paid $6.00 for my kit back then at Ertl's factory discount store.
​Sheev Palpatine (colloquial: Darth Sidious and The Emperor) is a fictional character and one of the primary antagonists of the Star Wars franchise, mainly portrayed by Ian McDiarmid.

Though outwardly appearing to be a well-intentioned public servant and supporter of democracy prior to becoming Emperor, he is actually Darth Sidious, the Dark Lord of the Sith – a cult of practitioners of the dark side of the Force previously thought to have been extinct for a millennium in the Star Wars galaxy.

As Sidious, he instigates the Clone Wars, nearly destroys the Jedi, and transforms the Republic into the Empire. He also manipulates Jedi Knight Anakin Skywalker into turning to the dark side and serving at his side as Darth Vader. Palpatine's reign is brought to an end when Vader kills him to save his son, Luke Skywalker.

Since the initial theatrical run of Return of the Jedi, Palpatine has become a widely recognized popular culture symbol of evil, sinister deception, dictatorship, tyranny, and the subversion of democracy.

Ertl was a toy company based in Dyresville, IA. Fifty-six miles N.E. of my home. I went there many times to their factory discount store to purchase kits cheap.
Ertly started years ago as a manufacturer of metal farm toys - tractors, plows, combines etc. and later branched out into plastic model kits. They have gone out of business.

The kit came in a badly crushed shrink-wrapped end opening type box. The box got crushed due to the shrink-wrapping machine being set too high. Thus the kits that were crushed were all marked down in pride.

The box art shows the model of Palpatine made up. He is in a black robe with a walking stick, posed against the universe.

One box end flap says the kit was made in China, with the copyright date and Ertl's phone number again.

Very flimsy box. Mine was badly crushed by the shrink-wrapping machine.
​
WHAT'S IN THE BOX: 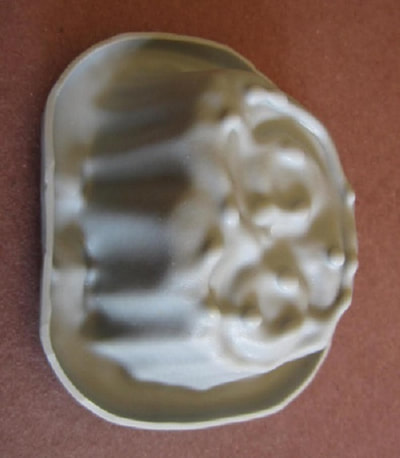 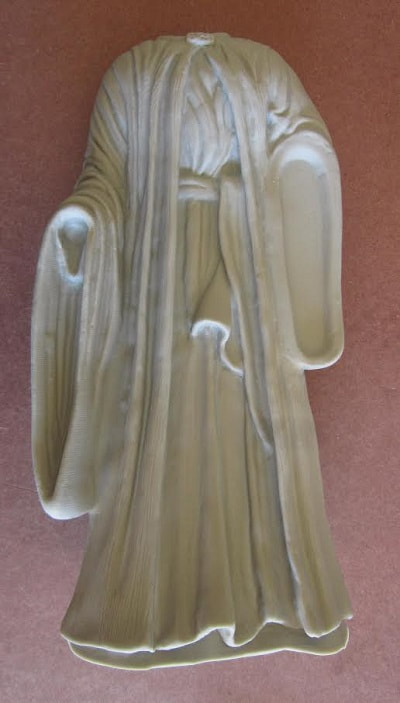 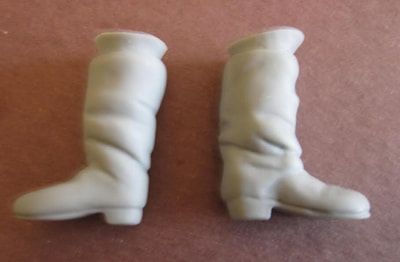 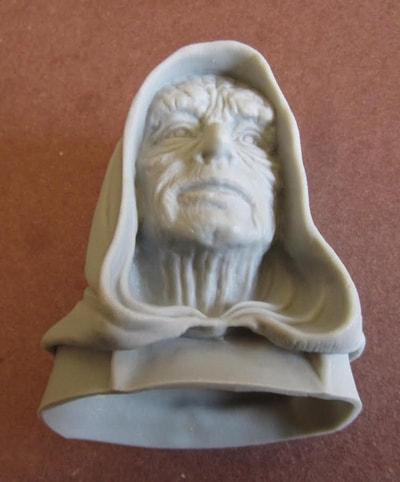 Page 1 is a black and white repeat of the box art over a 1996 copyright date.

Page 6 has Ertl's phone number to call with any problems with the kit, the copyright date of 1996 and Ertl's address in Dyresville, IA in English and French.

There is a card in the kit to use to subscribe to Ertl's Blueprinter magazine and a Star Wars Fan Club membership form. They complete the kit's contents.
​Recommended.