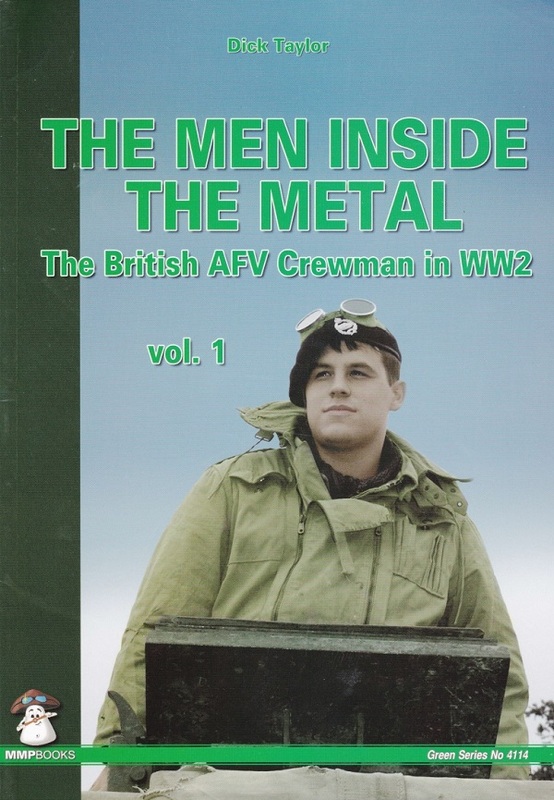 Review of The Men Inside the Metal

Mushroom Model Publications (MMP) is based in the UK. All their books are printed in Sandomierz  Poland by their associate Stratus in English. Stratus also does their own books and the MMP ones in Polish.


This new book was sent to me by Stratus from Poland. It was heavily wrapped in card stock and placed into a padded envelope. Very sturdy packaging.

This book is volume 1 in what is a series of 2 books. The second  book will complete the story of British tank and AV crews. The evolution of their uniforms, and the variations in actual use on all fronts are described and illustrated, as is the personal equipment of AFV crews.

The advantages and drawback of the designs are discussed, in the context of actual front-line operational experience. Illustrated with 105  black and white photos, 109 color photos, 30 line drawings, 13 color illustrations, 6 cartoons, 112 color illustrations of badges and uniform insignia and 6 maintenance manual illustrations.

There are also 2 information lists.

There are 4 chapters in the book:

Chapter 1 is about uniform items

Chapter 2 is about badges and insignia

Chapter 3 is about personal equipment

Chapter 4 is about crew equipment and weapons

The last page of the book shows the color cover art of the second volume on this same subject.


The back cover has the color cover arts of 6 other books by the same author:

This book will be of interest to military historians and enthusiasts and modelers of military figures. It and the second vol. will be the books one should surely have to have data about British AFV crew uniforms and equipment. Strongly recommended.

I want to thank Dr. Roger Wallsgrove, editor-in-chief of MMP and the folks at Stratus in Sandomierz  Poland for this review copy.

All MMP books can be seen at:

The N. American distributor is Casemate