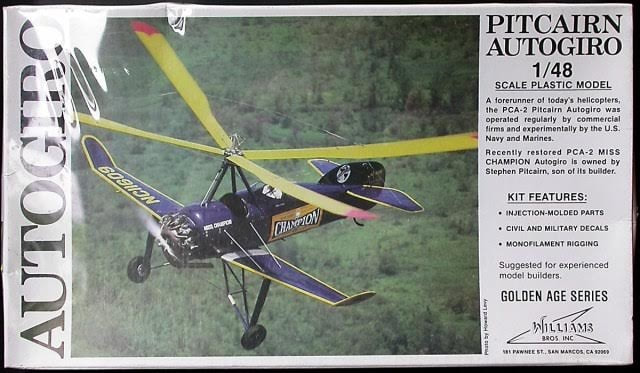 My kit has copyright date of 1990's. I paid $10.00 for mine back then according to cash register slip still in the box.
​HISTORY:

The Autogyro was invented in Spain by Juan de la Cierva. Following a long period of study, tests with models and experiments with various designs, a successful man-carrying version took to the air during 1923. Additional development was continued in England and Scotland, employing a remarkable variety of airframes.

Although Autogyros resemble helicopters, in a general way, they operated on entirely different principals. Helicopter rotors are engine-driven during flight, while by contrast Autogyro rotors revolve as the result of aerodynamic forces
(autorotation) and are not connected to the engine except during a brief run-up before take-off. Once airborne Autogyro rotors continue to develop lift and can safely lower the aircraft to the ground in the event of engine failure.

During 1928, Harold Pitcairn of Bryn Athyn, Pennsylvania, reached an agreement with Cierva for USA Autogyro rights. The first Autogyro brought to this country from England was equipped with a Wright J-5 engine, and after many flights was presented to the Smithsonian Institution, where it exists today.

The first Pitcairn-constructed Autogyro, the PCA-1 (Pitcairn-Cierva Autogyro number 1) served as a flying test bed for perfecting new ideas. The next product, the PCA-2, was the first rotating-wing aircraft in the United States to receive government certification.

The first rotating wing aircraft employed by the U.S. Navy were also Pitcairns. Similar to the civilian PCA-2 design, the military version bore the designatioin XOP-1 (Experimental Observation Pitcairn no. 1). One such machine, number 8850, made landings on and take-offs from the U.S.S. Langley aircraft carrier during 1931. Another XOP-1, number 8976 served with the U.S. Marines.

Williams Bros. was originally in San Carlos, CA. They went out of business for a few years, but now are back again and located in Round Rock, TX.

The kit came in a shrink-wrapped end-opening type box. I am not fan of this type of box, because invariably parts of the decal sheet will find their way past one of the end flaps to become lost forever. Give me a tray and lid type box any day of the week.

The box art shows a Pitcairn Autogyro flying above the countryside. It is is overall dark navy-blue with yellow trim around the wings and elevators and with yellow rotor blades. it has the yellow serial no. NC11609 bove the starboard wing, a white MISS CHAMPION on the side of the cowling and a large Champion Spark Plugs logo on the sides of the fuselage. the serial no. is repeated smaller in yellow on the rudder, along with a white logo of the planet earch with Champion across it.

This last marking is not included on the decal sheet in the kit.

To the right of the box art is a one-paragraph history of the Autogyro, over kit features:

One side panel of the box shows 2 color box arts of 1/72nd scale aircraft kits that Williams Bros. marketed: a Northrop Gamma and a Douglas World Cruiser, and 2 box arts of 1/48 scale kits by them: a Ford Flivver and a Corben Super Ace.

​The other side panel has 4 color box arts of 1/32nd scale aircraft kits that Williams Bros. marketed: the Gee Bee R-4, the Wedell-Williams racer, the Seversky P-35/S2 amd the Gee Bee Z.

These are followed by illustrations of accessory items that Williams Bros. makes: a Pratt & Whitney engine, a Wright J-5 engine, a Le Rhone Rotary engine and some engine cylinders. Below these are illustrations of machine guns: a Spandau, Vickers, Lewis and Parabellum. These are detailed miniatures for display or added to scale models. 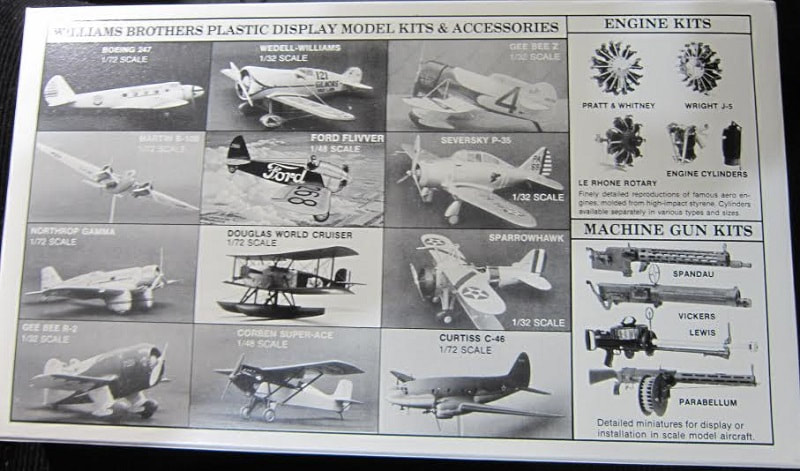 This kit contains 2 medium-gray parts trees, that are not cello bagged, a coil of monofiliment that is in a sealed cello bag, the decal sheet, instructions and a notice that William's Bros. will take care of any missing or defective parts. 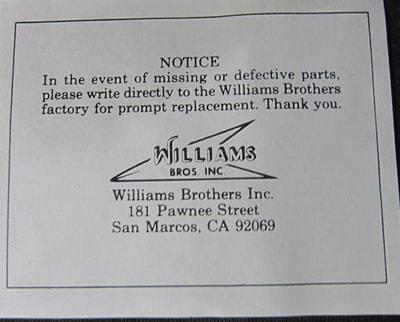 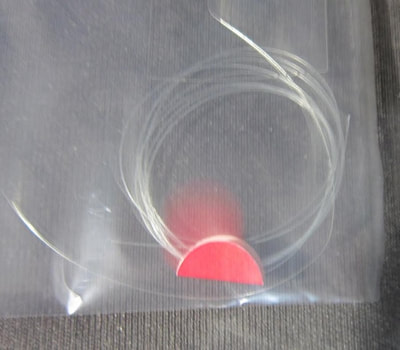 ​The instructions consist of a single-sheet that is printed on both sides. It is 17" x 11" folded twice to fit the box.

One side has the history of the Autogyro over what colors to use for "Miss Champion" or the XOP-1.

References, General information, Cautions and painting instructions follow, over step by step text about how to assemble the model.

The reverse side of the sheet has 4 black and white photos of actural Autogyros and a 4-view large line drawing of the Pitcairn in the Champion and XOP-1 schemes.

The militay XOP-1 is overall gray with black U.S. Navy on its side and black XOP-1 and 8850 on the sides of the rudder. It has U.S. white stars with red centers on blue circles above and below the wings and red stripes with hash marks over them on top of the rotor blades. The propeller has red, yellow and plue tips and a oval manufactures decal on them.

There is one very busy exploded drawing to use for assembly purposes. I wish this had been done with individual assembly steps. This drawing is confusing.
Parts trees are not alphabetized or illustrated in the instructions. They do however have part number tabs next to the parts on them. 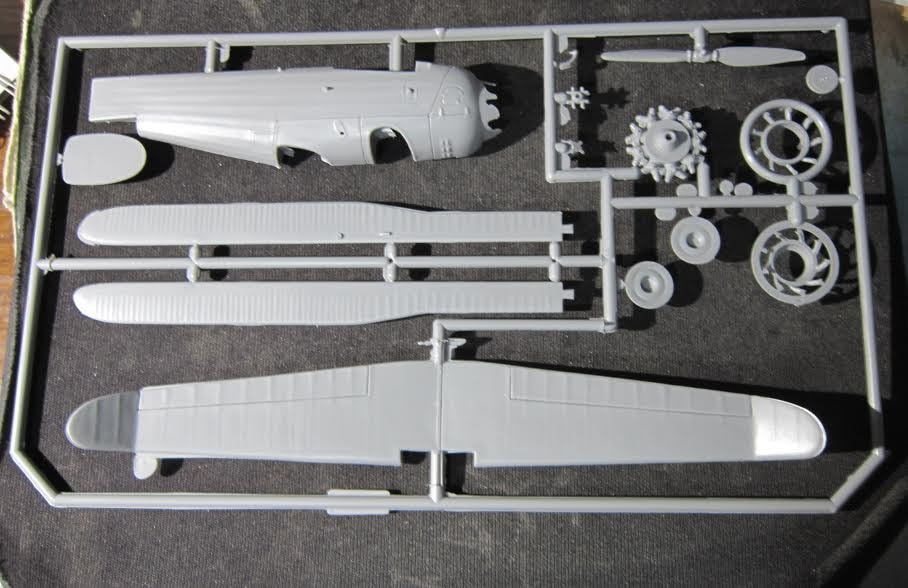 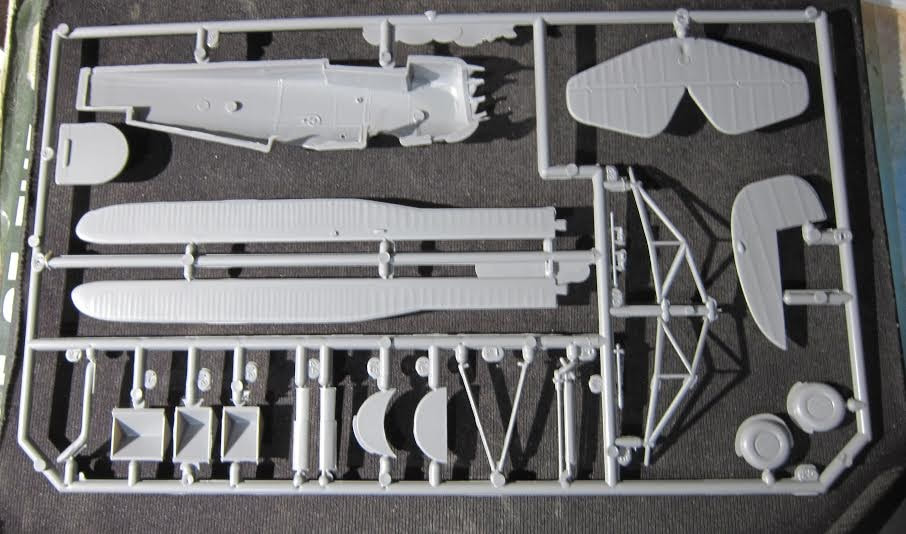 ​There is not any clear parts in the kit. You are given a pattern in the instructions to use to fabricate a windscreen out of thin clear plastic sheet. There is no pilot or passenger figure either.
​The decal sheet completes the kits contents.

​This is a neat aircraft and not something you see every day on some modeler's display shelf.
​Highly recommended.