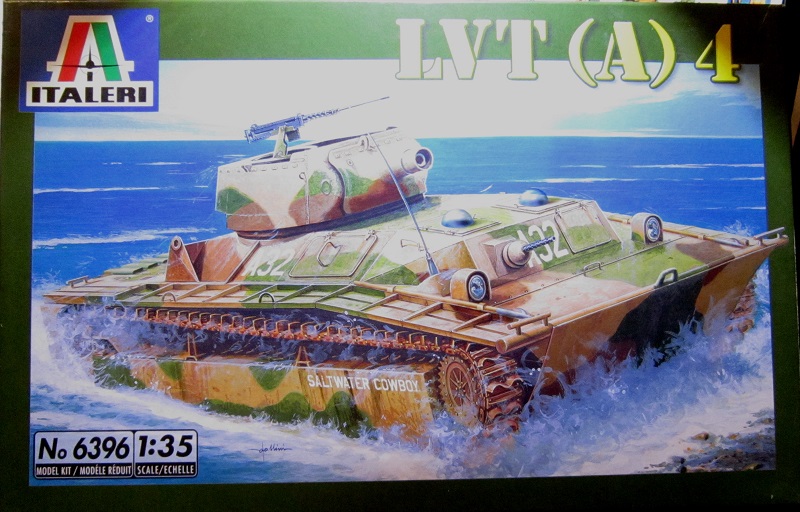 The 37mm gun of the LVT(A)-1 was inadequate for fire support version so the turret of the 75 mm Howitzer Motor Carriage M8 - armed with a 75 mm howitzer - was used to produce the LVT (A)-4. In some cases the 75 mm was replaced with the Canadian Ronson flamethrower. A single .50 cal machine gun was installed on the ring mount above the turret rear. In the late production vehicles the heavy machine gun was replaced with two M1919A4 .30 MGs on pintle mounts and one more in the bow mount. 1,890 units produced. The Chinese PLA captured several from Nationalist forces during the Civil War and placed them in service, eventually modifying some with the 37 mm M6 tank gun (?) in place of the 75 mm howitzer and others with the ZiS-2 57 mm anti-tank gun, complete with shield, the conversion necessitating the removal of the original mantlet as well.

This kit comes in a shrink wrapped tray and lid type box. The box art shows a LVT(A)4 emerging from the ocean. It is in a wave pattern of dark tan, field green and military brown. There is a white A32 on the bow and sides and the nick name SALTWATER COWBOY in white on the side sponsons.

One side panel has one-paragraph histories of the LVT(A)4 in 6 languages, each marked with color illustrations of the flags of the countries that speak those languages (including English). This is followed by a color photo of the model made up in the box art scheme.

The other side panel lists the features of the kit and that it is for modelers 10 and older. This is in 12 languages, including English. Next is Italeri’s street address and web site address. The kit was made in Italy and the copyright date of 2003 is given. This is followed by a color photo of the side and front of the model made up in the box art scheme.

Tan letter B tree holds: the outer hull walls, the roof, and rear wall, a tow cable, engine room hatches (29 parts) One part, a section of screen is shaded out as being excess.

Letter D trees are the two black vinyl tread runs. There are 2 long runs per tree. These have to be made into a loop by heat welding the ends of them. Not a task I ever look forward to. Let alone doing it 4 times for this model. These are not the newer glueable type vinyl.


The instructions consist of a single sheet that accordion folds out into 10 pages in 7 ¾” x 13” page format.

Page 2 has the parts trees illustrations above a listing of Model Master brand paints suggested to use to finish the model. The Model Master product numbers are given for these colors as well as the FS (Frederal Standard) number equivalents. 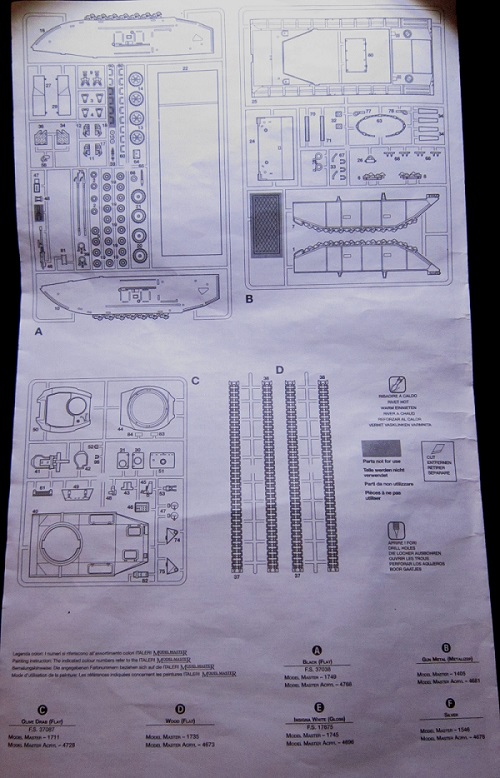 Page 3 to the top of page 7 give a grand total of 9 assembly steps.

The bottom of page 7 has a 4-view illustration for painting and marking the kit in the box art scheme. This is a vehicle with the U.S. Marine Corps., Iwo Jima 1945. No division is mentioned. In addition to the scheme already mentioned above it has some white stencil marking on the sides.

1.     A U.S. Marines vehicle , 3rd Armored Amphibious Battalion, Peleliu, 1944. It is in overall olive drab with a white D-12 on the bow, the sides and the back of the turret. Also 3 white stencil markings.

2.     A U.S. Marines vehicle with the same unit mentioned above. It is overall olive drab too with a black B-6 on the bow and turret sides. The B-6 is repeated on the back of the turret in white. It has the 3 stencil markings in white too.

3.     A U.S. Marines vehcle, Iwo Jima, 1945. No unit mentioned. It is in the same color pattern as the box art subject, waves of tan, field green and military brown. It has a white A23 on the bow and sides of the hull and the rear of the hull. It has the 3 white stencil markings on it’s side also.

4.     A U.S. Army vehicle, 7th Infantry Division, Okinawa, 1945. It is in the tan, green and brown wave pattern with the nickname DUMBO in black on the bow. The 3 stencils on the side in white here too.

5.     A U.S. Marines vehicle, 2nd Armored Amphibious Battalion, Iwo Jima, 1945. This one also is in the tan, green and brown wave pattern. It has a white D35 on the bow, the sides and rear of the hull. Along with those 3 white stencil markings on the side.

The bottom of the page has the decal application instructions in 9 languages, including English.

Page 10 has IMPORTANT INFORMATION CONCERNING THIS KIT in 20 languages, including English, followed by a mail in coupon to use for any service needed with the kit.

These are the trees from the kit including the decals. 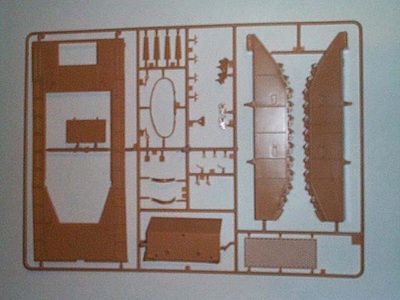 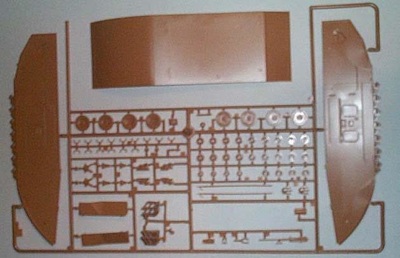 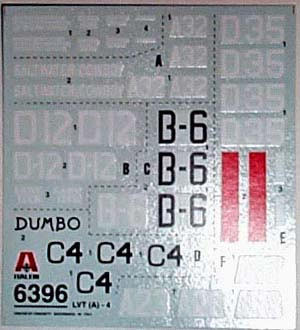 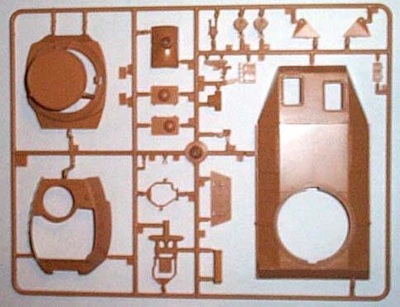 This is the assembled kit and all I need to do is add the tracks and begin the painting and finishing. 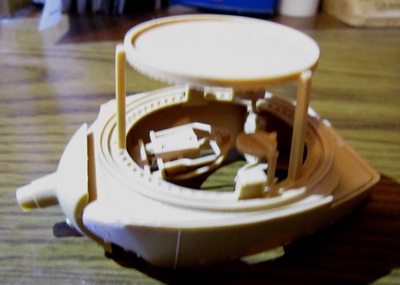 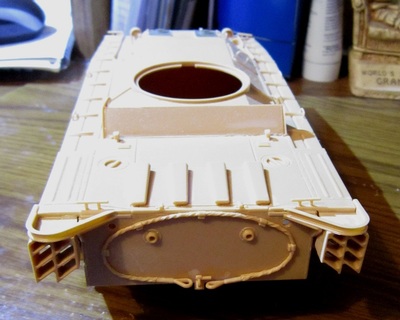 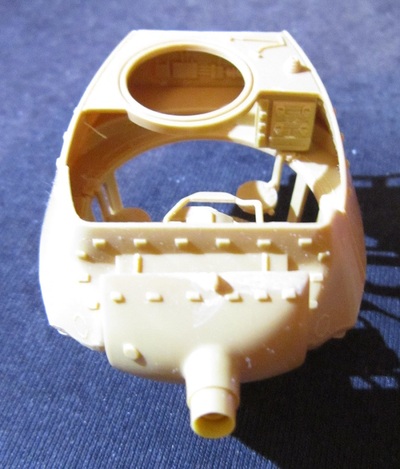 I have this kit just about completed. It is a welcome change from all the Tiger and Panther variants flooding the model market these days.

Italeri is constantly re-issuing their kits. So, this one may appear again.