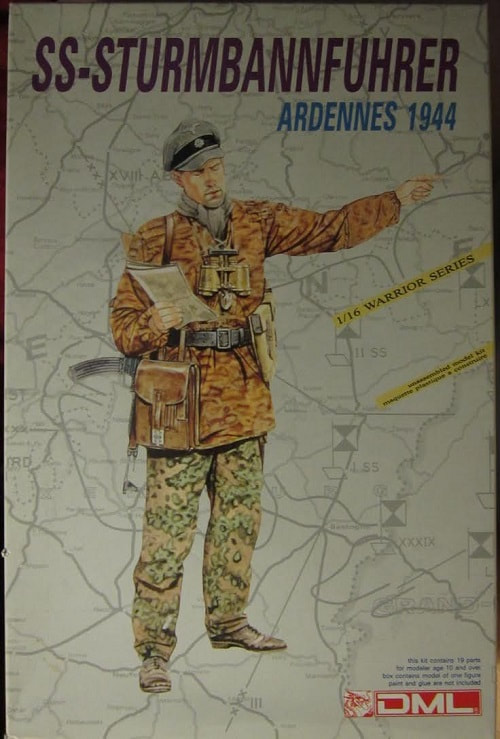 Sturmbannführer was a Nazi Party paramilitary rank equivalent to major that was used in several Nazi organizations, such as the SA, SS, and the NSFK. Translated as "assault (or storm) unit leader" (Sturmbann being the SA and early SS equivalent to a battalion), the rank originated from German shock troop units of the First World War.

The rank rated below Standartenführer until 1932, when Sturmbannführer became subordinate to the new rank of Obersturmbannführer. In the Waffen-SS, Sturmbannführer was considered equivalent to a major in the German Wehrmacht.

The rank was held by Wernher von Braun, who developed the V-2 rocket, and later designed the Saturn V rocket for the U.S. space program. Also, Eberhard Heder, Otto Günsche and war criminals, such as Otto Förschner.
​THE KIT:

The box art shows a Sturmbannfuher in a camouflaged uniform, with a grey officer's hat. He has low shoes. There is a brown ammo case for a MP44 that he is armed with and a pistol holster on his belt, a pair of binoculars and a grey scarf around his neck. He holds a field map in his right hand and is pointing with his left arm. He is posed against a map behind him.

The box art says the kit holds 19 parts and is for modelers over 10 years of age. It contains a model of one figure and paint and cement are not included.

​The other side panel has 2 color photos of the kits figure made up, showing the front and rear of him. This is over Marco Polo Import INC's street address in City of Industry, CA and their FAX number and MADE IN HONG KONG.

Marco Polo was importer and distributor for DML in the past.

This kit contains a large and a small light-grey parts tree, a black base cube in 3 sealed cello bags and the instructions. 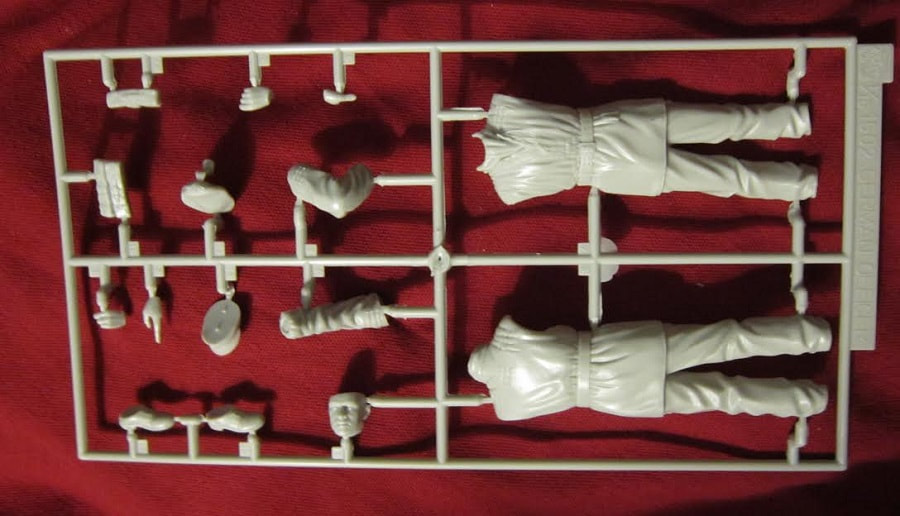 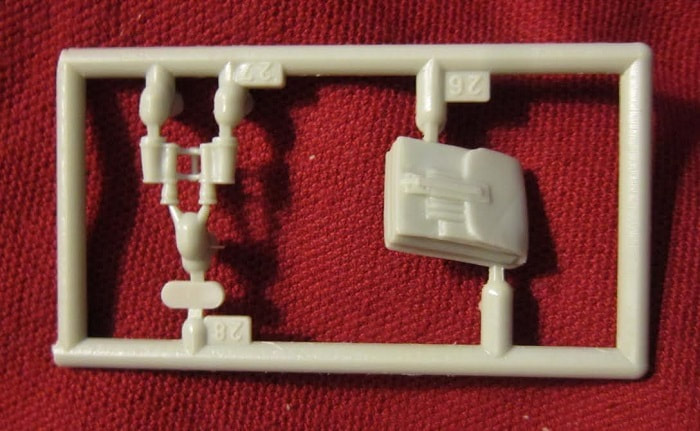 ​The black base cube completes the kits contents. 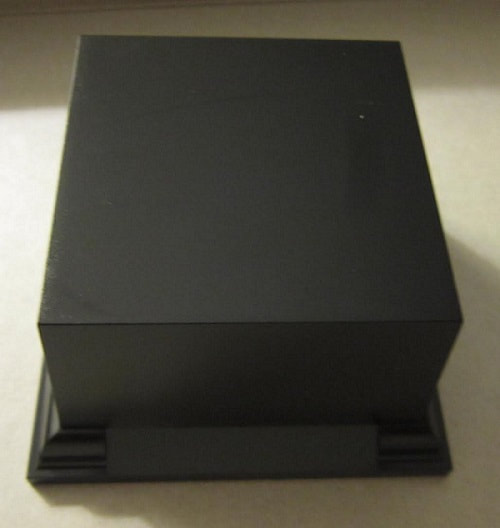 ​The instructions consist of a slick-coated sheet printed on one side in color. It is 8" x 11" format. It shows the figure on the base in color. There is a field map to cut out with scissors and pose in his right hand and a line drawing of his front and rear. 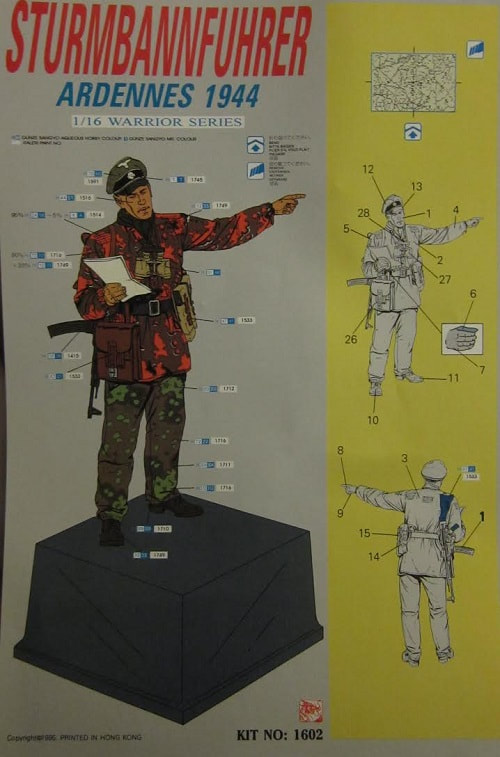 ​The box is blousy with a letter L void around the parts. The instructions do fit the box, but if they were folded they would only take up the same area as the parts.
​This is a nicely detailed figure, but I dread trying to pull off that cammo scheme on his clothing.

His jacket and pants are 2 different patterns...sigh.

​I bought my kit back in the 90's at my local hobby shop.