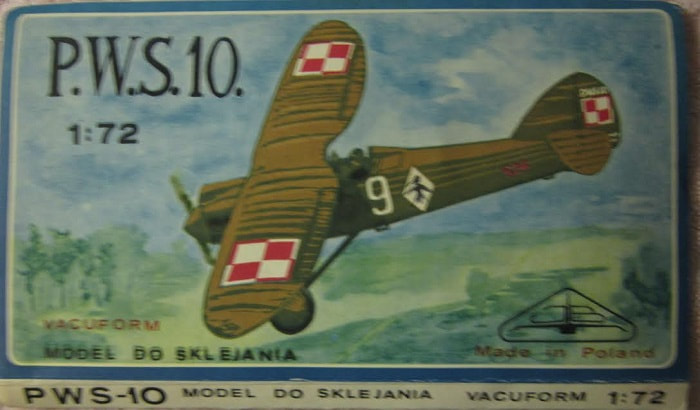 Janusz Brozek runs Broplan that was based in Gdansk, Poland at one time. I don't think they exist anymore. At least, I cannot find them anywhere on the net as having a web site. However, there are Broplan models shown for sale on E-bay, but not this particular kit. I got this kit years ago in trade with a modeler in Krakow, Poland.
​HISTORY:

The PWS-10 was a Polish fighter aircraft, constructed in the PWS (Podlaska Wytwórnia Samolotów - Podlasie Aircraft Factory). It was the first Polish-designed fighter to enter serial production.

First work on a domestic fighter to replace ill-fated French SPAD 61s in the Polish Air Force was initiated by PWS in 1927. Main designers were Aleksander Grzędzielski and Augustyn Zdaniewski. In 1929 the first prototype was built and it first flew in March 1930.

At the same time, the more modern fighter PZL P.1 was developed by the PZL. Despite the P.1 being a more capable fighter, the War Ministry decided that it needed further work, and a series of 80 PWS-10 was ordered as a temporary measure.

In comparison with the advanced P.1, the PWS-10 was a more classic design, a high-wing parasol monoplane of mixed construction.

A variant of PWS-10 was a biplane PWS-15, being basically PWS-10 with another pair of wings. A single prototype was made in order to compare with a monoplane, on factory's own initiative. It first flew in spring of 1931. It offered better manoeuvrability and climb ratio with slightly lower maximum speed. PWS-15 was not produced and was soon broken up.

This is a vacuformed kit that comes in a clear cello bag held shut with a stapled on header card.

The bag holds a single white sheet of vacuformed parts.

There is no clear parts. You have to fabricate a windscreen using a pattern on the instrucfions to make one out of thin clear plastic sheet that you may have. I have found that the clear plastic used in blister packs of things is a good source of clear plasticf sheet. Bad move Broplan.

The instructions are on a cardboard sleeve folded to fit inside the cello bag.

The face side of this sleeve begins with a illustration of the PWS-10 flying above the countryside in overall red with Polish checkerboard insignia above the wings and on the tail below white PWS-
10.
There is a white 9 on the fuselage sides with a white diamond with a black bird on it behind the 9. The Polish checkerboards and white P-9 are below the wings.

A PWS-10 in the same colors as the scheme just described, with a white 11 on the fuselage sides ahead of a white octagon with 3 birds in flight on it. There is a white 51-T below the wings with the Polish checkerboards. 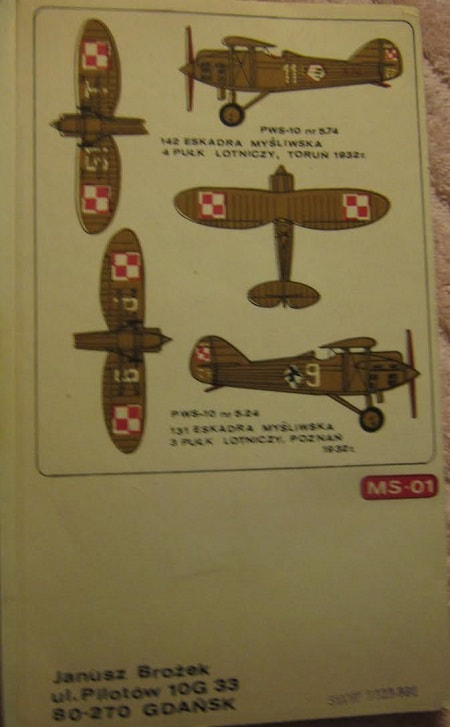 ​
The pattern to fabricate a windshield is here. 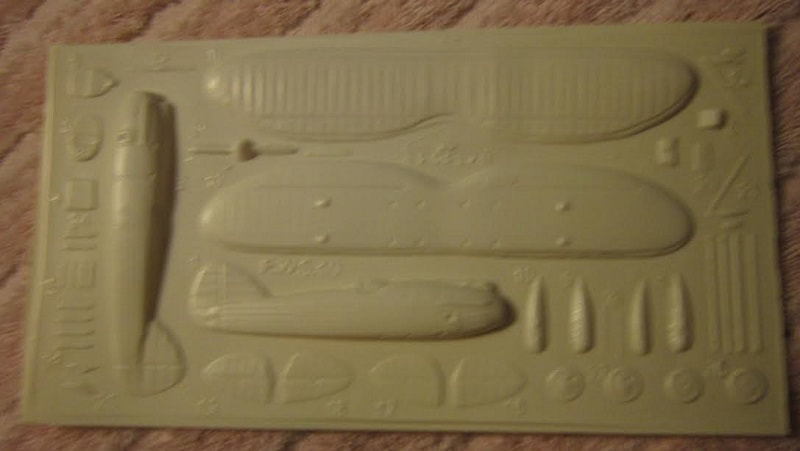 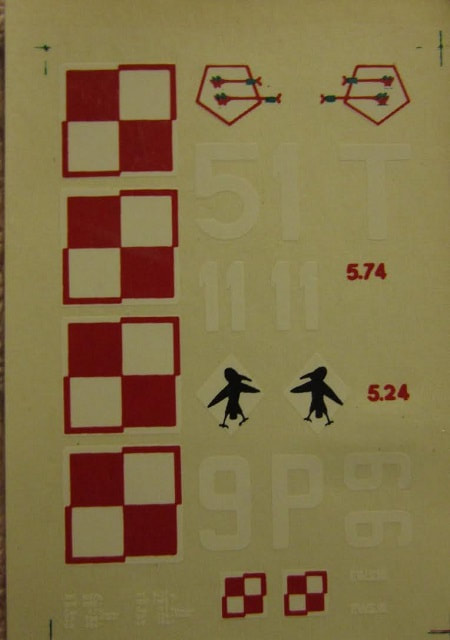 I got this kit unsolicited from a modeler in Krakow, Poland that I was trading kits with. I do not like vacuform kits. They are just too much work and never turn out looking good after cutting things out, puttying problems (always) etc.

I told the guy in Krakow this and said I would return the kit, but not send him anything in trade for the kit. He told me to just keep it.

I am more than willing to sell this kit for a decent offer + postage.

​I cannot recommend this kit due to my prejudices towards vacuformed models.