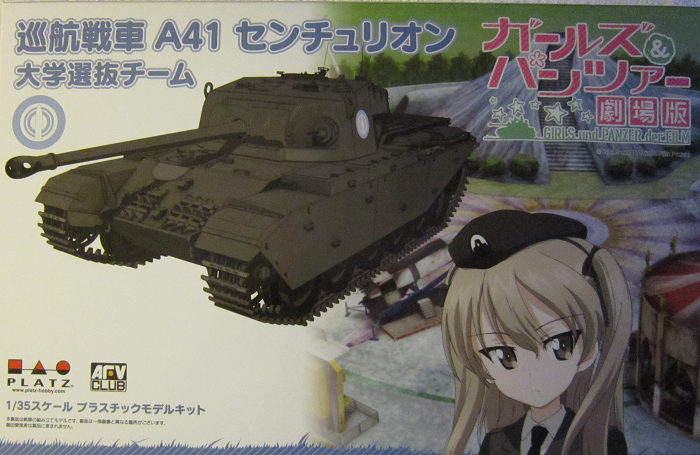 The Centurion was the primary British main battle tank of the post-Second World War period. Introduced in 1945, it is widely considered to be one of the most successful post-war tank designs, remaining in production into the 1960's, and seeing combat in the front lines into the 1980's.

The chassis was also adapted for several other roles, and these have remained in service to this day.

Development of the Centurion began in 1943 with manufacture beginning in January 1945. Six prototypes arrived in Belgium less than a month after the war in Europe ended in May 1945.

It first entered combat with the British Army in the Korean War in 1950, in support of the UN forces.

The Centurion later served in the Indo-Pakistani War of 1965, where it fought against US-supplied M47 and M48 Patton tanks and it served with the Royal Australian Armored Corps in Vietnam.

Centurions modified as armored personnel carriers were used in Gaza, the West Bank and on the Lebanese border.

The Royal Jordanian Land Force used Centurions, first in 1970 to fend off a Syrian incursion within its borders during the Black September events and later in the Golan Heights in 1973.

South Africa deployed its Centurions in Angola during the South African Border War.

It became one of the most widely used tank designs, equipping armies around the world, with some still in service until the 1990's.

The South African National Defense Force still employs over 200 Centurions, which were modernized in the 1980's and 2000's as the Olifant (elephant).
Between 1946 and 1962, 4,423 Centurions were produced, consisting of 13 basic marks and numerous variants. In British Army use it was replaced by the Chieftain.
​The A41 represented in this kit is the prototypical Centurion.
​THE KIT:

This kit comes in an un-shrink-wrapped tray and lid type box, held shout with 2 strips of Scotch tape. 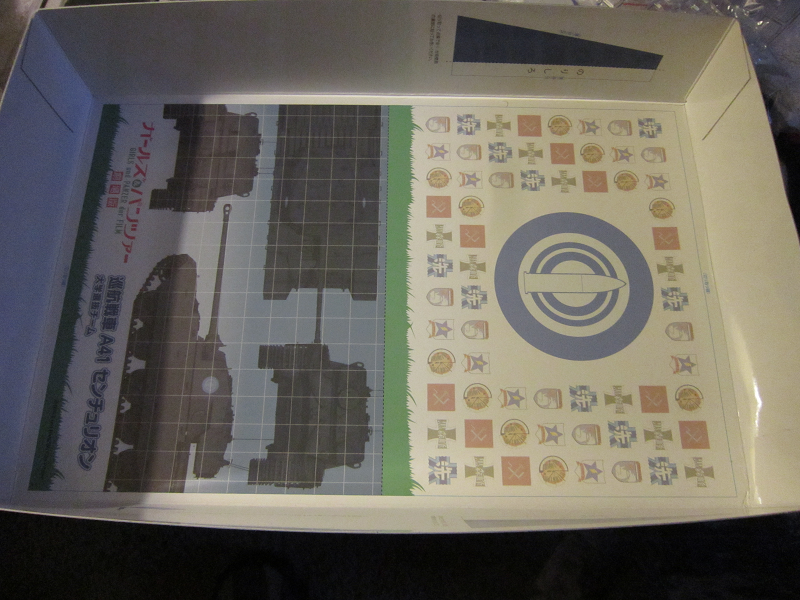 ​The box art shows a Centurion posed against a background that shows a hill with a staircase going up it and surrounded by bushes. It looks to be running over a rocket launcher.

One corner of the box has a large anime girl figure with blond hair in uniform, standing next to a merry-go-round.

The Centurion is overall dark green, with a insignia of  a blue circle on the turret.
Another corner of the box art has Platz's logo and AFV Club's logo.

This is because the kit is based on a AFV Club Centurion with new tooling. The model makes up to be 260 mm long (10").

A single Centurion Mk 1 appeared in the movie in the lineup of All-Stars University Team's tanks with team Captain Alice Shimada as the commander.
One side panel has 3 color walk-around type photos of the model made up in the box art scheme, with a lot of Japanese text and Platz's web address.

​The other side panel is mostly in Japanese, with a color illustration in the middle of about 50 anime girls and Platz's telephone and FAX number, their street address in Shizuoka City. Japan, MADE IN JAPAN, a repeat of their web address and "Some parts may be too sharp. More caution and care are needed for families with infants. When using adhesives and paints, do not use near fire to avoid flammability".

The kit contains 11 dark-green trees, 2 clear trees, brass springs, black vinyl washers, tires and rubber band type treads, a steel rod (for the main gun barrel), the decal sheet and the instructions. In no less than 18 clear sealed cello bags (a couple are the zip-lock type).

The instructions consists of a staple-bound booklet of 12 pages in 8 1/4" x 11 3/4" page format, printed on slick coated paper.

The instructions are 99% in Japanese.

Page 1 is a comic-book page, showing 4 anime girls around a Centurion. One is holding a heavily bandaged teddy bear. What they are saying is all in Japanese. 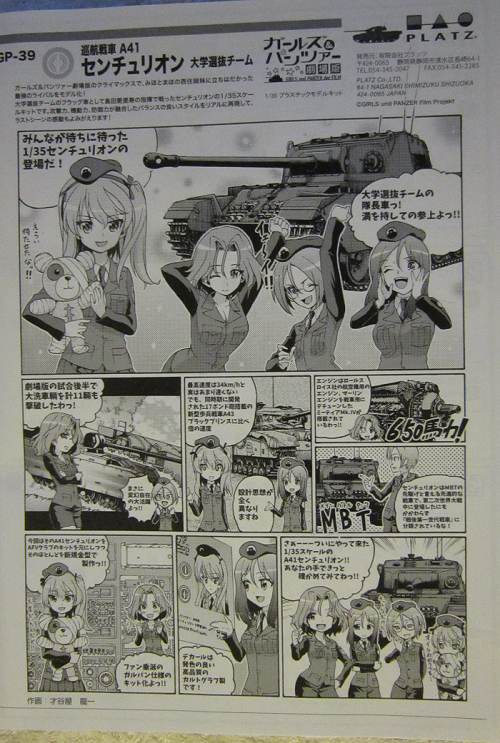 page 3 through 11 gives a balance of a total of 21 assembly steps.

Spread across the bottoms of pages 10 and 11 is the parts trees illustrations.

Page 12 has a color and marking guide, showing a 4-view of the box art scheme, over Japanese text, copyright of the kit as 2018, printed in Japan, a repeat of Platz's telephone and FAX numbers and their web address.
​Dark-green letter A tree is the hull tub (1 part) 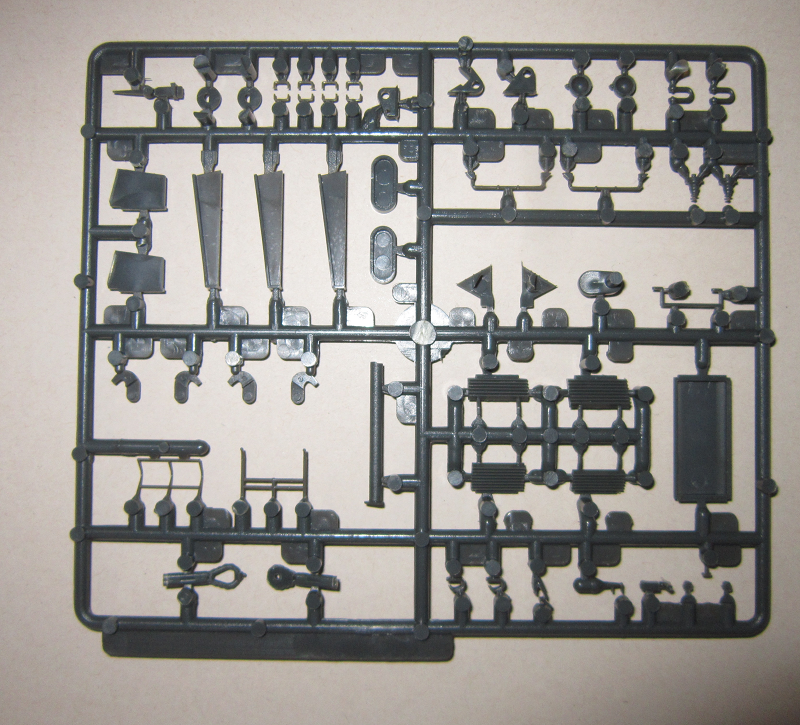 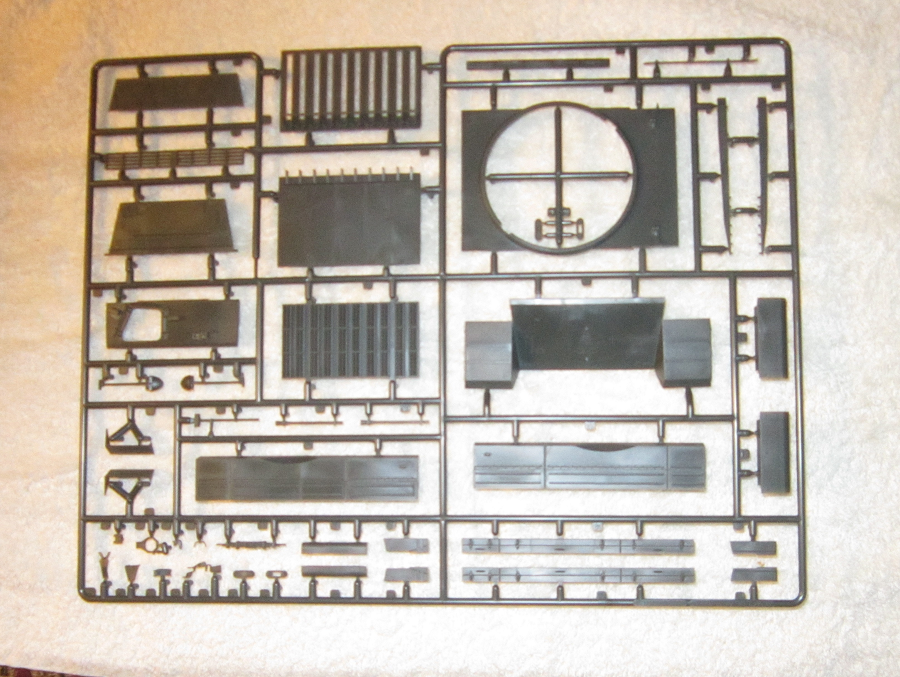 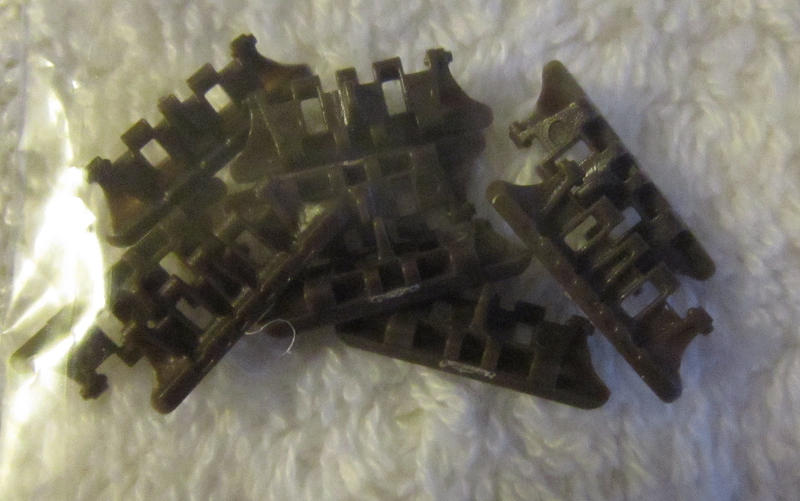 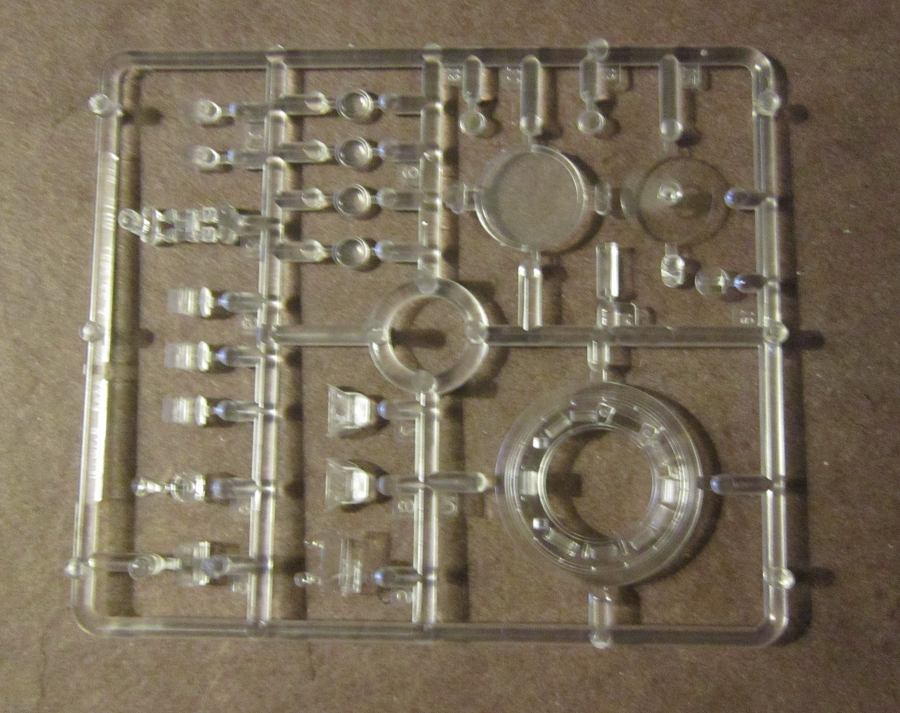 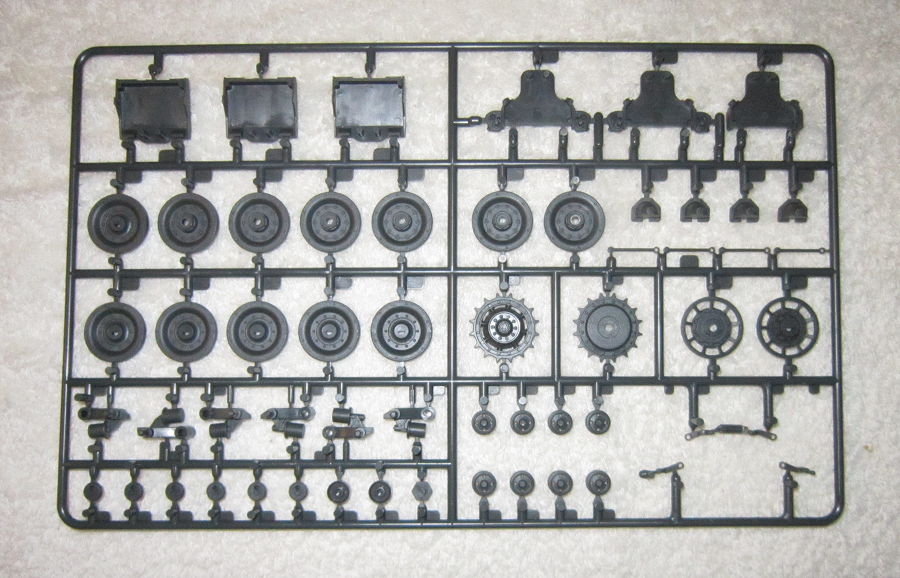 ​Dark-green letter H tree holds fenders etc. (27 parts) This tree is not illustrated in the parts trees illustrations in the instruction booklet. 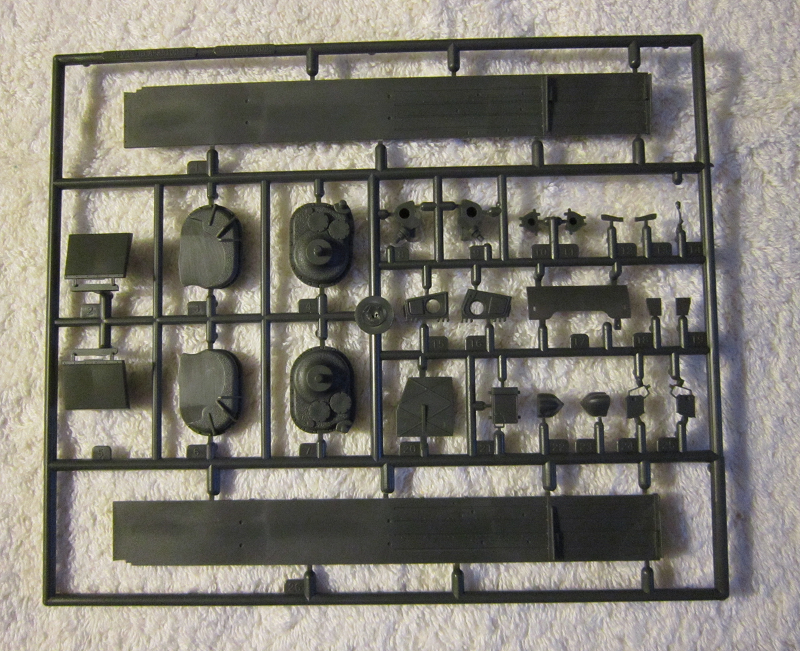 ​JA is braided string that you have to provide to make tow cables. It is not included in this kit.
​Dark-green letter K tree is the side skirts (2 parts)
There is no letter L, M or N trees. 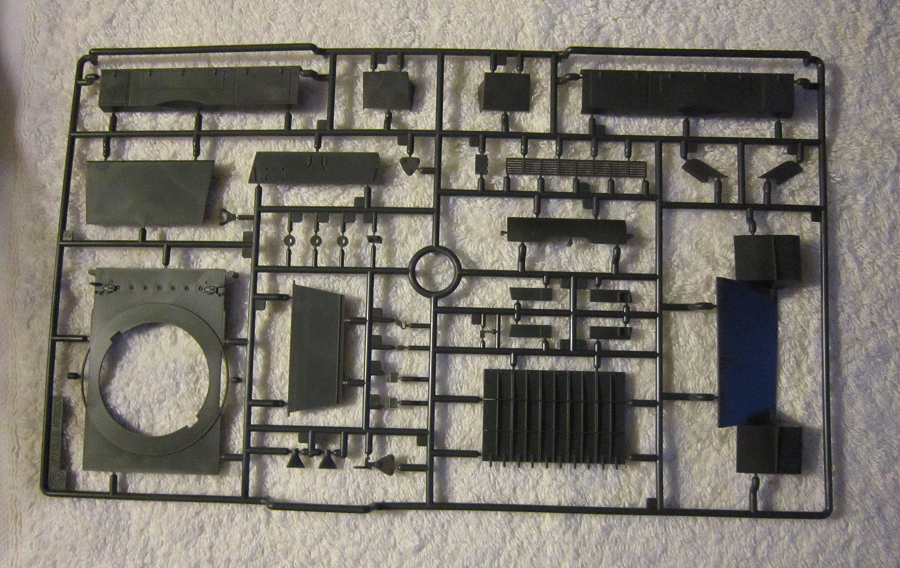 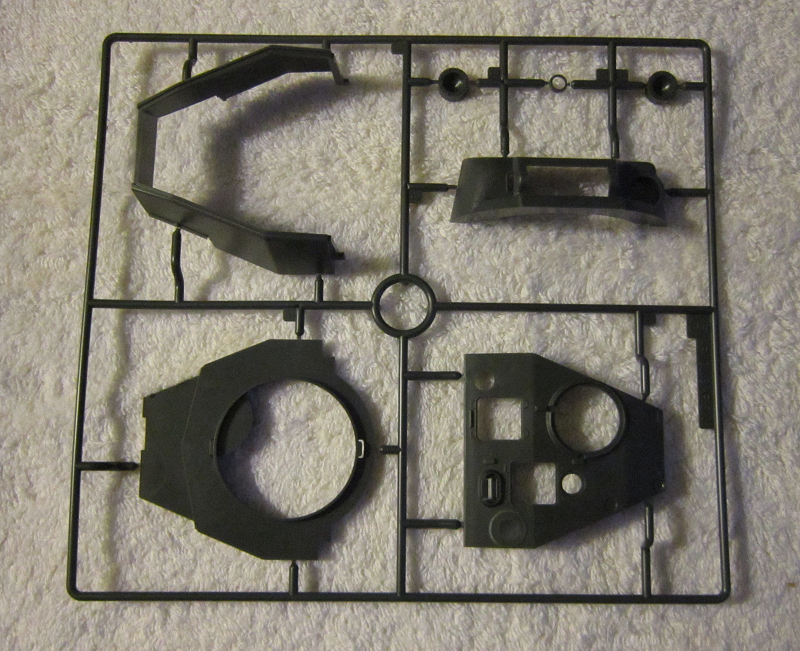 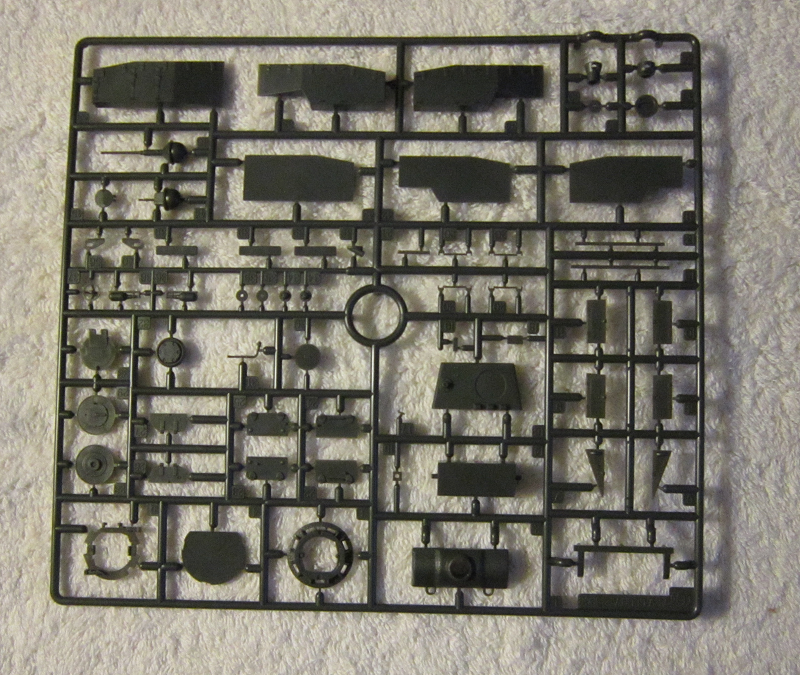 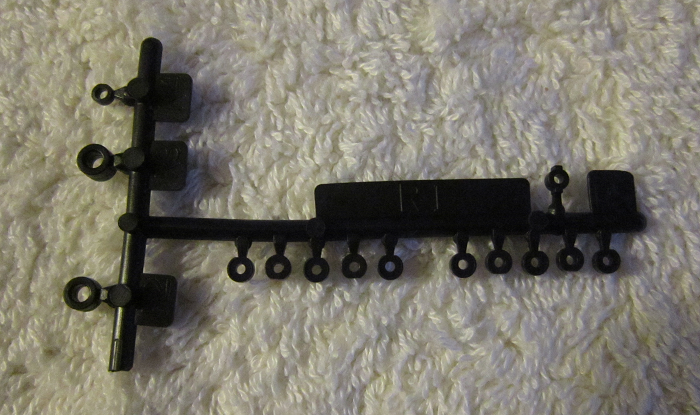 There are vinyl tires included for the road wheels. 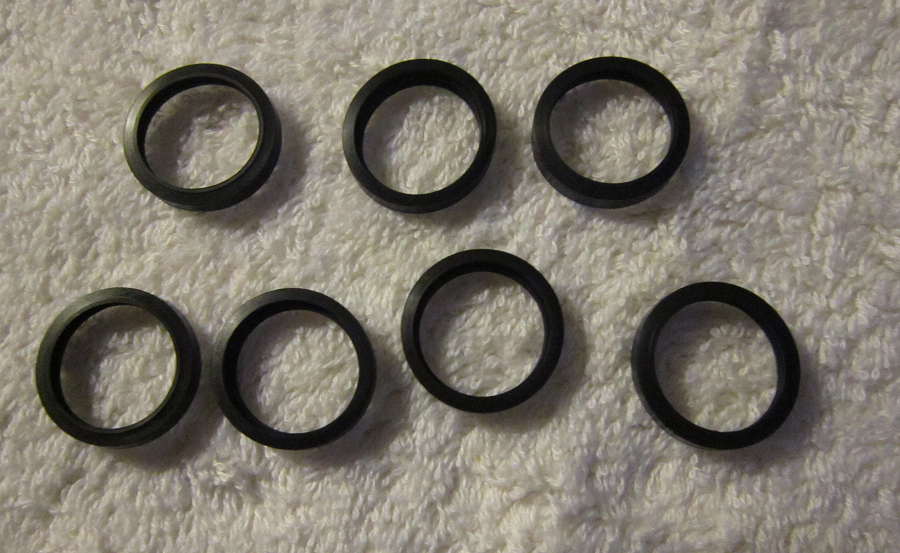 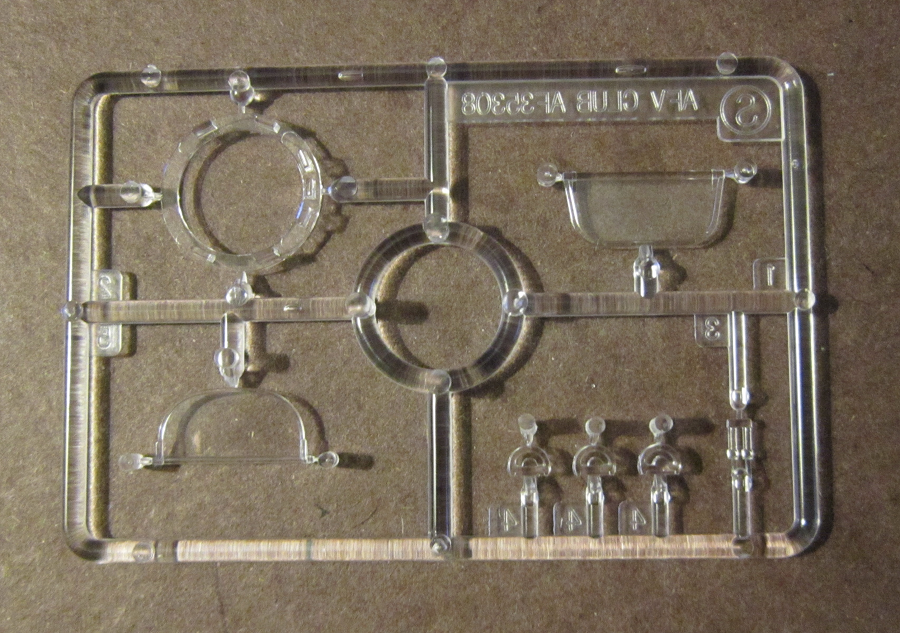 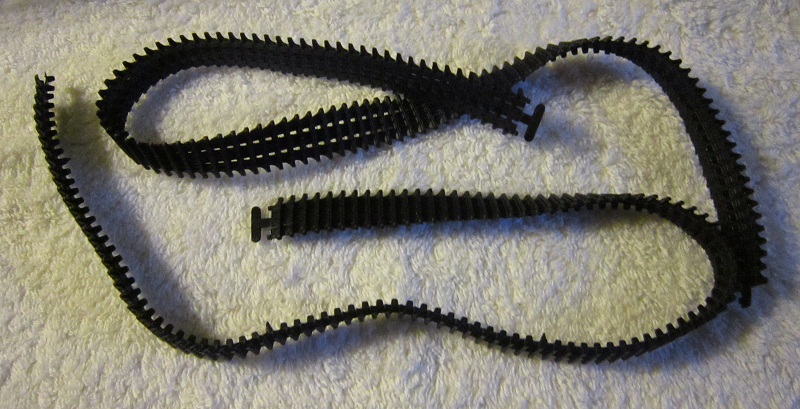 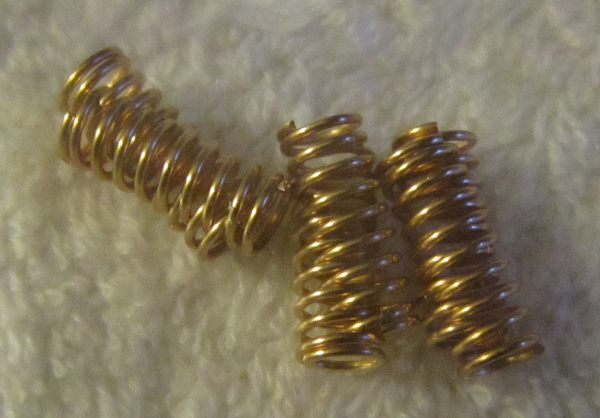 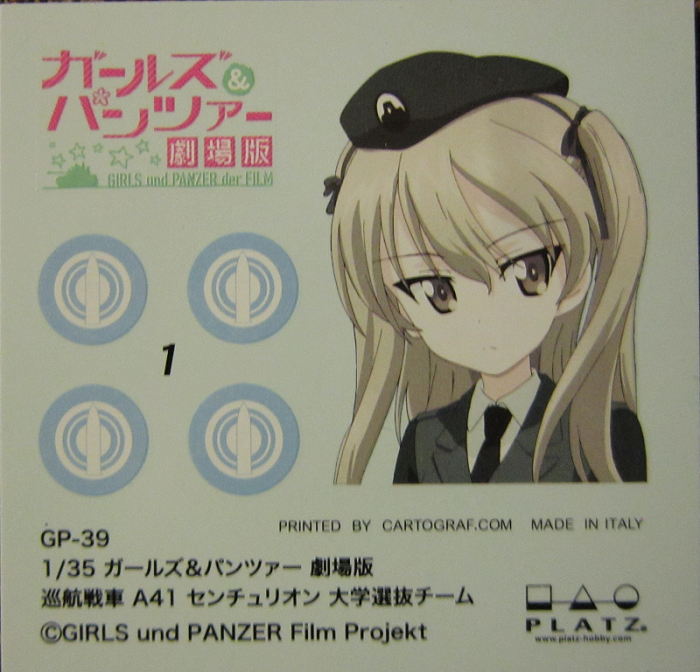 ​There are no crew figures included. Detail is tremendous!!

I am going to put British markings on this tank. I borrowed extra ones off the decal sheet in the Tamiya brand Matilda.

I want to thank the folks at Platz who sent me this review sample.