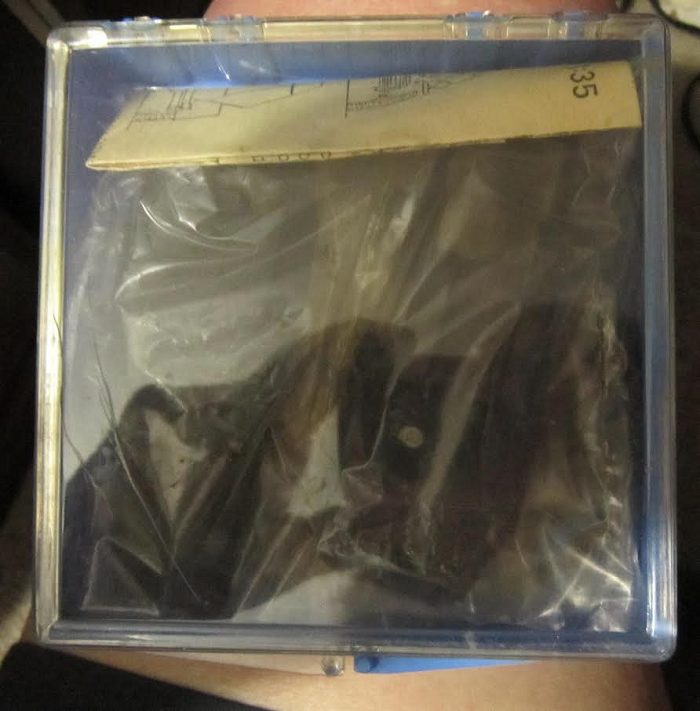 No Kit no.
By Ray Mehlberger

The BA-64 (БА-64, from Bronirovaniy Avtomobil, literally "armoured car") was a Soviet four-wheeled armoured scout car. Built on the chassis of a GAZ-64 or GAZ-67 jeep, it incorporated a hull loosely modeled after that of the SdKfz 221.

The BA-64 was developed between July and November 1941 to replace the BA-20 then in service with armoured car units of the Red Army. Cheap and exceptionally reliable, it would later become the most common Soviet wheeled armoured fighting vehicle to enter service during World War II, with over 9,000 being manufactured before production ended.

The BA-64 represented an important watershed in Soviet armoured car technology, as its multi-faceted hull gave its crew superior protection from small arms fire and shell fragments than the BA-20.

BA-64s also possessed a much higher power-to-weight ratio and the placement of their wheels at the extreme corners of the chassis resulted in exceptional manoeuvrability.

Following the adoption of the BTR-40, the Soviet government retired its remaining fleet of BA-64s and exported them as military aid to various nations.[3] In East German service, they served as the basis for the later Garant 30k SK-1.

This model was sent to me from a modeler that I traded kits with who lived in Crakow, Poland. He sent just the parts and the instructions stuffed into another kit box he sent.

The kit came to me as just a long sheet of clear plastic sheet that had been made into 7 capsulized compartments holding dark green resin parts with the instructions. 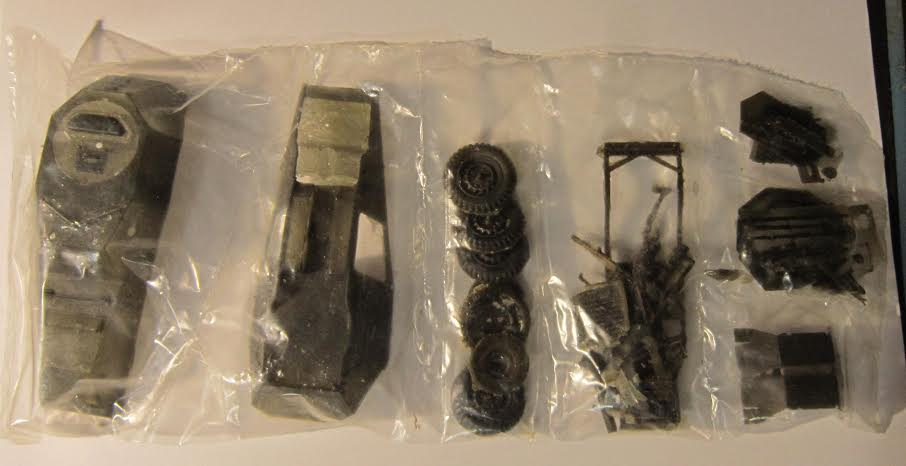 ​I don't want to open these compartments so I took a picture of the whole sheet of them. Readers can see what's there that way...sorry.

It begins with a 4-view of the BA-64 with a number 117 on the sides and a polish eagle. I don't know the colors of these markings. Below this 4-view is the specifications of the car in Polish and 4 exploded drawings for assembly purposes.

There are no interior details, no decal sheet, no clear parts or crew figures. For a old limited-run resin kit it isn't too bad.
​I have put this kit into a snap-shut plastic box that I got from work before I retired.