One of the many American aircraft operated by the R.A.F. during the Second World War, the "Douglas Boston" served throughout the entire war and was used on every front. It was a "Pilot's airplane" and enjoyed as much success in Russia and the Pacific as in Europe and North Africa.
First designed as the Model 7A, later becoming the Model 7b, it flew late in 1938 when its performance attracted the attention of the French who were then re-arming. France ordered 100 as the DB-7, the first flying in August 1939, and the complete order was in the hands of the French by the end of the same year - probably a record in aircraft production. Few of the DB-7's were in fact used operationally before the collapse in 1940, but in the meantime an improved Model of the DB-7A had been ordered, only 75 out of 951 of which were delivered.

The undelivered aircraft, together with a small Belgian order, were take over by the R.A.F. and given the name "Boston". After modification to British standard the first DB-7's were adapted as night fighters and intruders and re-designated "Havoc I's". These went into action in December 1940. Later development included a "solid" nose with four additional machine guns and radar, and the Turbinlite Havoc which carried a searchlight in the nose. The success of the fighter bombers led to further orders for DB-7's from the U.S. Army and from the R.A.F. as the DB-7B, the Boston III.

The Boston III was used by the R.A.F. in its original role, as a light day bomber and entered service in 1941 replacing the Blenheims of No. 2 Group. The first squadron to employ the Boston in the U.K. was No. 88 Squadron R.A.F., one of whose machines is represented by this kit. Three other squadrons in Britain operated the Boston III and it equipped five squadrons in North Africa.

Large scale Boston production began in 1941 by Douglas and also by Boeing, and deliveries started to the Soviet Union and the U.S.A.A.F. in Europe. Further development continued and included the A-30C with provision for torpedo carrying and the A-20G and subsequent models which were equipped with a power operated turret in the mid upper position, the A-20 was now incidentally once again called the Havoc, this name having been adopted by the U.S.A.A.F. When production terminated in September 1944, 7,385 DB-7's had been produced, 3,125 of which had gone to the Soviet Union, 28 to the Netherlands, and 31 to Brazil besides those for the R.A.F. and the U.S.A.A.F.

The box art shows 2 Boston's flying though flak on a bombing raid on a factory. Both aircraft are in a wave pattern of dark green and earth over light gray undercarriages.

The Boston in the foreground has its rudder shot away and what looks like a shell hole in its wing. The Boston behind it has its post engine on fire.

The Boston in the foreground has a white letter U on the nose and the rest of the fuselage code is white RH (roundel).

One side panel shows a color box art for a Blackburn NA39 Buckaneer, but no kit no. for it. I assume it is to 1/72nd scale. Kit was made and litho in the U.S.A.

The other side panel has a list of other kits that Airfix makes: 39 different aircraft, 2 ships and 6 tanks.
​WHAT'S IN THE BOX:

The instructions consist of a single sheet folded in the center to create 4 pages in 8" x 8" page format.

The 1st page has the history of the Boston.

Pages 2 through 4 give 4 assembly steps.

Step 4 is the painting and marking scheme (the box art one, already described above). It is a 4-view. It shows a further small serial no. AL593 under the elevators, that was not visible on the box art.

No unit is mentioned for this Boston.

The bottom of page 4 gives MPC's address in Mt. Clemens, MI. They were the importer and distributor for Airfix in the 60's.

All steps are accompanied by a lot of text to walk modelers through the builds.

However, there are no parts trees illustrations in the instructions. Parts trees are not alphabetized and there are no number tabs next to the parts on the trees. This means extra careful work to get the right parts for assemblies. Bad move Airfix.

The 1st silver-grey tree holds: one of the cowlings side halves, a wing flap, main wheels and wheel well doors (11 parts) 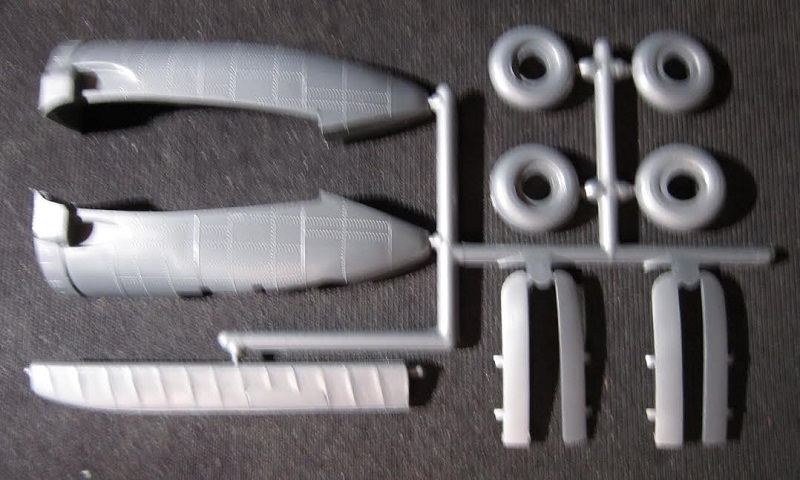 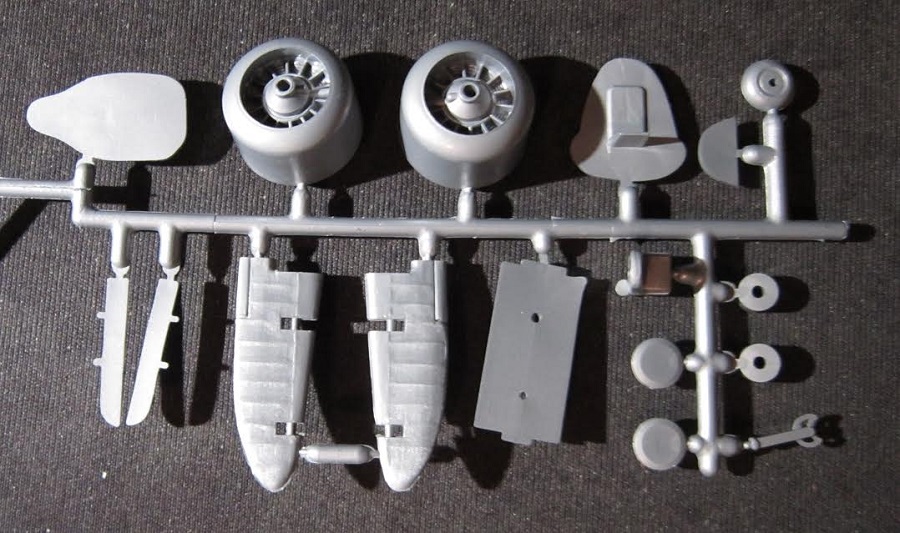 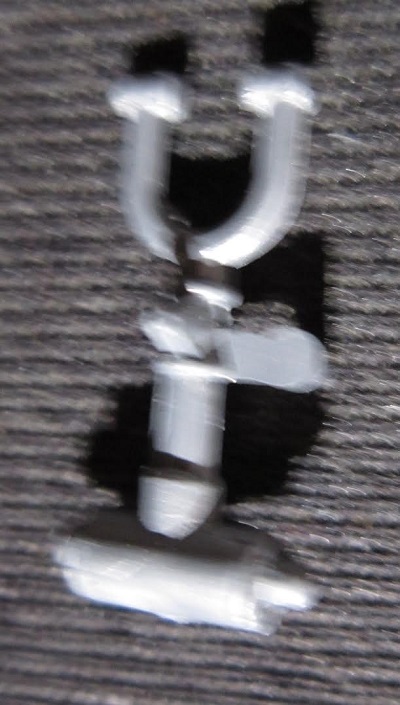 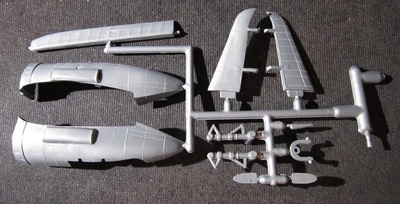 ​The individual silver-grey parts are the fuselage halves, wing halves and propellers. 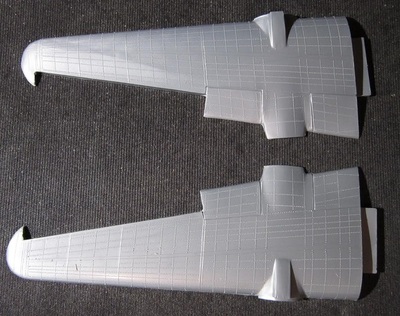 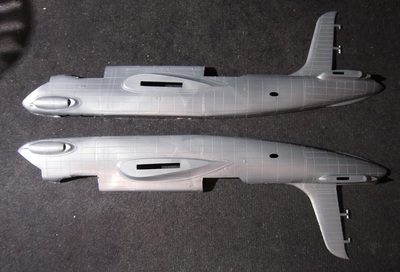 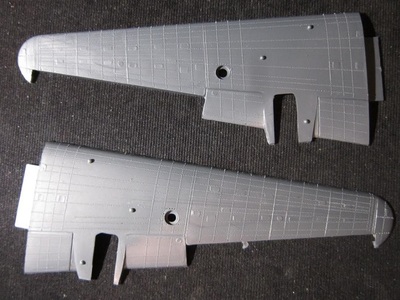 ​
The 1st clear tree is the 2 parts of the display stand. 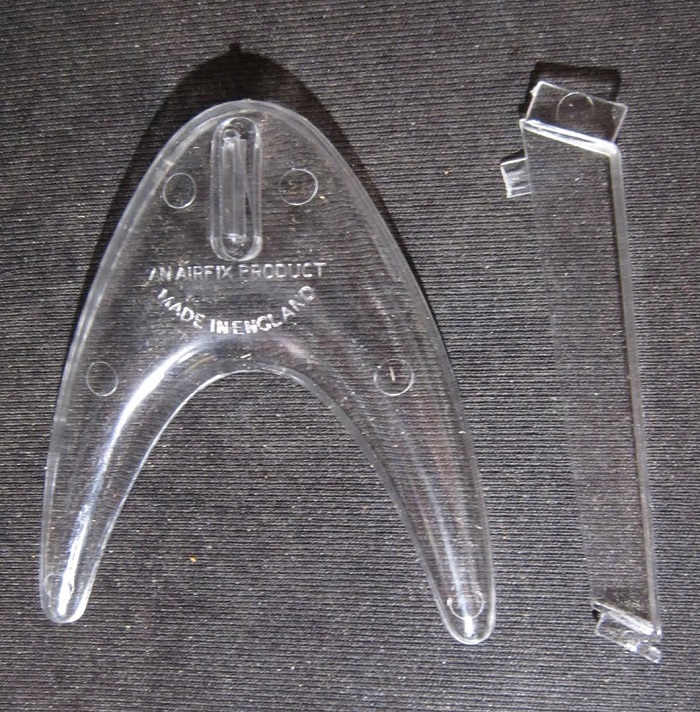 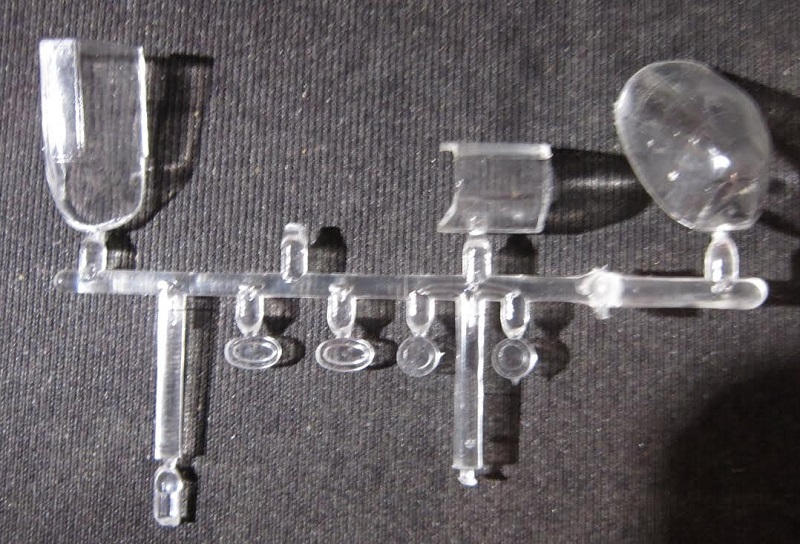 ​The panel lines are of the raised variety.

This is a nice British bomber and state of the art for almost 60 years ago.

​I purchased it at a local hobby shop back then.