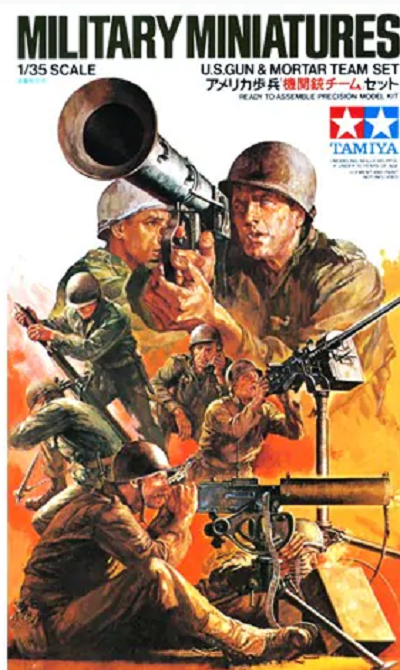 Tamiya is a old prolific model company based in Shizuoka City, Japan.

They make all manner of model subjects in the popular scales.

This kit came in a shrink-wrapped end-opening type box. I am no fan of this type of box, because invariably parts or the decal sheet will find their way past one of the end flaps to become lost forever.

The box art shows an absolute tangle of the 8 man crew.

One side panel has color illustrations of 2 steel helmets, a Thompson submachine gun, a bayonet in its scabbard, a shovel in its carrying case, a Colt 45 in its holster, a canteen in a canvas pouch and cloth and leather leggings.

​The other side panel has color illustrations of a bazooka, a 2.36 in round and 2 81 mm rounds for the bazooka, a 50 cal machine gun and 7 enlisted men's and NCO's uniform insignias.

​The bottom of the box is the color guide for the figures. It is all in Japanese text. 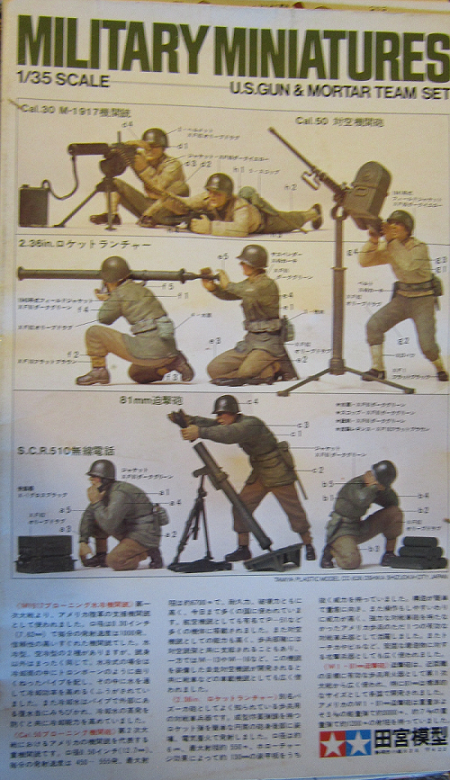 ​Inside each end flap there are 2 color illustrations of 2 of the figures.

The kit holds 2 dark-green trees in a stapled-shut clear cello bag, the instructions and a color kit catalog.

The instructions consists of a single-sheet printed on both sides in 5 1/4" x 6" format.

The instructions is all in Japanese.

The face side has assembly of the 50 cal machine gun on its tripod and ammo cases for it.

The second assembly is of the water-cooled M1917 30 cal machine gun and its tripod, water reservoir, ammo belt and ammo can.

The reverse side of the instructions has assembly for the 81 mm mortar and its tripod and ammo box and the bazooka.

Tamiya's address in Shizuoka City, Japan is provided in English.

Assembly for the figures is not provided. Bad move Tamiya!

Trees are not alphabetized or illustrated in the instructions. They do, however, have part number tabs next to the parts on the trees. Another bad move Tamiya !

One figure has been removed from this tree by me in the past. I haven't a clue what I did with it? 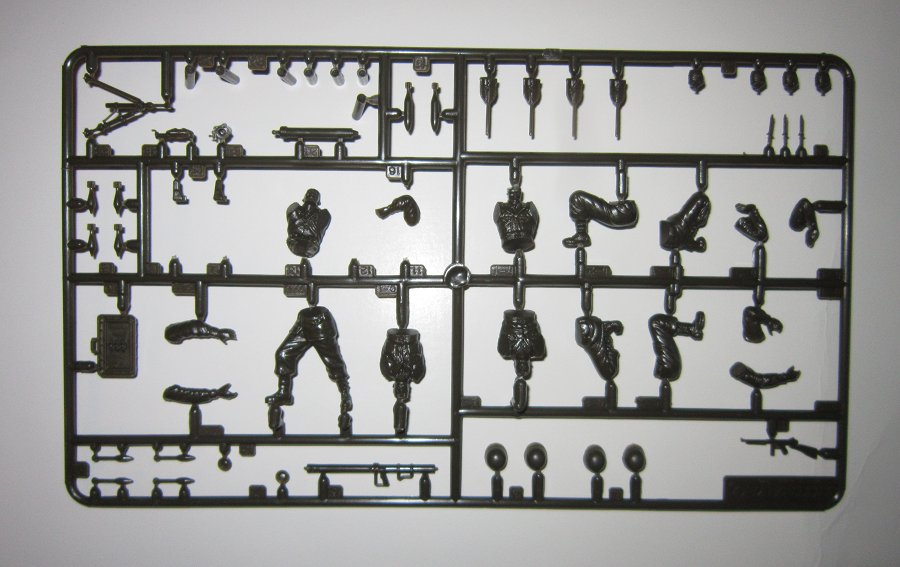 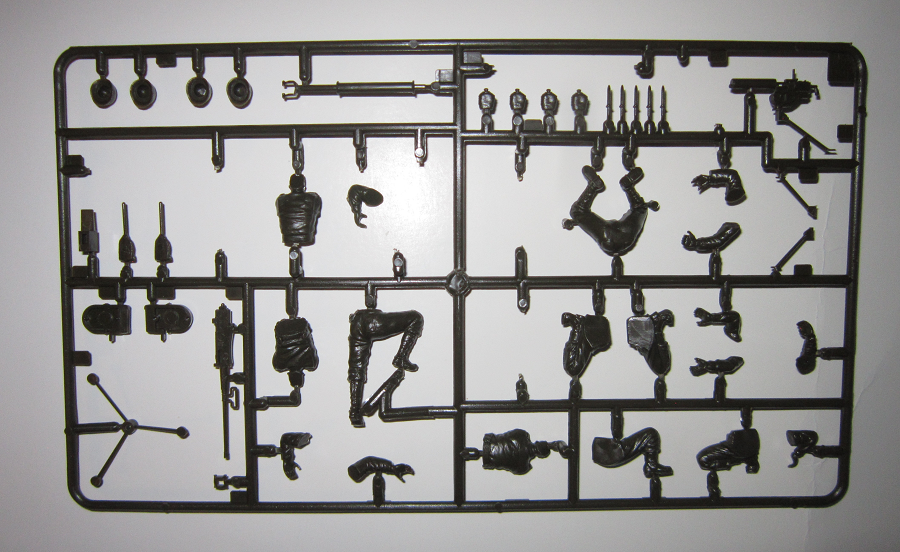 ​There are no decals included in the kit. It would have been nice to have had some uniform insignias. 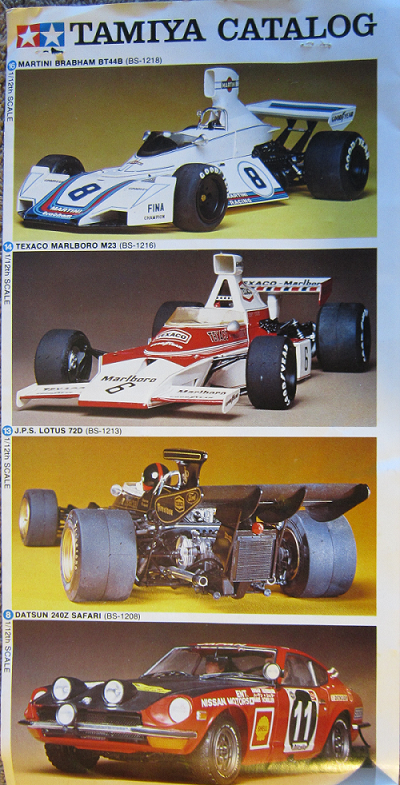