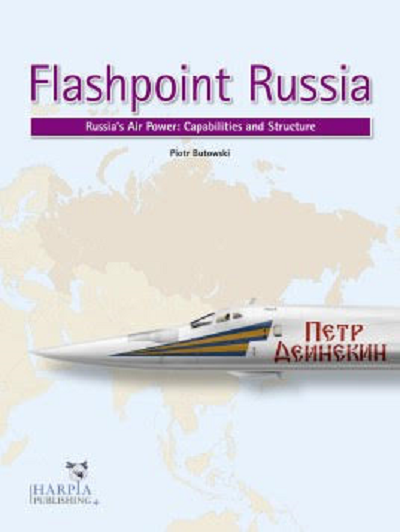 Copyright 2019
​Russian military aviation has undergone several upheavals in the post Soviet era. There have been two driving forces behind these changes.

First, the Russian experience of air power in conflicts has led to an increasing integration of the various branches of the armed forces.

Harpia Publishing is based in Wien, Austria.

This book comes in a sealed clear cello envelope.

The cover art shows a T-10 bomber with the nickname "Pyotr Deynekin" on the nose. Posed over a map of Russia.

The last page of the book has an ad for Aviation Graphic. com site and 3 other Harpia aviation books: "Modern Chinese Warplanes", "Super Tucano" and "Carrier Aviation in the 21st Century".

This is neat book that will be of interest to modelers, aviation historians and enthusiasts alike.

I want to sincerely thank Casemate Publishers, the N.American distributor of Harpia Publishing books and the folks at Harpia for this review sample.

All Harpia book titles can be viewed on Casemate's web site at:
www.casematepublishers.com