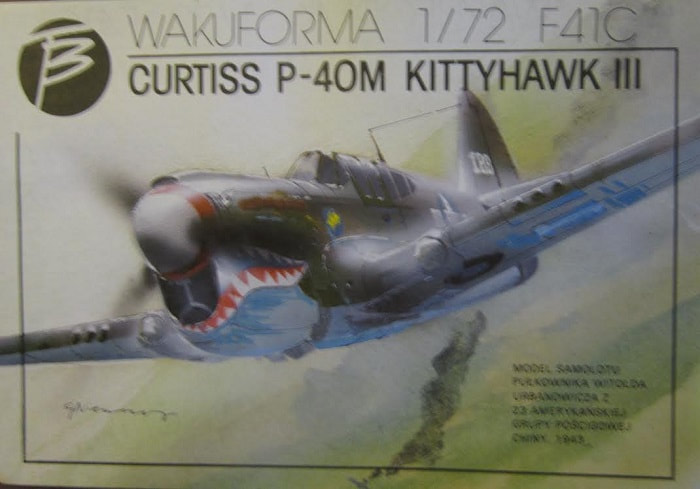 The Curtiss P-40 Warhawk is an American single-engined, single-seat, all-metal fighter and ground-attack aircraft that first flew in 1938. The P-40 design was a modification of the previous Curtiss P-36 Hawk which reduced development time and enabled a rapid entry into production and operational service.

The Warhawk was used by most Allied powers during World War II, and remained in frontline service until the end of the war. It was the third most-produced American fighter, after the P-51 and P-47; by November 1944, when production of the P-40 ceased, 13,738 had been built, all at Curtiss-Wright Corporation's main production facilities at Buffalo, New York.

P-40s first saw combat with the British Commonwealth squadrons of the Desert Air Force in the Middle East and North African campaigns, during June 1941. No. 112 Squadron Royal Air Force, was among the first to operate Tomahawks in North Africa and the unit was the first Allied military aviation unit to feature the "shark mouth" logo, copying similar markings on some Luftwaffe Messerschmitt Bf 110 twin-engine fighters.

The P-40's lack of a two-speed supercharger made it inferior to Luftwaffe fighters such as the Messerschmitt Bf 109 or the Focke-Wulf Fw 190 in high-altitude combat and it was rarely used in operations in Northwest Europe.

However, between 1941 and 1944, the P-40 played a critical role with Allied air forces in three major theaters: North Africa, the Southwest Pacific, and China.

In China it was used by the "Flying Tigers" AVG.

The shark-faced nose art of the Flying Tigers remains among the most recognizable image of any individual combat aircraft or combat unit of World War II.

The group consisted of three fighter squadrons of around 30 aircraft each. It trained in Burma before the American entry into World War II with the mission of defending China against Japanese forces.

The group of volunteers were officially members of the Chinese Air Force. The members of the group had contracts with salaries ranging from $250 a month for a mechanic to $750 for a squadron commander, roughly three times what they had been making in the U.S. forces. While it accepted some civilian volunteers for its headquarters and ground crew, the AVG recruited most of its staff from the U.S. military.

The group first saw combat on 20 December 1941, 12 days after Pearl Harbor (local time). It demonstrated innovative tactical victories when the news in the U.S. was filled with little more than stories of defeat at the hands of the Japanese forces, and achieved such notable success during the lowest period of the war for both the U.S. and the Allied Forces as to give hope to America that it might eventually defeat the Japanese.

AVG pilots earned official credit, and received combat bonuses, for destroying 296 enemy aircraft, while losing only 14 pilots in combat. The combat records of the AVG still exist and researchers have found them credible.

On 4 July 1942 the AVG was disbanded. It was replaced by the 23rd Fighter Group of the United States Army Air Forces, which was later absorbed into the U.S. Fourteenth Air Force with General Chennault as commander.
The 23rd FG went on to achieve similar combat success, while retaining the nose art on the left-over P-40s.
It also had a significant role in the Middle East, Southeast Asia, Eastern Europe, Alaska and Italy. The P-40's performance at high altitudes was not as important in those theaters, where it served as an air superiority fighter, bomber escort and fighter-bomber.

Although it gained a postwar reputation as a mediocre design, suitable only for close air support, recent research including scrutiny of the records of individual Allied squadrons indicates that this was not the case: the P-40 performed surprisingly well as an air superiority fighter, at times suffering severe losses but also taking a very heavy toll of enemy aircraft.

The P-40 offered the additional advantage of low cost, which kept it in production as a ground-attack aircraft long after it was obsolete as a fighter.

I think that TB brand was based in Poland. I don't know if the company still exists??
The kit came in a sealed cello bag holding a header card, a chalk-white vacuformed sheet of parts, a clear vacuformed canopy, the decal sheet and instructions.

The header card shows a P-40M with the "Flying Tigers AVG", 23rd Group, China 1943. It is a wave pattern of dark-earth and olive-drab over a grey undercarraige, with a shark-mouth nose and white no. 188 on the rudder sides.

The other side of the card has the history of the aircraft in Polish only.

The instructions consists of a single sheet folded in the center to create 4 pages in 6" x 8 1/2" page form.

Page 1 of the instructions has general instructions in Polish, above illustrations of cutting out the parts and sanding them.

Pages 2 & 3 have an exploded illustration across them for assembly purposes.

Page 4 has two 3-views of schemes:

1. The header card Scheme (already described above). However, the white no. 194 for the rudder and not 188 like shown on the cover card art.

2. A Soviet P-40M in olive-drab over neutral-grey undercarriage with Soviet Air Force red stars in the normal 6 positions. 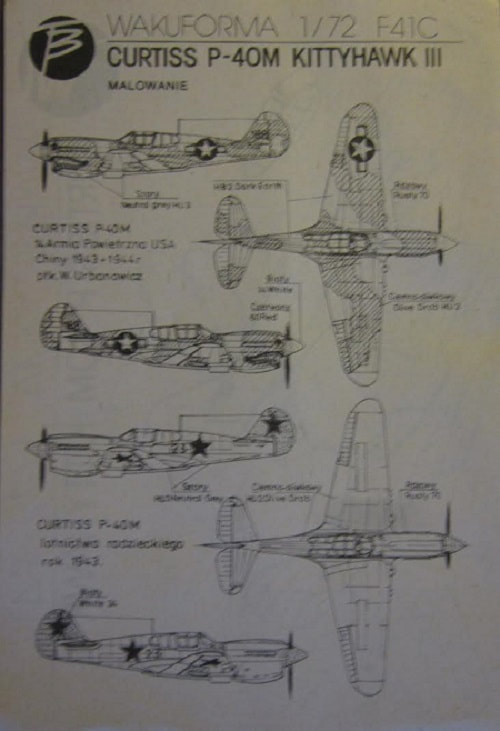 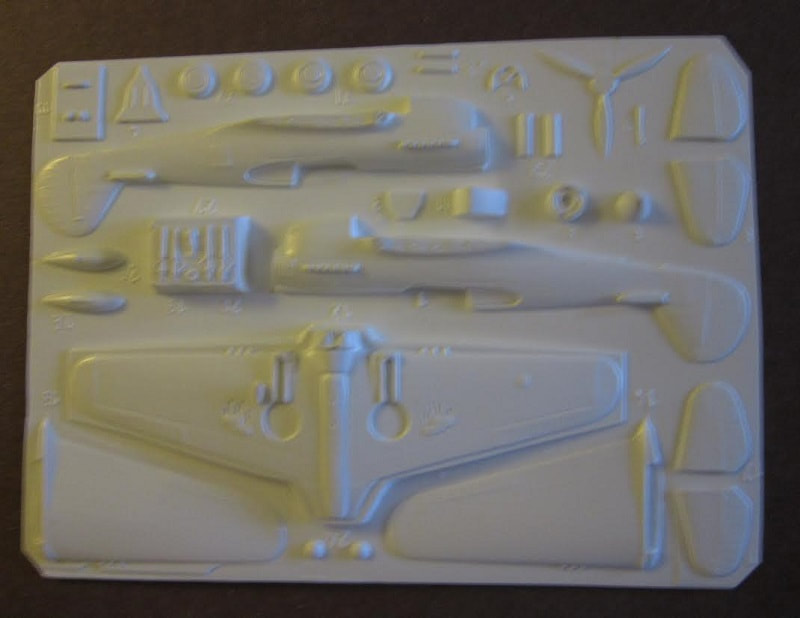 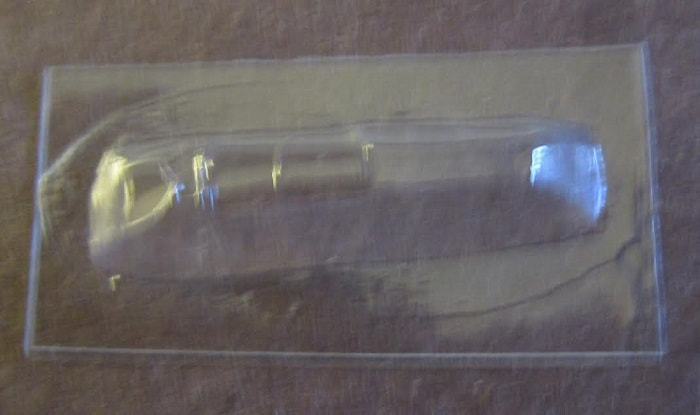 ​The decal sheet completes the kits contents. It includes the "Leaping Tiger" illustration, created by Walt Disney for the Flying Tigers.

I got this kit years ago from a fellow modeler in Krakow, Poland. He wanted an injection molded kit in exchange for it. I told him "NO". That I did not solicit this kit from him and that I dislike vacuformed models because they are too much work for lousy results. I told him that I was willing to mail it back to him and he declined and told me to keep it.