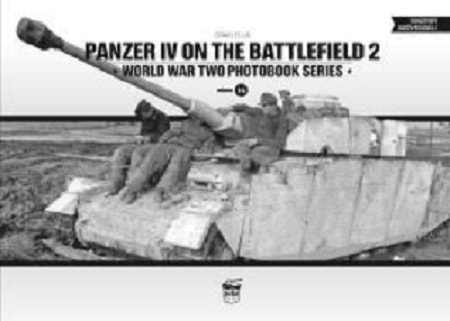 MSRP: $41.95
​
The indomitable Pz.Kpfw. IV gave sterling service throughout WWII and its complex and diverse family tree has been a subject analysed by many historians and modelers alike.

One of the simplest ways to categorise the lineage is through the binary lens of Kurz (short) and Lang (long). These German terms refer to the relative length of the vehicle's main gun and by association its different roles during the conflict.
Although not part of its official nomenclature, the terms were used as shorthand to identify it in Order of Battles, unit strength reports and maintenance records.

This book is solely focused on the Lang and as such looks at the vehicle in its role as a main battle tank, leaving its early employment as an infantry support weapon for a future focus.

Its initial task and the one it was designed for was to apply high explosives in support of infantry units. The short-barrel L24 75mm howitzer it was supplied with proved more than competent at this time.

Taking the Pz. IV away from this role ws not a criticism of its performance, but a necessity in the face of increased threats on the battlefield.

Peko Publishing is based in Hungary.

The cover art shows a wartime black and white photo of a Pz.Kpfw. IV sitting in a field with it's crew sitting atop it. It appears to be covered in in winter white-wash.

The back cover shows another wartime black and white photo of  a Pz.Kpfw. IV parked in a city with a German officer in a greatcoat standing beside it. The running gear on it has a lot of snow caked to it. The gun barrel has 8 kill rings around it and there is a white squggle pattern on the tank.

The text and captions under the photos are in Hungarian and English.

There are 99 black and white wartime photos of the Pz.Kpfw. IV and her crews. 35 of these shots show Pz.Kpfw. IV's knocked out and destroyed.

This is a neat picture album about the Pz.Kpfw. IV. It will be of great interest to AFV historians and modelers alike.

Listings of Peko books can be seen on the Casemate site at:
www.casematepublishing.com
​
Or
www.pekobooks.com
​