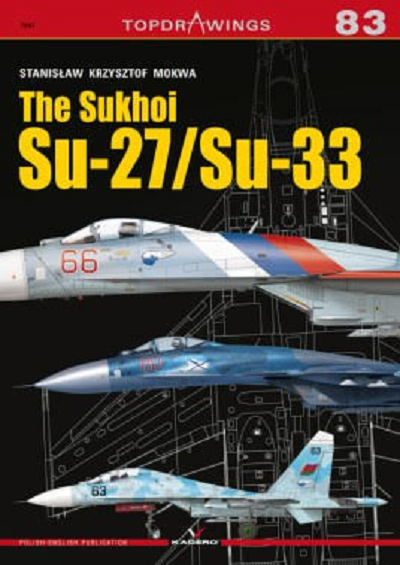 In the late 1960’s the Soviet Union started working on fighters that would be a counterbalance for the American F-15 Eagle. In 1969, a competition for a new fighter was announced, but when the parameters to be met were given, Pavel Sukhoi withdrew from it. He considered that the required performance could not be reached.

Despite that, the designers from the office – Oleg Samojlowicz, Valery Nikolaenko and Vladimir Antonov – developed the plane and presented it for the competition as the T-10 prototype. The aircraft was constructed as a heavy interceptor fighter (light version was the Mig-29, which was submitted in the same competition.

The T-10’s maiden flight took place on June 20, 1977 at the airport of the Flight Test Institute in the city of Zukowski (Ramenskoye). The prototype showed a lot of problems, including insufficient structural strength, intolerable aerodynamic resistance, too intensive wing vibrations and too  much aircraft weight.

After making some big changes in the prototype and positive tests in 1980 at the Yuri Gagarin in Komsomolsk-on-Amur produced an information series of 5 aircrafts. They  were designated  as Su-27 (NATO code Flanker-B). Finally in 1982, serial production began.

The first version after the production series was the Su-27UB two-seater combat and training aircraft (NATO code Flanker-C). It was intended for training ,but still it maintained full combat capabilities. Due to the addition of a second cabin, the vertical tail was raised and the aerodynamic brake on the back of the aircraft was enlarged..

The two-seater version is about 1500 kg heavier and has lower parameters than the single-seat variant. Officially, the  Su-27 aircraft was accepted for armament in 1985. They were introduced to the fighter regiments.

When the Soviet Union collapsed, some of these aircraft were adopted by the armies of its ex-states. That’s how the Su27’s got to the Ukraine, Belarus and Kazakhstan. For the first time Su-27 aircraft took part in combat operations during the Georgian-Abkhazian conflict.

On March 19, 1993, Georgian anti-aircraft defense shot down a Russian Su-27 with an anti-aircraft rocket near Sukhumi.  This is the first known case of shooting down this type of aircraft. Work on the Su-33, which was the Su-27 version adapted to operate from aircraft carriers, began with the work on a new aircraft carrier for the Soviet Union in the second half of the 1970’s.

The first series were delivered to the Russian Navy in 1994. The only unit capable of combat operations is the regiment with 24 aircraft aboard the only Russian aircraft carrier “Admiral Kuznetsov”. In addition to the Su-33 (MK) fighter, a two-seater version of the Su-33KUB multi-role fighter was also created, with the arrangement of seats like in the Su-34.

The book is in both the Polish and English  languages.

It comes in a clear self-locking cello bag.

The cover shows color profiles of a Su-27S at the top, over a Su-33 and  a Su-27UB, posed against a black background with a  white line drawing of a top view of the Su-27. The 3 color profiles are repeated again inside the book.

There are 82 illustrations in the book, consisting of 12 line drawings and 10 color profiles.

There are 4 black and white photos of a Su-27 sitting on a runway.

This book will be of interest to both modelers and aviation historians. Highly recommended.

I want to thank Casemate publishers, the North American distributor of Kagero books for this review sample.

All of  Kagero’s titles can be seen on Casemate’s website at:
www.casematepublishers.com