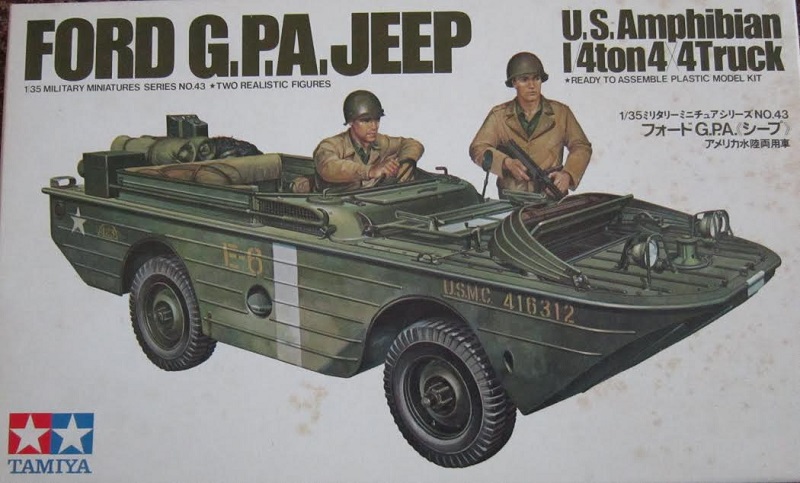 The Ford GPA 'Seep' (from Seagoing Jeep) was an amphibious version of the WWII Ford GPW Jeep. Unlike the jeep, the seep was not a successful design being too slow and heavy on land and lacking sufficient seagoing abilities in open water.[1] Similar design features were used in the larger and more successful DUKW amphibious truck.

After having commissioned Willys, Ford and Bantam to build the first 4,500 jeeps (1500 each) in March 1941, the US Motor Transport Board set up a project under the direction of the National Defense Research Committee (NDRC) to be designated "QMC-4 1/4 Ton Truck Light Amphibian".As the war in Europe progressed bridges were frequently destroyed in front of the advancing Allies and a requirement for an amphibious version of the jeep arose.

Roderick Stephens Jr. of Sparkman & Stephens Inc. yacht designers was asked to design a shape for a 2700 lb (1,200 kg) amphibious jeep, in the same vein as his design for the DUKW six-wheel-drive amphibious truck. Not surprisingly Stephens' hull design looked like a miniature version of that of the DUKW, and just like it, the 'Seep' was going to have a screw propeller, driven by a power take-off, operating in a dedicated tunnel fared into the rear end bodywork, as well as a proper rudder.

The construction of the vehicle was developed in competition by Marmon-Herrington and Ford Motor Company. Marmon-Herrington specialized in all-wheel drive vehicles.[2] The Marmon-Herrington prototype's hull formed an integral uni-body structure, created by cutting shapes out of steel plate and welding those together, much like the hull or chassis of an armoured vehicle. The Ford entry however used a sturdy chassis and internal frame, to which more or less regular automobile type sheet-steel was welded. This construction made the GPA some 400 lb (180 kg) lighter than its competitor. Also The GPA's design was based on the Willys MB and Ford GPW standard Jeeps as much as possible. When designing and building the GPA, Ford utilized many of exactly the same parts that the Ford GPW did. The GPA had an interior similar to that of the MB/GPW jeeps, although the driver's compartment had almost twice as many control levers: 2WD/4WD, hi-range/lo-range, capstan winch (on the bows), propeller deployment and rudder control. After a direct comparison of the two company's prototypes, Ford received a contract for production starting in 1942.

Tamiya is an older prolific model company based in Shizuoka City< Japan. They make all manner of model kit subjects in the popular scales.

The box art shows the jeep posed against one of Tamiya’s “SIGNATURE” all-white backgrounds that they use on all their model kits.

The box art shows the jeep in overall olive-drab, with a white star on the extreme rear of the hull sides, a white vertical bar in the center of the sides, with a yellow stenciled number E-6 to the left of the bar. Above the front tie is a yellow USMC 416312. Two soldiers are shown – the driver of the jeep and a soldier standing beside the jeep holding a Thompson machine gun.

One side panel has a small color repeat of the box art, followed by the history of the jeep in Japanese and a color illustration of the standing soldier figure.

The other side panel has 4 color box art illustrations of other wheeled military vehicles that Tamiya markets as kits:

No kit numbers are shown for these 4 kits.

The instructions consist of a long single sheet that is 7 ½” x 22” in size, printed on both sides and folded twice along it’s length to fit the box.

The face side of the instructions begins with a black and white repeat of the box art, followed by the history of the jeep in Japanese. The bottom of the face side has color instructions for the 2 figures and three 3-views for coloring and marking the jeep.

A jeep with a white star in a circle on the sides and nose and a nickname LEAKY on the sides in white. A white serial no. HQ-3 USA 705234 above the front wheels.

The box art subject further showing the vertical white bar on the nose and a yellow half circle with 423 on it on the sides and left rear side.

A jeep with a small white star on the sides with a ace of spades in a circle to the left of it and another white star on top of the hood. The white serial no, USA 7051929 over the nickname PEVRIES above the front wheels.

On the decal sheet is a 3rd nickname IKE’S INVASION TAXI. However it is not shown in the painting and marking instructions.

Since all text in the instructions is in Japanese (which I cannot read), I have no clue as the units these making choices were with???

The other side of the instruction sheet has 7 assembly steps.

I put a length of gauze bandage in the box to later fabricate a rolled tarp. 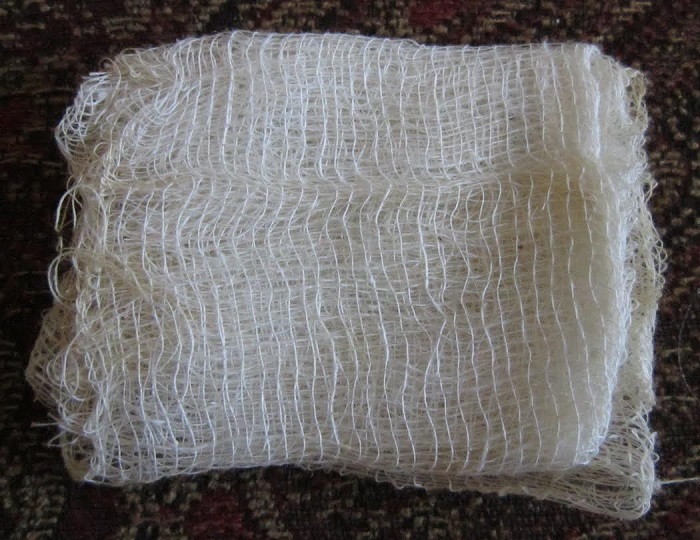 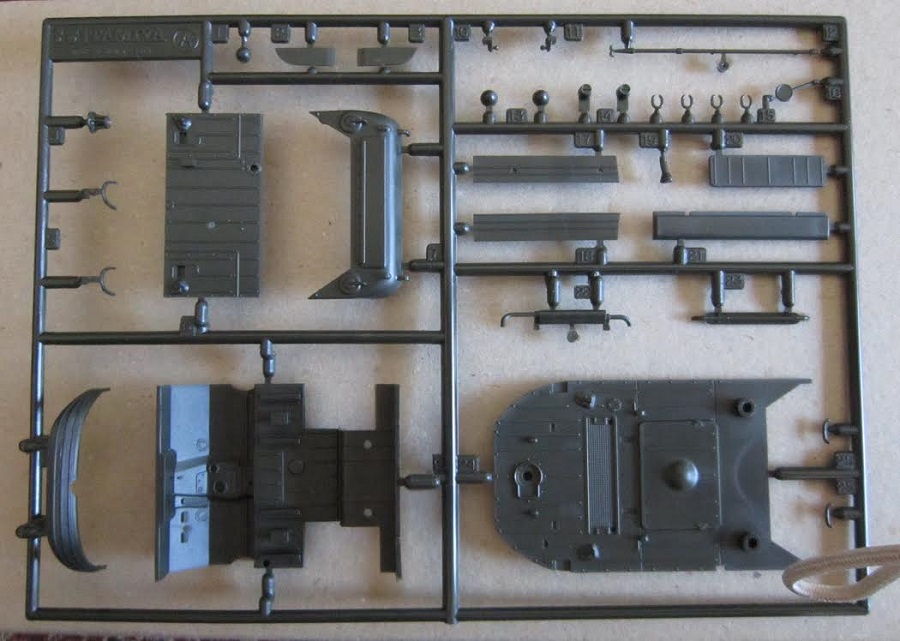 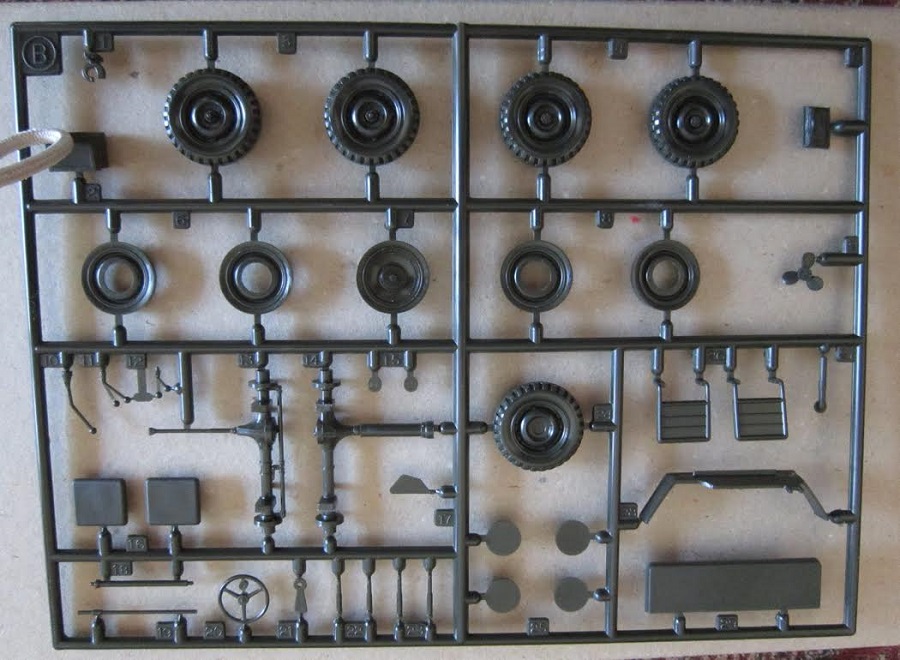 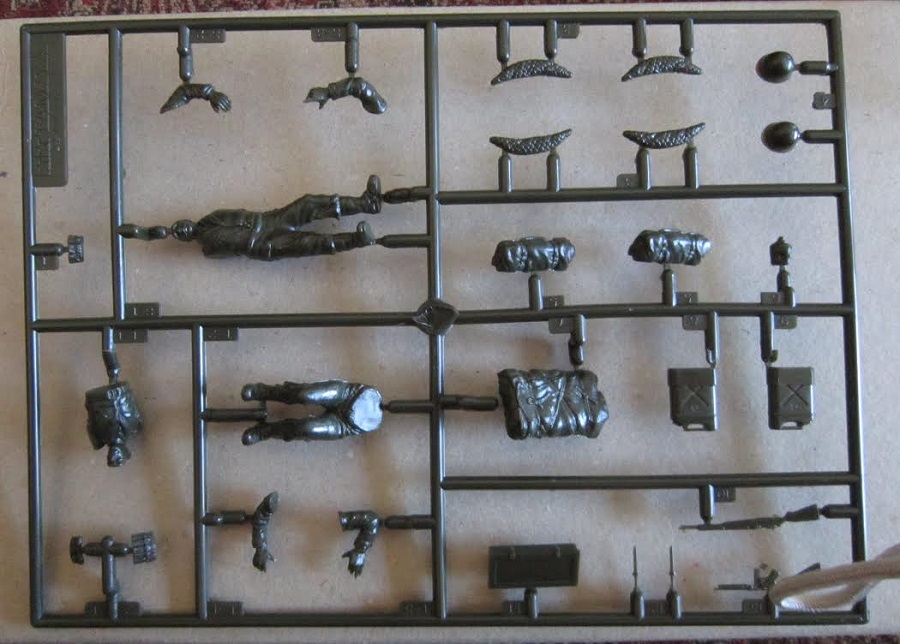 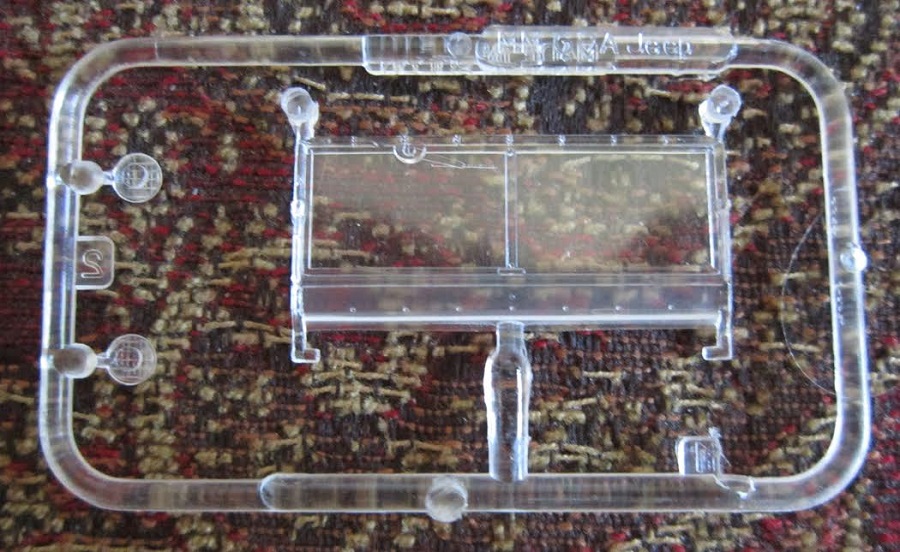 The one piece lower hull. 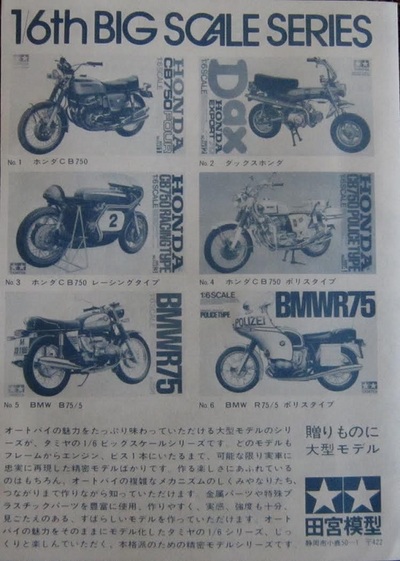 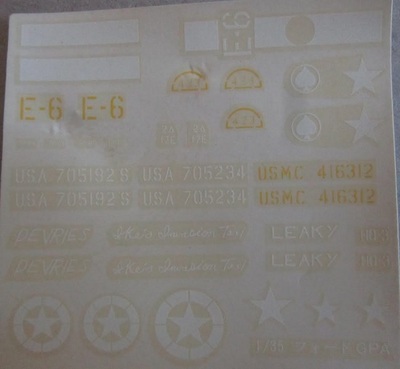 This kit has very nice detail and is highly recommended.

I purchased my kit back in the 70’s at my local hobby shop.

I believe the kit has been re-issued since the 70’s and may still be found somewhere.