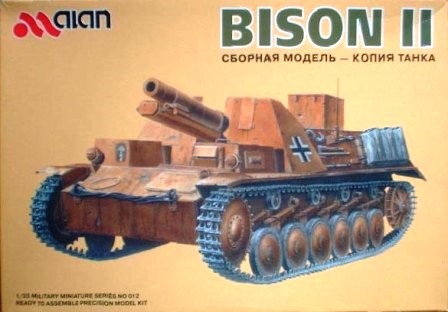 From a ballistic and destructive effectiveness, the S.I.G. 33 was judged to be outstanding. But, due to the short range and poor mobility of the towed gun, it rarely got into action during attacks. The 15cm S.I.G. 33 (Sfl) auf. Pz.Kpfw. I Fargestellt version was first tested in combat in May 1940. The Waeebant was already engaged in development of an improved model, based on the Pz.Kpfw. II chassis. On the first variant, the howitzer was mounted on its wheeled carriage too far to the rear. Firing it resulted in the Pz.Kpfw. II unacceptably tipping backwards from the recoil. Without its wheels the S.I.G. could be mounted considerably further forward, which was a significant advantage for stability when firing. Since the room inside a standard Pz.Kpfw. II was unacceptably small, a lengthened and widened hull was made. Additional space in the fighting compartment was also achieved by mounting the engine transversely across the rear of the vehicle. A transfer case was mounted in the right rear, redirecting power forward through a drive shaft, which ran along the right side to the transmission and transverse mounted Pz.Kpfw. II steering unit. Unlike the normal Pz.Kpfw. II suspension, a sixth road wheel was added to the lengthened chassis. A trial series of 12 S.I.G.33B (Sfl.) were ordered from Alkett for delivery starting in August 1941. Being months behind schedule, Alkett finally completed seven S.I.G. 33B (Sfi.) vehicles in December of 1941, and five more in January of 1942.

These vehicles were organized into two independent companies and were sent to the Afrika Korps, in Libya, to take part in the intended attack on Tobruk. The S.I.G. 33B's were engaged in the major offensive called Operation Venezia. Combat experience quickly revealed the engine's weakness and many other design faults, mostly aggravated by African climatic conditions. The greatly overloaded vehicle immediately would overheat and was too unmaneuverable. The vehicles were reported as having all been lost by the 2nd of December 1942. The British reported capturing six of them, when they were abandoned during the withdrawal. These were all found in dismantled condition in a German tank workshop.

Side view of the prototype

WHAT'S IN THE BOX?

Opening the box reveals a 6 page, 8 1/2" x 11" format instruction sheet. Page one of the instructions gives the vehicle's history in Russian, German, English, and Japanese. Pages 2 through the top of page 6 give 16 assembly steps. The bottom of page 6 gives the painting and decal instructions.

One cello bag holds the four parts trees of the main vehicle parts. These are molded in a medium gray styrene and are flash free and crisply molded. 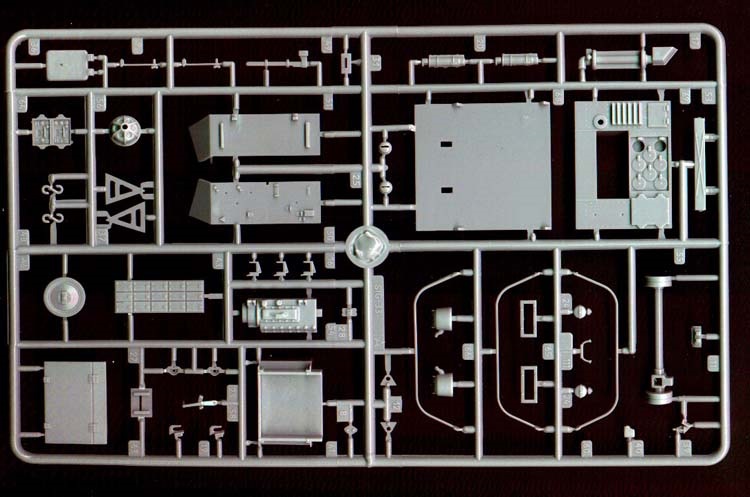 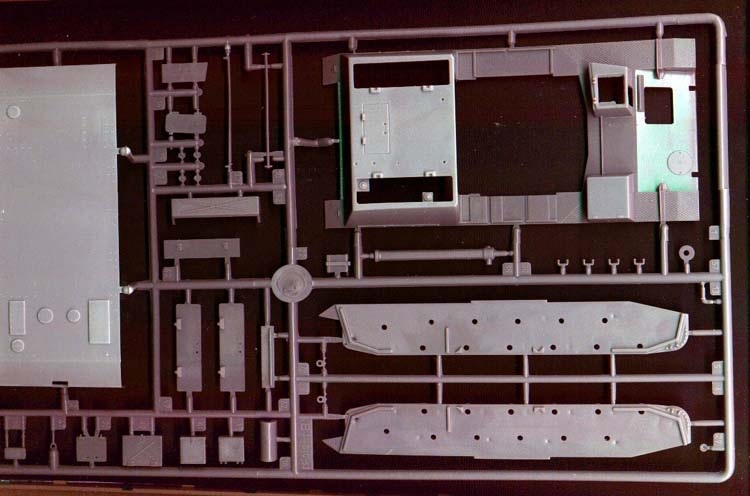 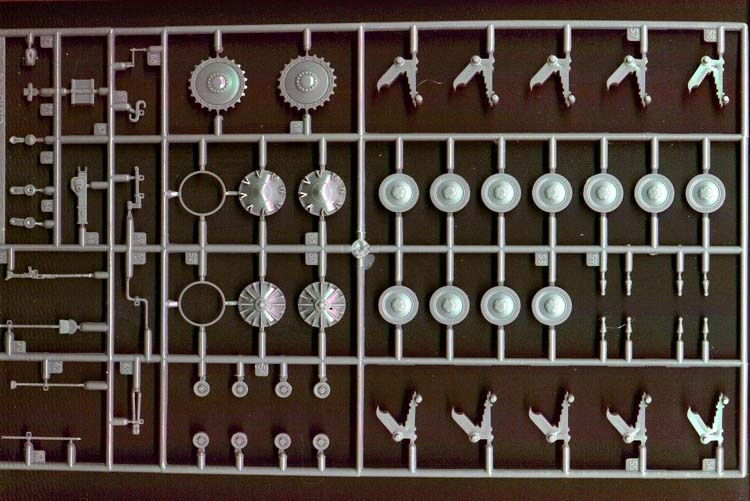 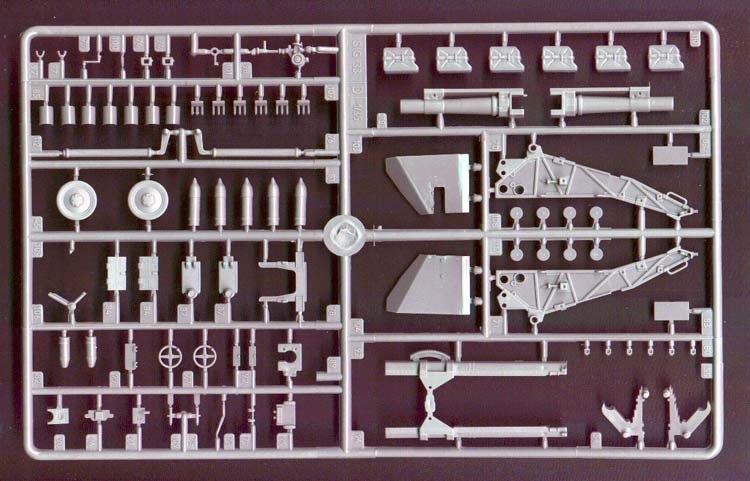 A second, smaller, cello bag holds two identical trees of the individual tread link parts. They are molded in a very pale gray plastic. (240 links in all).

The decal sheet has only one marking option for a vehicle of the 15th Panzer Division, North Afrika. 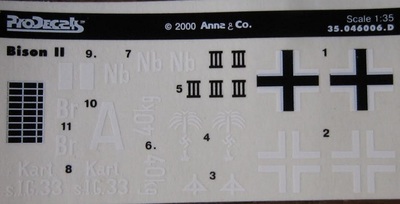 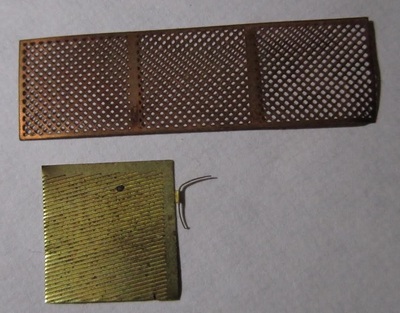 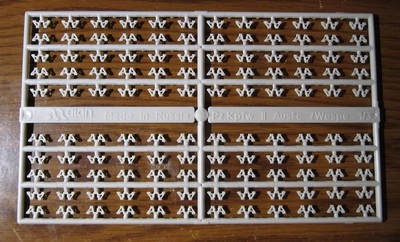 I have started the model and have completed the lower hull, fighting compartment and driver's compartment. 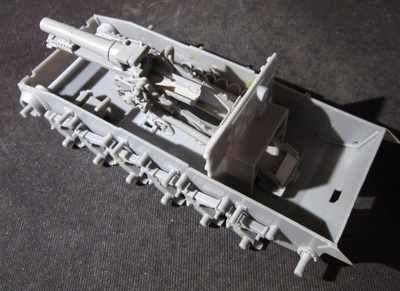 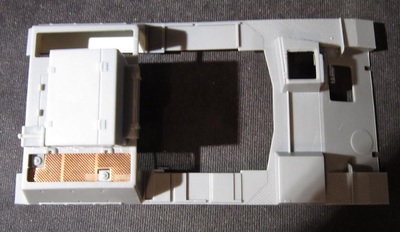 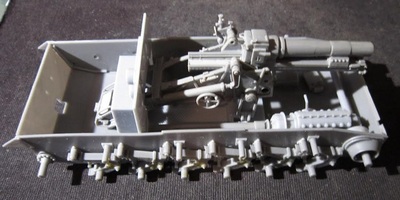 I like the beginnings of the detail offered for the driver's compartment. However, I feel that there is some stuff missing there too. Only a driver's seat and the transmission with one lever mounted on it's side are offered. Should there not be a steering wheel or steering levers, some foot pedals, and...above all...a dashboard in there?? I don't know! My references are very lean on this vehicle too. If any readers out there know more about this area please contact me.

I like the salty looks of this vehicle and fell in love with the looks of it when I saw a picture of one in one of my WWII books years ago. I am happy that someone has now produced a kit of it. It fills a niche in any German armor collection. I look forward to building it.

I bought this kit from Great Models  before they folded years ago. but it might still be  available from good hobby shops somewhere