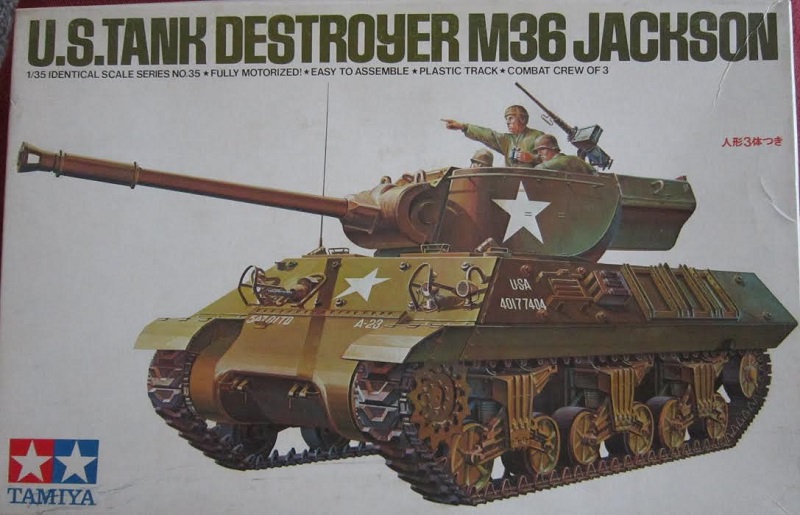 The M36 tank-destroyer series first saw battle in the Invasion of Normandy on June 1944. As the main strength of American independent tan-destroyer battalions, it exercised it’s power in anti-tank battles over heavy tanks of the German tank forces.

On the other hand, the 702nd Battalion just lost only eight of its main-strength M36 Tank-destroyers “General Jackson I’s”.

The 1st Tank-destroyer Brigade belonged to the 3rd Army “Hell on Wheels” under the command of General Patton and was used in special tactics. Some of the M36 tank-destroyer series which served as the main body of the independent tank-destroyer battalions and destroyed the main-strength tanks of the German tank forces by the hit-and-run tactics in the late stages of WWII were given to the army of Britain, France and other NATO countries.

After the war, Japan’s Self Defense Force was also provided with some M36’s, use of which is now exhibited in the Weapons Data Center of the Ordnance School. The main armament of this M36 is the 90 mm cannon M3A1 equipped with a single-acting muzzle brake and a cylindrical smoke exhaust.

Armament: one 90 mm Cannon M3 on a revolving turret and one 12.7 mm Browning machine gun.

Tamiya is an older prolific model company based in Shizuoka City Japan. They make all manner of model subjects in the popular scales.

The box art shows a M36 Jackson posed against Tamiya’s signature all-white background that they use on all their box arts.

3 crewmen are looking out of the open-topped turret. On is pointing with his right arm and just the heads of the other two men can be seen.

One side panel has a smaller color repeat of the box art, followed by a one-paragraph history of the M36 in English. Below this is a list of the tanks features.

The other side panel has 4 color box arts of other AFV kits that Tamiya marketed.

A M3A3-E8 U.S. Tank (box art showing it with the shark mouth on the front)

All the box arts show scenery in the back-grounds. Not Tamiya’s normal all-white backgrounds. No kit numbers are given for these 4.

Page 1 of the instructions begins with a black and white repeat of the box art, followed by the history of the M36 in English. There are small drawings of a M36B11, a SU-85, a Jagdtiger and a M-30.

Page 2 has the parts trees drawings. The tree of figures is not alphabetized here. There is a list to the side of the names of all the parts in English.

At the bottom of the page is a black and white photo of the M36 made up with 6 figures crawling on it and a jeep parked next to it.

Page 3 through 6 give a grand total of 16 assembly steps.

Steps 1 to 4 are for assembly of the gear box for motorization.

Instructions are shown as to how to hot rivet the treads into a loop. These treads are not the newer glueable type.

A black and white photo of the interior of a real M36 is provided and 4 others are walk-around shots of various parts of it’s anatomy.

Step 16 is for the assembly and painting of the 3 crew figures.


On the page with this is black and white photos of a front and rear view of the kit made up and one of the crew in the open turret.

Page 7 has the painting and decal application instructions.

One side view and a 3-view indicate you can use any one of 3 choices of marking:

Serial no. 5A701D (the box art subject) is a tank belonging to the 5th Army

Serial no. IA814TD belongs to the 1st Army

At the bottom of the page is a black and white photo of a M36 parked as an out-doors display at Aberdeen, Maryland. 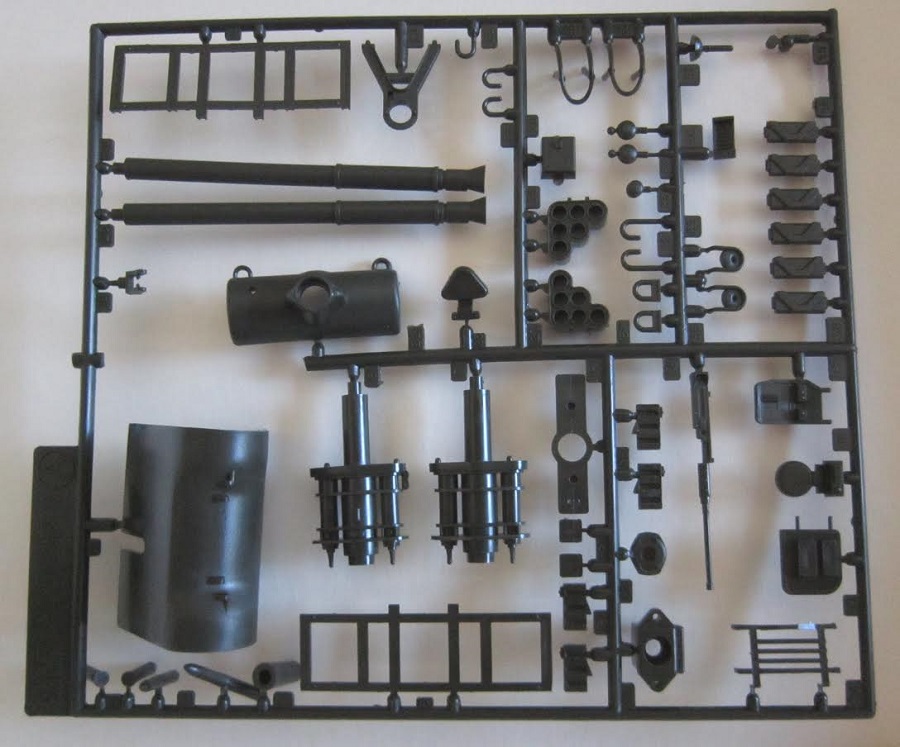 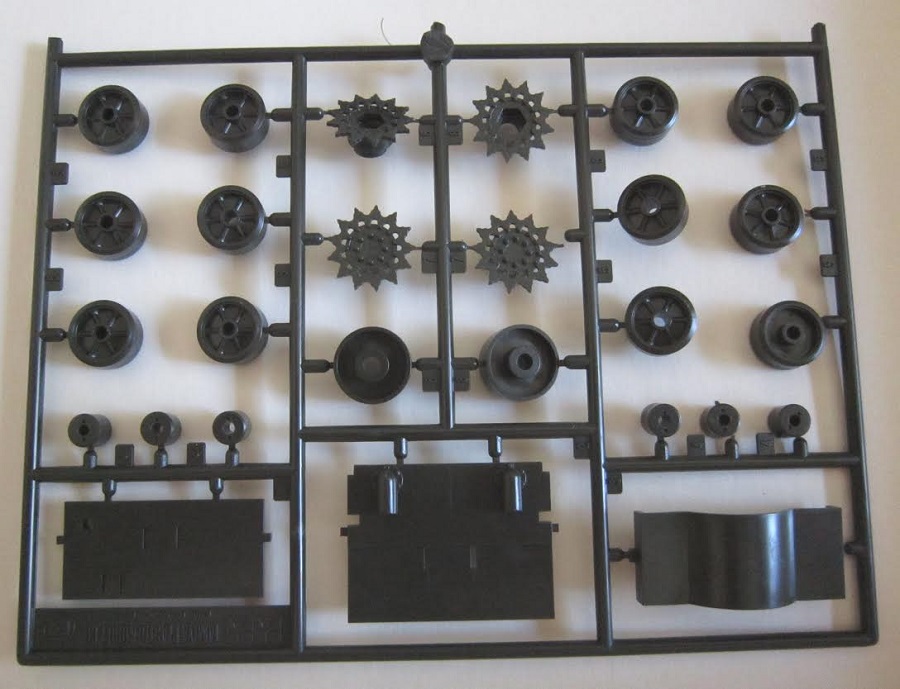 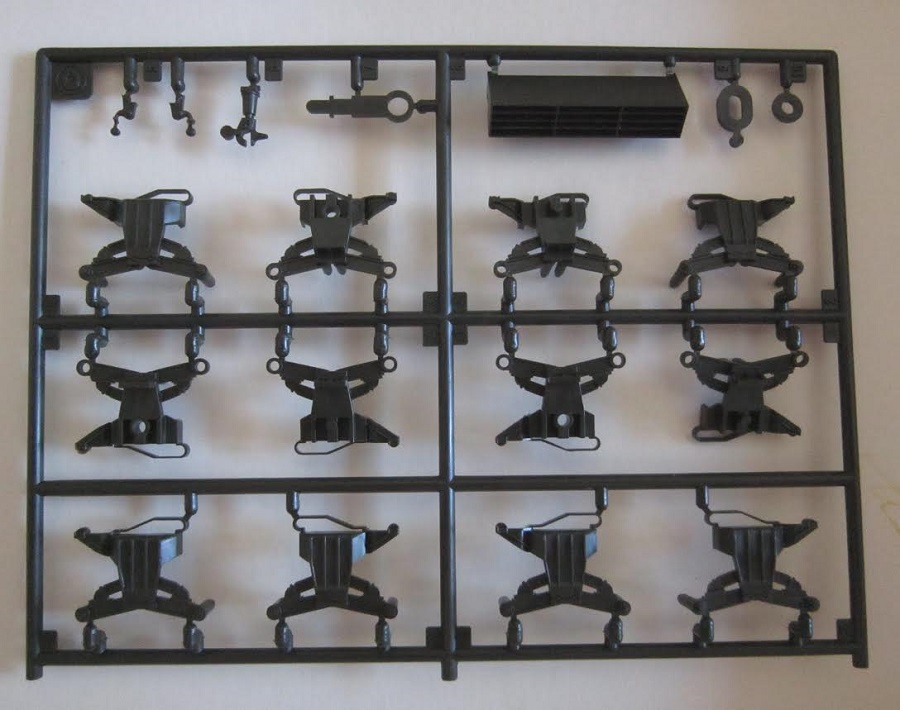 The dark green un-alphabetized parts tree holds the parts of the 3 figures, a gun in a holster, a Thompson machine gun, 2 rifles, ammo rounds etc. (23 parts) 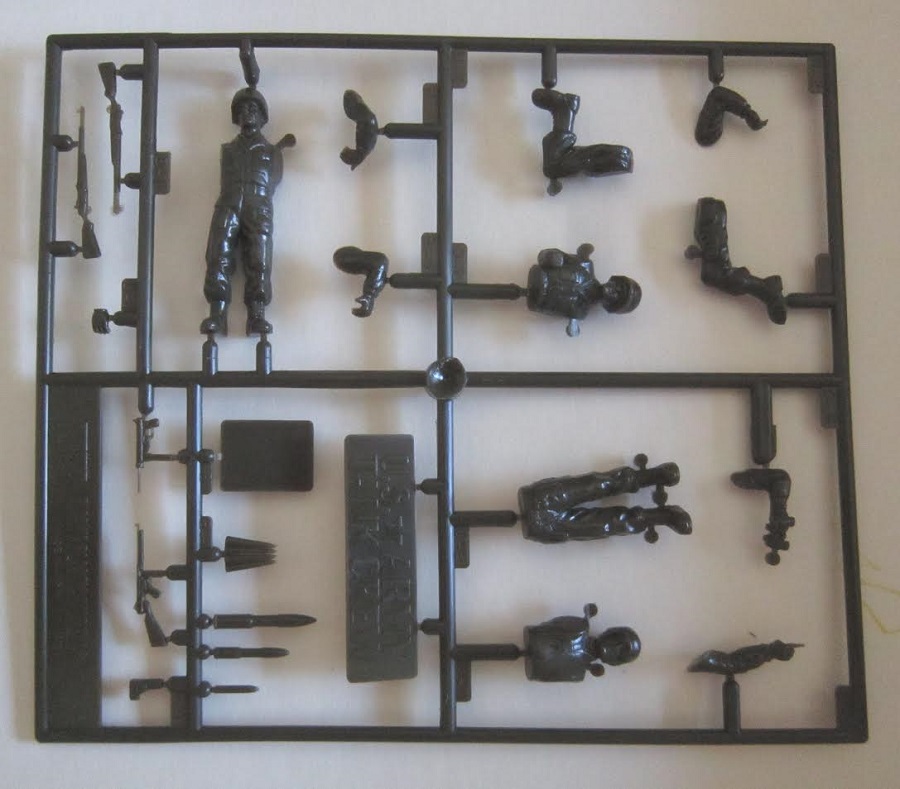 The upper and lower hull are supplied as one piece moldings. 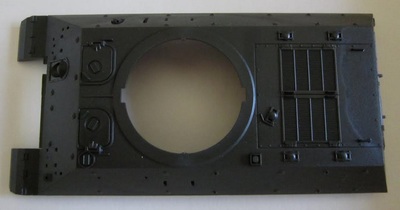 The turret is in two pieces with the turret ring molded closed. 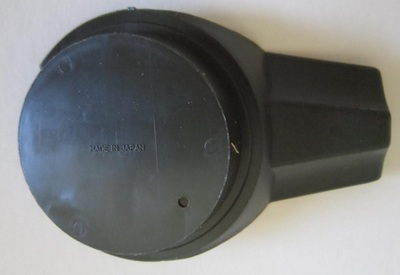 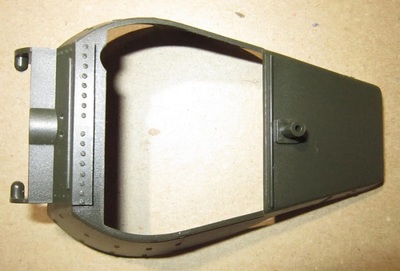 The black vinyl rubber band type treads are next. There are 2 long runs.

The metal gear box and electric motor and the decal sheet complete the kit’s contents. 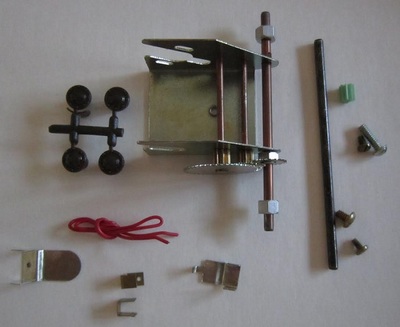 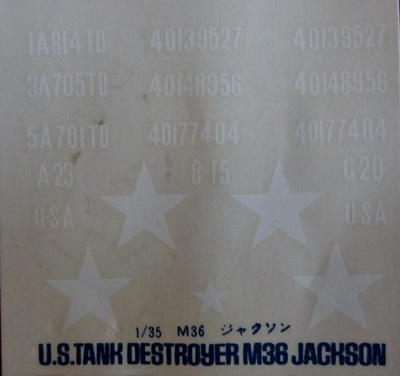 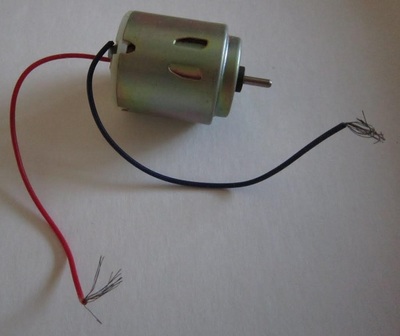 I don't know if I will build this kit motorized or static. For static you will have to putty up the holes in the hull tub that are there for motorization.

There is some nice detail inside the turret but no details for inside the hull and no clear parts.

I purchased my kit back in the 70's at my local hobby shop.
Copyright of this kit is 1973.