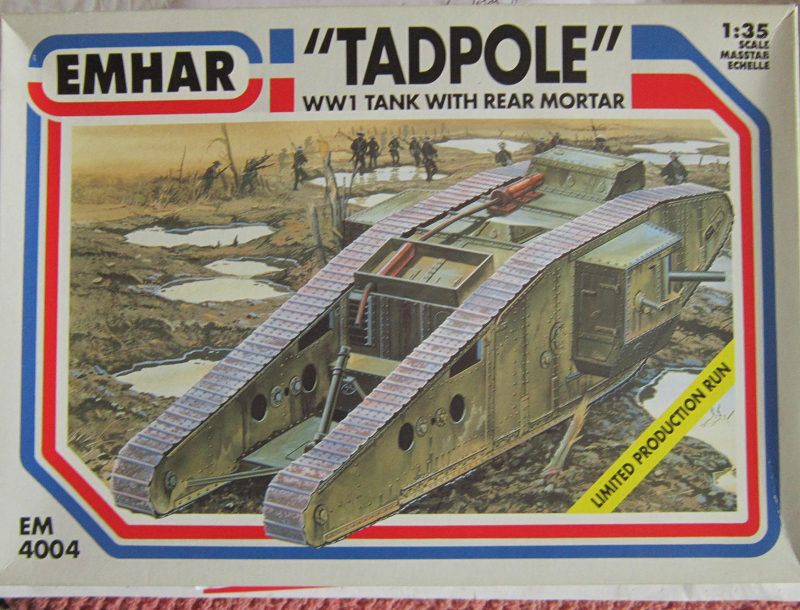 I paid $32.98 at a local hobby shop that went out of business.
HISTORY:

Angle iron cross-braces were fixed between the "tails" to improve rigidity. On one experimental version these provided support for a steel plate on which a forward-firing Stokes Mortar was placed.

Many "Tadpoles" were planned. Initial conversion trials were carried out in England and tail assemblies were sent to France. Problems with the conversion were not overcome by the end of the war and "Tadpoles" were not used in action. No markings are known (hence no decals are included in the kit). "Tadpoles" did not have unditching rails and the exhaust was shortened.

Emhar was a model company based in the UK. I believe they may have gone out of business.

The box art shows a Tadpole in "No-man's Land" that is pocked with water-filled shell craters. There are 12 infantrymen in the background.

The Tadpole is overall dark-green with no markings.

One side panel of the box has a small color side profile, followed by the history of the Tadpole.

​The other side panel has a small color repeat of the box art and the statement that the kit is intended for modelers 8 years to adult.

The bottom of the box has black and white line drawings of box arts of 9 other kits Emhar manufactured: 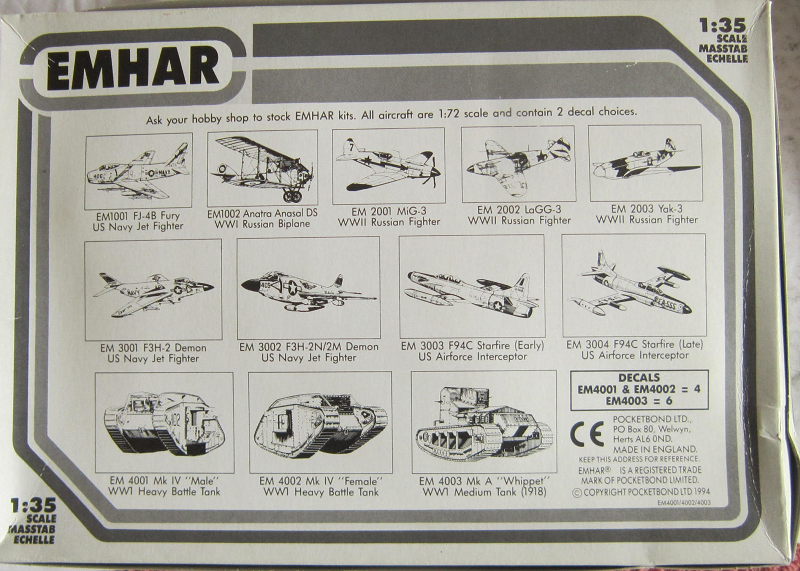 ​Pocketbond Ltd. was the U.K. distributor for Emhar kits at the time the kit was released. Copyright date is given as 1991. Pocketbond's street address in London, England is provided and the kit was made in England.
​WHAT'S IN THE BOX: 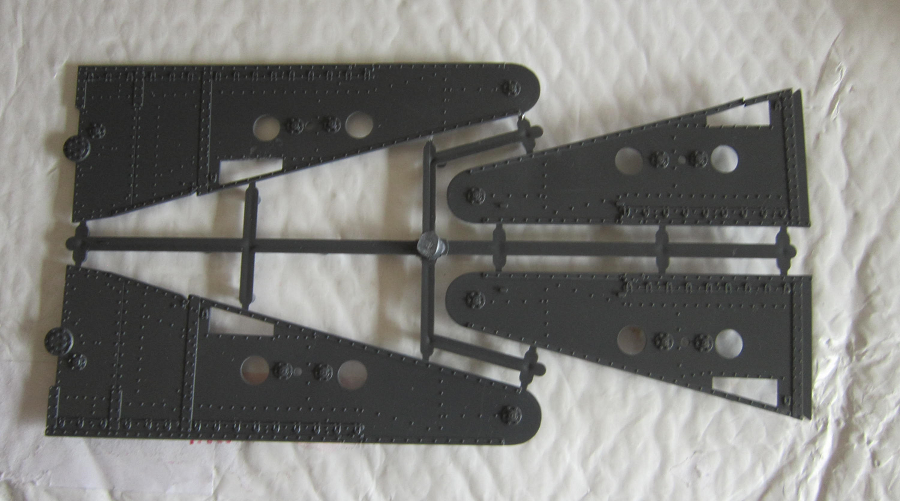 ​The second dark-gray tree holds: storage compartment walls, front inside and outside parts, fighting compartment roof, front side and and rear walls, machine guns etc. (27 parts) This tree is common to Emhar's kit no. 4001 of the Mark V Male and 2 parts are excess for making a Tadpole. 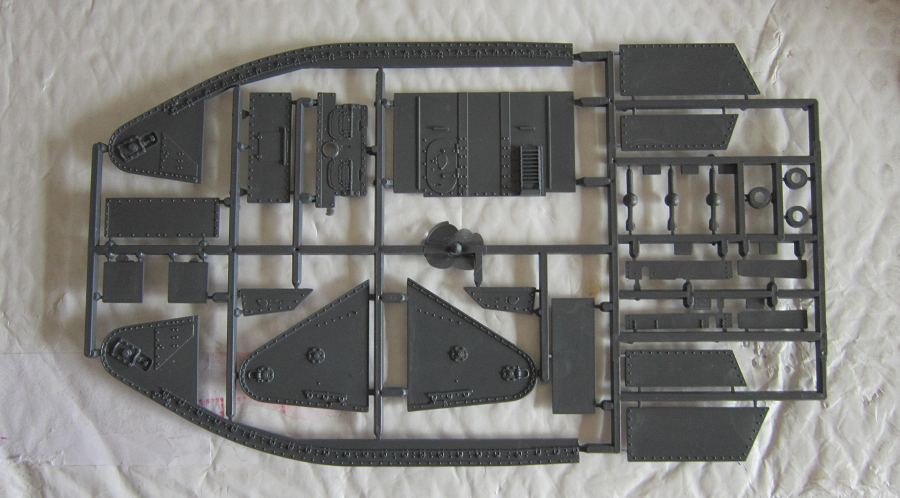 ​The third dark-gray tree holds: the front outside side parts, mortar and its base plate and supports (8 parts) 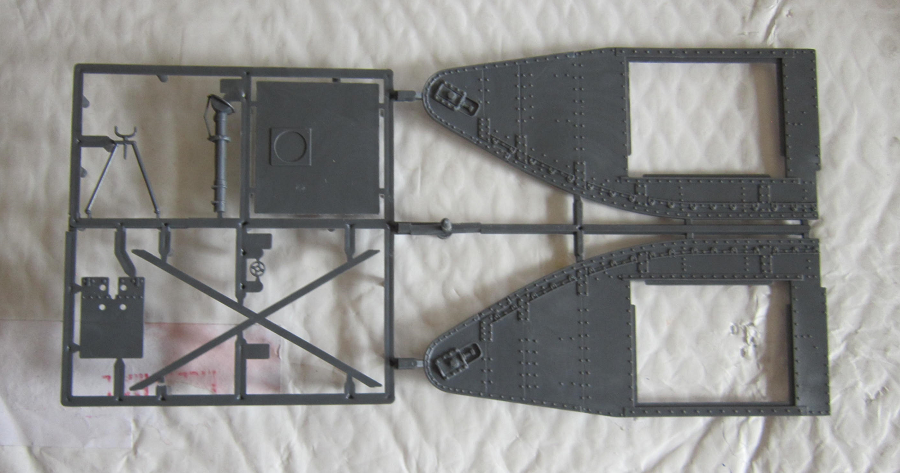 ​The fourth dark-gray tree holds: side sponsons gun shields, roof panel, exhaust etc. (37 parts) This tree is also common with Emhar's kit no. 4001, wheels on it and drive sprockets and some other parts are excess. 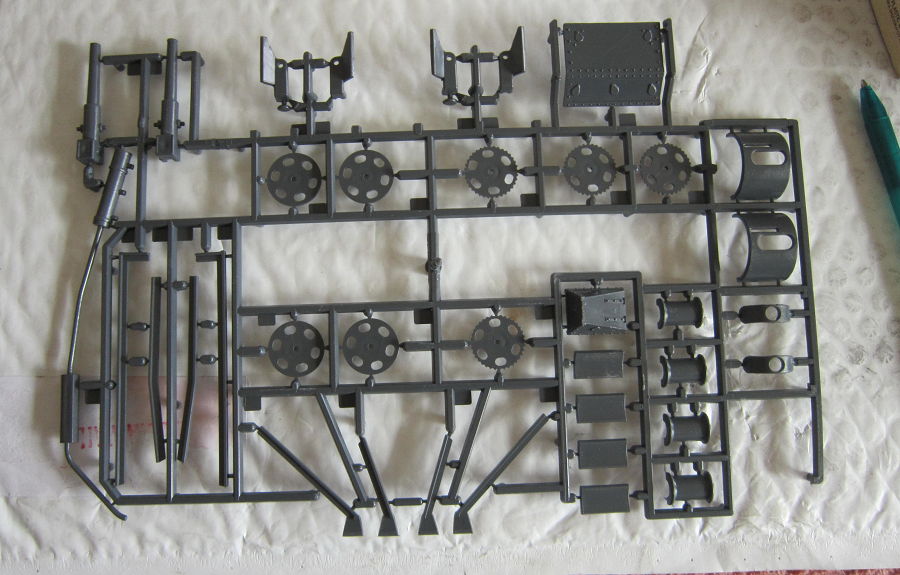 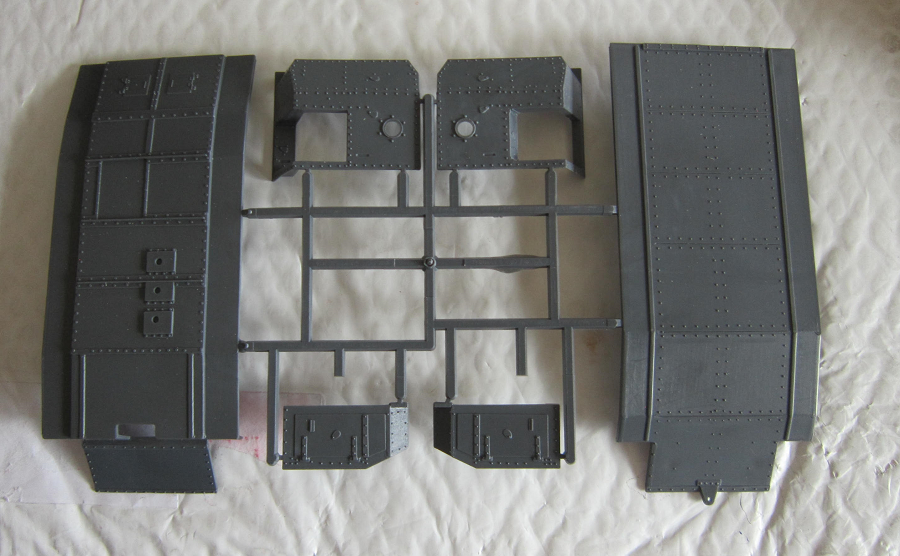 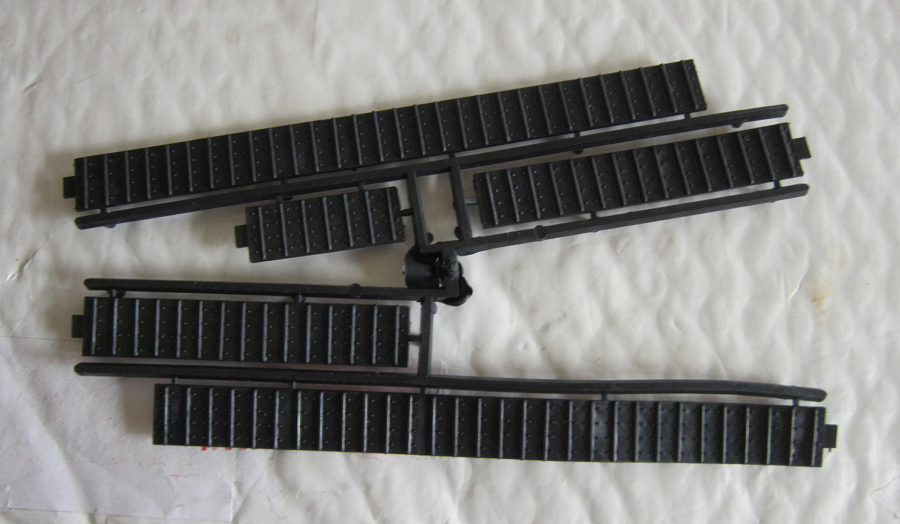 ​Trees are not alphabetized or illustrated in the instructions. They do, however, have part numbers molded into the back sides of parts that are not visible once the model is constructed, and part number tabs next to other parts on the trees.

There are no clear parts or a decal sheet in the kit. As already said the actual tank carried no markings.

The model has nice exterior raised detail. All hatches and doors are molded shut. There are no crew figures included.