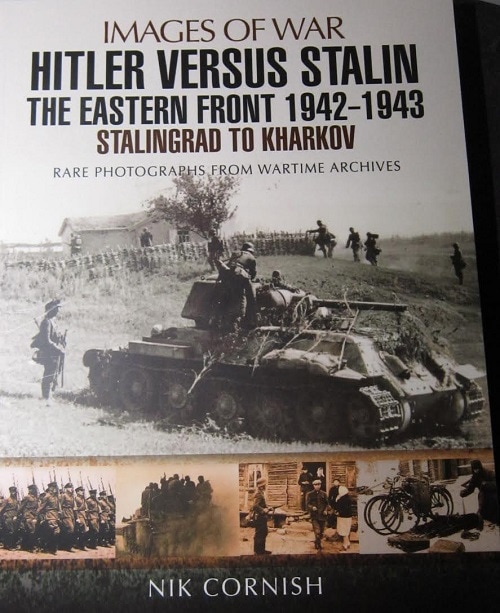 MSRP: $24.95
​
The second year of WWII on the Eastern Front was dominated by Stalingrad, the protracted battle for the city on the Volga, ans this is the major episode in this volume of Nik Cornish's four-volume photographic history of the conflict.

Stalingrad was a turning point in the war, the moment when the Red Army seized the initiative and threw back the German invaders. But the struggle at Stalingrad was far from the only focus of the fighting during 1942 and 1943. German forces conquered the Crimea, besieged Leningrad and advanced deep into the Caucasus. The Red Army took the offensive, not only at Stalingrad but at Rzhev, Kharkov and Kursk.

So this phase of the war between Germany and the Soviet Union saw dramatic changes of fortune, offensives and counter-offensives on a massive scale. These events are also illustrated in these rare photographs. These vivid images show the front line fighting, the troops and the conditions on both sides. They also document the consequences of war for the civilians under German occupation and the devestation of the Russian towns and cities.

Nik Corrish is both an author and historian.

Pen & Sword Ltd. is based in the U.K. This book was bound and printed there too.

It contains 175 black and white photos. There is no color in the book.

The pictures are very sharp and clear. The book will be of great interest to military historians and modelers alike. Lots of diorama ideas come to mind looking at the pictures.

I want to thank the folks at Casemate that sent me this review sample.

A full listing of Pen & Sword Ltd. books can be seen on the Casemate site at:
www.casematepublishing.com