The Firefly Mark 5 was the best known of the new generation of Fireflies that began to enter operational service in 1947. The new generation consisted of the Marks 4, 5 and 6, and although they appeared variously in the fighter, reconnaissance and anti-submarine versions there was little exterior difference between them. They all stemmed from the well-known Firefly Mark I, which equipped 19 different Fleet Air Arm Squadrons in World War II.

The war in Korea gave the Firefly its chance to prove itself as an adaptable and tough aircraft, operating from the Royal Navy carriers HMS Theseus, Ocean, Triumph and the Royal Australian Navy carrier Sydney.

The aircraft depicted by this kit belonged to 817 Squadron of the Royal Australian Navy, and operated from the HMAS Sydney during the Korean War. These aircraft retained the Royal Navy markings that they carried on allocation to the Australian Navy. With a crew of pilot and observer, the Firefly was armed with four 20 mm guns and could carry sixteen 60 lbs rockets or two 1,000 lb bombs externally. The single Rolls-Royce Griffon engine of 2,245 h.p. gave a maximum speed of 186 m.p.h. (355 knots). Wing span was 41 ft. 2 ins. and length was 37 ft. 11 ins.
​THE KIT:

This kit came in a tray and lid type box that was not shrink-wrapped, but held shut with strips of tape.

One side panel has a die cut tab in it with a circle in the center. This was to allow the kit to be strong on a hook on the wall of hobby shops if the owner wanted to display it that way instead of on a shelf.

The box art shows a Firefly taking off from the deck of a carrier. Its spine is dark sea grey over sky (duck egg green) below. It has black and white D-Day Invasion stripes around the wings and the fuselage. Over top of the fuselage stripes is black ROYAL NAVY over WB351 and a large 202. A large black letter K is on the sides of the rudder. It has a black propeller spinner.

We are not told what squadron this aircraft was with.

The side panels have 4 color illustrations of the box arts of other aircraft kits that Airfix marketed: an Aichi D3A1 "Val", a Vertol 107-11 helicopter, a T.B.M. 3 Avenger and a Mitsubishi "Dinah".
​WHAT'S IN THE BOX:

Parts are not cello bagged and a lot of parts broke off trees because of friction between the trees. I put all the parts into a zip locked sandwich bag to keep them together.
The decal sheet had a tissue provided to keep the face of it from scratching. However, this sheet was floating around loose and not protecting anything. So, I stapled it to the decal sheet.

There are no parts trees illustrations in the instructions and the trees are not alphabetized. The trees do however have part number tabs next to the parts on them.
The 1st light grey tree holds: main wheel halves, bulkhead, antenna, tail wheel etc. (12 parts) 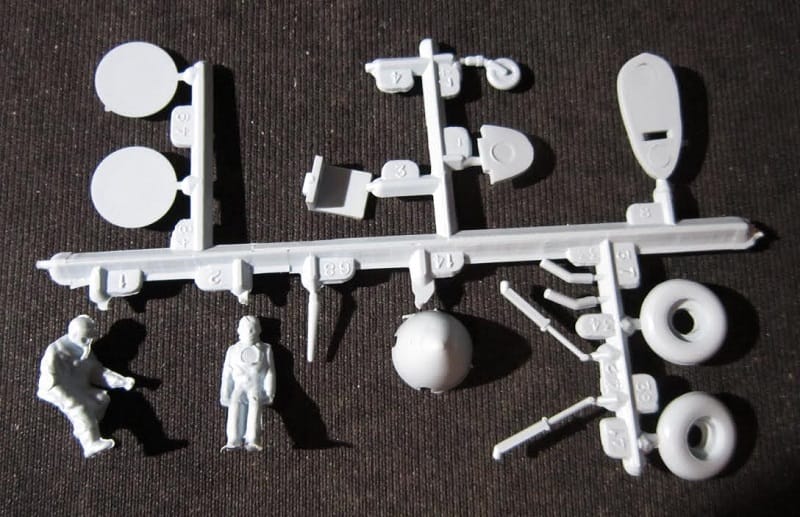 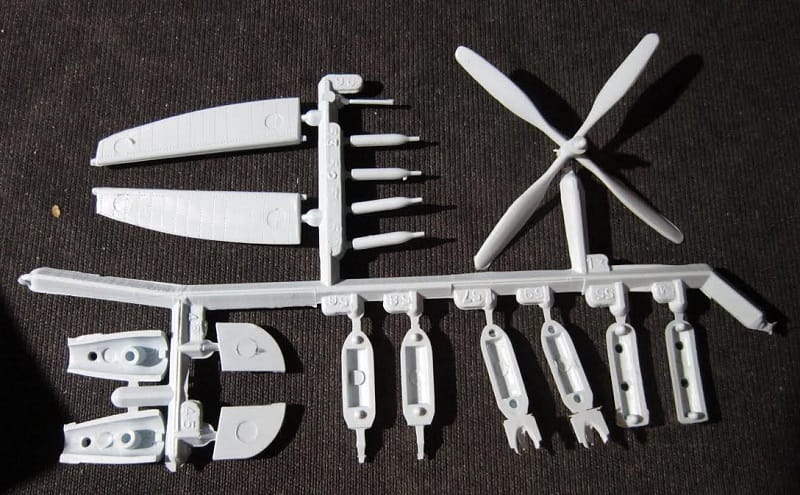 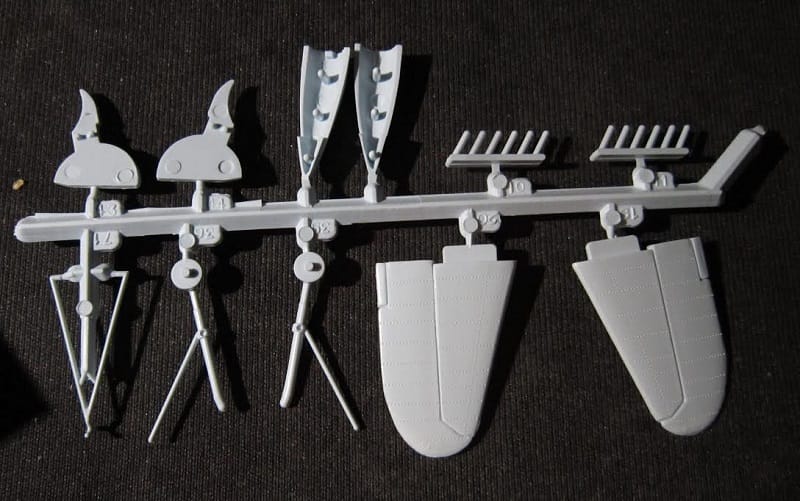 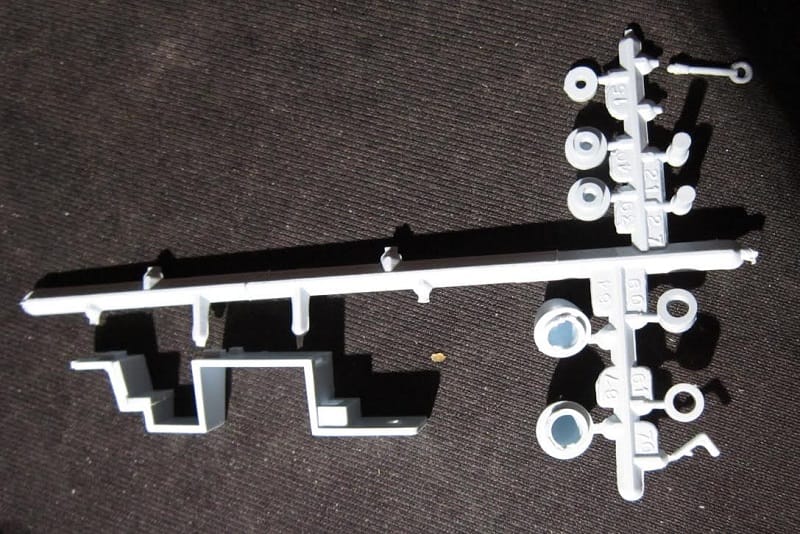 The upper and lower wing sections were loose in the box. 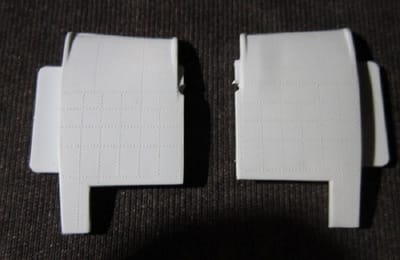 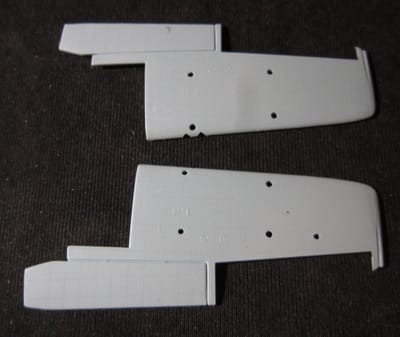 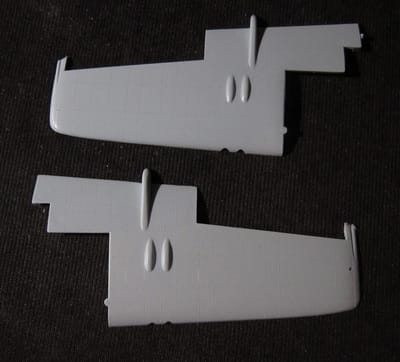 The fuselage halves are next and are the last of the light grey parts. 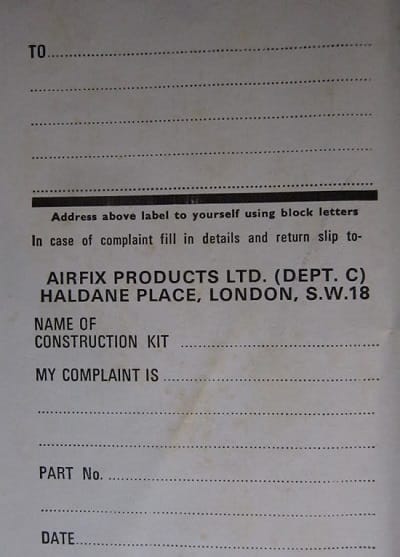 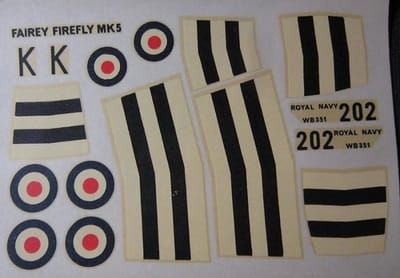 The 1st clear plastic part is the stand. 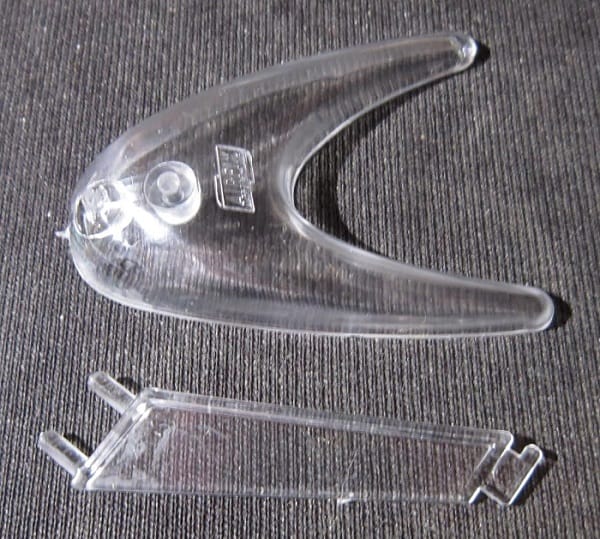 The three canopy sections make up the last of the clear parts.

​The instructions consist of a single sheet that is printed on both sides in 10" x 6 1/2" page format.

The face side of the instructions begins with the history of the Firefly, over the first assembly step that is accompanied by a lot of text to aid modelers through the build.
In this step you can opt for extended or folded wings.

The reverse side of the instructions has 2 more assembly steps for a total of 3.

The 3rd step is the painting and marking instructions. It shows a 3-view of the box art scheme (already described above).

This is a neat Korean War carrier-born British fighter.

Panel lines are all of the raised variety. Elevator and rudder fin are molded solid, but the canopy can be posed open, although there is little to be seen inside the cockpit other than the floor, seats, bulkheads, joystick and figures. There is no dashboard and more detail in there would dress it up better.

I purchased my kit back in the 60's at one of the local hobby shops that went out of business. Actually every hobby shop we ever had here is gone now....sigh.