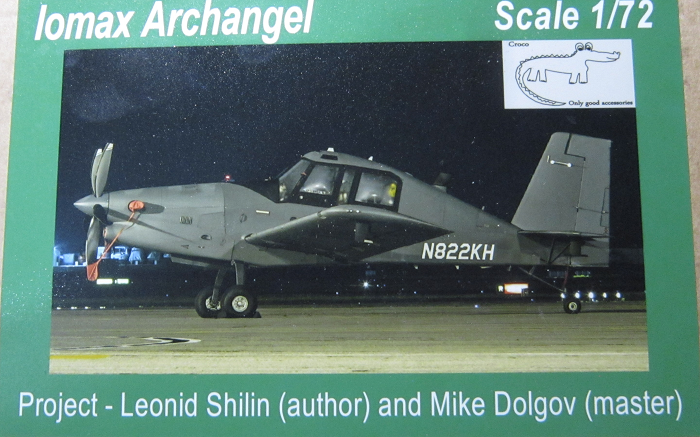 The Air Tractor AT-802 is an agricultural aircraft that was  also adapted into fire-fighting or armed versions. It first flew in the United States in October 1990 and is manufactured by Air Tractor Inc.

The AT-802 carries a chemical hopper between the engine firewall and the cockpit and another one under the belly. In the U.S., it is considered a Type III SEAT, or Single Engine Air Tanker

In response to the United States Air Force's LAAR program and the growing requirement for light counter-insurgency aircraft.

Air Tractor developed an armed model, the AT-802U, in 2008, with engine and cockpit armor, a bulletproof windscreen, self-sealing fuel tanks, and structural reinforcements for the carriage of 9,000 pounds (4,100 kg) of payload.

A reinforced wing spar was certified for 12,000 hours of flight time, and the AT-802U was displayed in 2009 at the Paris Air Show.

The AT-802 has also been used in counter-drug operations in the USSOUTHCOM AOR by the U.S. Department of State as a delivery vehicle for herbicides and defoliants over narcotics production facilities.

Ten AT-802i were converted by IOMAX USA into an armed configuration with Roketsan Cirit 2.75" rockets and guided bombs  for the UAE Air Force.

The UAE operated them until November 2015 when they were replaced by the first three of 24 Archangels on order from Iomax.

The Archangel is based on a similar crop-duster air frame, that of the Thrush Model 660, however to create the Archangel the basic Model 660 undergoes a much more extensive rebuild in the course of its militarization.

In January 2017, the US State Department approved a deal for twelve AT-802 aircraft for the Kenya Defense Forces, although as of June 2017 a contract for the proposed sale had not been signed.

The aircraft is used by more than 20 different countries.

Croco is a model company based in Riga, Latvia. They manufacture resin aircraft and armor kits. Some Vietnam era U.S. river boats are planned for future releases.

This kit comes in a sturdy generic brown tray and lid type box that has a hinged lid with locking tabs to hold it shut.

The kit is blousey. It is 3" too long and 3" too wide. Creating a letter "L" void around the parts inside.

The box art shows a civilian version of the Archangel sitting at night on a runway. I know it's a civilian one because of the civilian  code no. on the sides of it's fuselage - a white N822KH. It overall olive-drab with black anti-glare panel in front of the windscreen and black window trim around the cockpit. It has yellow propeller tips.

The model is for making a AT-802U - two seat (tandem) heavily armored military version, modified with sensors and reinforced for weapons carriage.
​WHAT'S IN THE BOX:

The instructions consists of a single sheet printed on both sides in 6" x 8 1/2" format.

It contains very busy exploded drawings on each side for assembly purposes. No coloring information is given or decal locations shown. This is unfortunate, because the decal sheet includes 2 large black letter "T" markings with some white lettering on them and outlined in yellow. I haven't a clue where these go???

The detail for the cockpit interior is extensive. There are resin parts for 2 seats, side consoles, 2 joy sticks, control levers, cockpit floor, dash board, and bulkheads. Also in the photo are the propeller blades, engine cowling, rocket pod and wheels. 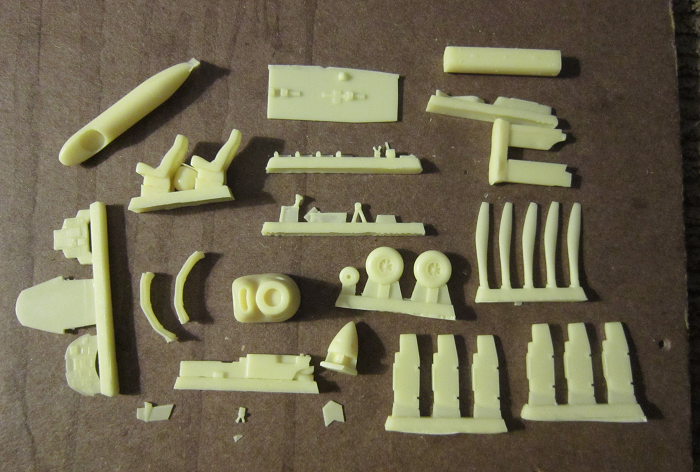 The resin fuselage halves and wings were dry-fitted by me and fit very tight and neat.

Parts are bubble and flash free. Detail is engraved. 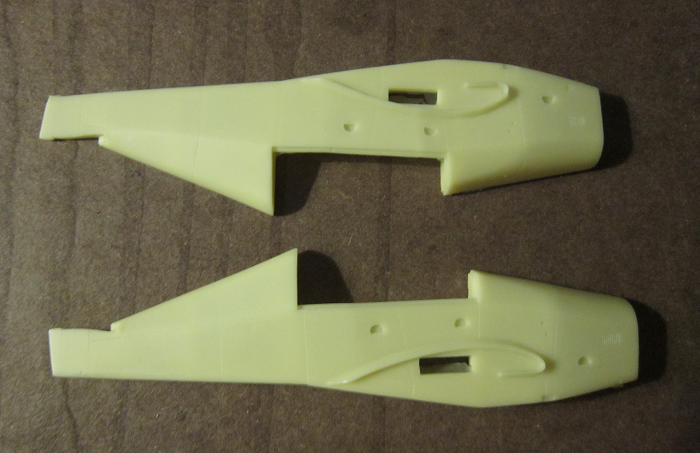 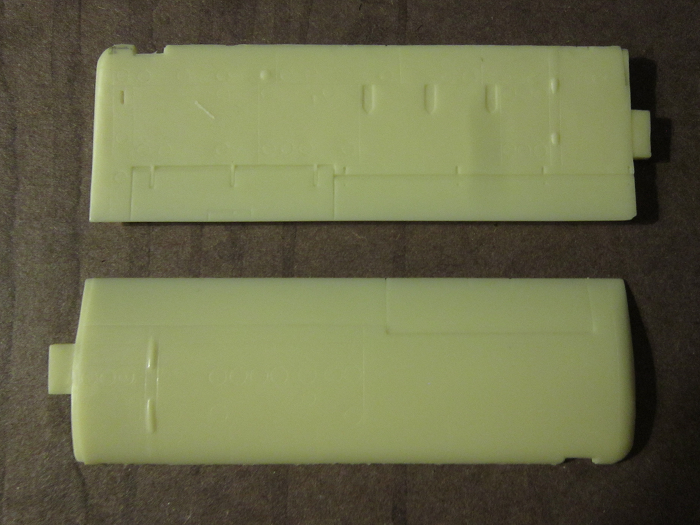 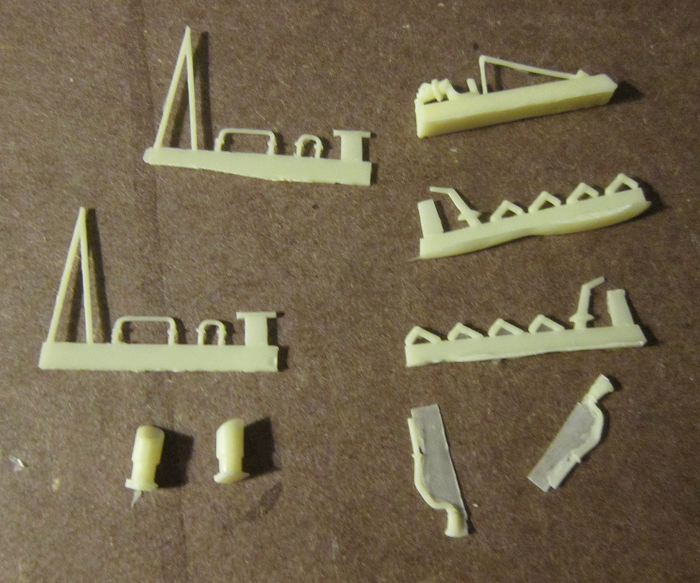 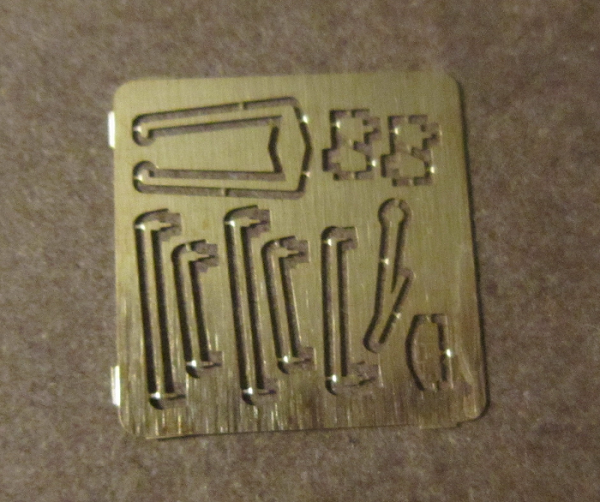 There are no crew figures included. 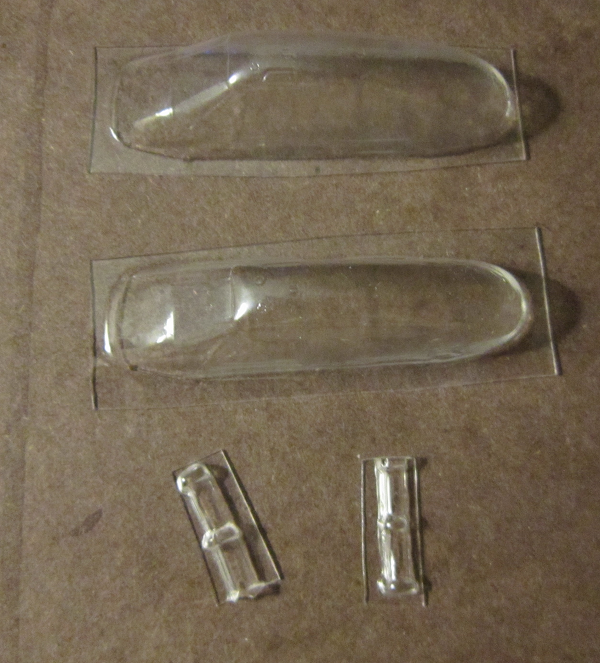 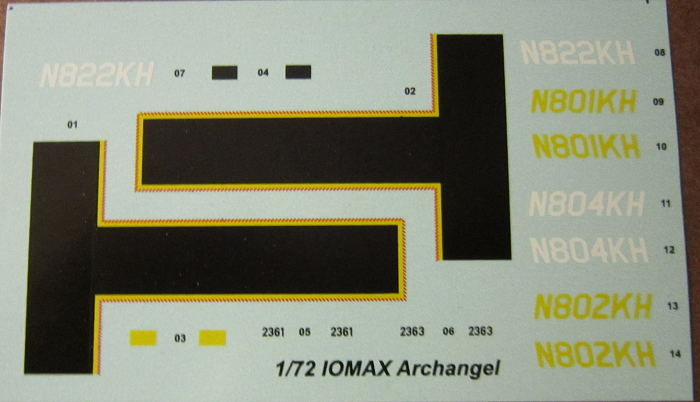 This kit is not for the novice modeler and definitely not a weekend project.

Highly recommended to modelers with advanced building skills. Assembly is by using superglue. When sanding resin, don't breath the dust.
​I want to thank Leonid Shilin, President of Croco Models for this review sample.
Contact the owner at sniff23@inbox.lv  for more information on getting yours.