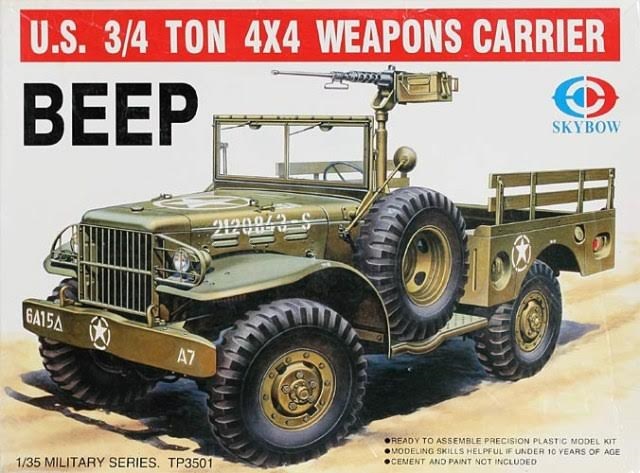 The Dodge WC series was a range of light military trucks produced by Dodge and Fargo during World War II. The series included weapon carriers, telephone installation trucks, ambulances, reconnaissance vehicles, mobile workshops and command cars. They were replaced after the war by the Dodge M-series vehicles. WC was a Dodge model code: W for 1941 and C for half-ton rating. The C code was retained for the ¾ ton and 1½ ton 6×6 Dodges.
WC-51.

WC51 Truck, Cargo, 3/4 ton, 4x4 w/o Winch Dodge (G502) Weapons Carrier. 123,541 were built. The open cab pickup could be fitted with an optional M24A1 machine gun mount, which bolted across the front of the bed. The mount could carry the M1918 Browning Automatic Rifle, the M1919 Browning machine gun, or the M2 Browning machine gun.

Skybow was a model company based in Taiwan. I strongly think the molds for this truck were also under the Max label at one time.

This is a WC51MG with the 6th Armyk, 15th Armored Division, Italy.

On a side panel is 2 walk around type color photos of the model made up in the box art scheme.

​This is followed by a single color photo of the model made up as a WC52 type with a wench on the front in the center between 2 bumper sections.  It is overall olive-drab also. The sections each have a white tip. The left one has the white number 82AB 107 and a white 1B4 on the right one. There is a large white star on the sides of the rear bed, a white number 2020498-S on the sides of the hood, a large white star on the left rear fender, a white 82AB over 1B4 on the left rear license plate and white 1B4 on the right.

A third color photo shows a WC51 in the usual overall olive-drab. It has the canvas roof support bows in place on it over the cargo bed. It has a large white star in a ring on top of the hood, the white serial number 3 triangle 391F on the left side of the front bumper, a star in the center of the bumper and C24 on the right. There is a medium-sized white star on the left rear fender, a white 3 triangle over 391F on the left rear license plate and a white C24 on the right. This truck is with the 3rd Army, 39th Infantry Regiment, France.
​The other side panel has 3 color box arts of other AFV kits that Skybow marketed:
1. Kit no. TP3506 a WC57 "Gen. Patton's command car".
2. Kit no. TP3505 a M38A1C with M40A1 105mm recoiless rifle.
3. Kit no. TP3503 a M38A1 Utilities truck

​These box arts are followed by Accurate Armor's address in Glasgow, Scotland. For what reason I'm puzzled??

These 3 schemes are the ones on the decal sheet.
​WHAT'S IN THE BOX:

This kit contains 8 olive-drab trees of parts, each tree in re-sealable cello bags, black vinyl poly-caps, a clear parts tree, a length of white string both in another cello bag, the decal sheet and the instructions.

Page 1 begins with a black and white repeat of the box art, followed by the history of the truck in English, Japanese and Chinese.

Page 2 begins with international assembly symbol explanations, followed by a paint color listing and READ BEFORE ASSEMBLY instructions in multiple languages, including English, above the 1st assembly step.

Page 3 through 10 give a balance of a grand total of 22 assembly steps.

Page 11 has two 5-views for painting and marking schemes. These 2 schemes already described above.

Page 12 has another 5-view for the 3rd scheme (already described above), over the decal application instructions and an after-market service coupon in Chinese. 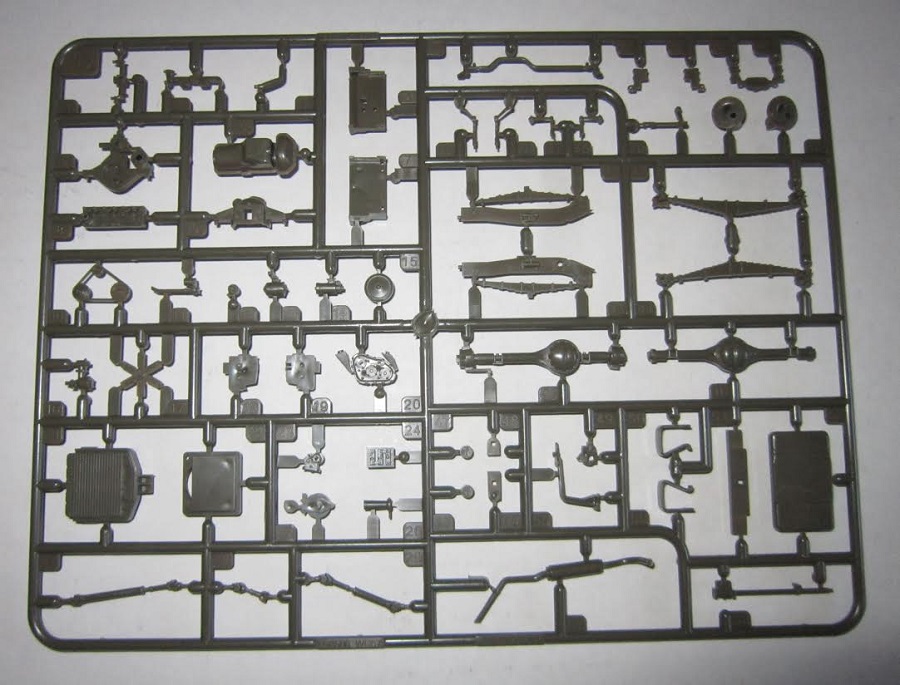 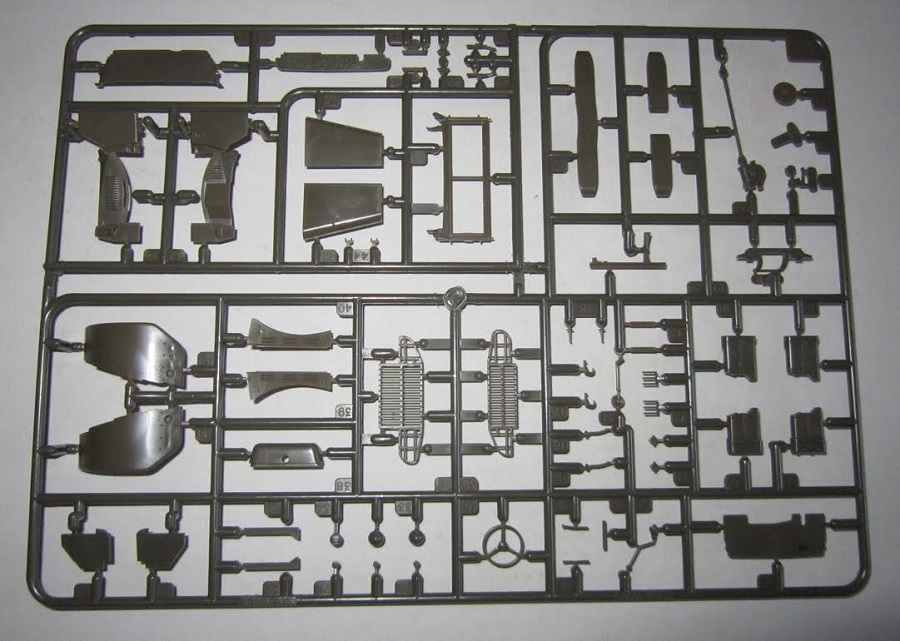 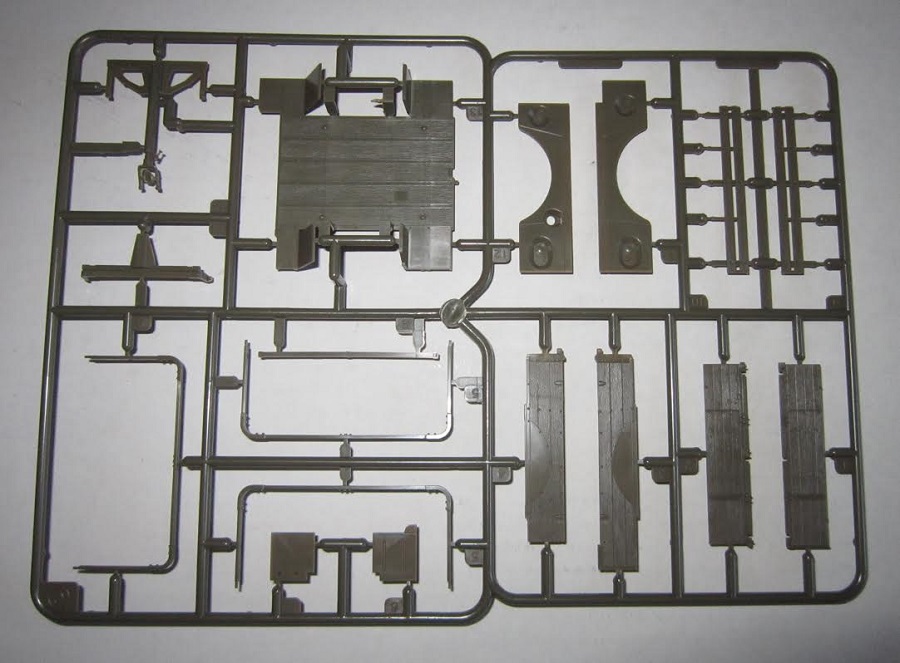 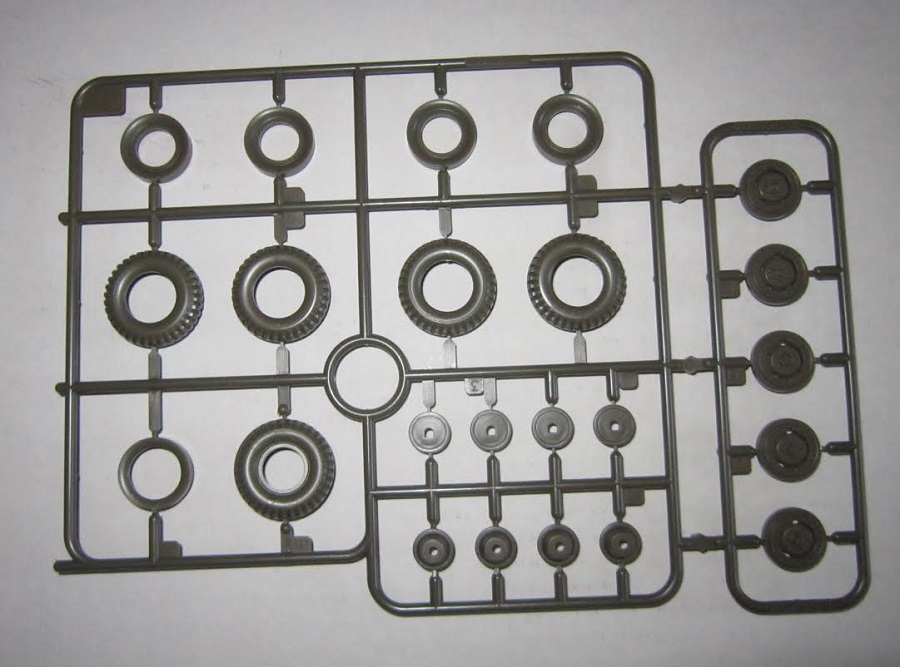 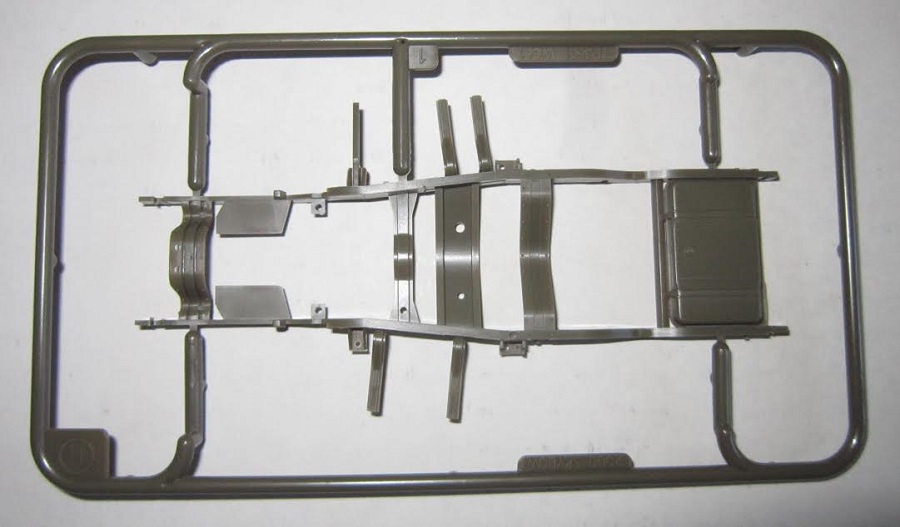 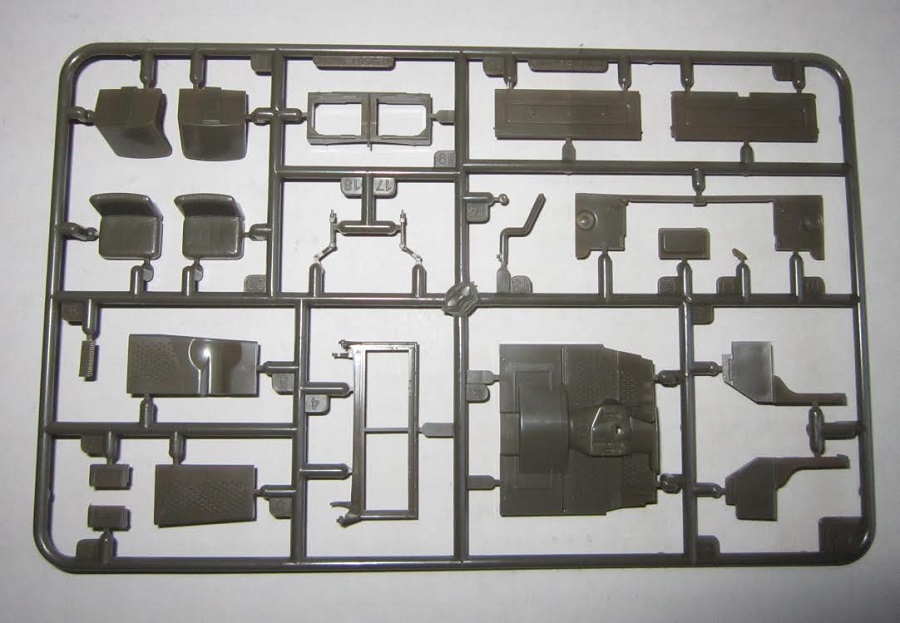 The clear tree holds the windshield and light lenses (4 parts) 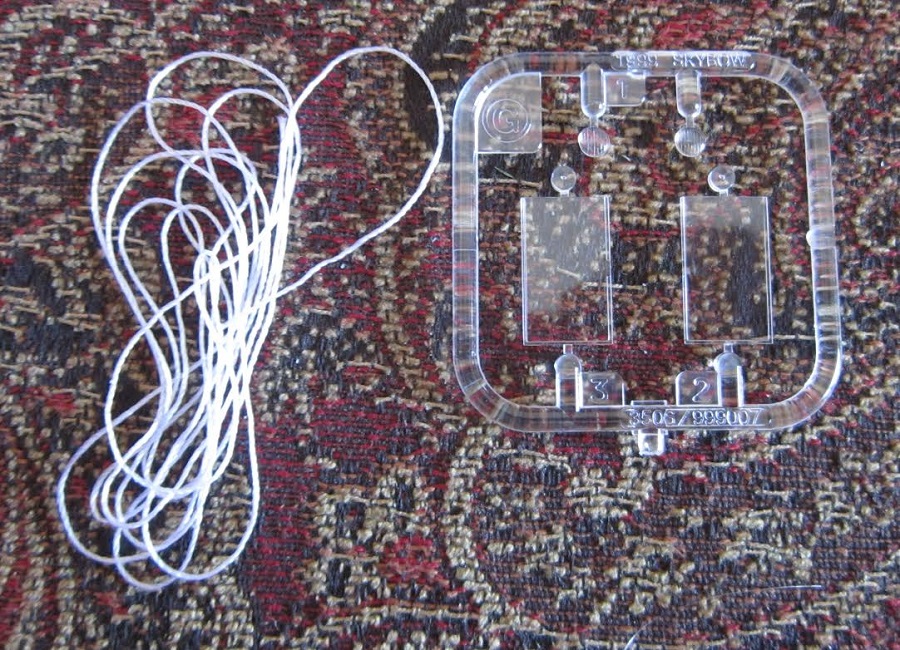 ​The length of white string and the black vinyl poly caps (6 of them) and the decal sheet completes the kits contents. 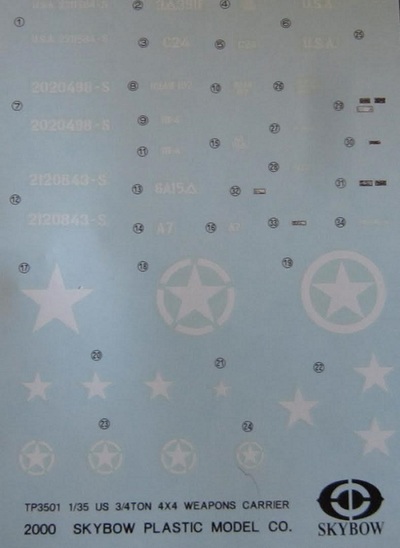 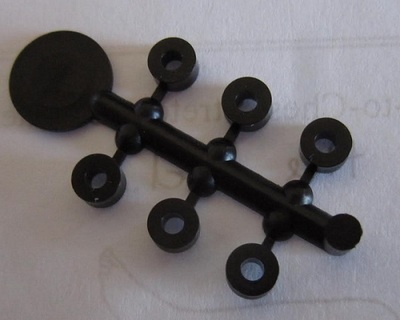 I think this kit is pretty nice. Only wish that there were some figures to put in it.