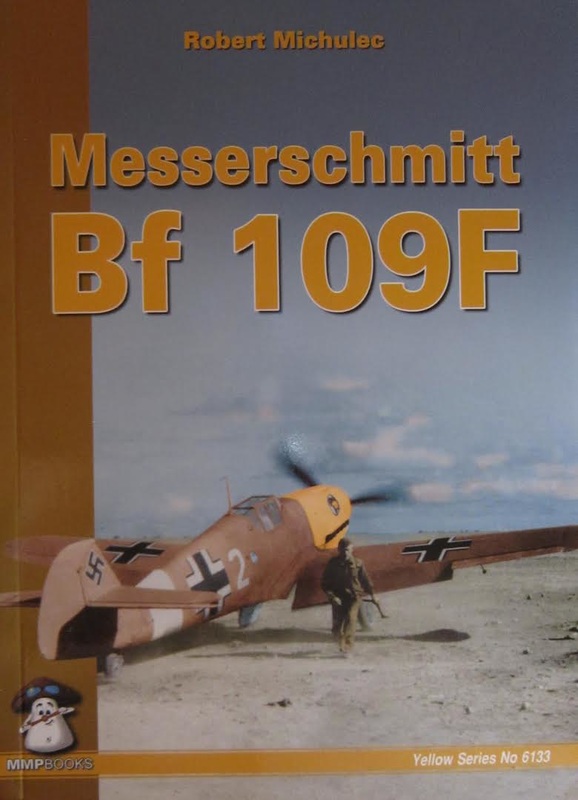 Considered by many as the high-water mark of Bf 109 development, the F series abandoned the wing cannon and concentrated all armament in the forward fuselage with a pair of synchronized machine guns above and a single 15 or 20 mm Motorkanone-mount cannon behind the engine, the latter firing between the cylinder banks and through the propeller hub.

This configuration was used by all subsequent variants. A handful of Bf 109Fs were used late in the Battle of Britain in 1940, but the variant only came into wide use in the first half of 1941
This is a combination package of model decals and a book. Both are inside a loose paper jacket.

The cover art of this jacket shows a color top view of a Bf-109 and a list of the decals that are on the decal sheet that is sandwiched into the book inside:

All these markings are on the two decal sheets inside in 1/72nd & 1/48th scale. The decals are in a sealed cello bag and sandwiched loose in the book inside the paper jacket. 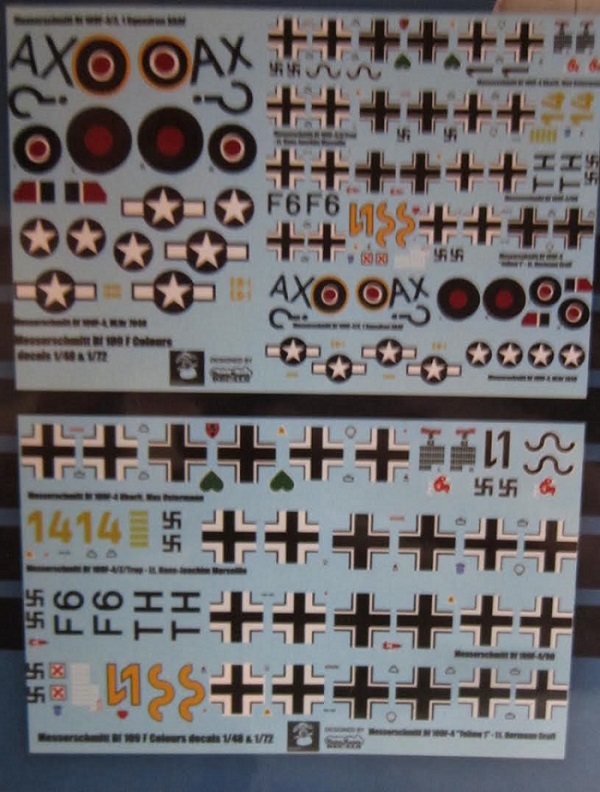 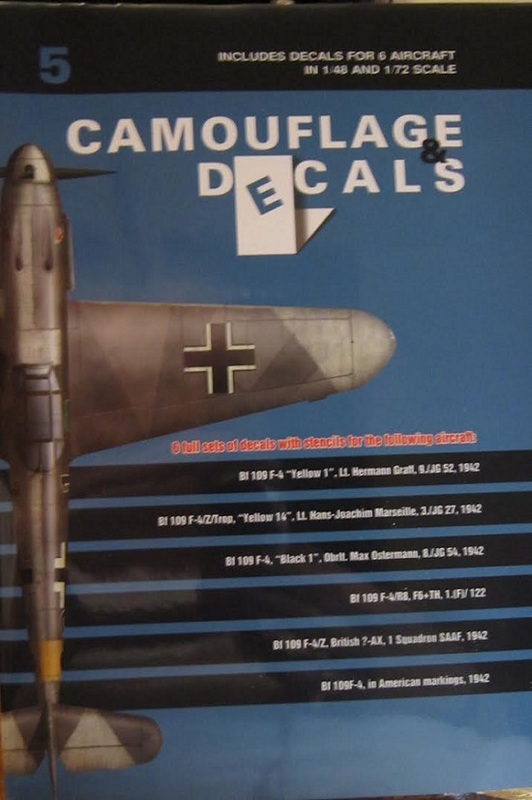 The cover shows a Bf-109F facing away from you on a dirt airfield with a crewman walking beside it. It is overall Afrika Korps sand color with a yellow nose, white fuselage band and a white 2 on the fuselage sides. There is a round squadron logo on the side of the nose, but you cannot make out what it is.

There are 62 tech manual illustrations, including ones of the engines, cockpit interiors and armament of 109F variants.

There are 2 data lists.

Color illustrations are of:

There is one lone wartime color photo.

This is a neat little PACKAGE, with the decals and the book together. I look forward to get others in this series.

I want to thank Dr. Roger Wallsgrove, Editor-in-chief of MMP books and the folks at Casemate Publishing who sent me this great book.

This book and 2 other were sent me in a heavily padded envelope.

All MMP book titles can be seen on their web site at:
http://www.mmpbooks.biz