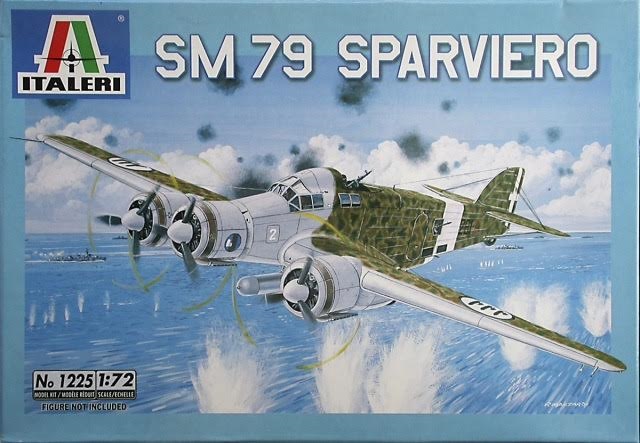 The Savoia-Marchetti S.M.79 was an Italian medium bomber. The S.M.79 Sparviero (Hawk) was the most famous and successful Italian military aircraft of WWII. It began as a design by Alessandro Marchetti of the famous firm of Savoia-Marchetti at Sesto Calende for a fast, long-range, record-breaking aircraft. It was later adopted for military purposes as a conventional bomber, finally becoming the outstanding land-based torpedo-bomber of its period (subject of this kit).

The S.M.79 was of mixed construction, the fuselage being built up of welded steel tubing. The covering, forward and over the middle fuselage was of dural sheet. The rest of the fuselage and the tail unit were covered with plywood and fabric. The wooden three-spar wing was built as a single unit and contained 10 fuel tanks. These, with 2 others, in the engine nacelles had a total of 3650 liters (900 imp gal) of fuel. Camber-changing flaps were fitted to the inboard trailing edges of the wings, while the ailerons outboard could also serve as flaps. Stability at low speed was maintained by Handley-Page leading-edge automatic slots. Pilot and copilot were seated side by side in the glazed control cabin. Immediately behind them were the flight engineer (to port) and the radio operator (to starboard).

The first S.M.79 bombers entered military service, after passing tests with flying colors, in late 1936. During 1937, three Stormi, each with 4 Squadriglie were operated in Spain supporting the forces of General Franco and making heavy attacks on Mediterranean ports in government (Republican) hands. Main activities of the S.M.79’s were directed to the Mediterranean sector proper. They formed the backbone of attacks on Malta from bases in Sicily and made courageous and very effective torpedo attacks on convoys and Allied naval vessels. For these attacks they carried a single 45-cm (17.7 in.) torpedo slung under the fuselage and offset to port.
​THE KIT:

Italeri is an older prolific model company based in Italy. They make all manner of model subjects in the popular scales.

This kit came in a shrink-wrapped  tray and lid type box.

The box art shows a S.M.79 making a torpedo run on a group of ships while under anti-aircraft fire. It is in the markings of aircraft number 2 of the 281st Squadriglia, Rhodes 1941 (marking included on the decal sheet in the kit).
​WHAT'S IN THE BOX:

Inside the kit are 2 large light gray trees of parts (not cello-bagged), a tree of clear parts (in a cello), the decal sheet and the instructions.

The instructions consist of a single large sheet that is accordion folded into 10 pages in 7 3/4" x 13" page format.

Page 1 begins with a one paragraph history of the aircraft in 6 languages, including English. This is followed by “Attention – useful advice” in 11 languages.

Page 2 shows the parts tree illustrations, followed by a listing of Model Master paint colors to use to camouflage the model.

Pages 3 through 7 give a total of 13 assembly steps. The roof hatch and fuselage door can be positioned open or closed.

Pages 8 and 9 give painting and marking schemes for 4 different aircraft:

The bottom of page 9 gives the decal application instructions in 9 languages.

Page 10 gives “Important information concerning this kit” in no less that 20 languages. This is followed by a customer service form to send to Italeri requesting any problems with the kit. 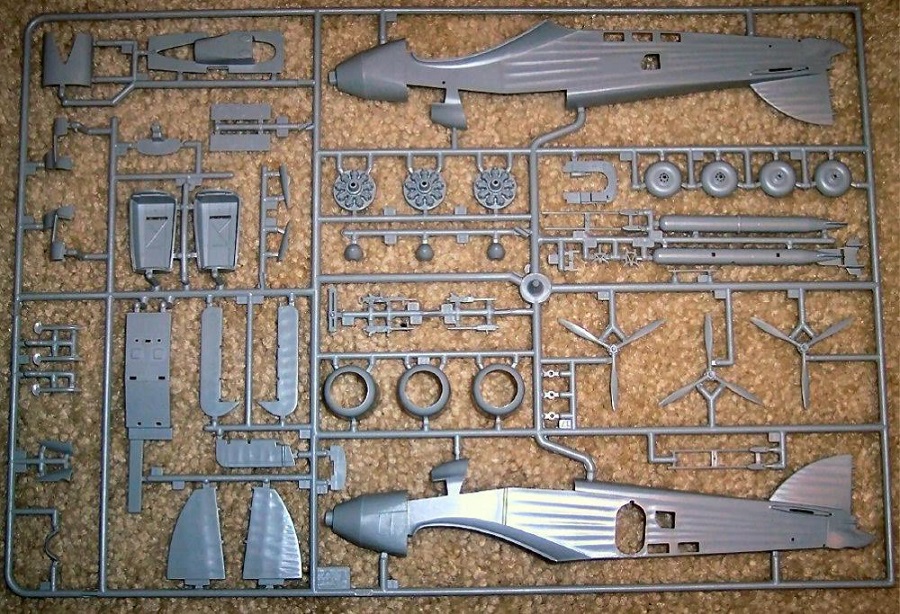 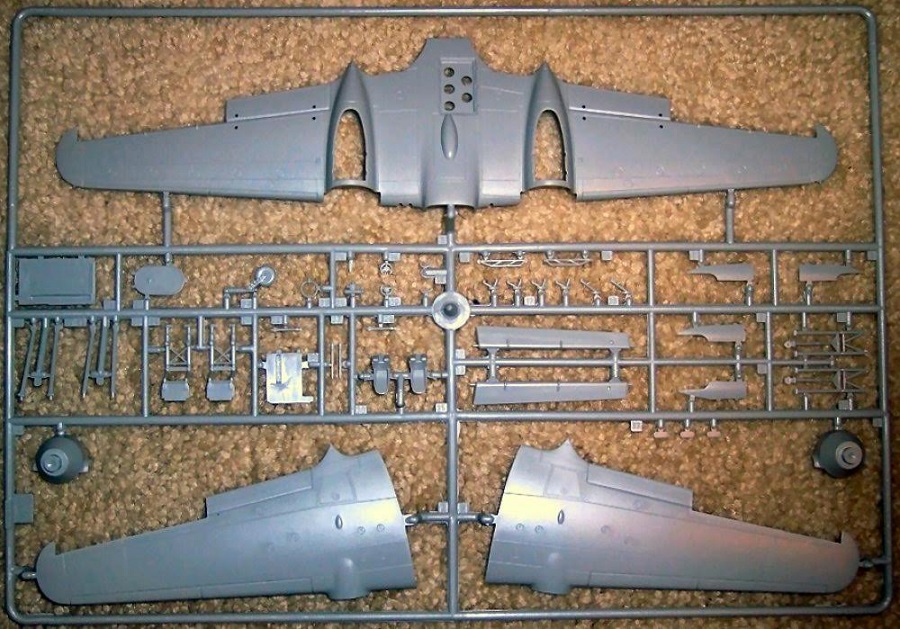 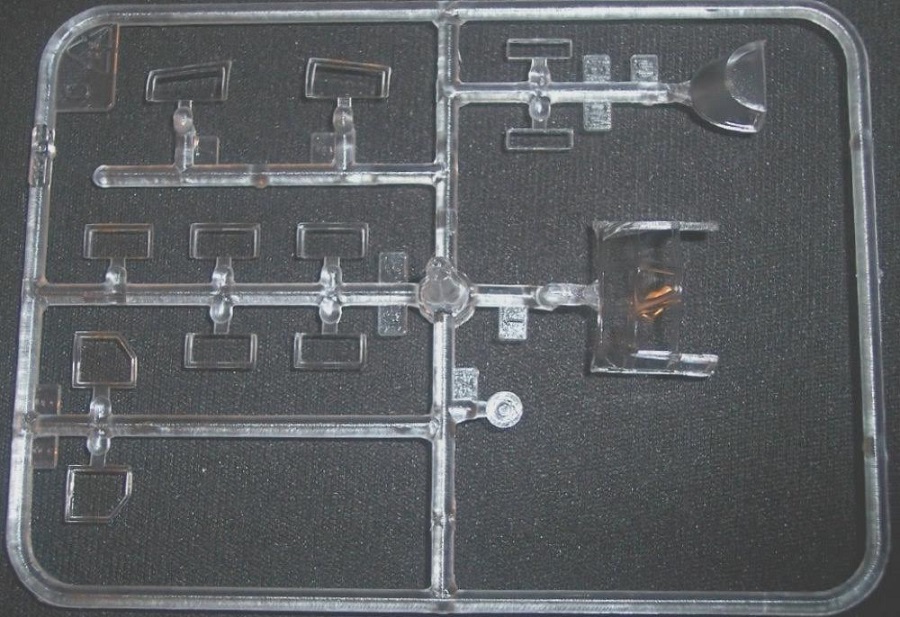 ​The decal sheet holds the markings for the 4 different aircraft plus a dashboard dials. It came with a frosted sheet of paper to protect its face, but that was floating around loose, so I stapled it to one end of the decal sheet. 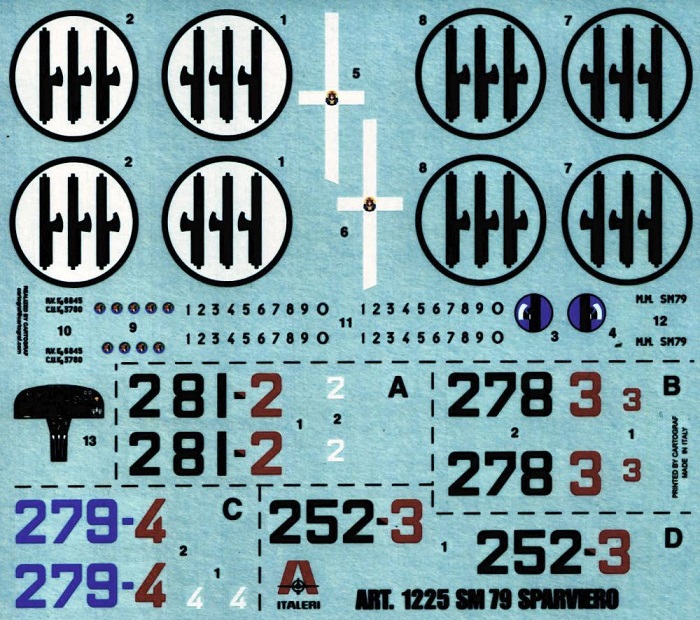 I bought my kit at a hobby shop in Valparaiso, IN, while there for the Duneland IPMS contest years ago, for $24.95 according to the price sticker still on the box.

The kit is very nicely detailed and better than the old Airfix kit that I built years ago. I am a WWII Italian aircraft nut of sorts and really like this kit.
Recommended to modelers of 1/72nd scale WWII Axis aircraft. The kit says it is for children over 10 years of age.