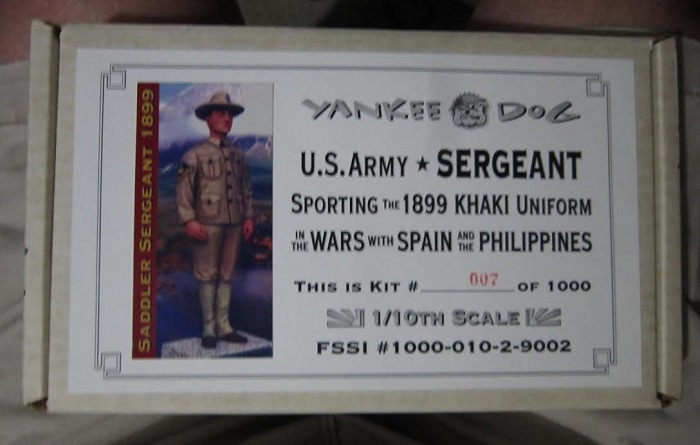 MSRP: $44.98 in 1998. Kit now out of production.
​This new figure kit comes to this reviewer all the way from Pacific Monographs in the state of Hawaii.

Right up front I have to say that I am not all that up on figures, but this one looks quite nice. The title of this review tells about as much history as I know about the subject so letís get down to what is in the box.

You might be wondering about the serial number of the kit. This is the new Federation of Small Scale Industries indexing system for model kits. Similar to the standardized system used in ISBN system for books.

The FSSI system is designed to make tracking of model kits easier and more international. I have never seen this before.

The kit comes in a very sturdy white box that hinges and has tuck in lock tabs. The box art is a white sticker with a photo of the figure made up on it's display base in color.

The six light tan resin parts consist of the Stetson hat, the head, the body (neck to knees), the left and right arms, the shoes with gaiters, and a base. 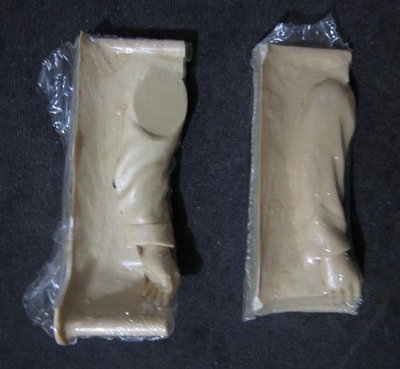 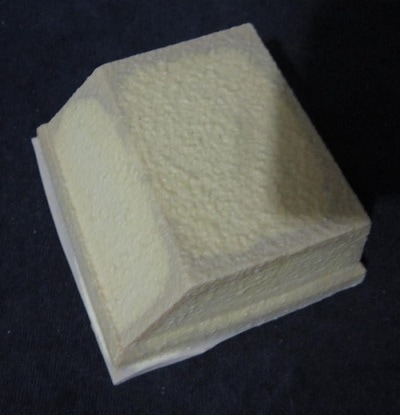 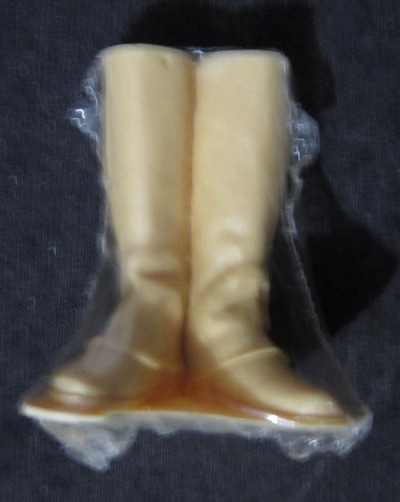 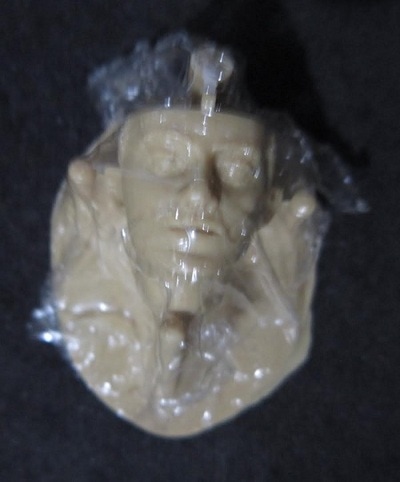 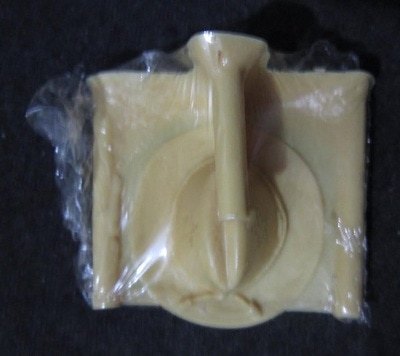 ​They are tightly wrapped in shrink wrap and the PE fret is in a zip locked cello bag.

All the contents are cushioned with styrofoam peanuts. Very sturdy packing.

There are some rather large pour gates on these parts and a friend of mine, who does resin fantasy figures all the time tells me that these are best removed with a cut-off wheel in a Dremel tool. He said not to cut too close to the parts with this – and please wear a dust mask while doing it – because resin dust is almost as nasty as breathing asbestos.

He said to then finish up removing the pour blocks by using a ball shaped bit in the Dremel, and then the needle files etc.

I really dread looking forward to doing this. Those pour gates are HUGE.

The molding looks top notch. I detected absolutely no surface bubbles, which seem to be the bug-a-boos when it comes to resin models. I particularly liked the fine molding on his Stetson hat – the tossle on the front and the ventilation holes on the side – in the shape of a star are very nice.

The instructions consist of a single sheet in 8 1/2" x 11" format, printed on both sides.
One side has text about how to proceed with building the figure etc. The reverse side has an exploded drawing of the figure and his buttons and division and branch ensignias and what colors to use. 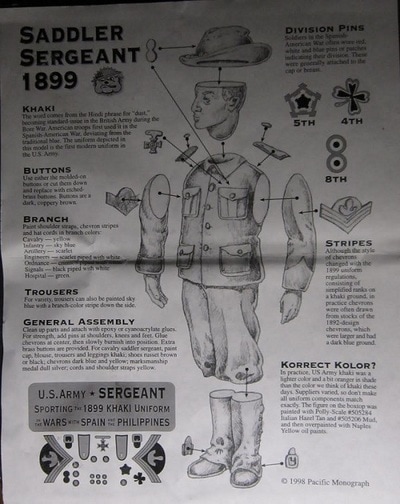 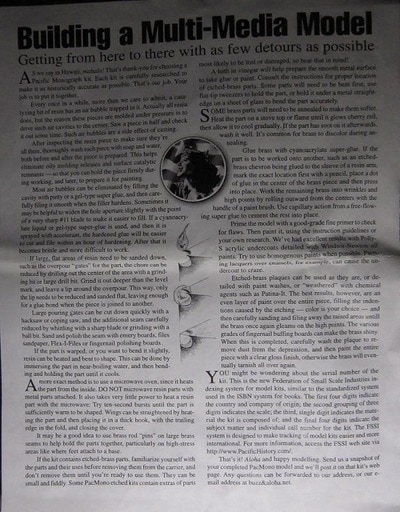 ​The icing on the cake in this kit is the fact that all the rank patches, medals, and other insignia come as P.E. parts!! They are double-etched and very nicely done. 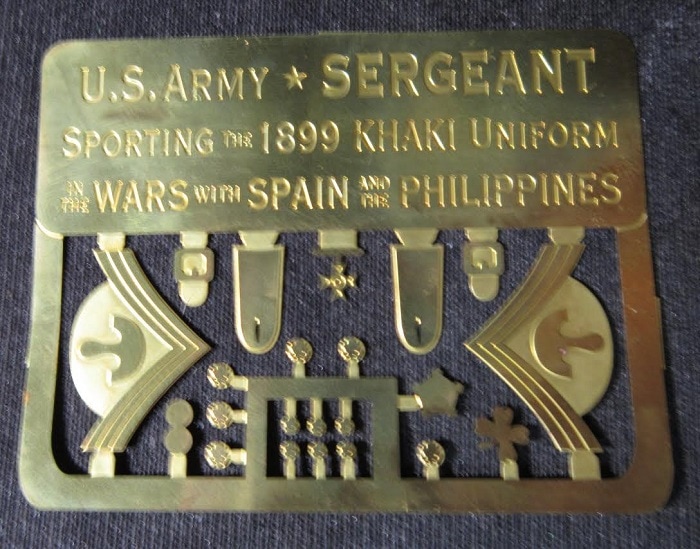 Burl has used a 'static pose' or the figure is at attention on purpose. He wants to have a soldier with realistic features and accuracy, with interchangeable parts, so that you can eventually make any American from this period (1890-1940). I can understand the reasoning behind that but would have preferred some weapons with him in an action pose. That is just my personal preference and what is there is very nicely done.

Pacific Monographs was located in Kailua, Hawaii. I think they went out of business.

I want to thank Burl for this review sample that he sent me back in the 90's. He said that there are other products on his web site – but this reviewer could not seem to bring the site up on my computer back then or now.
​I am willing to sell this kit if I get a decent offer + postage.